Accessibility links
The Science Of Being 'Top Dog' Some people think competition is an art. Others believe it's a skill. A new book suggests it might be neither — and that there is a science behind winning. Host Michel Martin speaks with authors Po Bronson and Ashley Merryman about Top Dog: The Science of Winning and Losing. 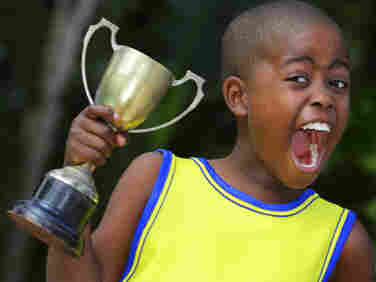 Following their best-selling book, NurtureShock: New Thinking About Children, Bronson and Ashley Merryman teamed up again for Top Dog: The Science of Winning and Losing.

Bronson says "risk-taking is a crucial quality of competitiveness." Science shows that "if you focus on the odds, you tend not to take the risk," he says.

He points to an evident gender bias when it comes to risk. The book states that women tend to be really good at assessing their own odds, while "men are good at ignoring the odds." This can be a good thing, though, Bronson says: "There's times in our life that ignoring the odds is crucial." 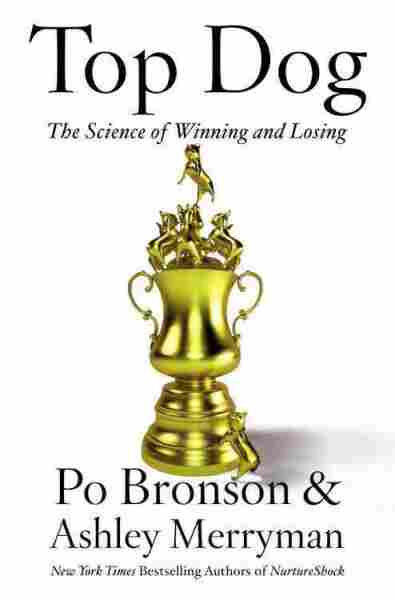 The Science of Winning and Losing

Bronson admits that discovering gender differences in competitive styles was a hard thing to accept. "As the son of a feminist single working mother, I've never given gender differences much hay before in my life," he says. "But here, the science was showing gaps in differences between men and women that were too large to ignore."

Merryman points to women's skills at "careful risk analysis and ability to judge really well" as a blessing and a curse. She says that while they are assets on Wall Street, for example, those skills could also work against women. While men can tend to be overconfident, women "will apply that same careful risk analysis to her own work," she says. "Rather than overselling herself, she's underselling herself."

Bronson says research has shown that at a younger age, women handle competition better than men, especially at elite schools. "Kids keep score," he points out. "They're very conscious of how they rank versus other people around them, boys especially so."

And "whether girls are on top or in the middle or slightly below," he says, "they do terrific in elite schools." Boys, however, struggle if they are not on top. "Being a little fish in a big pond is a particularly bad experience for them," he says. "Girls can handle it."

But are we better off knowing these things?

"We definitely don't want to use any of the science to pigeonhole people," Merryman says, but what the authors learned shouldn't be ignored. "There isn't an ideal type of competitor," she says. "Po and I write about how people can be playing to win or playing not to lose."