Accessibility links
Supreme Court Considers If Warrantless DNA Swab Violates Constitution Twenty-eight states and the federal government have enacted laws that provide for automatic DNA collection from people at the time of their arrest. The question is whether it is unconstitutional to do that without a warrant, for the sole purpose of checking the DNA against a national crime scene database. 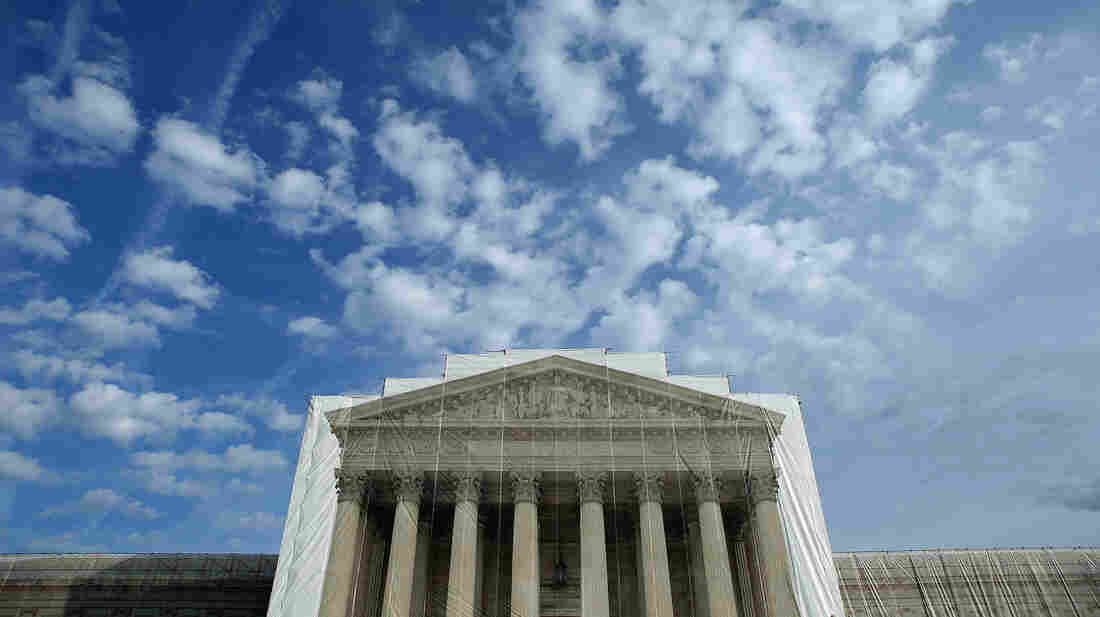 On Tuesday, the U.S. Supreme Court hears arguments in a case about the collection of DNA evidence, and whether the Fourth Amendment prohibits police from obtaining DNA samples before conviction without a warrant. Chip Somodevilla/Getty Images hide caption 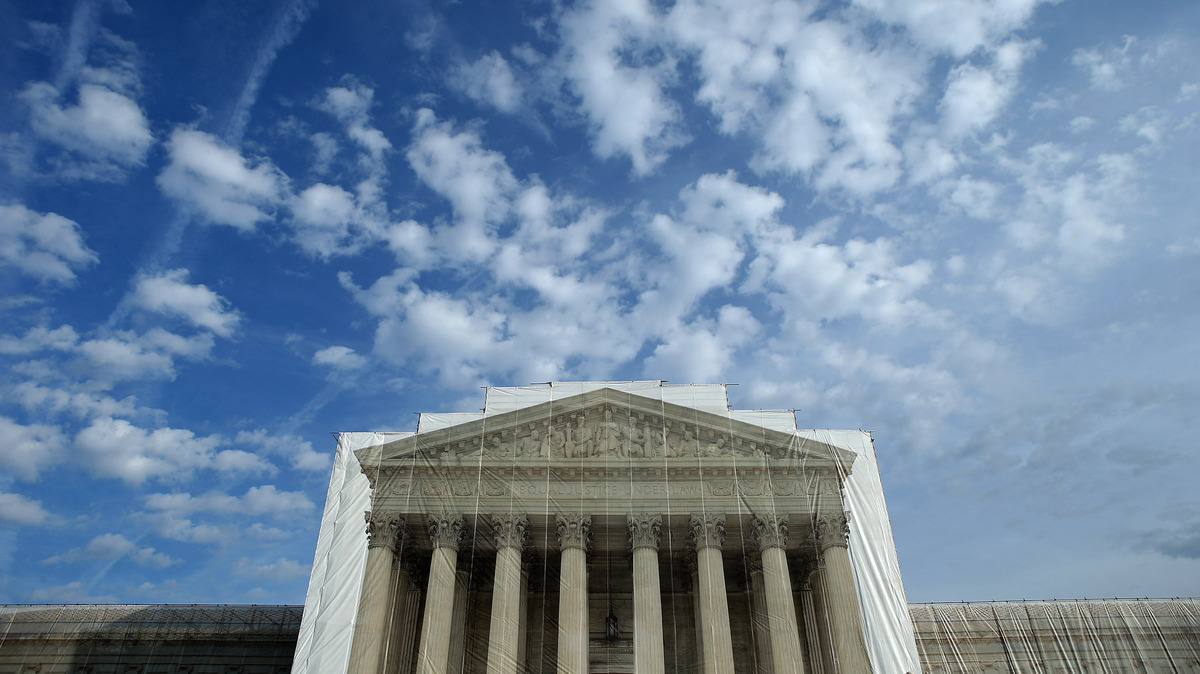 On Tuesday, the U.S. Supreme Court hears arguments in a case about the collection of DNA evidence, and whether the Fourth Amendment prohibits police from obtaining DNA samples before conviction without a warrant.

The U.S. Supreme Court hears arguments on Tuesday in a case that could throw a monkey wrench into the widespread use of DNA testing — a case that pits modern technology against notions of personal privacy.

Twenty-eight states and the federal government have enacted laws that provide for automatic DNA collection from people at the time of their arrest. The question is whether it is unconstitutional to do that without a warrant, for the sole purpose of checking the DNA against a national DNA crime scene database.

It is well-established that police can conduct such tests once an individual is convicted. This case asks whether the same is true for people arrested but not yet tried or convicted.

The case before the court stems from the Maryland arrest of Alonzo King in 2009 on assault charges. Police, following state law, swabbed King's cheek to get a DNA sample, and then submitted the sample to the federal DNA database to see if there were any matches.

The database eventually came up with a hit, matching King's DNA to DNA found from a rape kit six years earlier. A masked man had broken into the home of a 53-year-old woman and raped her while holding a gun to her head. King was subsequently tried for the rape and sentenced to life in prison.

But the conviction was thrown out by the Maryland Court of Appeals. The state court noted that King was presumed innocent at the time of the initial arrest and that his DNA was not taken to prove that charge. Therefore, the state court concluded, the DNA collection was nothing more than a state fishing expedition for anything prosecutors could catch.

Representing Alonzo King, Kannon Shanmugam will tell the court that swabbing people who have not been convicted of a crime, in hopes of finding a match to a different crime, amounts to a dragnet search of the kind the Founding Fathers sought to prevent by enacting the Fourth Amendment.

"The default rule under the Fourth Amendment is that when a search takes place, it has to be supported either by a warrant issued by a magistrate or by some level of individualized suspicion," Shanmugam said. And neither is required under Maryland law, or any of the other laws mandating DNA collection.

In fact, some DNA laws are more far-reaching. Maryland collects DNA only from those arrested for a serious crime. But as lawyer Shanmugam points out, federal law is not limited to those accused of felonies.

"As matters currently stand, if you are arrested for any federal offense, including speeding on the GW Parkway, the federal government will, as a matter of course, collect your DNA and prepare a profile and enter it into the federal database," he said.

Maryland Attorney General Douglas Gansler counters that regardless, the intrusion from DNA collection is "de minimis" — that is, it's negligible — compared with other privacy intrusions when an individual is arrested.

Prosecutors and advocates for victims' rights contend there is no difference between DNA testing and fingerprinting, calling it "the fingerprint of the 21st century."

Indeed, the comparison with fingerprinting is a big hurdle to overcome for those challenging Maryland's law. Defense lawyer Shanmugam will tell the justices that fingerprinting is different because it does not involve "any intrusion into the body." Moreover, he will argue that fingerprinting is used primarily to determine the name and identity of the individual in custody, while DNA is generally collected and used to investigate past, unsolved crimes.

He also notes that a complete DNA analysis can reveal a "treasure-trove" of information about an individual's medical and personal history. Allowing the state to have access to the information, without a warrant or some individualized suspicion, he says, is like loading an information gun to invade people's privacy.

State Attorney General Gansler rejects that argument, declaring: "There's never been an allegation that I'm aware of in the history of the United States ... that any police department has ever gone beyond using DNA" as it was used in this case — to see if there is a match to an unsolved crime.

Gansler points out that Maryland's law limits DNA analysis to the small portion of information that experts use to match evidence from a crime scene. But defense lawyer Shanmugam calls that argument a " 'trust us' theory."

Ultimately, law enforcement authorities view DNA as the gold standard in crime detection. The push to add DNA profiles and crime scene DNA to the federal database is fueled by the idea that lives can be saved if serial rapists and murderers can be detected early in their careers and taken off the streets after one or two crimes, instead of a dozen or more.

The odds are that the Supreme Court will agree. The court issued a relatively rare order that permits Maryland to continue DNA collection while the justices consider the case.