Accessibility links
Sanctions Bite, But Iran Shows No Signs Of Budging A new round of talks on Iran's nuclear program is under way. But international sanctions haven't led to the type of concessions the West hoped for, and prospects for a breakthrough are limited. 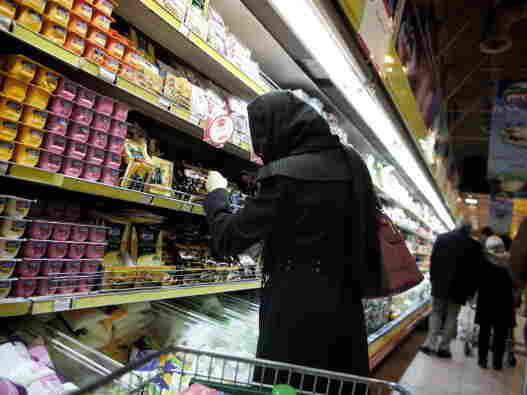 An Iranian woman shops at a supermarket in the capital, Tehran, on Feb. 22. International sanctions have hurt Iran's economy, but prospects for a breakthrough on Iran's nuclear program are dim as negotiators meet in Kazakhstan. Behrouz Mehri/AFP/Getty Images hide caption

A new round of international talks on Iran's nuclear program is under way in Kazakhstan, where the U.S., Britain, France, China, Russia and Germany are asking Iran to give up any thought of building a nuclear weapon in exchange for relief from sanctions.

Western leaders do not predict a breakthrough, but they say small steps could be taken that would increase confidence on both sides.

Still, it's hard to imagine how such negotiations could proceed with lower expectations for progress. 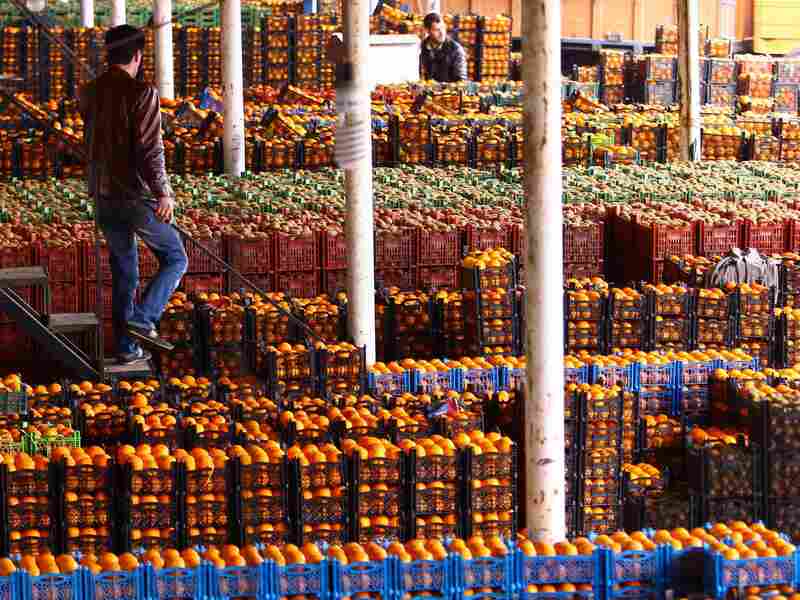 A view of fruit market in the northern Iranian city of Tonekabon. Abedin Taherkenareh/EPA/Landov hide caption 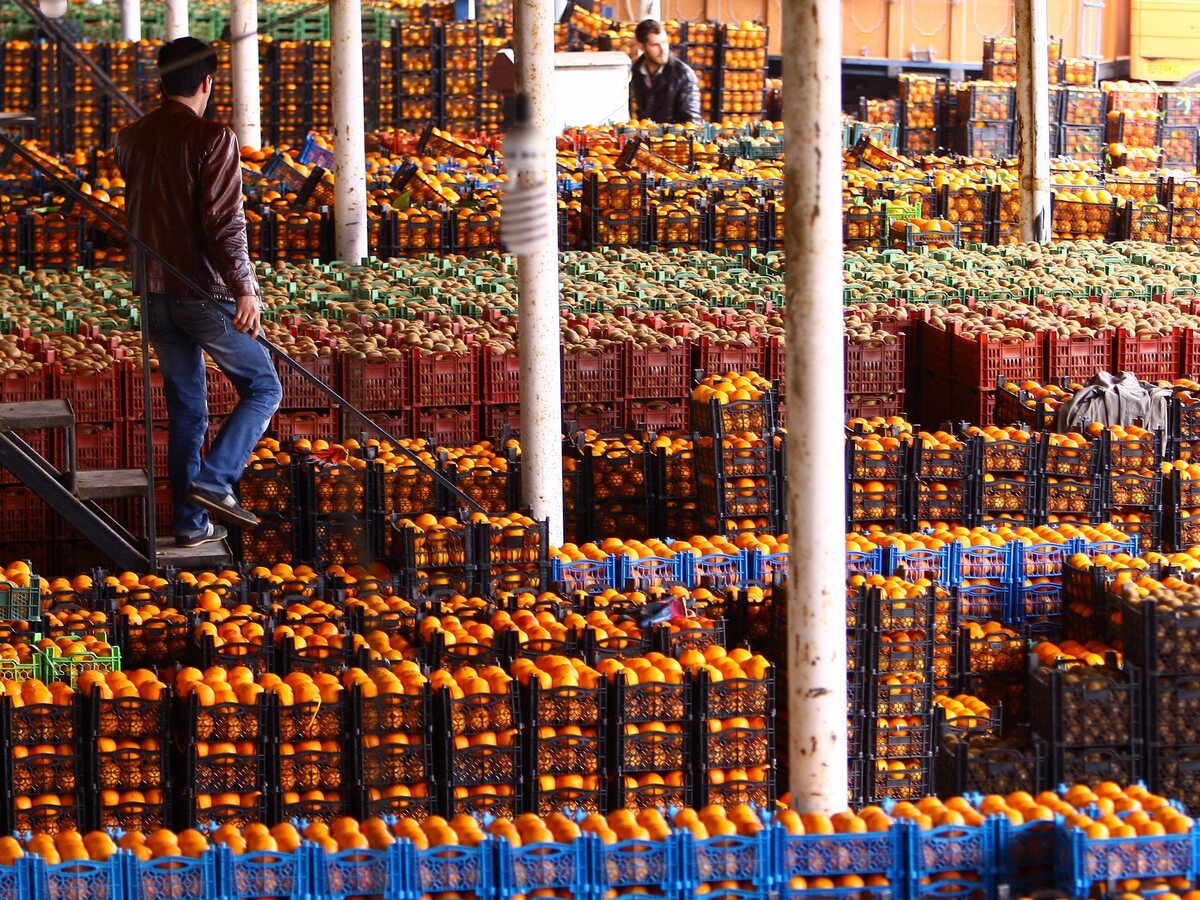 A view of fruit market in the northern Iranian city of Tonekabon.

"If you sat people down, they would tell you that in a perfect world they would love to work something out," says Jeffrey Lewis, director of the East Asia program at the Center for Nonproliferation Studies. "But I think that there is so much mistrust and it is so hard to imagine a deal that at least for the foreseeable future, I just see stalemate."

The hope has been that the pain of sanctions would compel the Iranian government to consider concessions the Western powers are seeking. So far, there's no outward sign of that. The International Atomic Energy Agency reported last week that Iran is installing new advanced centrifuge machines for enriching uranium.

Gary Milhollin, president of the Wisconsin Project on Nuclear Arms Control, sees Iran getting to the point where it could enrich uranium to weapons grade purity with the world barely seeing it happen.

Western governments had hoped that even if sanctions did not affect Iranian decision-making, the restrictions on trade would at least make it more difficult for the country to get the equipment and technology it needs to develop its nuclear capability. So far, that's not evident. Milhollin points to the sophisticated rotors that go into a centrifuge.

[Iran and North Korea] have been heavily sanctioned and I think that cooperation allows them to skirt different problems."

Lee Smith, Foundation for the Defense of Democracies

"They're made out of carbon fiber, and the technology for making them is controlled for export, and it's rather demanding," he says. "But they're now deploying centrifuges that use that technology, so somehow they've managed to get around that."

With a presidential election in Iran coming up in June and fierce infighting in the meantime, the political environment is not conducive to compromise.

Plus, the Iranians could look to North Korea and conclude that at some point the outside world may simply have to acquiesce to a nuclear weapons program. Iran and North Korea have collaborated on missile development already. Now there are concerns that this collaboration could extend to weapons development.

Some reports placed Iranian scientists on scene at the recent nuclear weapon test in North Korea. Lee Smith of the Foundation for the Defense of Democracies thinks Iran and North Korea have reason to work together on their nuclear program.

Blocking Iran With A Global Game Of Nuclear 'Keep Away'

"Both of these regimes have been heavily sanctioned and I think that cooperation allows them to skirt different problems," Smith says.

Jeffrey Lewis of the Center for Nonproliferation Studies says even if an Iranian or two watched the nuclear weapon test in North Korea, it doesn't necessarily mean Iran is "outsourcing" nuclear weapons research to the North Koreans.

"It's possible to invite people to tests, but simply being there to observe doesn't really pose a huge threat in and of itself," Lewis says. "What's really interesting is the information that goes back and forth."

But Western intelligence agencies don't know that much about what's going on in North Korea or Iran or between the two countries.

Not knowing, for example, whether there are secret enrichment sites in Iran, Western officials can't say for sure how long it would take the Iranians to build a nuclear weapon should they decide to do so.

For now, U.S. intelligence agencies are sticking with their assessment that Iran has not yet made that decision. As long as that is true, the world powers can hope there is a package of inducements attractive enough to the Iranians that they will conclude it is not in their interests to pursue a nuclear weapon.