Accessibility links
Richard Thompson: The Acoustics Behind 'Electric' Here, Thompson discusses his new album, Electric, and performs selections from it live in the studio. 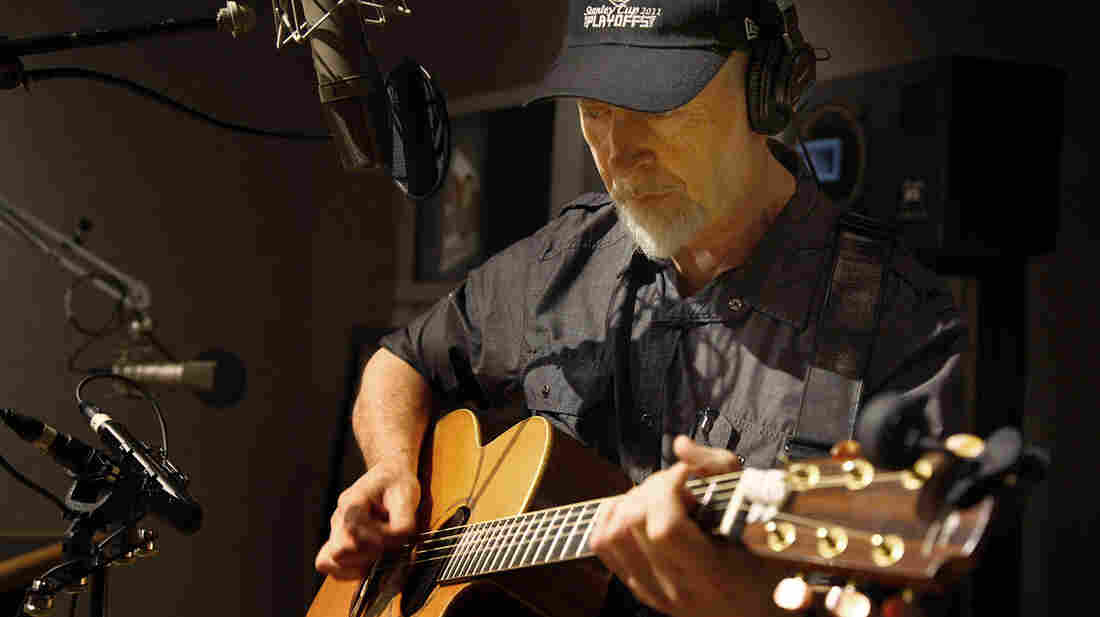 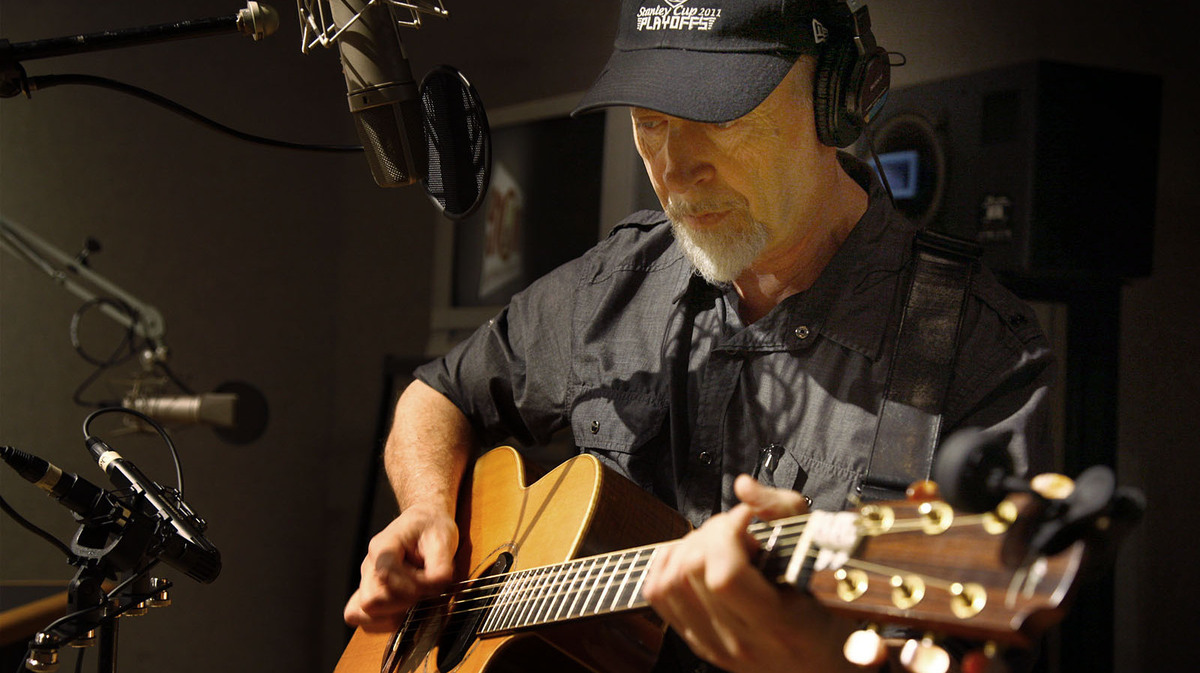 Richard Thompson performs live at the All Things Considered studio.

Guitar players will hear the pure, ringing tones conjured by 10 fingers that seem to be doing the work of 20 and say, "Oh, for sure — that's Richard Thompson."

That nimble guitar work frames songs that are like perfectly crafted short stories, often dark and biting. Thompson started out in 1967 with the British folk-rock band Fairport Convention, followed by a long musical partnership with his then-wife, Linda Thompson. For the past 30 years, he's had a dynamic solo career, in which he's infused rock and jazz into traditional folk music.

Thompson brought his acoustic Lowden guitar to All Things Considered to play selections from the new Electric — his 21st solo album — and speak with NPR's Melissa Block.

On his distinctive picking style

"[I play] with a flatpick, and I play fingerstyle, as well — a pick and two other fingers. It's a very convenient, useful thing: There are some things you can do that you can't do with any other style. ... If you're a solo accompanist, it's good to be able to make a big noise — just to make it sound more orchestral; to make it more interesting."

"If you stop thinking that you're going to find new things every day, then you might as well just give up and go fishing or something. Music has to be exploratory, and you have to be finding new things. I'm basically self-taught: I did some classical lessons very, very early on, but there's big gaps. So I'm always trying to learn about harmony. In the last five years or so, I've been listening to classical composers — people like Benjamin Britten, Shostakovich — just because I love the harmony and the kind of dissonance that they put into their music. "

On his changing relationship to his characters

"If you are a songwriter, you keep revisiting your songs all the time, because you're performing them. So you might have a song that you wrote when you were 18, as indeed I do, that people request. And I have to keep reimagining and revisiting. And as I'm singing the songs, I get different pictures. Every night, the little movie is a little different ... otherwise I might go crazy."

On the physical strain of playing music

"In the middle of a tour, I'll often — if there's a day off — I won't play. I'll just let the blisters get better. Things physically hurt sometimes: fingers, joints, elbows, wrists, whatever. You're kind of punishing your body, you know. And sometimes, you really have to take the opportunity to let stuff rest."

Richard Thompson Live In The Studio

Saving the Good Stuff For You

Saving The Good Stuff For You