Accessibility links
At 85, 'Old-School' Politician Shows No Signs Of Quitting Elected in 1956, Wisconsin state Sen. Fred Risser is the longest-serving state lawmaker in the country. He may not use Facebook, Twitter or email, but he's gotten a lot done over the years. Considered an "institution within an institution" by some, he was just re-elected for another four years.

Increasingly, people are continuing to work past 65. Almost a third of Americans between the ages of 65 and 70 are working, and among those older than 75, about 7 percent are still on the job. In Working Late, a series for Morning Edition, NPR profiles older adults who are still in the workforce.

Politics is one field that has long been associated with people working into their later years — sometimes even into their 80s or 90s. And at 85, state Sen. Fred Risser of Wisconsin, the longest-serving state lawmaker in the country, shows no signs of slowing down.

Risser has been representing the city of Madison in the Wisconsin Legislature since 1956. He loves showing off his hometown, and there's no better place to get a look at it than from the top of the Capitol dome. Never mind that it's a steep, sweaty, vertiginous climb up 252 shaky metal steps. Visitors may be panting; Risser takes it all in stride.

The view from the top is worth it. From this vantage point, Risser points out Madison's highlights, but after 56 years in office, he could probably identify every block, building and tree.

Another sight Risser points out to visitors is downstairs on his office wall. It's a picture showing the four generations of his family who have served in the Wisconsin Legislature. Before Risser, there was his father, his grandfather and his great-grandfather, who served in the Legislature after the Civil War. 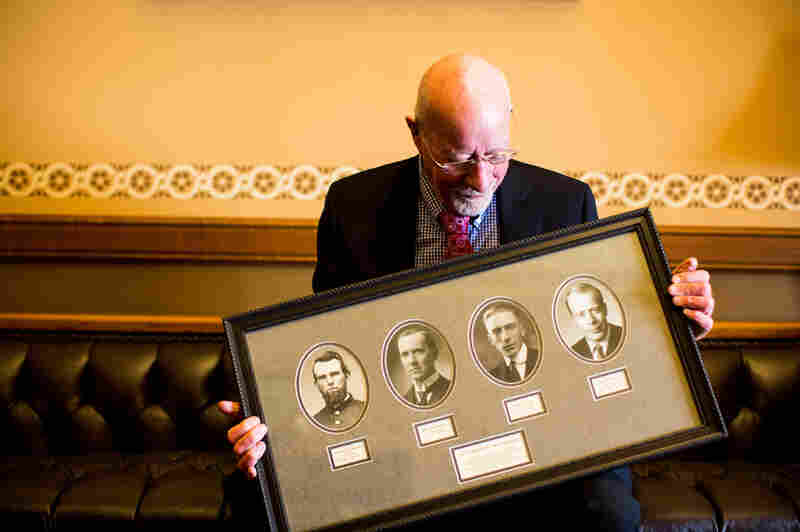 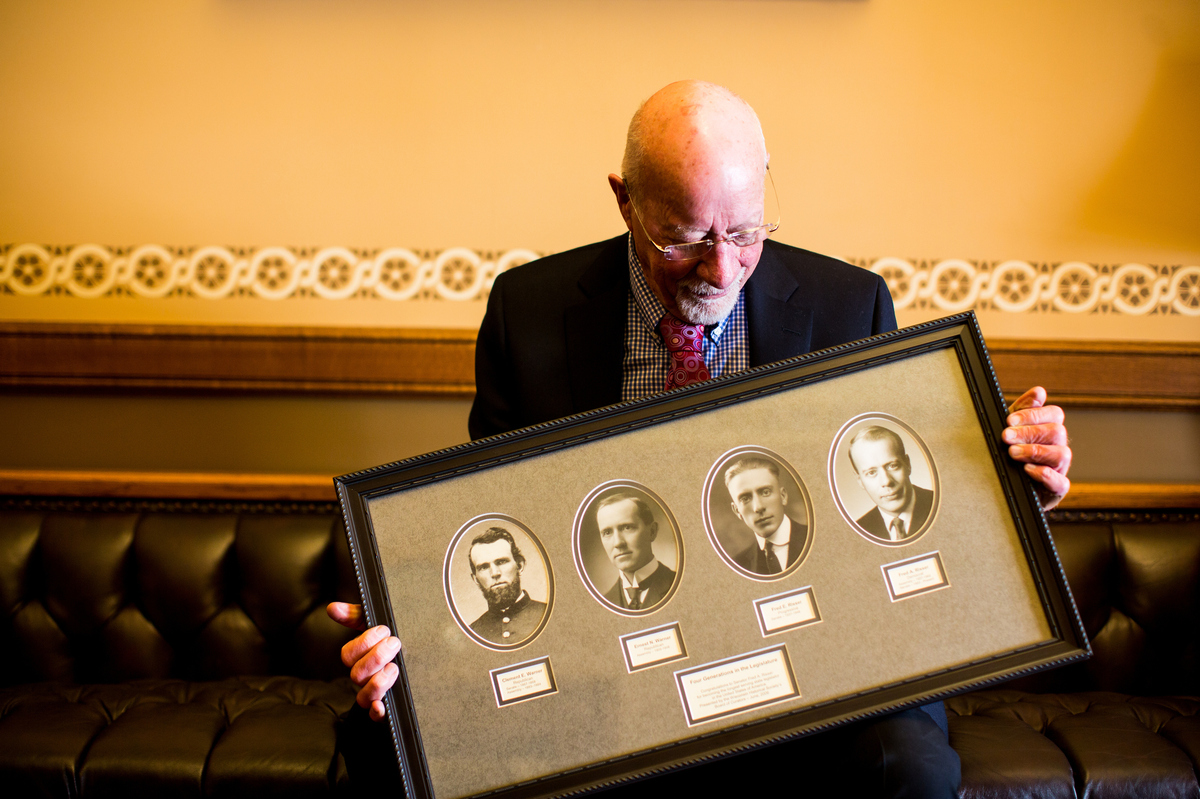 "Let me be honest with you," Risser says. "I was born with a political spoon in my mouth. When I was born I think my dad was district attorney. He was state senator for 12 years. As a kid, I used to help him campaign. I had great love for my dad. I knew I was going to follow in his footsteps."

Risser was first elected in 1956. He says he remembers when the Legislature was made up entirely of white men.

"There were no females, there were no minorities or diversity. In fact, they didn't even have a woman's john on the legislative floor," he says. "Now it's much more diversified, which is good."

Other changes, he finds, are not so good.

"The Legislature is more polarized than I've ever seen it. There are more straight party-line votes than there have ever been. I can remember when the rurals would fight the urbans or the eastern part of the state would fight the western part or the north would fight south. But now it isn't that way," he says. "Now it's Democrats versus Republicans."

Nevertheless, he has no inclination to call it quits. "It's the most frustrating job in the world, but it keeps the adrenalin going and it gets you up in the morning. You learn something new every day," he says. "You see different people every day."

And that seems to keep him feeling younger than 85 — whatever 85 means. Risser says it's just a number, that there are many different kinds of ages: your mental age, your physical age — though most 85-year-olds are not riding 2,000 miles a year on their bikes as he does. And he's kept the confidence of his fellow Senate Democrats to the point that they've elected him Senate president when they've had the majority.

But Risser acknowledges there is one respect in which he's an old-timer.

"I don't have Facebook pages, I don't tweet, I don't know how to text. I'm learning to use my iPhone a little bit, but I don't feel confident even to use email," he says. "I'm from the old school, and I still write things down."

Apparently you can get a lot done that way. Over the years, Risser has helped pass laws to curb smoking, promote women's rights, clean up the rivers and increase mass transit. He also helped pass a bill to allow public employees to unionize.

"The bill that the governor gutted was one I had helped put through 50 years ago," he says.

In 2011, Republican Gov. Scott Walker pushed through a bill rescinding most collective bargaining rights for Wisconsin state employees. It led to weeks of demonstrations in and around the Capitol. Union supporters still gather in the Capitol rotunda every day at noon and sing labor songs.

Risser was one of 14 Wisconsin senators who left the state for three weeks to prevent a vote on the bill. In his district it made him a hero, and he's instantly recognized as he stands on a balcony overlooking the singers.

They look up and shout, "Thank you, thank you!" Risser smiles and waves.

"Fred has become an icon," says former Wisconsin Gov. Tony Earl, who still runs into Risser at political events. "He has outlived being just a politician."

"Fred is an institution within an institution," says Jeff Mayers, who heads WisPolitics.com and has covered Risser's career for 20 years.

Those waiting for Risser to retire shouldn't hold their breath, he says. "I think anybody who's thinking of that is going to be waiting a long time."

Risser himself has a very simple explanation for his political longevity: "I have an intelligent constituency. They keep re-electing me."

They just did that again last November. It was easy, since Risser was running unopposed.