Accessibility links
First Space Tourist Sets Sights On A Mars Mission The 72-year-old businessman who flew to the International Space Station in 2001 now wants to take advantage of planetary alignment in January 2018 that would allow for people to fly to Mars, loop around the planet, and return to Earth. Dennis Tito says he won't go, but the plan is to send a man and a woman on the 501-day trip. 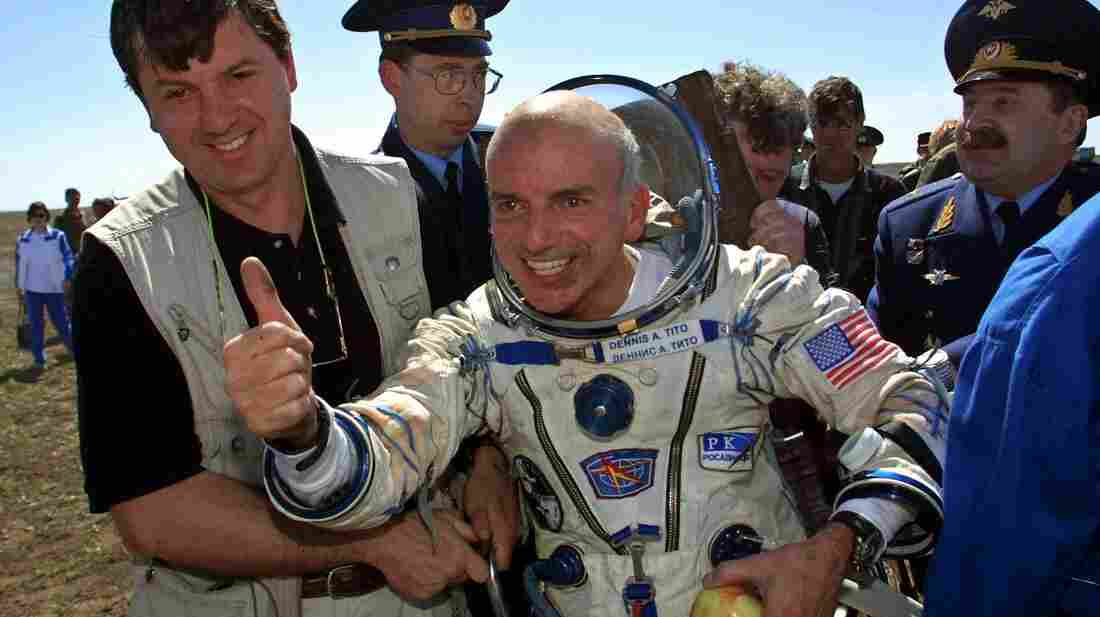 Space tourist Dennis Tito celebrates after his landing near the Kazakh town of Arkalyk on May 6, 2001. Alexander Nemenov/AFP/Getty Images hide caption

The world's first space tourist is financing a project that aims to launch an American man and woman on a mission to fly by Mars in 2018.

Back in 2001, businessman Dennis Tito shelled out about $20 million to ride a Russian spaceship up to the International Space Station. Now he's unveiled a new nonprofit group called the Inspiration Mars Foundation.

It's working to take advantage of a launch opportunity coming up in January of 2018. That's when the planets will be aligned in a way that would let people fly to Mars, loop around the planet, and return home in just 501 days — a pretty short trip.

At their closest approach, the two space travelers would be within 100 miles of the red planet. "I mean, that's essentially being there," says Tito, who held a press conference at the National Press Club in Washington, D.C., to announce his plans.

Tito, who made a fortune as an investment manager, is also an aerospace engineer who worked with NASA's Jet Propulsion Laboratory in the 1960s, helping to plot trajectories for the Mariner robotic missions.

He hired a team of experts that concluded that sending people to loop around Mars in 2018 is doable with technology that either already exists or is nearly ready, and he's promised two years of funding for the project from his own pocket. 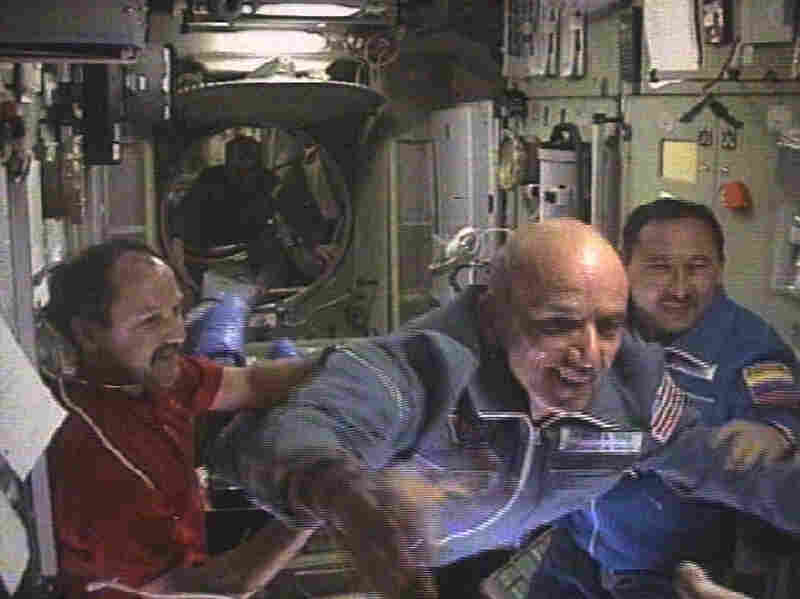 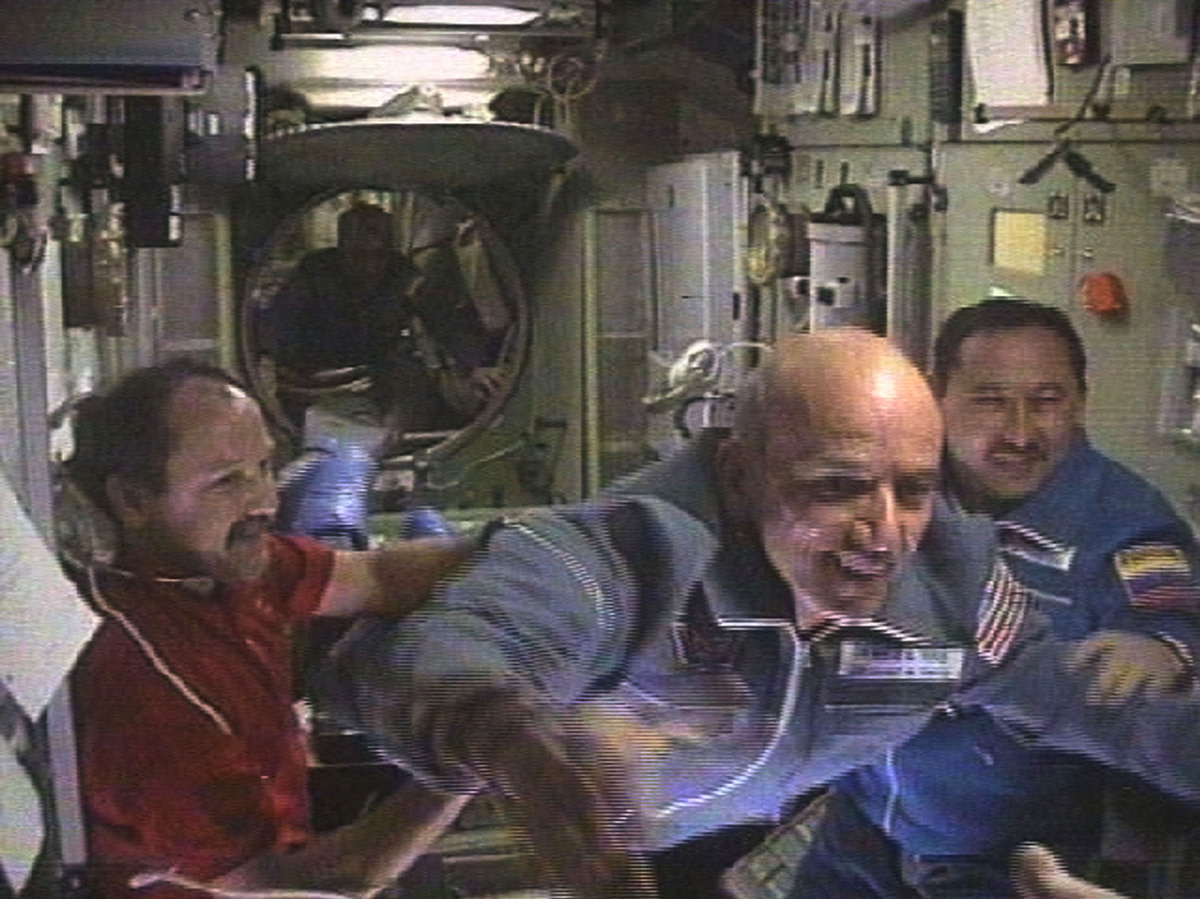 The 72-year-old businessman has no plans to do the trip himself. He wants to send a man and a woman, to represent all of humanity. Jane Poynter of Paragon Space Development Corporation, who is on Tito's planning team, said the two will have to be a "trusted, tested couple" who can provide each other with emotional support.

Poynter lived for two years inside Biosphere 2, a self-contained environment, in the early 1990s, and she says it was enormously helpful that one of the other inhabitants was the man who is now her husband.

"And so I believe that these two crew members that go on this, having that same backbone of their relationship will be of tremendous support to them during hard times," says Poynter. "After all, they are going to be millions of miles away from home."

The mission would be risky. The tight schedule means no time to test everything out. There'd be no abort. The crew would be exposed to radiation — plus the psychological risks of being crammed together, eating dehydrated food and watching Earth grow smaller and smaller, until it looked like a pale blue dot.

John Logsdon, with the Space Policy Institute at George Washington University, says he's a little skeptical. After all, 2018 isn't that far away, and he notes that this team is still exploring options for spacecraft and launch vehicles.

"It's a big jump between an idea and reality," says Logsdon. "And I think Mr. Tito and his associates are at the idea stage and have a lot of challenges of turning it into a reality."

But he also says the team Tito has assembled shouldn't be underestimated. They're experienced people who are excited about adventures — and this would be a great one.