Accessibility links
Interview: Gary D. Schmidt, Author Of 'Okay For Now' Fourteen-year-old Doug Swieteck has the weight of the world upon him — no friends, an alcoholic father and a brother who has just been injured in Vietnam. But the protagonist of this NPR Backseat Book Club book finds solace in an unlikely place — the pages of Audubon's Birds of America. 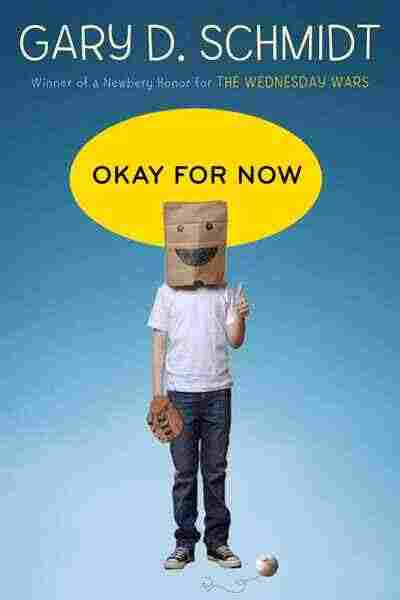 Fourteen-year-old Doug Swieteck seems to be stuck between a rock and a hard place. He has just moved to a new town, where he doesn't have any friends, and where his teachers — and the police — think of him as nothing more than a "skinny thug."

So it's easy to understand why Doug, the protagonist of our latest book for NPR's Backseat Book Club, Okay for Now, is anything but a happy-go-lucky kid.

"He has a beat-up situation, a beat-up family, a beat-up house," author Gary D. Schmidt explains to NPR's Michele Norris. "And he comes to a new town, trying to find a new way to start. But he brings all of his beat-upedness with him."

Eventually, Doug finds his way to the local library, where he discovers a beautiful edition of John James Audubon's Birds of America. When he notices that nine of the pages with plates of birds have been cut out with a razor blade, he resolves to track them down.

"Doug, who is so beat-up, wants one thing in his life, just one thing in his life, that's whole," says Schmidt. "He has no resources, no way to do it, but he's determined to try and get all nine of those plates back. So this is a novel about this kid trying to do that, surrounded by people who come to love and cherish him."

One particular bird in the Audubon book, an Arctic tern, makes a profound impression on Doug: 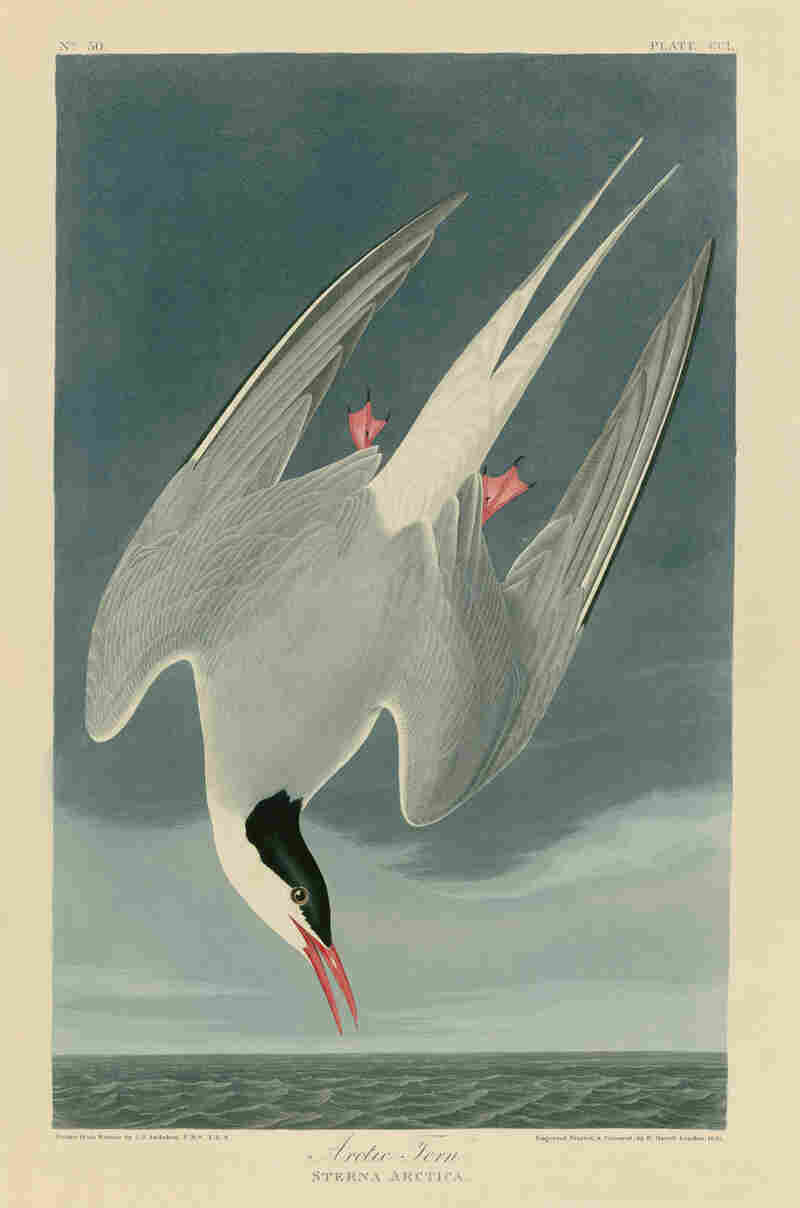 The "Arctic Tern" from John James Audobon's Birds of America makes a profound impression on Doug, the protagonist of Okay for Now. Courtesy The Audobon Society hide caption

He was all alone, and he looked like he was falling out of the sky and into this cold, green sea. His wings were back, his tail feathers were back, and his neck was pulled around as if he was trying to turn but couldn't. His eyes were round and bright and afraid. And his beak was opened a little bit, probably because he was trying to suck in some air before he crashed into the water. The sky around him was dark, like the air was too heavy to fly in. This bird was falling, and there wasn't a single thing in the world that cared at all.

Of course, Doug's hopeless interpretation is about much more than just the bird. It's a communion, of sorts.

"He looks at that picture and he sees his own life," says Schmidt. "He sees a bird or a living thing that's so beautiful falling out of the sky with nothing to support him at all. And in reality, the bird isn't falling out of the sky. He's going down to get something to eat. But Doug's perception is that he is alone and in trouble."

Schmidt puts a lot of trust in his young readers — trust that they will fill in the blanks when the emotionally beat-down Doug is slow to reveal all the complexities in his young life. And trust that they can handle the difficulties brought on by the adults in Doug's life — the abusive, alcoholic father, the diabolical gym teacher, and the big brother whose injury in Vietnam has an impact on everyone.

"You couldn't have been an adolescent during Vietnam and not been deeply affected by it and still carry that with you on some level," says Schmidt, adding that he wanted to impress upon young readers how pervasive the dangers and sacrifices of war were in that era, especially when so many young people had friends and family members whose names came up in the draft.

"In the spring of '68 your chances of being killed in Vietnam in the first 30 days are one in three. That's a pretty awful stat," Schmidt says. "But the wars that our middle and high school kids are living through are so, so hidden. And they seem so far away. ... I wanted to write a book that showed that this is what war is like, that when you're growing up, it really is the case these [wars] can be in your face and that they will affect how you act."

At the same time, says Schmidt, he also wanted to imbue his novel with the positive turbulence of the late 1960s — especially the space race.

Read About A Real-Life Artist Who Reminded Us Of Doug

"We're heading toward the moon — it's unbelievable," he says. "And all of these things are happening so fast."

That meant Schmidt's early education didn't involve a lot of books or reading — until one day, a teacher intervened.

'The Wonderful Wizard Of Oz' By L. Frank Baum

"I was taken up by a great, great teacher ... who just liked me," he says, "and who one day walked into my Track Three classroom, no kidding, and she takes me by the hand, and she says, 'Come with me.' And I left my Track Three classroom and I walked with her to her Track One classroom. And she put me at a desk that was right beside hers, and she had stuffed it with books, most of which were below my grade level, but which I couldn't read because I was Track Three — I was 'stupid.' And she taught me how to read. And I grew to love them."

Read an excerpt of Okay for Now