Accessibility links
Movie Review - 'Hava Nagila: The Movie': Everybody Dance Now You may not know all the words to the Jewish staple "Hava Nagila," but you probably know the tune. Roberta Grossman wants to show the unlikely origins of the global phenomenon in her charming documentary — and the result might surprise you. (Recommended) 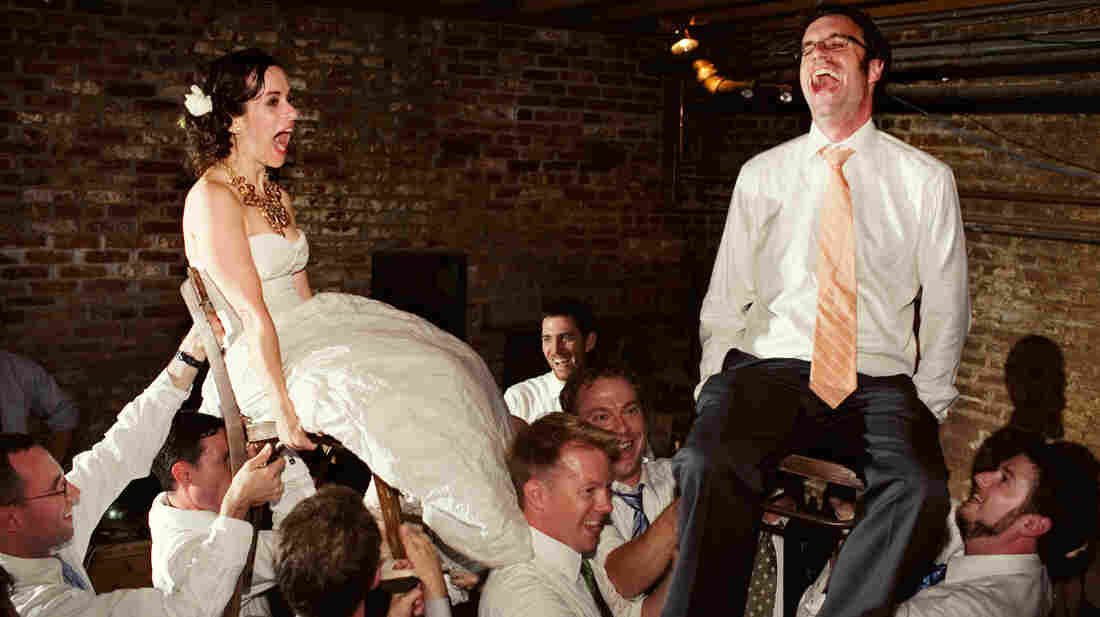 I grew up on "Hava Nagila," and I'll admit it's not the catchiest of tunes. The ingenuous Hebrew lyrics ("Come! Let us rejoice and be happy!") don't wear well in our age of knowing irony and ennui.

Hip young Israelis wince at the very mention of the song, and for many Diaspora Jews, a few bars of the tune are all it takes to recall that excruciating moment late in a fancy wedding or bar mitzvah, when the band invites all remaining guests (tipsy uncles included) to kick up their heels — and then go home already.

Yet according to Hava Nagila: The Movie, an infectiously high-spirited new documentary by Roberta Grossman, the most cornball song in the Jewish repertoire has a colorful history that has carried Ashkenazi Jews through the joy and sorrow of 150 years of being thrown around the world.

That's saying nothing of the tune's many covers by goyish entertainers from Harry Belafonte to Elvis Presley, not forgetting ambivalent Jews like Bob Dylan, who butchered the tune to within an inch of its life (needless to say not innocently). And to judge by the many movie clips that pepper the film, from Yiddish silent films through Dirty Dancing: Havana Nights to Wedding Crashers, "Hava Nagila" has more than earned its own star on the Hollywood Walk of Fame.

Grossman (who also made Blessed is the Match, a respectful decanonization of the Hungarian-Jewish resistance fighter Hannah Senesh) deftly tracks the song's path around the world from the shtetls of Eastern Europe through the Holocaust to Israel and the American suburb. There, through no fault of its own, it played its part in family celebrations as a symbol of Jewish upward mobility, as well as a tool of self-satire for the likes of comedian Allan Sherman.

As it traveled around the globe, "Hava Nagila" was repeatedly reinvented as a celebration of happiness in defiance of misery and oppression. Today, residents of the small Ukrainian village where it began as a nigun, or wordless melody, have either never heard of the song or learned about it only on television. 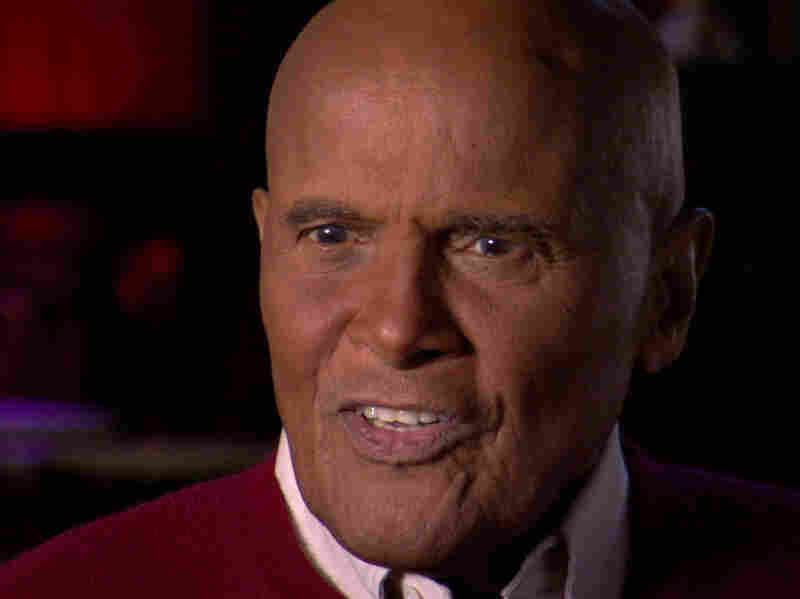 The film features interviews with and commentary from such notable entertainers as Harry Belafonte who have performed "Hava Nagila." International Film Circuit hide caption 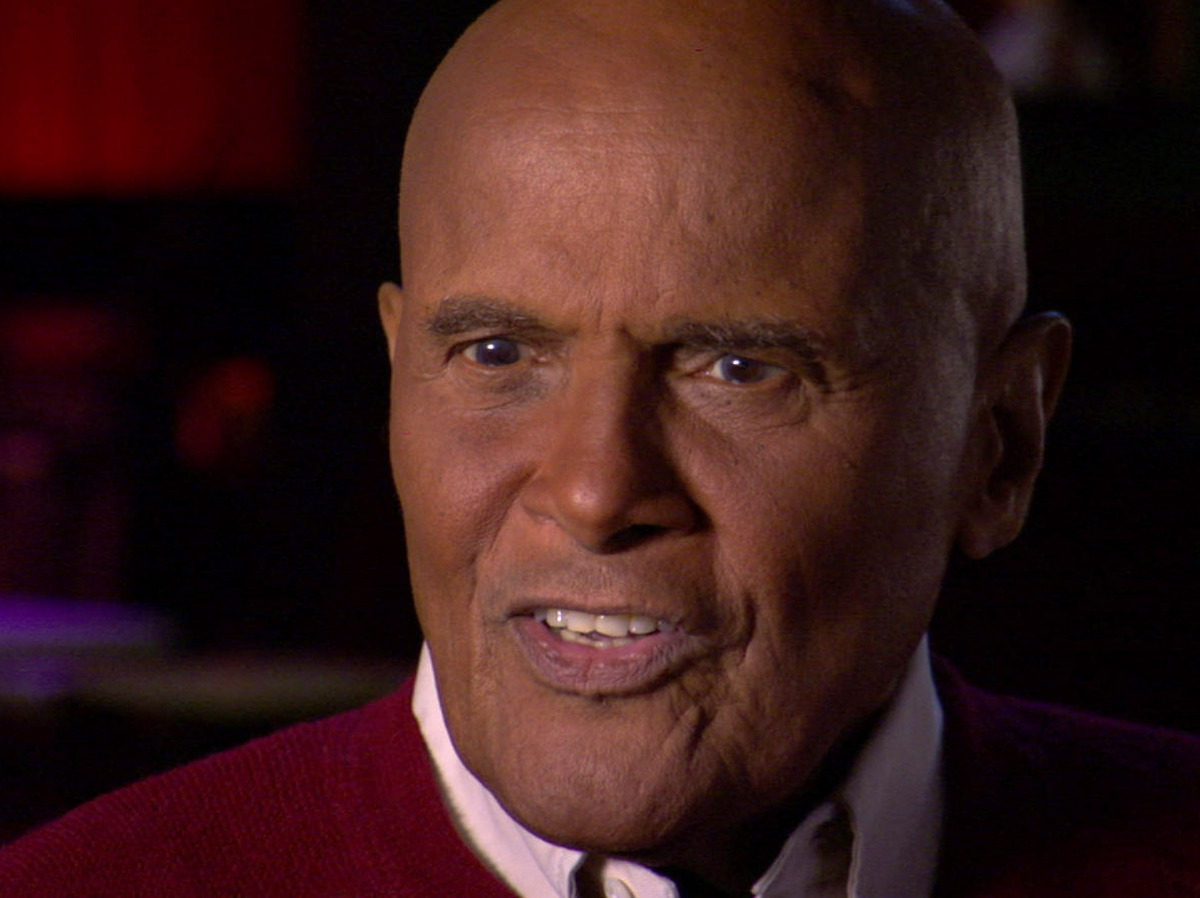 The film features interviews with and commentary from such notable entertainers as Harry Belafonte who have performed "Hava Nagila."

But its reason for being survives in the neglected ruins of a beautiful old synagogue. Hasidim danced to it in the teeth of pogroms; Israelis commemorated the Holocaust and gave their fledgling nation a national culture by pairing it with the hora. Somewhere along the line the melody acquired upbeat lyrics and became the object of feisty tribal infighting about who actually wrote the darned thing.

Grossman finds lively, often passionate and funny interpreters — among them rabbis, historians, musicologists and klezmer musicians — to guide us through the song's many transformations. Today, "Hava Nagila" sits squarely (in every sense) in Jewish suburbia, where often as not the ability to fumble one's way through the words is about as Jewish as the singer gets.

Never mind: As a lovely clip of a Belafonte duet with Danny Kaye shows, in the entertainment business just about anyone can be Jewish, if only for a few minutes. The last, wickedly funny word surely has to go to Connie Francis. An Italian Catholic who is pictured belting out "Hava Nagila" in a dirndl and with a tambourine, the singer, when asked if she was Jewish, always replied with a poker face: "I'm one-tenth Jewish on my manager's side."