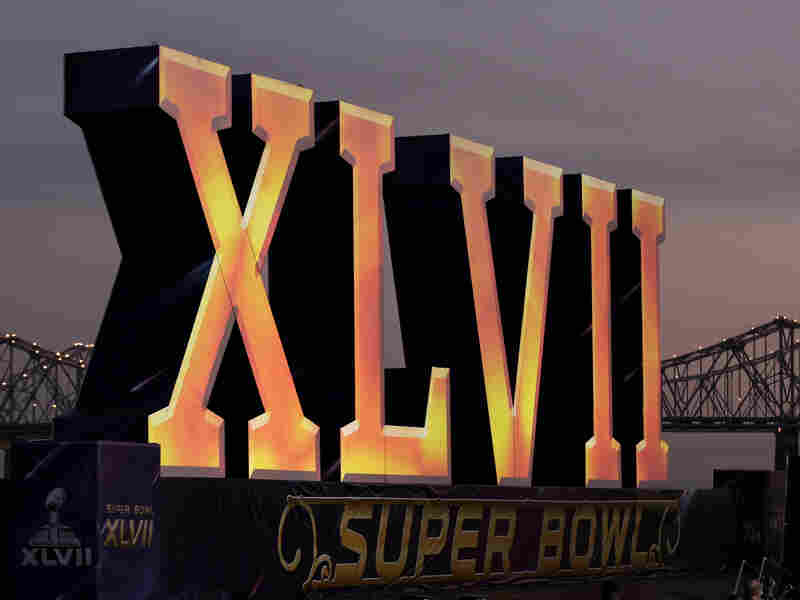 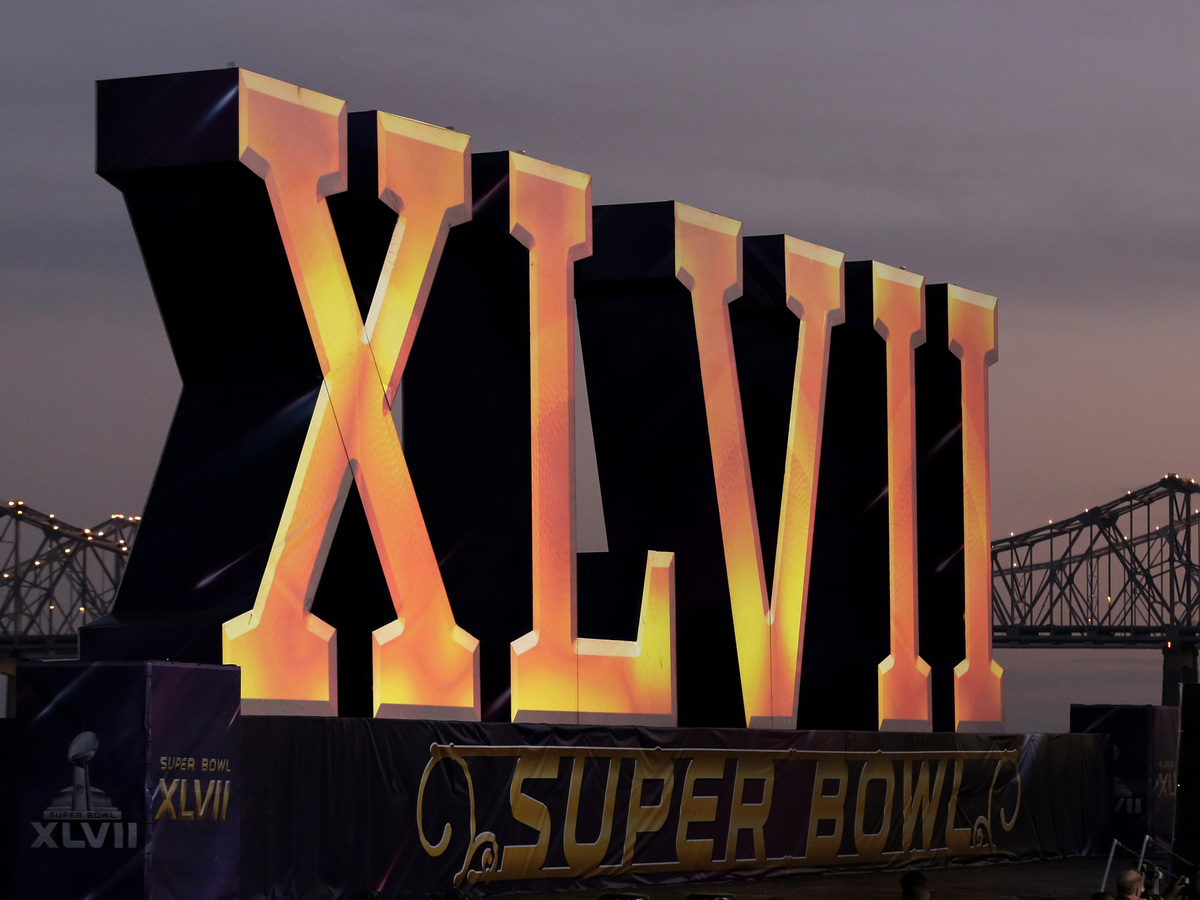 The Roman numerals for NFL Super Bowl XLVII float on the Mississippi River on Feb. 2 in New Orleans.

Love the Catholic Church or not, you have to admit the Roman numerals following a pope's name are distinctive. They set the pope apart from the rest of humankind. (As if he needs it.)

Roman numerals always stand out. In an increasingly computer-driven world run by the numbers — population totals, unemployment figures, mortgage payments, health care bills, credit card codes, "the last four of your social" — the occasional brash appearance of an X or an MCM can be surprising and sometimes a little unsettling.

Still, there are reasons to appreciate Roman numerals. For example:

I. They're rarely seen. Popes use them — every pope since Lando in the 10th century has had a Roman numeral designation. The Super Bowl has relied on Roman numerals to distinguish one championship game from another — since Super Bowl V in 1971. You see Roman numerals on certain video games, film credits, grandfather clocks, Olympiads and ... and ... that's pretty much it. Like the red wolf or the bighorn sheep, they are a vanishing species. Especially compared with the Hindu-Arabic numbers (1, 2, 3, e.g.) that we see 99.99 percent of the time.

II. They lend a sense of gravitas. Think about it. Pope Benedict 16 just doesn't carry the same visual heft. A courthouse erected in 1926 doesn't seem quite as stately or permanent as one erected in MCMXXVI. Can you imagine Super Bowl 48 — instead of Super Bowl XLVIII — being played in the Meadowlands outside New York City? Fuhgeddaboudit. Blogger Doug Mataconis does point out, however, that "come 2016, the Roman numeral for Super Bowl L happens to be the lone letter that most connotes losing."

III. They're cool. And "fun for kids to learn," says Kris Hughes, a second-grade teacher in Fort Lauderdale, Fla., who uses matchsticks and chopsticks to illustrate in the classroom. "Are they useful? Yes. Watches and clocks frequently have Roman numerals. The Bible has Roman numerals for some of the books. Books often use Roman numerals to number chapters. And, of course, there's the Super Bowl." Celebrities such as Rihanna and Justin Bieber sport Roman numeral tattoos. Superstar athletes like quarterback Robert Griffin III and golfer Davis Love III sport Roman numeral names. In the gamer universe, there's Grand Theft Auto IV and Civilization V. And in video, Star Wars: Episode VI and The Simpsons Treehouse of Horrors XXIII. Even Microsoft Word recognizes Roman numerals. As we make this list, Word jumps automatically from III to ...

IV. They're historical. There is something ancient and timeless about Roman numerals, as if they carry with them secrets of a simpler time when numbers were smaller and more manageable. Mathematicians don't always appreciate their quaintness. In his book The Joy of x, Cornell University math professor Steven H. Strogatz writes, "Unfortunately Roman numerals creaked and groaned when faced with anything larger than a few thousand. In a workaround solution that would nowadays be called a kludge, the scholars who were still using Roman numerals in the Middle Ages resorted to piling bars on top of the existing symbols to indicate multiplication by a thousand. For instance, X [with a bar above it] meant ten thousand and M [with a bar above it] meant a thousand thousands or, in other words, a million. Multiplying by a billion (a thousand times a million) was rarely necessary, but if you ever had to, you could always put a second bar on top of the M. As you can see, the fun never stopped." Actually it did.

V. They're weird. They are numbers that aren't numbers — they are letters. There are only seven of them: I, V, X, L, C, D and M. And there's no zero. Because of these sorts of weirdnesses, people had trouble using them. "Try multiplying two numbers, say LXXII times CLXVIII, using only Roman numerals," says Strogatz in an interview. "You'll quickly see how awkward it is, and how many separate facts it requires you to remember. That's why ordinary people couldn't do arithmetic in the days of the Roman Empire; it was just too hard."

On the other hand, Strogatz says, "the Hindu-Arabic system we use is easy because it's recursive. It relies on the same few facts — the addition and multiplication tables for pairs of single-digit numbers — over and over. Once you master those facts and the concept of place value, you can multiply any two numbers quickly and easily."

But Roman numerals will likely be in the news again when a new pope is chosen and he selects his new name — and numeral.