Accessibility links
Fairy Tales For Grown-Ups? More Are On The Way A slew of new fairy tale films is on the way to your nearest cineplex, but the intended audience might not be what you'd think. Bob Mondello explains how these movies, like their audiences, are growing up, taking on adult themes and dealing with the fears of a new generation of young adults. 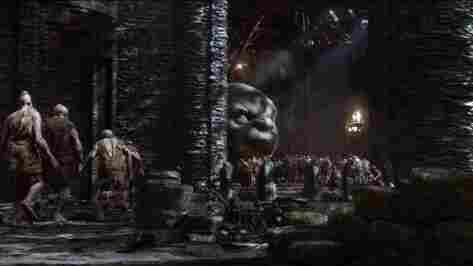 The type of fantastical enemies in fairy tale remakes like Jack the Giant Slayer show the protagonists, and their problems, getting older and more complicated. Warner Bros. Pictures hide caption

A 'Snow White' As Bleak As It Is Grimm 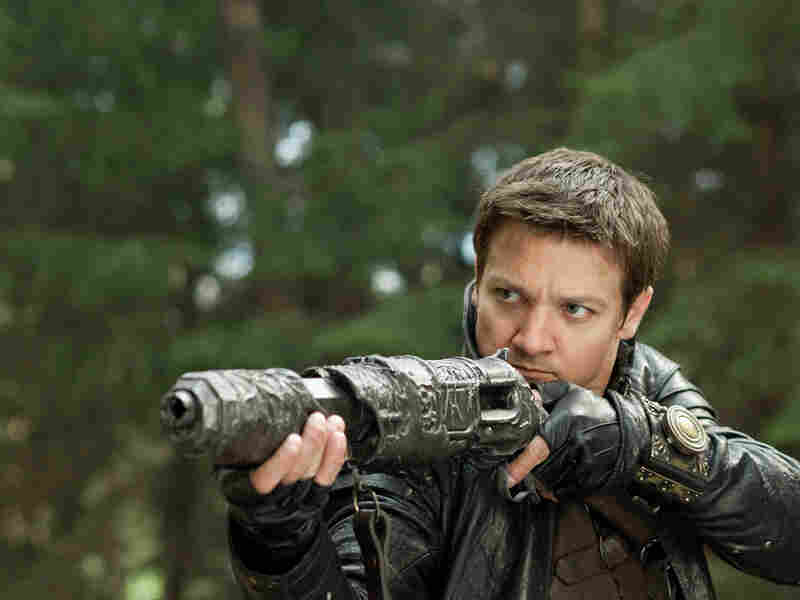 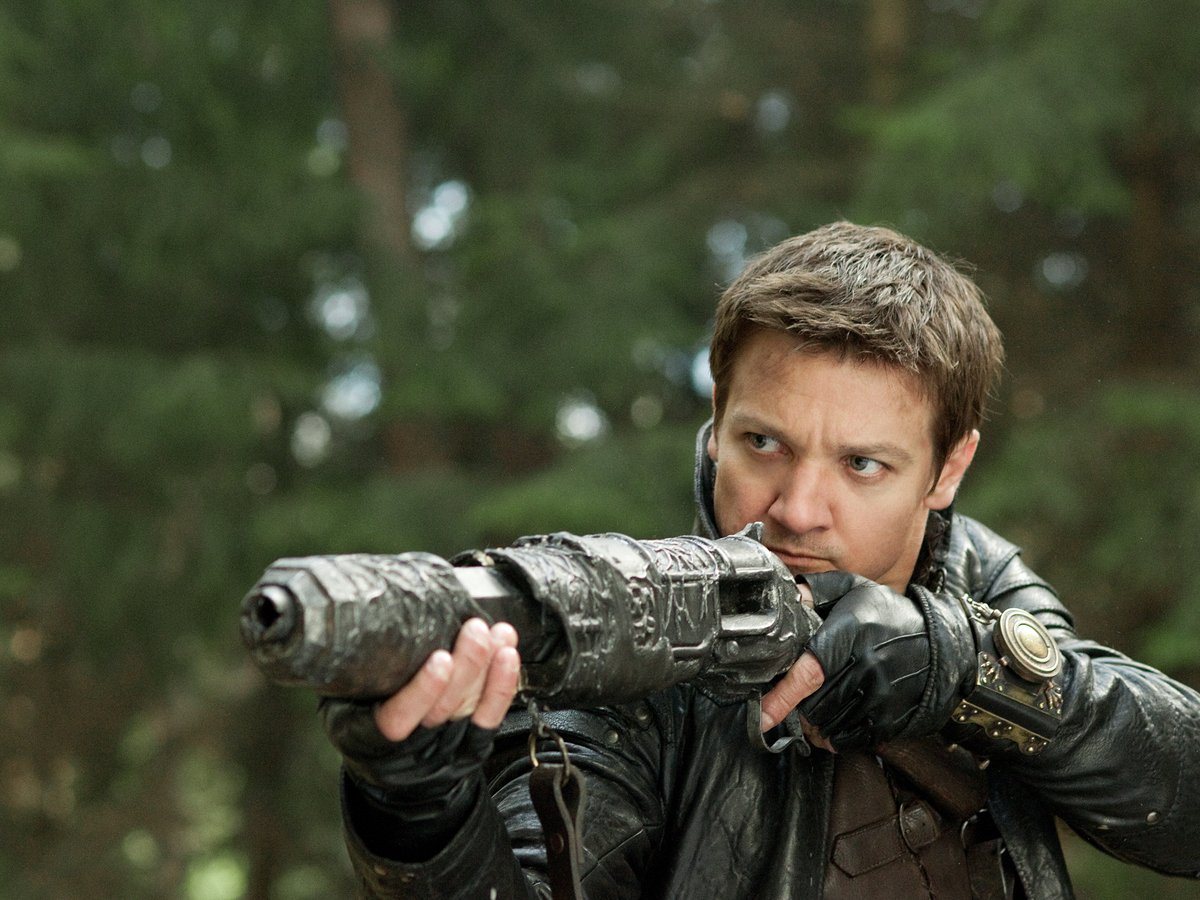 Adaptations of fairy tales are everywhere you look. The TV show Once Upon a Time and the police procedural Grimm are in their second seasons. Hansel and his sister Gretel are at the cineplex hunting witches with machine guns. Jack, of beanstalk fame, starts slaying giants today. And those aren't the only bedtime stories that have been redesigned to keep 20-somethings up at night.

Two years ago, the big-fanged critter threatening Amanda Seyfried's Red, in the Red Riding Hood re-conceived by Twilight director Catherine Hardwicke, was a werewolf. A few months after movie audiences heard its growl, along came Snow White and the Huntsman with an armor-clad princess doing battle with some nasty special effects. And this weekend, Jack's magic beans are getting him in trouble not with one giant and his wife, but with a whole army of giants.

Kid flicks these are not. They're aimed at teens, college students and maybe the younger end of Generation Y, not the tykes that psychologist Bruno Bettelheim had in mind when he wrote in The Uses of Enchantment that fairy tales help kids grapple with real fears in symbolic ways.

At age 6, as Disney long ago established, abandonment by your parents is terrifying. So is illness, so is the unknown, and so is that scary old dude down the street. But when you're 20, there's a whole new set of fears — fear of commitment, fear of getting pregnant, fear of unemployment. Or maybe of getting busted for drug use.

In the upcoming Hansel and Gretel Get Baked, a witch lures teens with marijuana, then eats them to stay young. It's a horror movie — clueless teenagers getting in trouble because they're clueless teenagers, just going with the flow, passively.

That's different from the more active tykes who populate storybooks. In the old English folk tale Jack and the Beanstalk, Jack is maybe 12, and a schemer. He steals gold from the giant, chops down the stalk, killing the giant, and lives happily ever after with his stolen gold. I'll leave it to parents to find a moral in that, but at least he went up the stalk on purpose; it was his idea.

In the new movie Jack the Giant Slayer, Nicholas Hoult is playing Jack as a 19-year-old who's kind of a slacker and is trying to impress a girl when the beans sprout under him and he gets carried up to Giant-land very much against his will. Once there, he proves less incompetent than you might expect, but he's basically reacting to things, not making them happen.

The girl is the one who's looking for adventure, though for plot purposes — she is a princess, after all — she'll spend most of her time getting rescued.

There's no real "risk" in any of this. The Brothers Grimm wrote stories that were actually grim — designed to scare children. Hollywood's new grown-up fairy tales may quicken your pulse a little, but they're centrally soothing. Yes, there's an army of giants coming, but pluck and optimism will carry the day — a reassuring thought if you're a 20-something and staring nervously at an uncertain, recessionary future. It's especially reassuring if that thought is couched in a fairy tale so familiar and comforting, you've half-forgotten it. So get ready for lots of grown-up bedtime stories. 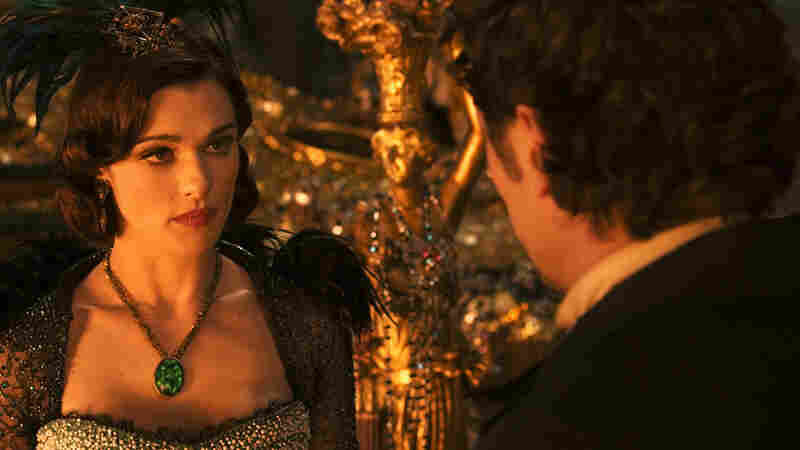 Rachel Weisz plays the witch Evanora in director Sam Raimi's upcoming Oz: The Great and Powerful. The film is one of nine upcoming Oz adaptations and tackles more frightening and adult themes than those that came before it. Walt Disney Pictures hide caption 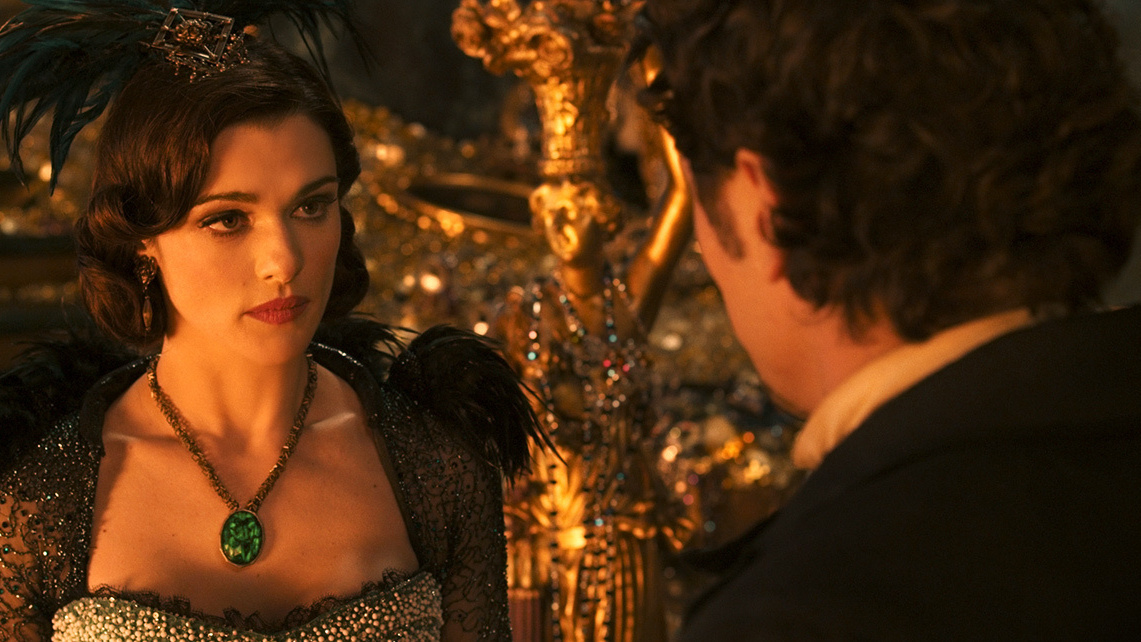 Rachel Weisz plays the witch Evanora in director Sam Raimi's upcoming Oz: The Great and Powerful. The film is one of nine upcoming Oz adaptations and tackles more frightening and adult themes than those that came before it.

I was going to say we're not in Kansas anymore, but we kind of are. There are nine — count 'em, nine — Oz movies currently in the pipeline, including the prequel Oz: The Great and Powerful, a story involving Dorothy's granddaughter that's just called Oz, and a martial-arts oriented Oz Wars. Also dueling Pinocchios, from Guillermo del Toro and Tim Burton, the horror-masters behind Hellboy and Beetlejuice. Not to mention Angelina Jolie assaying the title role in Maleficent, which tells the Sleeping Beauty tale from the evil stepmother's point of view.

These are "uses of enchantment" that would almost certainly please psychologist Bruno Bettelheim. As, no doubt, would the thought of Meryl Streep playing the witch in a screen version of Broadway's Into the Woods, the story of what happens after happily ever after.

The characters in Into the Woods do that one thing that fairy-tale characters kind of don't: they grow up. Which maybe makes them ideal stand-ins for a generation Hollywood appears intent on very gently Bettelheim-ing into adulthood.