Accessibility links
A Disappointing Thriller Channels Hitchcock And Bram 'Stoker' The film is ripe with a creepy-crawly feel that would be affecting if the tone weren't so arch. Directed by Park Chan-wook, written by Wentworth Miller and starring Nicole Kidman, Mia Wasikowska and Matthew Goode, Stoker is a vile little chamber horror, says critic David Edelstein. 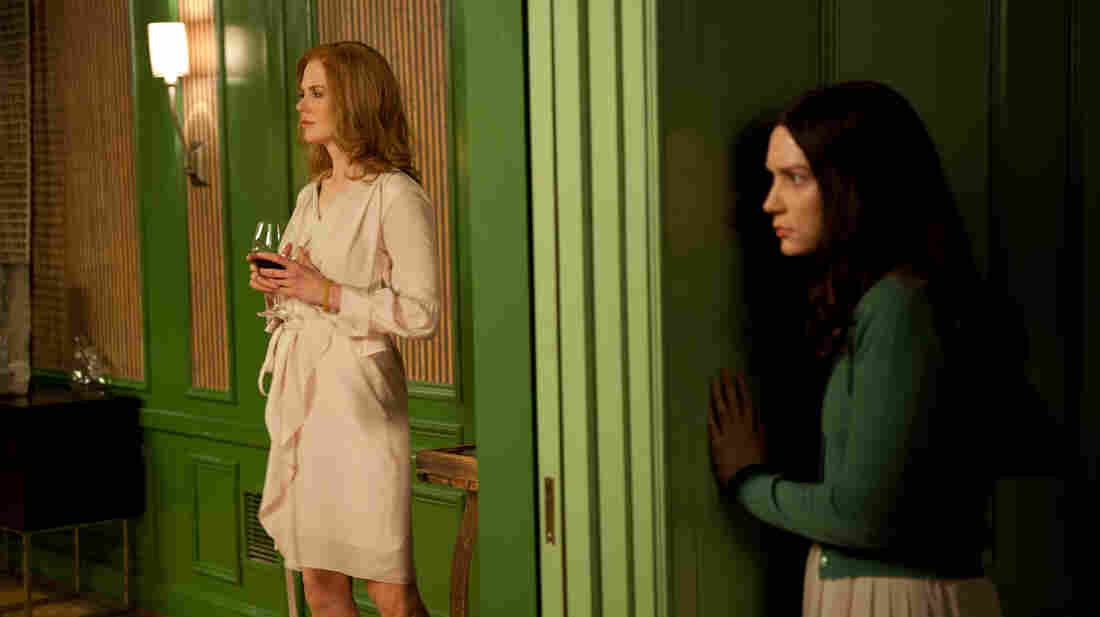 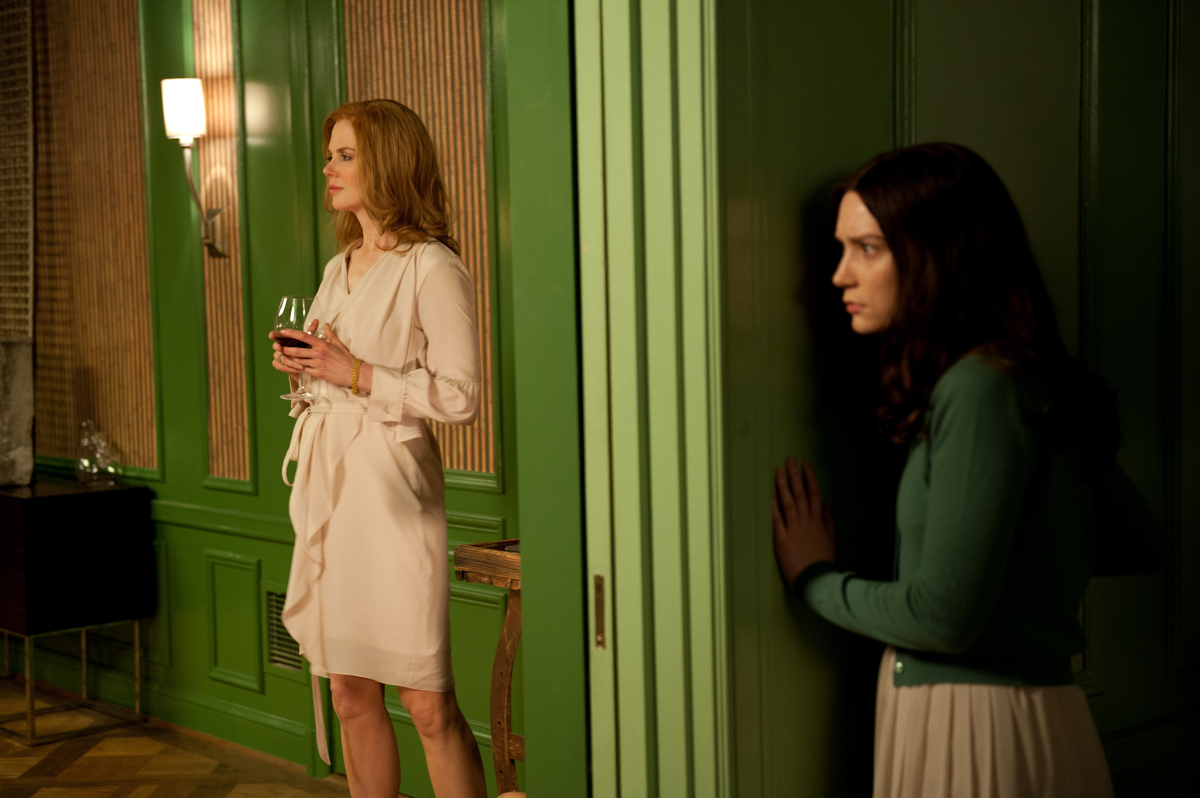 Stoker has a ripely decadent, creepy-crawly feel that would have gotten under my skin if the tone weren't so arch and the people so ghoulishly remote. It's like a bad Strindberg play with added splatter. But director Park Chan-wook certainly works to make you uncomfortable. Take the early shot in which the teenage girl protagonist, India Stoker, played by Mia Wasikowska, sits in a meadow and muses in voiceover on the subject of free will versus destiny. She says, "Just as a flower doesn't choose its color, so we don't choose what we are going to be" — while draining a blister. In close-up. Which you don't often see — at least onscreen. Park clearly likes the symbolism. He's saying India has poisons that must be discharged.

Wentworth Miller's script has a good, tricky premise, a clear play on the Alfred Hitchcock-Thornton Wilder thriller, Shadow of a Doubt. In that one, a girl's never-before-seen Uncle Charlie nearly finishes the breathless ingenue off. In Stoker, Uncle Charlie and his niece have deeper ties than are first apparent.

Uncle Charlie, played by Matthew Goode, arrives on the day of her beloved father's funeral — he was killed in a mysterious car accident on India's 18th birthday — and promptly makes eyes at both the girl and her brittle mother, Evie, played by Nicole Kidman. And he has some big eyes to make. He's like Dwight Frye's bug-eating mental patient in the original Dracula — I don't think he blinks in the movie. A long, fairly tedious stretch features Charlie and Evie whispering and wandering off while India stares balefully, the atmosphere pregnant with suppressed violence — and eroticism. Then Charlie sits opposite India and passes her a goblet of red wine, from which she drinks.

Family is a loaded term in Stoker: Just what does Charlie see in India? And why do people like the longtime servant and a visiting aunt played by Jacki Weaver keep disappearing? You can see the ending limping toward you from a mile away, like a particularly slow zombie.

Family is a loaded term in Stoker: Just what does Charlie see in India? And why do people like the longtime servant and a visiting aunt played by Jacki Weaver keep disappearing? You can see the ending limping toward you from a mile away, like a particularly slow zombie.

Director Park Chan-wook made a big noise at film festivals over the last decade with Sympathy for Mr. Vengeance, Sympathy for Lady Vengeance, and Oldboy, but they weren't mainstream hits — they were too cruel. For Park, vengeance is, as you can imagine, fraught with peril, the drive for retribution turning even good people inside-out — so by the time the revenge comes it's too ghastly to be satisfying. I used to think he was getting at something serious, but in retrospect wonder if he wasn't just bludgeoning us into submission. The vile little chamber horror Stoker certainly has nothing on its mind.

That said, there always seems like something's going on in Wasikowska's mind — her eyes usher you into India's inner world, with its battle between girlish longing and the impatience to move on and be what she really is, whatever that might be. It's a richer performance than the movie deserves. As her mother, Kidman doesn't rise above the material in the same way — her face is too tight a mask. Goode has a more interesting mask, so squarely on the border between angelic and satanic he makes you remember that Satan was an angel. But it's a long time to stare at a guy with only one expression.

We wait around for the inevitable violence, listening to faux classical piano duets provided by Philip Glass and wallowing in the movie's malignant elegance. Stoker has nothing to do with the author of Dracula, Bram, but the name is meant to evoke him. The undead would be the movie's best audience.