Accessibility links
Author Interview: Bob Thompson, Author Of 'Born On A Mountaintop' The American hero really was from Tennessee and he really was a skilled frontiersman, but he may not have actually worn that coonskin hat. A new book by Bob Thompson tries to separate the man from the myth. 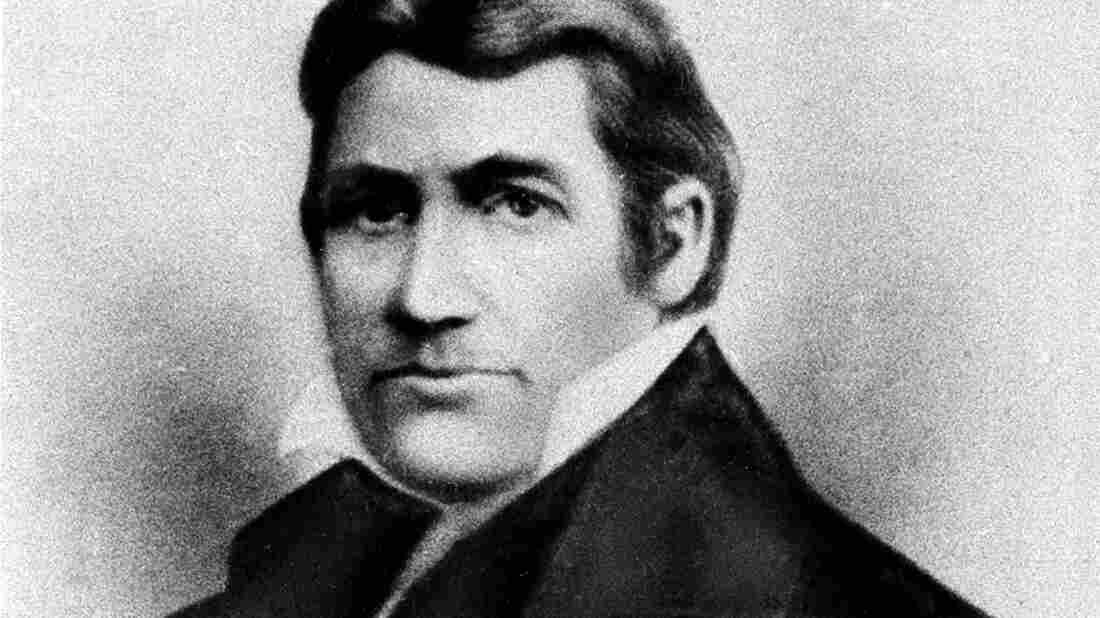 Davy Crockett represented Tennessee for three terms in Congress before moving to Texas and fighting in the Battle of the Alamo. AP hide caption 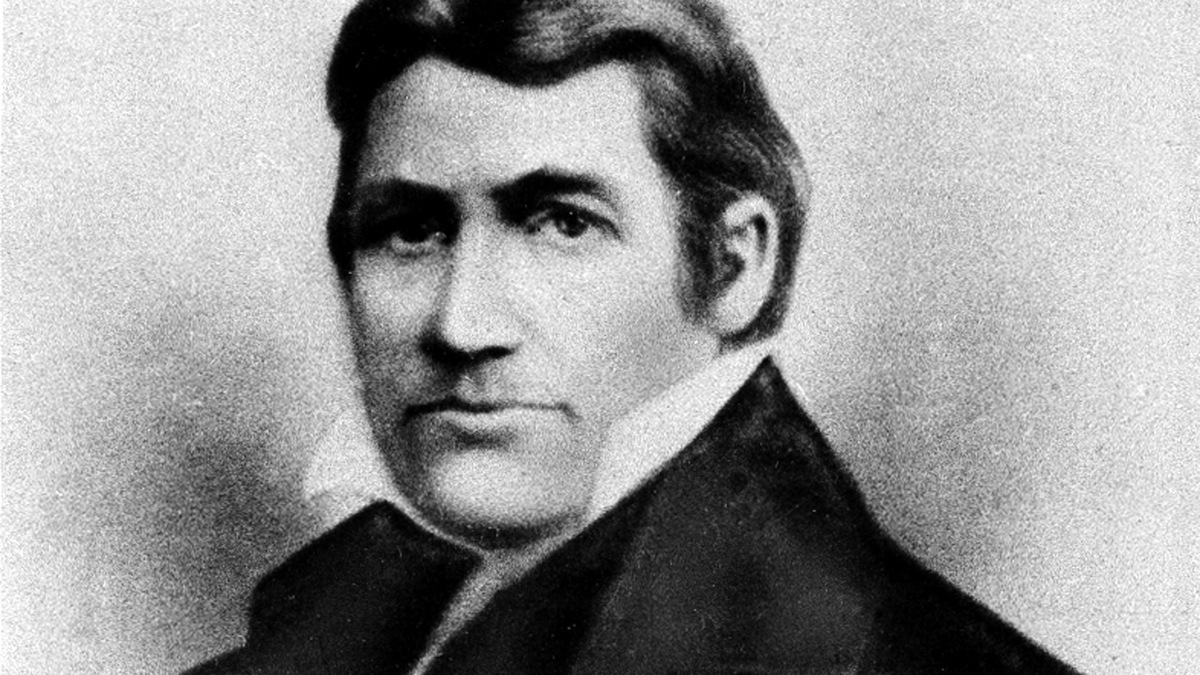 Davy Crockett represented Tennessee for three terms in Congress before moving to Texas and fighting in the Battle of the Alamo.

There's a new book about an American hero that's not just about the man behind the myth, but about the myth behind that myth. 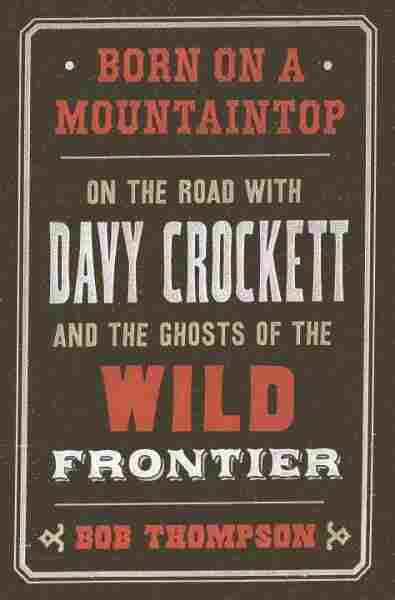 Born on a Mountaintop

Davy Crockett really was from Tennessee, really was a skilled frontiersman and really killed American Indians in battle. (When he became a congressman, however, he opposed President Andrew Jackson's Indian Removal Act.) And then, after losing a re-election campaign, Crockett really lit out for Texas and eventually died at the Battle of the Alamo — more or less

Crockett was the stuff of legend while he lived, but his legend boomed more than a century after he died. Bob Thompson tells Crockett's story in his new book, Born On A Mountaintop: On The Road With Davy Crockett And The Ghosts Of The Wild Frontier. He joins NPR's Scott Simon to separate the man from the myth and explain the mystery of how he died.

On Crockett's birthplace and whether it's really on a mountaintop, as the 1950s song "The Ballad of Davy Crockett" says

"It's a river valley and you can't see any mountains from there."

On whether Crockett really "killed him a [bear] when he was only three," as the song says

"That's highly unlikely, although he'd write in his autobiography that he killed 105 bears when he was somewhat older in a single season."

On whether Crockett wore a coonskin cap

"That's complicated. You can't prove a negative on that, but nobody contemporary reported him as wearing a coonskin cap." 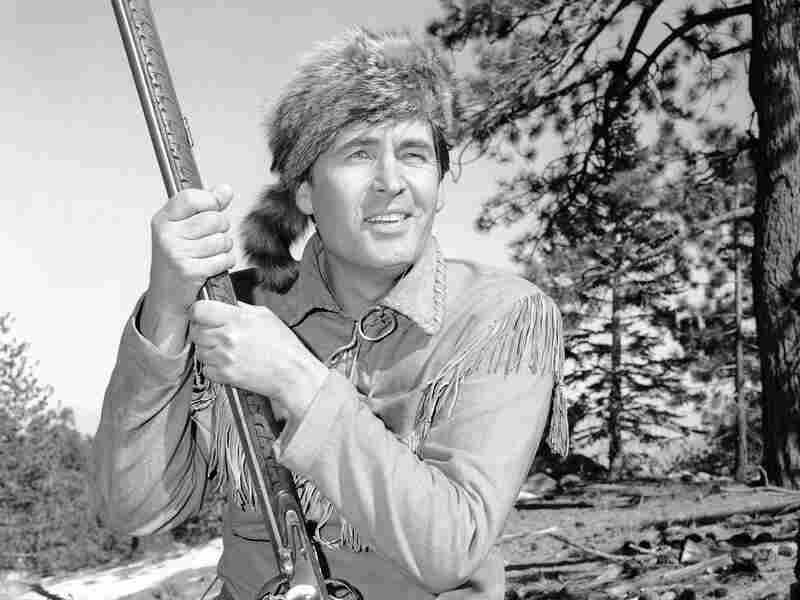 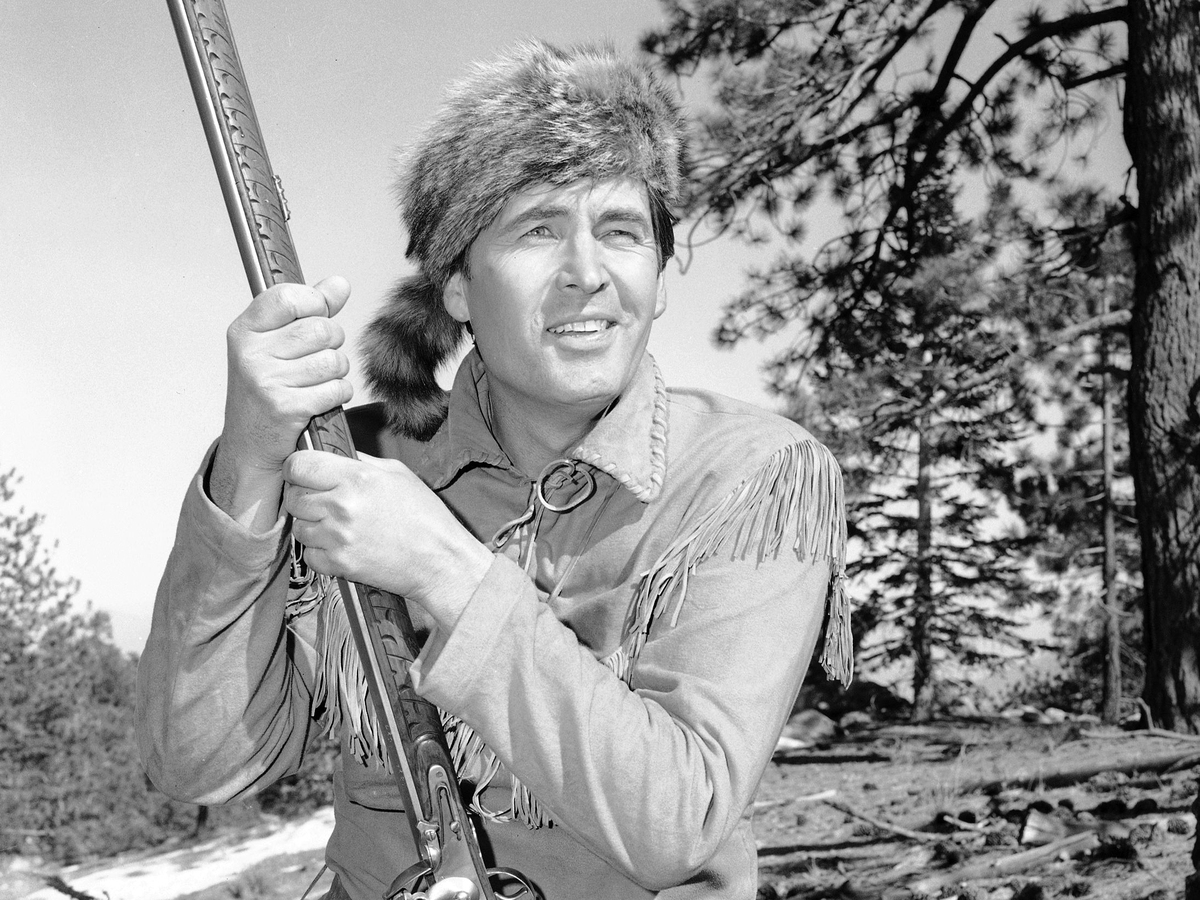 On when Davy Crockett became a big name

"He was pretty big in the 1830s, but by the 1950s he had faded a lot. And then Walt Disney was starting his first theme park, Disneyland, and he had a section called Frontierland and he needed a character for the first Frontierland segment. And they had no idea that they were going to create a nationwide craze, in which everybody would go in a coonskin cap and everybody would be singing 'born on a mountaintop in Tennessee' [from 'The Ballad of Davy Crockett'], but that's what happened."

On why Crockett moved to Texas

"The real-life Davy Crockett had spent his life uprooting himself and moving west whenever he had a difficulty of some kind — when his land wasn't yielding or when something happened, he would move west. This was true of many, many, many Americans at that time. In his particular case he was beaten in his re-election campaign in 1835. He was in debt, he was kind of sick of being in Congress, and he's famously quoted as telling his constituents that since they voted for the other guy, they could go to hell, and he was going to go to Texas." 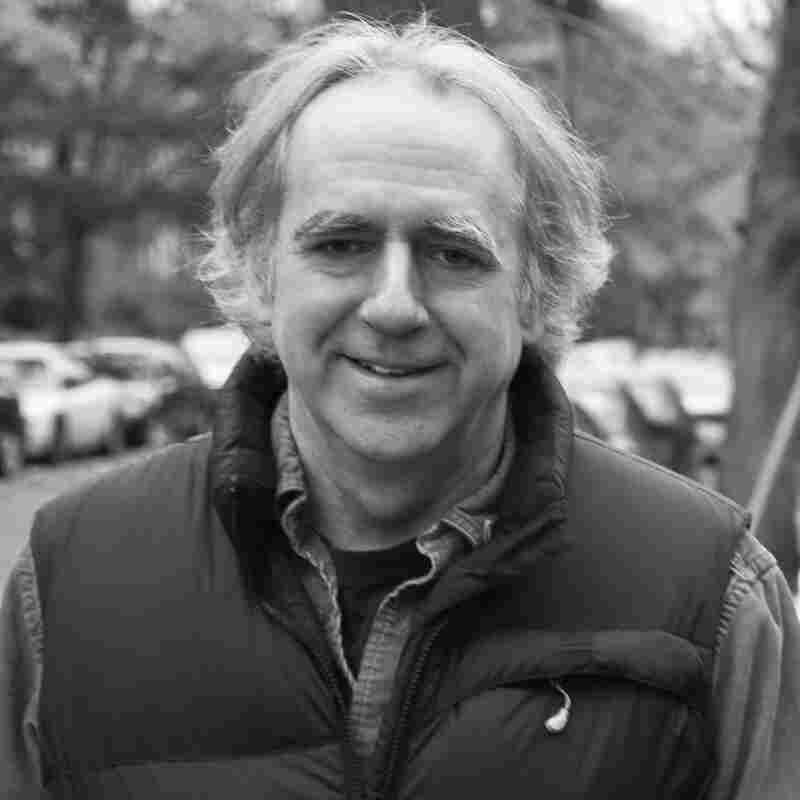 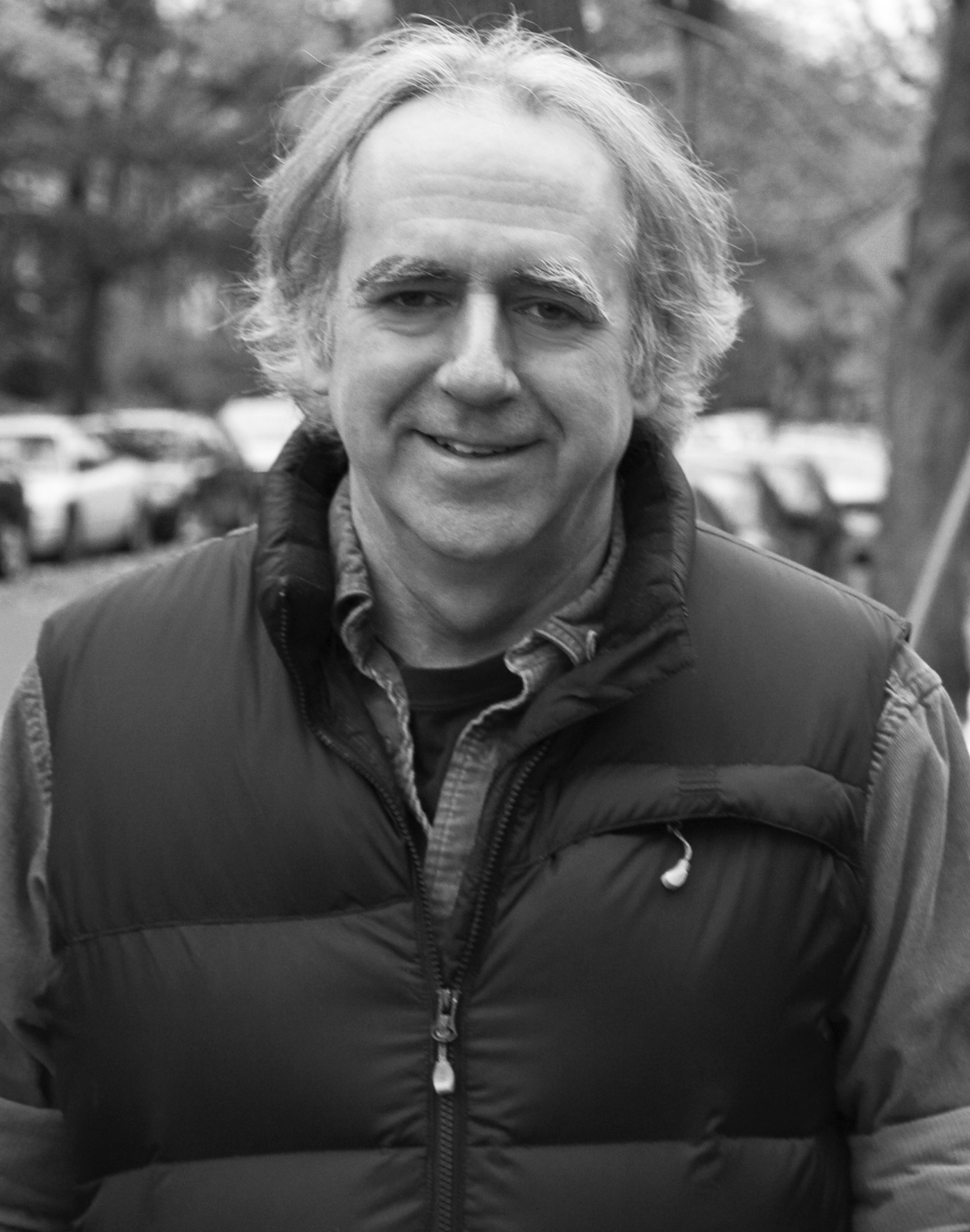 Bob Thompson was a longtime feature writer and editor for The Washington Post.

On the theories surrounding Crockett's death

"The two basic possibilities are died fighting [in the 1836 Battle of the Alamo] or was captured — not necessarily surrendered, but captured — along with five or six other defenders, and brought before [Mexico's] Gen. Santa Anna and executed. And I don't believe we have time to refresh all the details of that story. I once heard Bill Groneman, who is a major figure on one side of the argument, on a panel: Somebody asked the how-did-Davy-die question and he said, 'Somebody send out for pizza. We're going to be here for a while.' But suffice it to say that there have been long, sometimes bitter and always complicated arguments about how he died. And the goal I set myself was to make up my mind what I thought, and I did that, but that's preceded by about, you know, 25 pages of text."

"I think it's actually better to come to it after somebody has gone through it, because I actually came to a different conclusion than I thought I was going to when I started."

Read an excerpt of Born on a Mountaintop