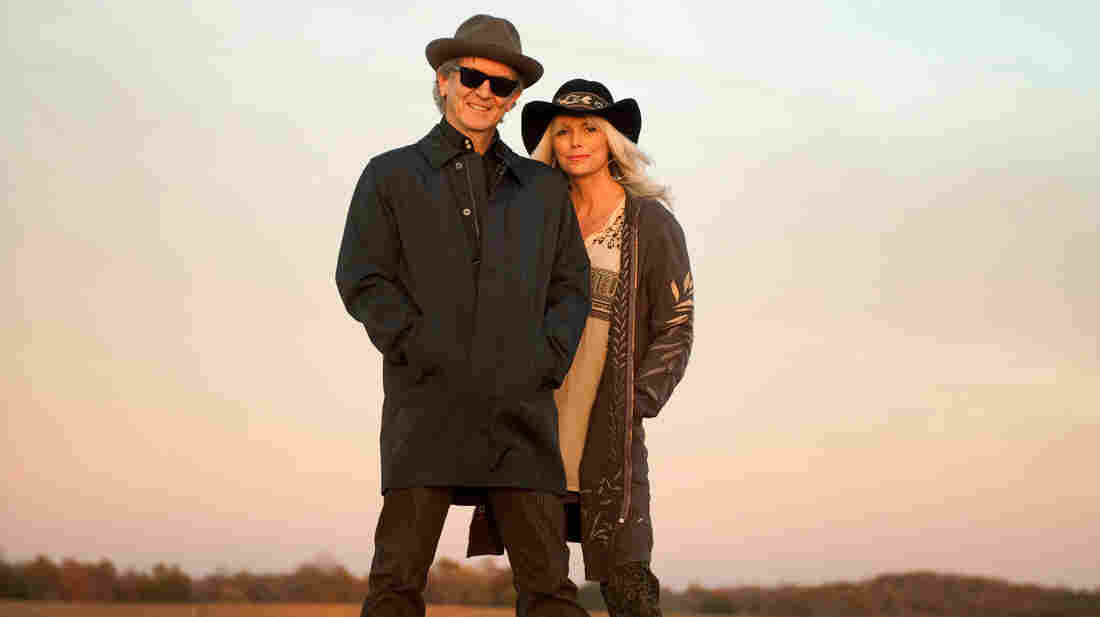 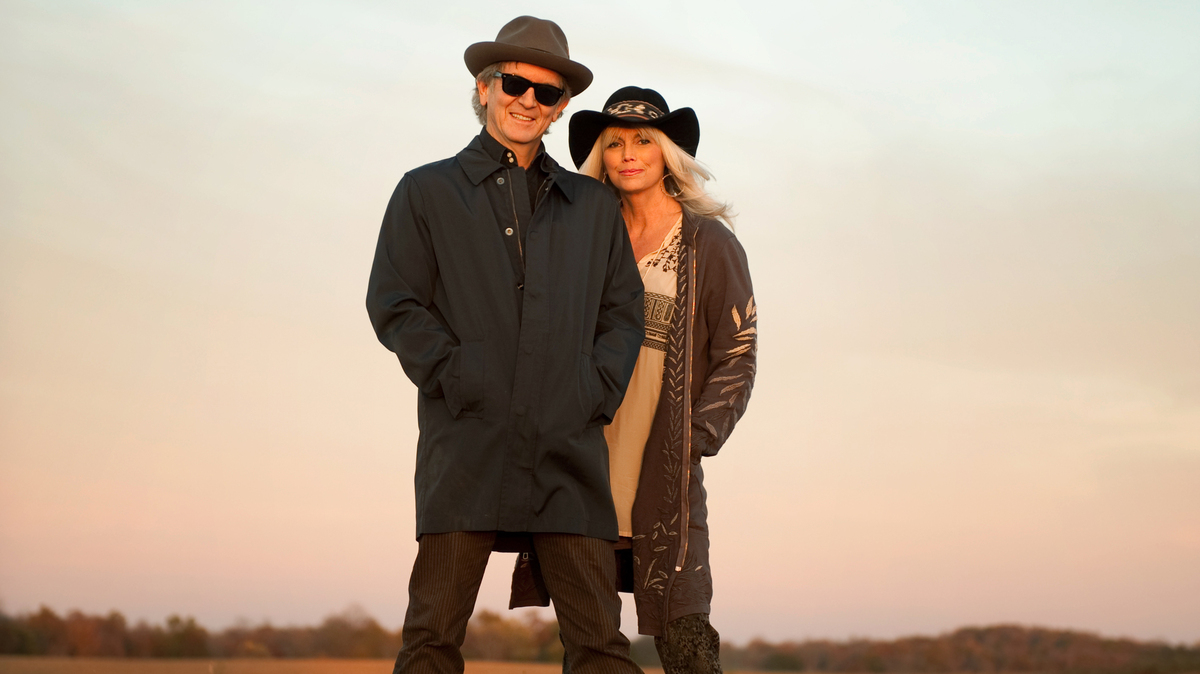 Hanging Up My Heart

Almost 40 years after their first collaboration, Emmylou Harris and former bandmate Rodney Crowell are back with a new album of duets. Old Yellow Moon includes Crowell originals as well as revivals of songs by Roger Miller, Patti Scialfa and Kris Kristofferson.

"The whole spirit of this record was just two people singing together," Harris says. "That was the most important thing."

"Technology allows you to produce and manipulate," Crowell adds. "You can manipulate sound and you can manufacture recordings, but you cannot manufacture a performance."

The duo spoke with NPR's Scott Simon and performed a song from Old Yellow Moon in the studio.

On recording the title track

Emmylou Harris: "[The version on the album] was the very first time we ever sang the song together. When we listened back later on, you know, we were getting ready to record and we were gonna re-cut the song. And we listened to the demo, and we said, 'There's no way.' You know, the gods don't grace you with something like that very often — to be able to capture a moment like that."

On the development of their voices

Emmylou Harris: "I really have shaken hands with where my voice is right now. I think it's got a little deeper; it's got some more grooves in it. With me it was never about my voice as much as how can I tell the story of this song. And if I really love a song, nothing is gonna get in my way. Because it's more about the emotion ... and if I can't go as high as I would like then I'm just gonna stay low."

On the song "Open Season On My Heart"

Crowell: "I wrote that song during a very happy and peaceful time in my life ... [but] I can engage melancholy as if it were a kind of reverie. ... I had my heart broken as a young man at the age of 21, 22 — I mean, deeply. And you know, that'll be with me the rest of my life; that experience, I can still draw on it. Even on a day when I wake up and it's 'zip-a-dee-doo-dah' outside, the blues are still close by."