Accessibility links
Interview: Coach Bob Knight, Author Of 'The Power Of Negative Thinking' Legendary former Indiana basketball coach Bob Knight has a new book out, explaining his philosophy on coaching and life in general. It's called The Power of Negative Thinking, and Knight says he wants people to get rid of their rose-colored glasses and start working for what they want rather than just hoping. 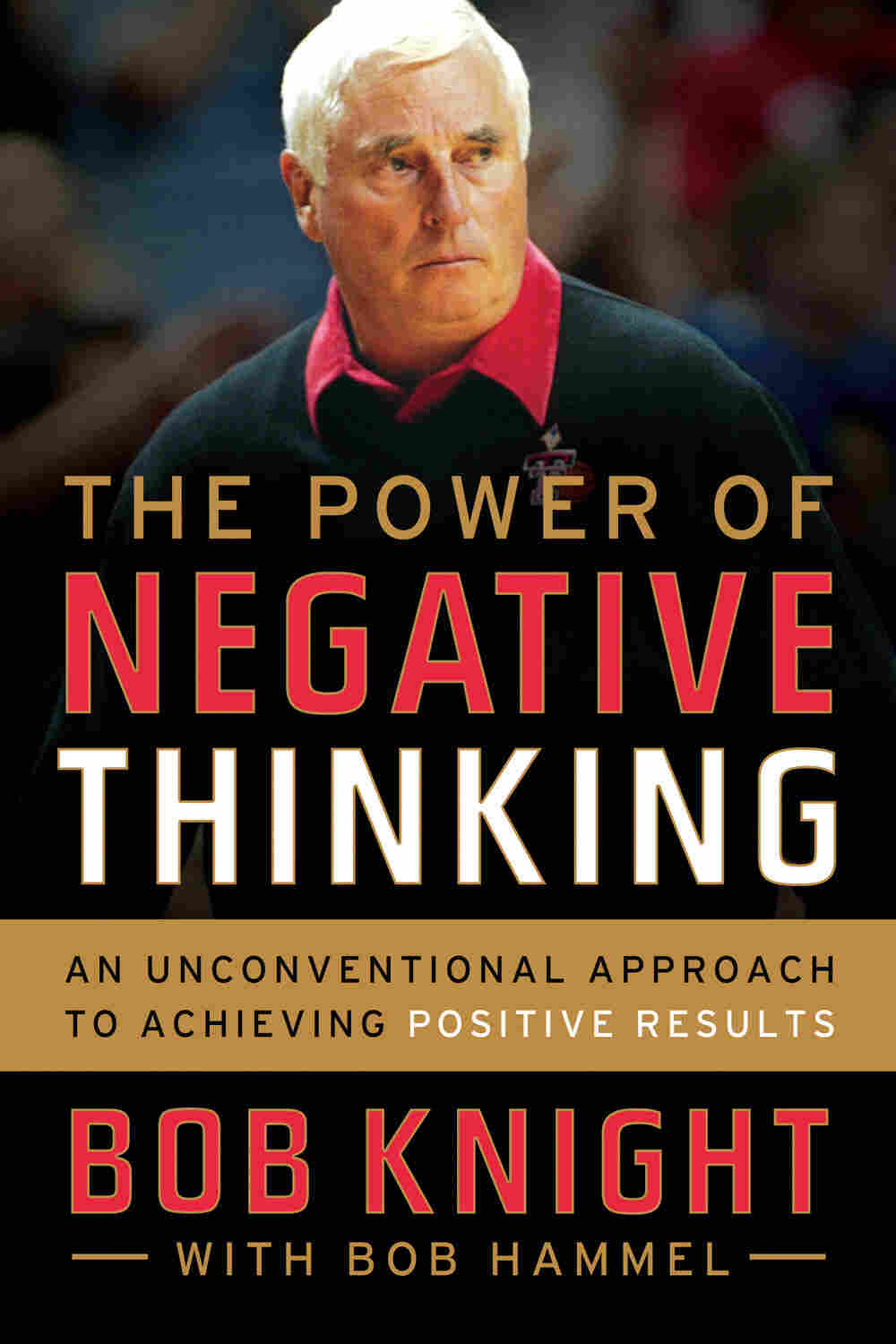 The Power of Negative Thinking

A few names come to mind when you say Hoosier basketball: Larry Bird, Gene Hackman, who was in a movie — and Bob Knight, about whom they make movies. Bob Knight coached three Indiana University teams to three NCAA championship titles and — a record of which he's equally proud — almost all of his players graduated. He left Indiana after a controversy involving his treatment of players, went on to coach at Texas Tech, and is now retired from coaching and a featured commentator for ESPN's college basketball coverage.

He has a new book in which he lays out the philosophy of his coaching and how it can apply to life: The Power of Negative Thinking. Knight tells NPR's Scott Simon that he wants to help people get rid of their rose-colored glasses. "I think that we as a people are always prone to think about, well, tomorrow will be a better day," he says. "Well, why will it be a better day?"

Knight says people should concentrate on doing well in the present rather than hoping for good things down the road. "Positive results don't happen simply because we believe they're going to happen," he says. Hope may spring eternal, he laughs, but it's a lot better to work and plan for something than just to hope for it.

Nor did he pray for good things — Knight eschewed pregame prayers during his coaching career. "I'll tell you what," he says. "I watched the guy that hits a home run, and he comes across the plate, and he points skyward, like thanking the Almighty for the help to hit the home run. And as he does that, I say to myself, 'God screwed the pitcher.' And I don't know how else you look at it. I've always felt that the Almighty has a lot of things to do other than help my basketball team."

Going 'One On One' With Sports' Greatest Stars

There is room, though, amid the negative thinking, for happiness, Knight says. "Winning. I think, what more can you want than having completed a task, played a game, where you have won? What better feeling can you have than having done something that has not just benefited you, but has benefited your team? I think there's a tremendous reward in simply being successful. But the key is, how do you become successful?"

Knight is an unlikely advice guru — he left Indiana under a cloud after allegations that he could not control his temper with players. But, he says, his record there speaks for itself. "I think you're looking at something I'm not sure you really know anything about. I was involved with some great people while I was at Indiana ... people that really understood and appreciated what I tried to do with the basketball team," he says. "The last five or six years that I was there, I didn't agree with people, I didn't like the people that I was working for. The biggest mistake I made was thinking I could stay there, and shouldn't have."

There's an infamous video that shows him appearing to choke a player, but Knight calls it "overworked," saying, "if you've looked at that video, you can't even see it, you can't even really tell it. I don't see anything wrong with my going past a kid and grabbing his shoulder and simply saying, 'Don't throw the ball away, you've got to look where you're passing,' and walking on." And as for his locker-room rants, Knight says, "what I did in the locker room seemed to bring about a situation, as far as our teams were concerned, that must have been a lot better than what other people were doing in the locker room."