Accessibility links
Author Interview: Denise Kiernan, Author Of 'The Girls of Atomic City' The U.S. military called its Oak Ridge, Tenn., facility "Site X." During World War II, thousands of workers there enriched uranium for the first atom bomb — even if they didn't know it at the time. Author Denise Kiernan's new book, The Girls of Atomic City, follows some of the women who worked there. 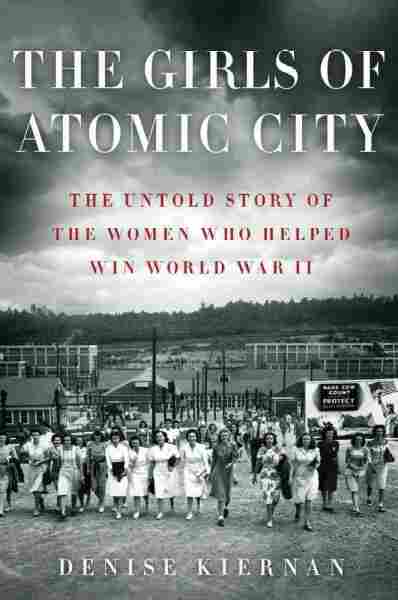 The Girls Of Atomic City

Before the fight to win women equal footing in the workplace, there was the fight against Hitler and Hirohito. In the depths of World War II, everyone in America had to pitch in, men and women alike. And in 1943 the government offered war jobs, lots of them, in a town called Oak Ridge, Tenn.

Where is it on a map? What do they do there? What will I do there? The government didn't give any answers to those questions — and still the recruits, many of them young women, streamed in.

"The one thing they did know was that the work they were going to do there was going to help end the war," author Denise Kiernan tells NPR's Rachel Martin.

Kiernan's new book, The Girls of Atomic City, is about the women who worked at Oak Ridge, which the military called Site X. It was where the U.S. enriched the uranium that led to the first atomic bomb.

One of the girls was Celia Klemski, a coal miner's daughter from Pennsylvania who landed a big city war job in New York, working on a mysterious project in Manhattan. And then, out of nowhere, her boss asked her to move to Tennessee.

"Well, they told me it was a secret city, and of course, I told my mother where I was going, and she said, 'You can't go to any secret city,'" Klemski recalls. But she was happy to go, and she's been living in Oak Ridge ever since.

Klemski remembers the train ride from New York to Tennessee — first class all the way, but the minute she arrived in Oak Ridge, she stepped in a mud puddle and ruined her black suede shoes.

"I had to throw away those shoes. Broke my heart," she says. 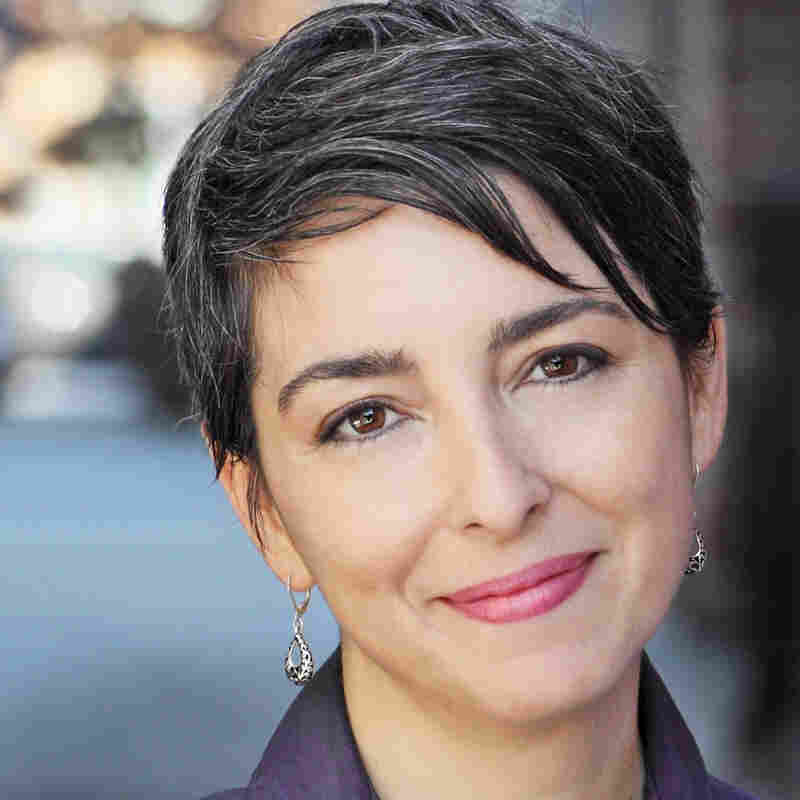 Denise Kiernan was head writer for ABC's Who Wants to be Millionaire during its first season. She has worked as a journalist and written several nonfiction books. Treadshots.com/Simon and Schuster hide caption 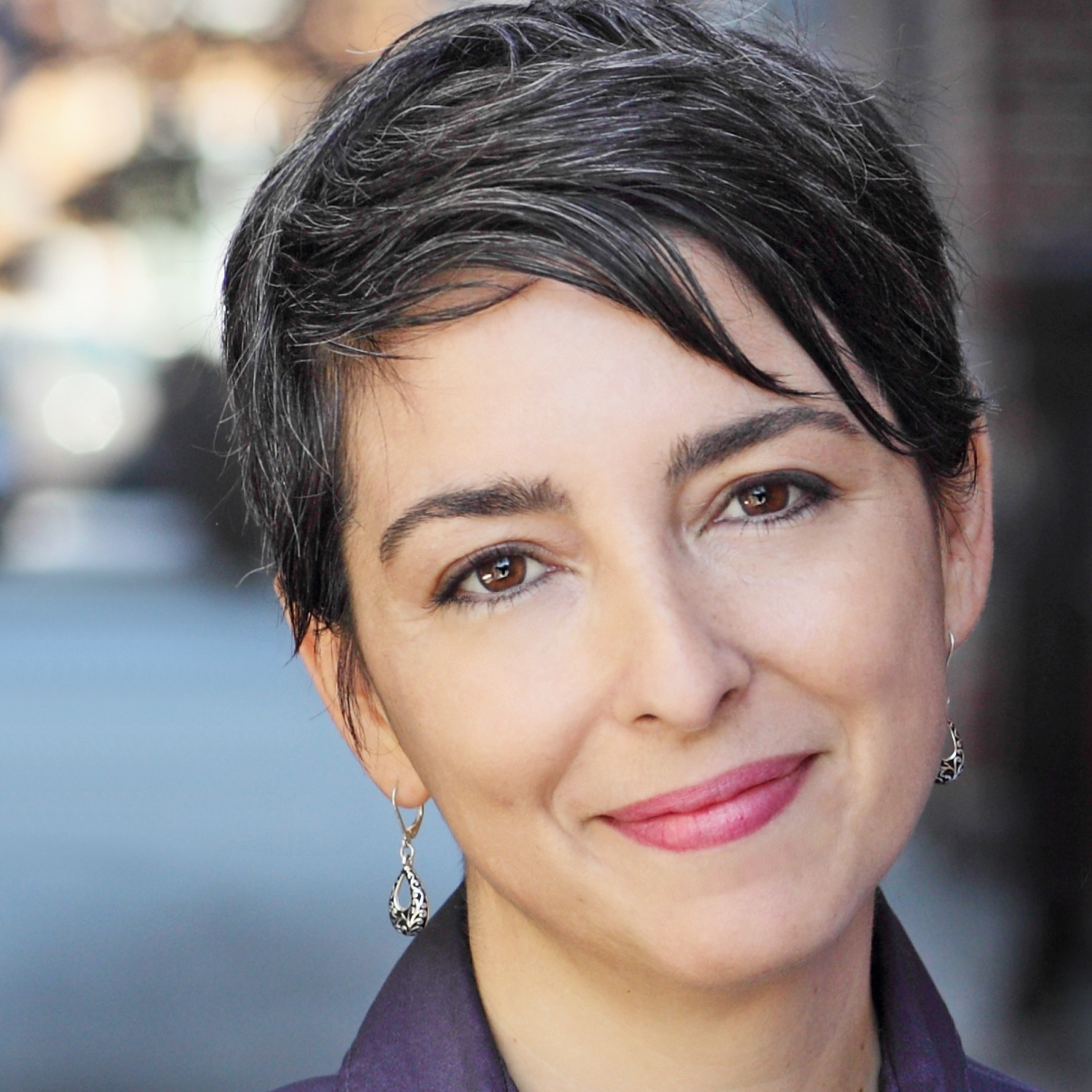 Denise Kiernan was head writer for ABC's Who Wants to be Millionaire during its first season. She has worked as a journalist and written several nonfiction books.

Oak Ridge had been a small southern Appalachian farming community until the war transformed it, Kiernan says.

"By 1945, [it] is a town of 75,000 people, operating 24 hours a day, one of the largest bus systems in the entire United States, and they're using more electricity than New York City," she says.

The town boasted roller-skating rinks and bowling alleys, and factories operating around the clock.

There was also a vibrant social scene as all the young, single war workers flocked to Oak Ridge.

"We were very young," says Colleen Black. "We were so young that we didn't have a funeral home! And so you got acquainted and you went to the dances on the tennis courts and the bowling alleys, and the recreation hall."

Cafeterias were a social center, too — especially for sing-alongs, Black recalls.

Black worked as a leak detector, looking for leaks in the pipes at her plant.

Black and Klemski quickly learned to get over any scruples about wearing trousers to work.

"You'd be climbing all over these pipes, and testing the welds in them," Black says, so skirts were impractical. "Then they had a mass spectrometer there, and you had to watch the dials go off, and you weren't supposed to say that word, either.

She never asked what was in the pipes, "because they told me not to," Black says. "I'd come from a Catholic school where I minded the nuns, and from a family, did what my parents told me ... so then I did what the boss told me!"

"But see, we didn't have all these things that you all have now," Black says. "We didn't have cell phones, we didn't have TVs. If we wanted to know the news, we went to the movies and we watched the newsreel, so it didn't bother me ... and if somebody was to ask you, 'What are you making out there in Oak Ridge,' you'd say, '79 cents an hour,'" she says, laughing.

They only learned that they'd been processing uranium when the news of the Hiroshima bombing broke.

"That was the first we heard," Klemski says. "At that time, the Knoxville News-Sentinel came out and it was 5 cents a copy, but that day, when the bomb was dropped, it was a dollar," Black adds.

"At first, we were really excited," she continues. "We thought, oh, we've done something to help win the war. It wasn't till after we saw the devastation — you know, we didn't like that, but we were glad that we had a part in bringing the war to an end." Klemski chimes in: "I certainly was happy that I was here, and that I was part of the war effort, too."

That was the overriding sentiment at Oak Ridge, says author Kiernan.

Klemski and Black recall the news and the period immediately afterward.

"I was really upset, you know, about all the devastation, but there was nothing I could do about it," Klemski says.

Black adds: "They asked us to stay on, and they were going to do research on, you know, something to see if they could help do something for peacetime. And we thought that would be the end of all wars."

Read an excerpt of The Girls Of Atomic City