Accessibility links
After Keystone Review, Environmentalists Vow To Continue Fight A report released by the State Department Friday says the pipeline won't have much of an impact on the development of oil from Alberta. But activists who oppose the project aren't giving in. 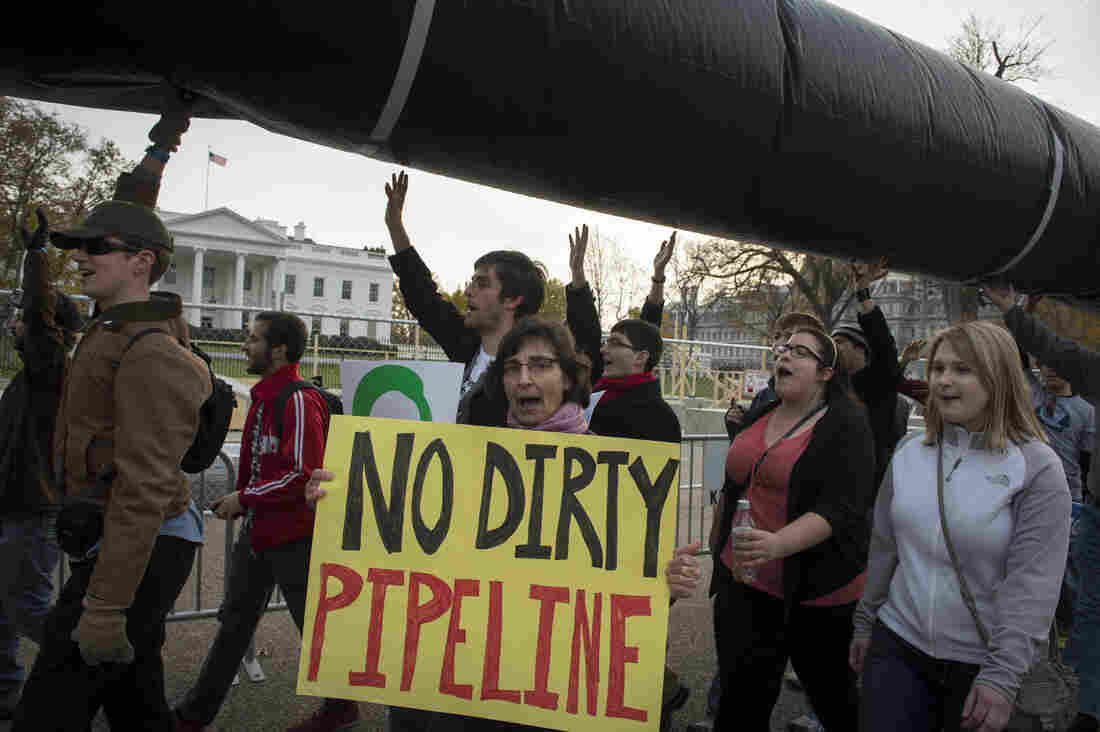 Demonstrators carry a mock pipeline as they pass the White House to protest the Keystone Pipeline, in Washington, D.C., on Nov. 18, 2012. Rod Lamkey Jr. /The Washington Times /Landov hide caption 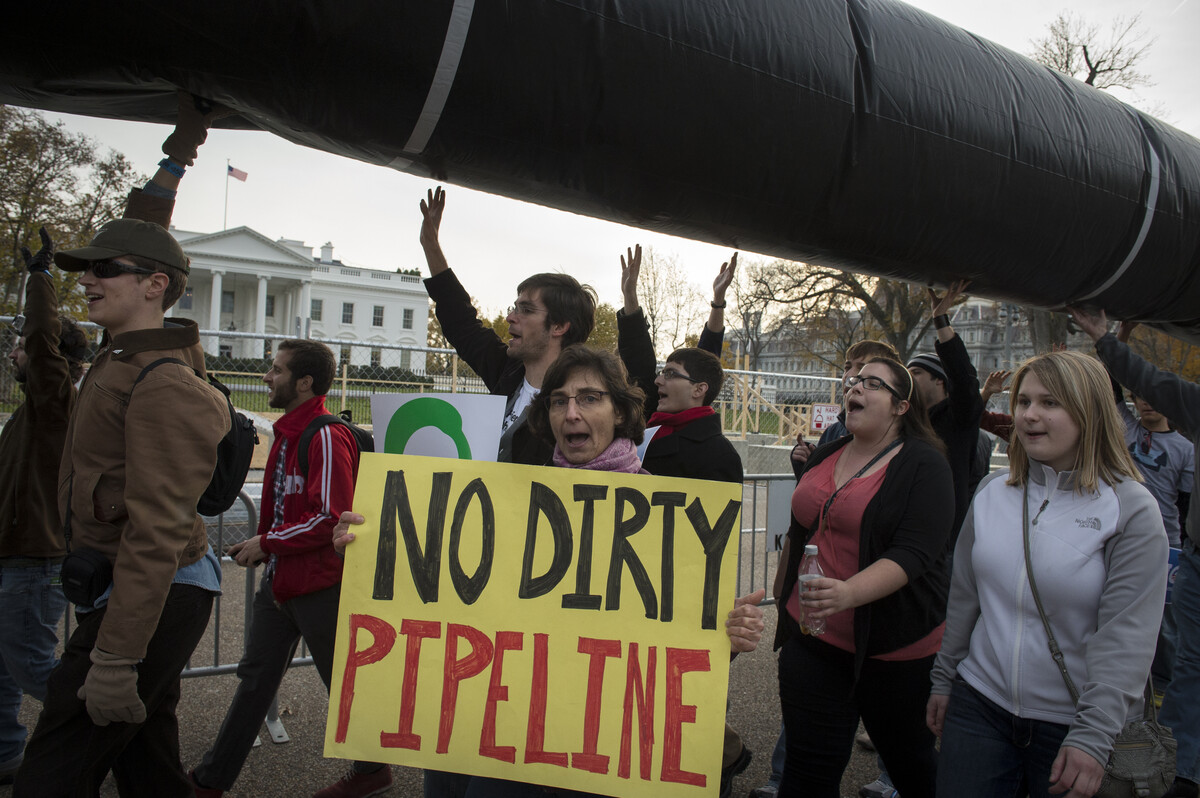 Demonstrators carry a mock pipeline as they pass the White House to protest the Keystone Pipeline, in Washington, D.C., on Nov. 18, 2012.

Environmentalists have a hope.

If they can block the Keystone XL pipeline, they can keep Canada from developing more of its dirty tar sands oil. It takes a lot of energy to get it out of the ground and turn it into gasoline, so it has a bigger greenhouse gas footprint than conventional oil.

But the State Department report, which was released Friday, says Keystone won't have much of an impact on the development of that oil from Alberta.

"The State Department said, 'We agree with industry.' They're saying this oil would have gone to market anyway," Book says. "The facts are the oil in the ground in Canada isn't going to stay there if there's a buyer. And there is a buyer. The buyer's here in the U.S., right now, and the oil is coming here by train, by truck and in some cases by barge."

It's also already flowing to the U.S. through existing pipelines.

Industry experts do say in the short-term, Keystone could get oil flowing faster.

Canadian investment researcher Chris Damas says the industry wants to increase production dramatically. And it's hard to see how trains could keep up, especially since there's already a big backlog for new tanker cars.

"Unless you can find a pipeline that can cross the border without presidential approval, I think that the Canadians ... and I'm a proud Canadian, we have a problem," Damas says. "We have landlocked oil, so there's no easy fix to this problem."

Already, transportation constraints have driven down the price of Canadian oil.

Damas says, if that continues, producing this oil just won't be profitable any more.

"If the price goes too low, these projects will slow down," he says.

Michael Brune, executive director of the Sierra Club, says he fears the State Department's analysis will push the Obama administration to approve the project.

"This makes the president's job to follow through on his commitment to be tough on climate change, it makes that job much more difficult," Brune says.

Of course, the impact on climate isn't the only thing the Obama administration will consider. While the pipeline is being built, it will support 42,000 jobs bringing $2 billion in wages.

But Brune says it's not over yet.

"We are going to fight," he says. "We will use all of the resources that the Sierra Club has to offer. Our law department, our organizers, our lobbyists, the 2.1 million members and supporters across the country, 170 groups who joined together at the climate rally in Washington, D.C., to make sure that the pipeline is rejected and that we go all-in on clean energy instead."

Amy Myers Jaffe, an energy expert at the University of California, Davis, says the only way to keep the oil from Canada under the ground is to change the way we live.

"Really, truly, it's a lifestyle issue. We use 18 to 19 million barrels a day of oil in this country," Jaffe says.

That's more than 20 percent of oil consumed in the whole world.

"We're only 5 percent of the population," Jaffe says. "And we need to look in the mirror."

Jaffe says once we reduce our consumption, we can have the luxury of rejecting Canada's oil.