Accessibility links
Cardinals At Odds Over When To Begin Choosing Next Pope The College of Cardinals is holding its first official meetings Monday at the Vatican. Some want the conclave to start as soon as possible; others want time to get to know each other. The resignation of Pope Benedict XVI has posed challenges for the cardinals as they set out to choose the next pope. 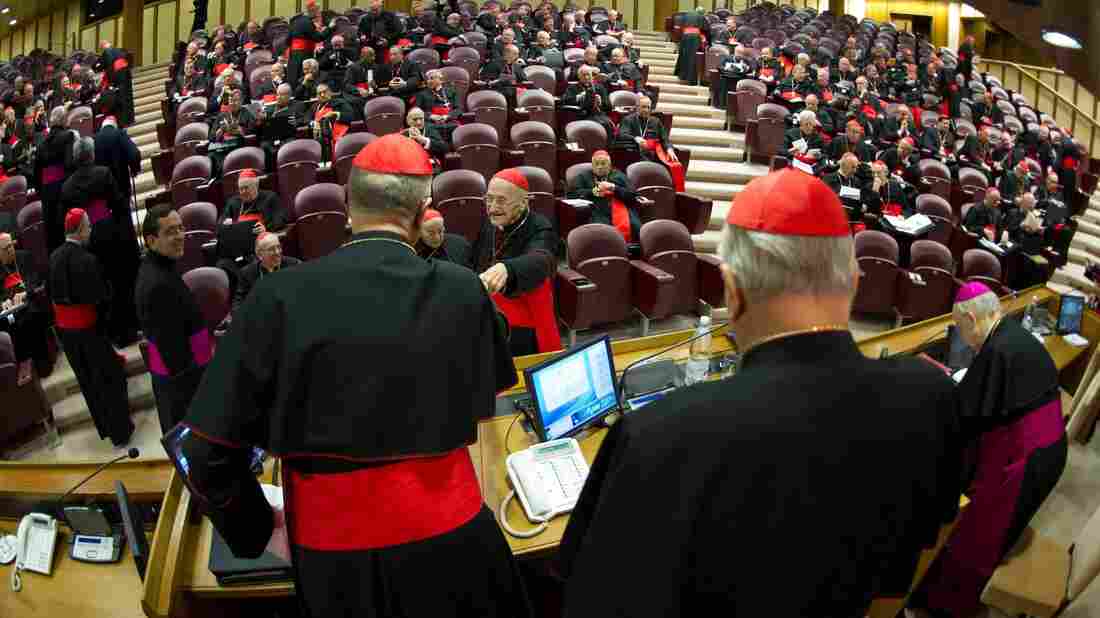 Cardinals from around the world attend a meeting at the Vatican on Monday. They have gathered for their first round of meetings before the conclave to elect the next pope. AP/L'Osservatore Romano hide caption 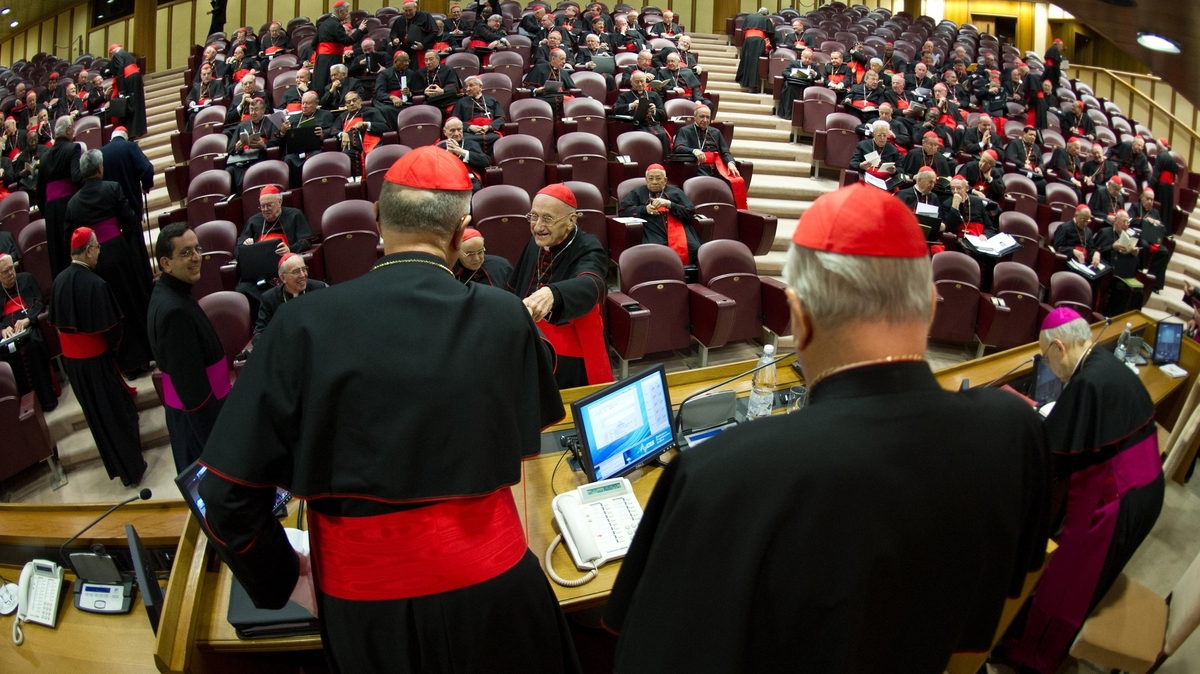 Cardinals from around the world attend a meeting at the Vatican on Monday. They have gathered for their first round of meetings before the conclave to elect the next pope.

The College of Cardinals is holding its first official meetings at the Vatican on Monday. The top agenda item is choosing which day to start the closed-door conclave that will elect the new pope. With no clear front-runner, the conclave outcome is unpredictable.

The papal resignation has put the cardinals in an unprecedented situation in modern history.

"The real mood is of shock and disappointment — this resignation desacralized the figure of the pope," says Massimo Franco, author of several books about the Vatican. He says a pope cannot be treated like a company CEO.

"If you allow the idea of resignation," he adds, "it means that in the near future every pope might be a victim of a mud campaign to force him out, from inside or from outside the Vatican, and that is very destabilizing."

The cardinals are already divided over when to start the conclave. Members of the Curia, the Vatican bureaucracy that's at the heart of numerous scandals, want it as soon as possible.

Many foreign cardinals, like Cardinal Francis George of Chicago, want more time to discuss the new challenges and to get to know each other.

"No matter what date we are looking at, there has to be enough time to discuss, otherwise the discernment won't be at a point where it has to be when you go into conclave," he says.

One of the main topics will be the state of the Curia that is responsible for all major church decisions, from appointing bishops to annulling marriages to disciplining dissidents and pedophile priests. Last year's leak scandal exposed an administration rife with intrigue, cronyism and corruption.

"I'm sure a priority is going to be what kind of restructuring perhaps, if necessary, the Roman Curia should take," says Cardinal George, "because there are problems in governance right now in the central government of the church. There's a crisis of confidence that was made quite clear in the VatiLeaks scandal."

Leaks are not the only scandal haunting the cardinals — the worldwide sex-abuse crisis is weighing heavily on their selection process. With several cardinals tainted by mismanagement of cases of sex abuse, the pool of viable candidates has been narrowed down.

Robert Mickens, correspondent of the Catholic weekly The Tablet, says public opinion demands that candidates be closely scrutinized as never before in history.

"Maybe before, people didn't dig around in pope's dirt, but they are now," Mickens says. "And what's going to happen when we have a pope who we discover had something in his past, had a lover in his past or accused of abuse in his past? That will really shake the foundations."

It's not clear how much the cardinals want to overhaul.

"A lot of things really need a change, and we need a wind of change," says theologian Hans Kung, a former colleague and later antagonist of Benedict XVI. He points to the dwindling number of faithful and priests, the need for a greater women's presence in the church and revised sexual ethics.

He believes Benedict's resignation has opened the way to a Vatican Spring and that a reformer pope would find many allies.

"So many Catholic laypeople, religious, clergy, bishops, cardinals and perhaps even some Curia members can together dismantle the Curia and institutionalize the collegiality demanded by Vatican II," Kung says.

But Robert Mickens cautions that the shadow of Benedict XVI could be very present inside the conclave.

"How free will they feel to elect someone that might have a different vision for the church than Benedict XVI, who is still alive and will be lurking in the successor's garden?" Mickens wonders. "Can the elected pope be free to be his own man?"

Monday's schedule is heavy — the cardinals are meeting both in the morning and afternoon.