Accessibility links
'Out Of Order' At The Court: O'Connor On Being The First Female Justice Sandra Day O'Connor, the first woman to serve on the U.S. Supreme Court, discusses her new book about the history of the court, and why she doesn't like the term "swing vote." O'Connor served for 24 years, retiring in 2006 to care for her ailing husband. 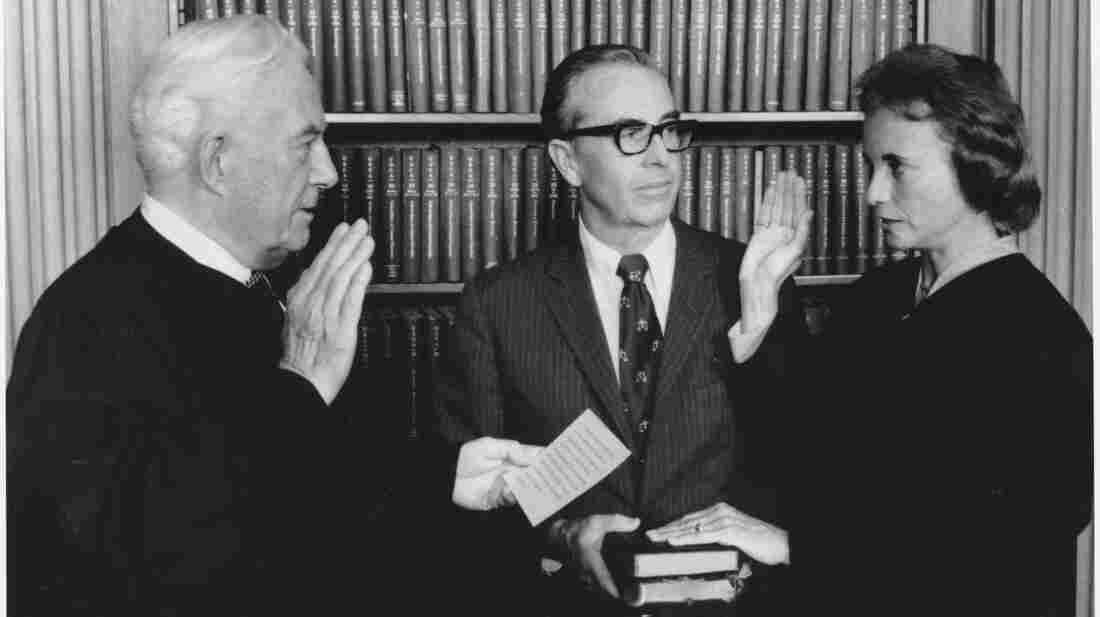 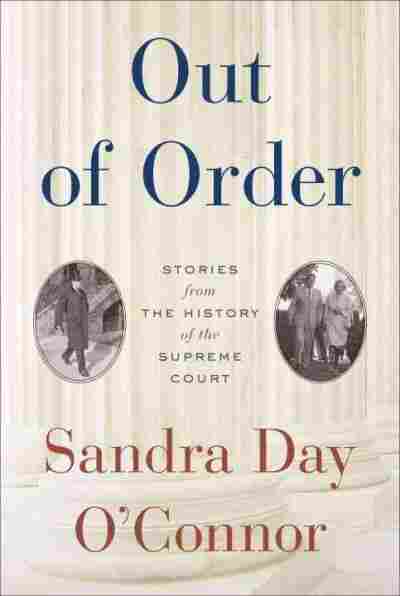 Stories From the History of the Supreme Court

Sandra Day O'Connor wasn't expecting the call from President Reagan that would change her life that day in 1981.

"I was working in my office on the Arizona Court of Appeals," she tells Fresh Air's Terry Gross. "I was at the court in my chambers when the telephone rang. And it was the White House calling for me, and I was told that the president was waiting to speak to me. That was quite a shock, but I accepted the phone call, and it was President Reagan, and he said, 'Sandra?' 'Yes, Mr. President?' 'Sandra, I'd like to announce your nomination to the U.S. Supreme Court tomorrow. Is that all right with you?' Well, now, that's kind of a shock, wouldn't you say?"

O'Connor — who has a new book about the history of the Supreme Court called Out of Order — was sworn in by Reagan on July 7, 1981, as the first female Supreme Court justice, replacing Justice Potter Stewart. In a politically divided court, she often cast the swing vote, sometimes siding with the conservatives, as she did in Bush v. Gore, and sometimes with the liberals, as she did in upholding the McCain-Feingold campaign law and the use of affirmative action in college admissions. The term "swing vote," however, is not one she associates with herself and her tenure on the court.

"I don't like that term," she says. "I never did, and it's not one that I like any better today. I don't think any justice — and I hope I was not one — would swing back and forth and just try to make decisions not based on legal principles but on where you thought the direction should go, and so I never liked that term."

She served for 24 years before retiring in 2006 to take care of her husband, who suffered from Alzheimer's.

"We had a very happy marriage," she says. "I loved my husband very much, and it was heartbreaking to have him develop Alzheimer's disease, and to stand by and watch him decline in his ability to take care of himself. It's very sad, and I knew he was going to reach the stage ... And I really felt when that time came, it was better if he went back to Arizona, where we had lived for so many years, and where two of our three sons were living, so that they could help keep him company and share the decisions that had to be made." 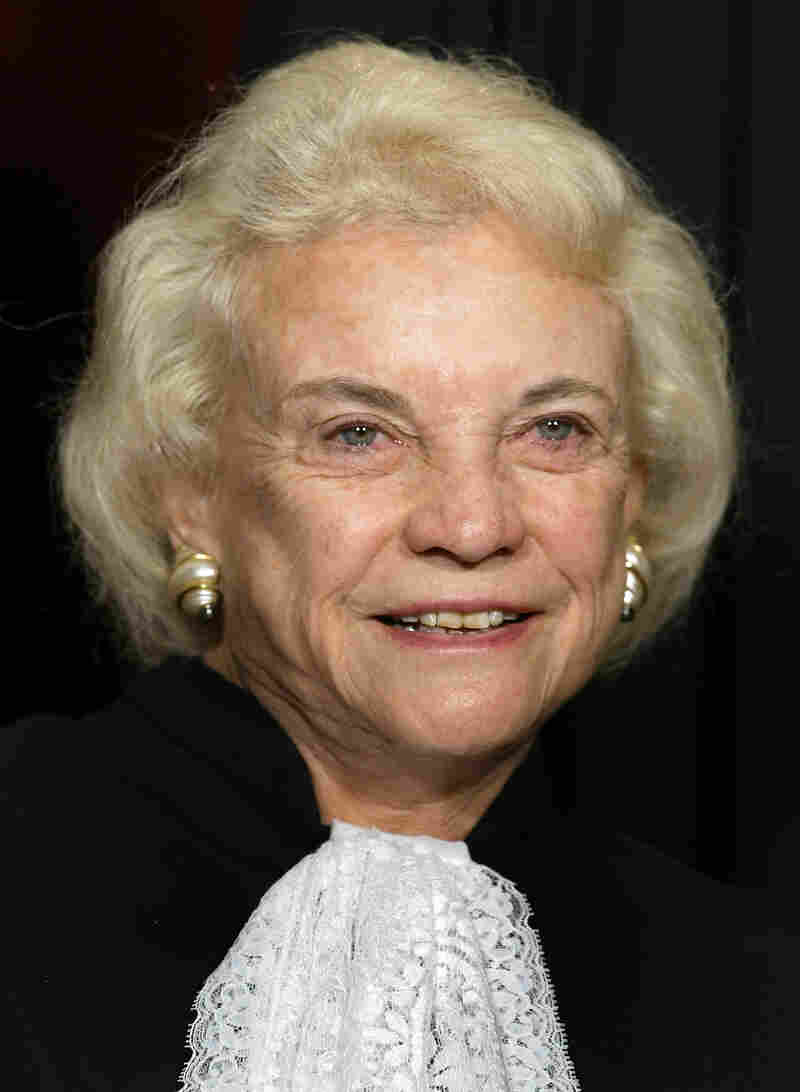 O'Connor served on the Supreme Court of the United States from 1981 to 2006. Mark Wilson/Getty Images hide caption 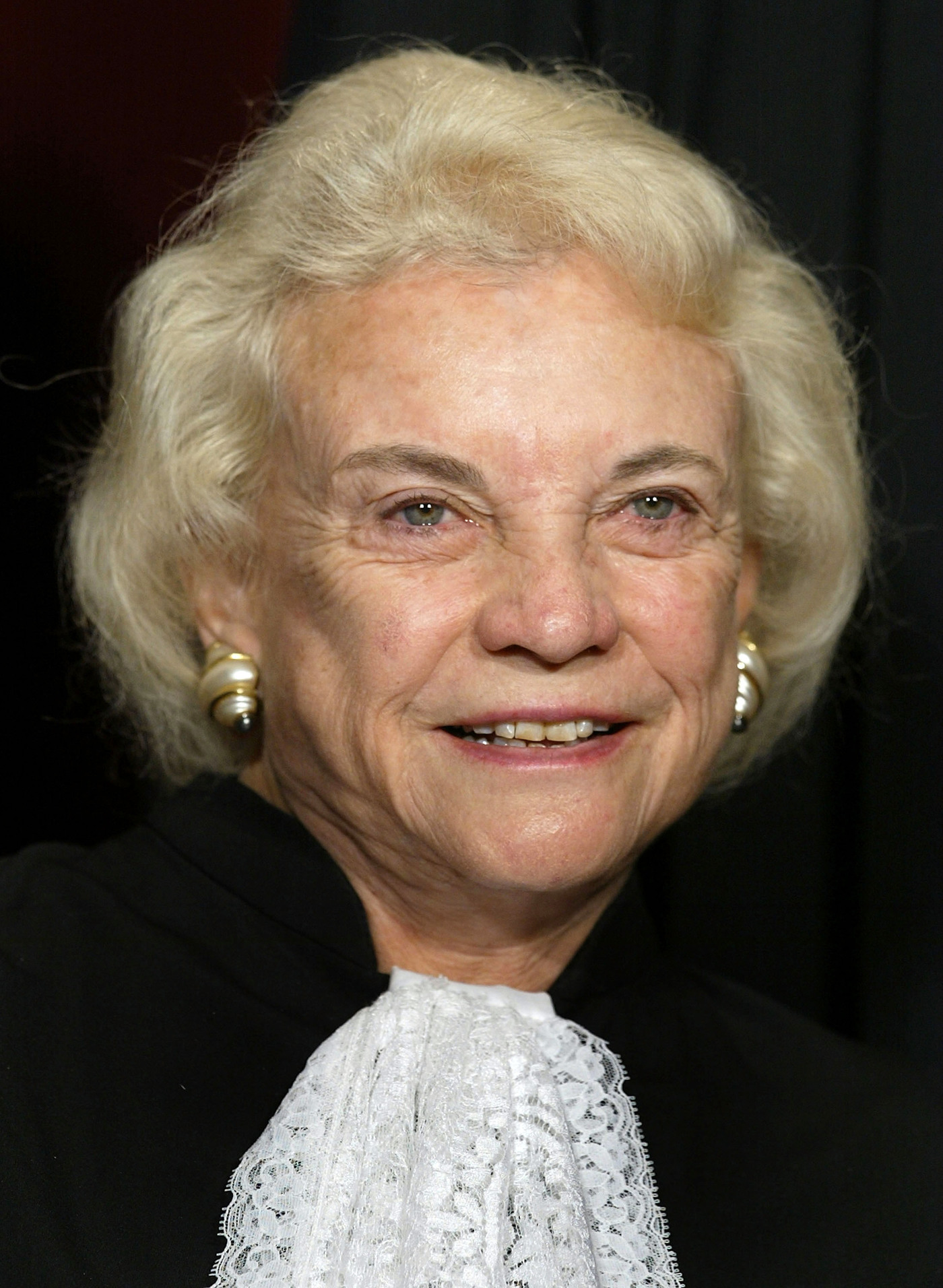 "I felt a special responsibility ... as the first woman. I could either do an adequate job so it would be possible for other women to be appointed without [people] saying, 'Oh, see, a woman can't do it,' so it became very important that I perform in a way that wouldn't provide some reason or cause not to have more women in the future. That was very important to me."

"In the early days of when I got to the court, there wasn't a restroom I could use that was anywhere near that courtroom. [It] was a long way down the hallway, so it wouldn't have been convenient. And we had to find something in the way of a restroom that was near the courtroom that I would be able to use when we were back there or in the room where we discussed cases. And, I think, I borrowed a restroom in the nearest chambers there at the court. I think I just borrowed one there that kind of became the one that I could use. ... They just didn't have a woman justice, so that's what you'd expect under those circumstances."

On trying to get a job interview after finishing law school

"John O'Connor and I had decided to get married, and he was a year behind me. And so I was out of law school, and we both liked to eat, so that meant one of us was going to have to work, and that was me. I needed a job, and I wanted to work as a lawyer. I had graduated high in my class, and I thought I could probably get a job. We had notices on our placement bulletin board at Stanford Law School that said, 'Stanford law graduates: Call us if you want to get an interview for employment. We'd be happy to talk to you.' I called at least 40 of those firms asking for an interview, and not one of them would give me an interview. I was a woman, and they said, 'We don't hire women,' and that was a shock to me. It was a total shock. It shouldn't have been. I should have known better. I should have followed what was going on, but I hadn't. And it just came as a real shock because I had done well in law school, and it never entered my mind that I couldn't even get an interview.'

"If the decision is narrow — suppose it's 5 to 4 — and I see it's an issue where it's clear to me that I wouldn't have gone along with that fifth vote, then you wonder, 'Well, what if I'd still been there?' But there's no point in doing that. I don't think that helps anything."

Read an excerpt of Out of Order

At The High Court, A Tribute To A 'Chef Supreme'