Accessibility links
Interview: Sonali Deraniyagala, Author Of 'Wave' Sonali Deraniyagala lost her husband, two sons and parents to the Indian Ocean tsunami that claimed the lives of more than 200,000 people. Her new memoir recounts the events of that fateful day. 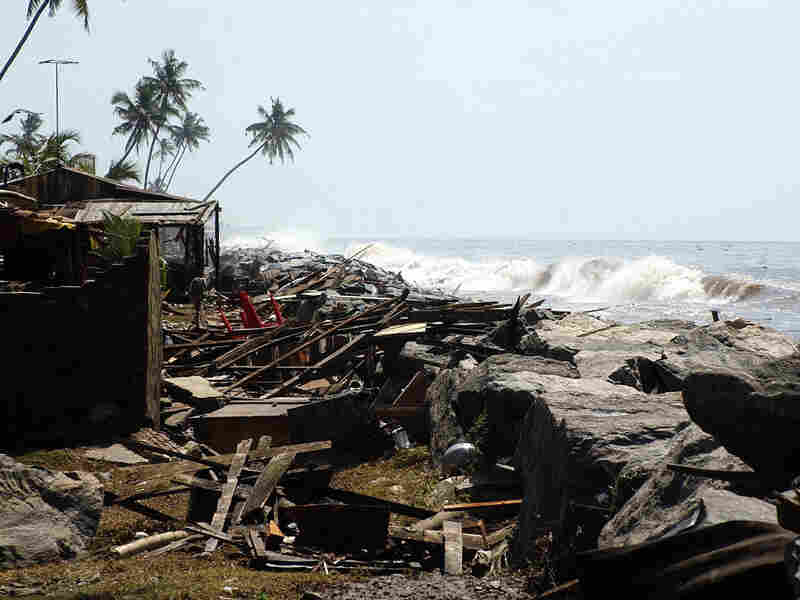 This Dec. 26, 2004, photograph shows a trail of destruction in the southern Sri Lankan town of Lunawa after tidal waves lashed more than half of Sri Lanka's coastline. Sena Vidanagama/AFP/Getty Images hide caption 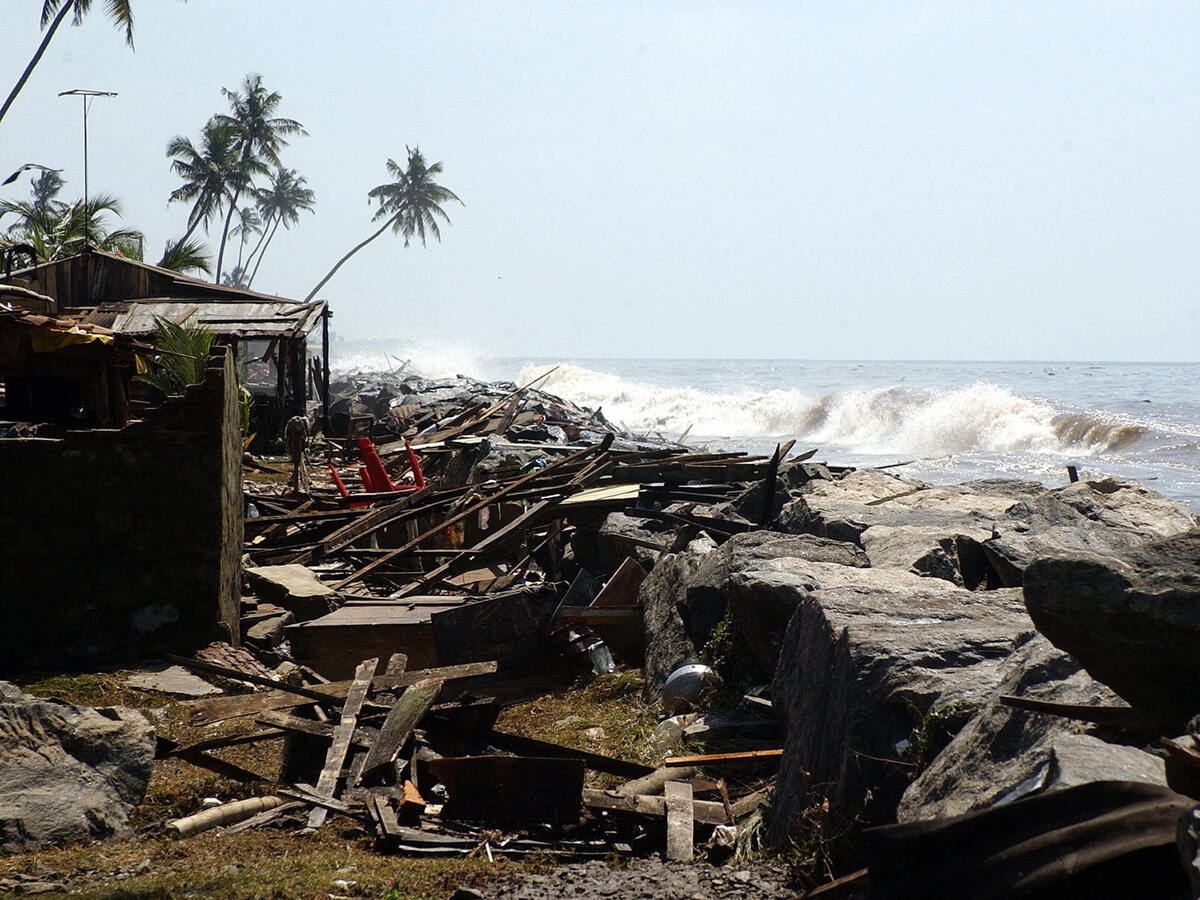 This Dec. 26, 2004, photograph shows a trail of destruction in the southern Sri Lankan town of Lunawa after tidal waves lashed more than half of Sri Lanka's coastline.

On Dec. 26, 2004, Sonali Deraniyagala was vacationing with her husband, her two sons and her parents in Yala, Sri Lanka. The day was just beginning when she and a friend noticed that something strange was happening in the ocean. Within a matter of minutes, the sea had wiped out life as she had known it. In a new memoir, called simply Wave, she recalls her experience with the tsunami that killed more than 200,000 people, including her own family.

Today, Deraniyagala lives in New York. She says when she first moved there, she sublet an apartment in Greenwich Village for three months; five years later, she's still there. She never meant to live in New York; it happened almost by accident, she says, and so did her book. She stayed because she found a therapist who helped her deal with her devastating loss in the tsunami. He suggested that she write down her memories, which she did in the cozy loft area of her Village apartment.

"I've done all my writing up here," she says from her home. "And I can only write in New York, and I can only write on the corner of that bed. I guess it's a kind of place of safety for me and I needed to shut everything out. It's a cocoon."

'The Sea Is Coming In'

Almost 10 years later, Deraniyagala can now speak calmly of the events of that day in 2004: It was a sunny morning with blue skies and no wind. Her parents had not yet emerged from their room. Her husband was in the shower. She and a friend were watching her two boys playing with the toys they had gotten for Christmas. 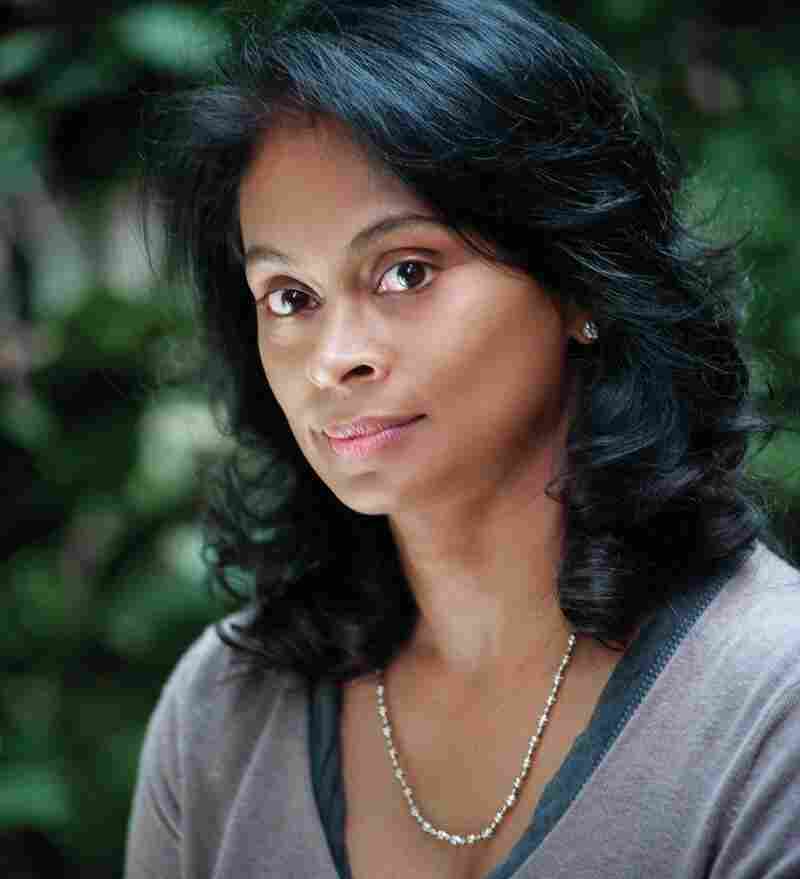 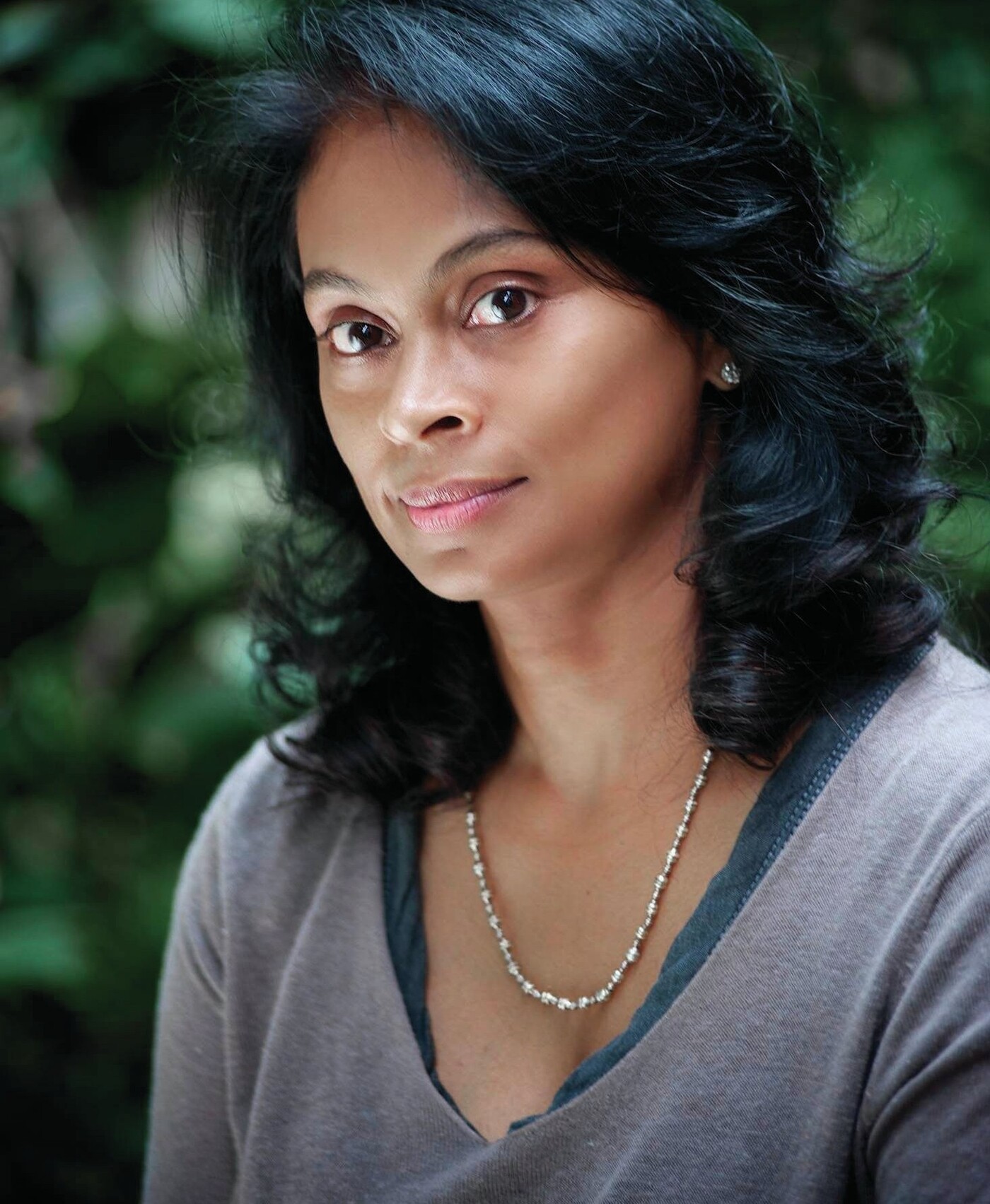 Sonali Deraniyagala was born and raised in Colombo, Sri Lanka. She now lives in New York and North London.

"And she looked at them, and I think I told them off or something; 'C'mon, don't make so much noise.' And she said, 'Oh, they're so gorgeous. You know, I want to start a family soon.' And she was single. And she said, 'Oh, what you guys have is a dream.' And the next sentence was, 'Oh, my God, the sea is coming in.' "

At first it just seemed like a strange event, not a threat. But quickly they realized they had to get out. She and her husband grabbed the boys and ran. They hitched a ride on a jeep but soon it began filling with water. Her husband was sitting across from her, and suddenly she saw a look on his face that she had never seen before.

"I think he saw the wave when it was rising and when it was coming at us," she says. "The last I saw of Steve was that look on his face where he looked completely aghast, seeing something that I couldn't see. But I couldn't turn back; I didn't have time to turn back and look ... because that's when the jeep turned over and we were all dispersed."

In her book, Deraniyagala recalls what happened next, and what it felt like as she was swept into the great wave. She writes:

"Am I underwater? It didn't feel like water, but it has to be, I thought. I was being dragged along, and my body was whipping backwards and forwards. I couldn't stop myself. When at times my eyes opened, I couldn't see water. Smoky and gray. That was all I could make out. And my chest. It hurt like it was being pummeled by a great stone."

She thinks she was in the water for at least 20 minutes. At one point the wave bounced her up to the surface and she was able to grab onto a branch. She was the only one in her family to survive.

'All The Debris Of Our Life'

Eventually Deraniyagala made it to her aunt's house in Colombo, Sri Lanka. 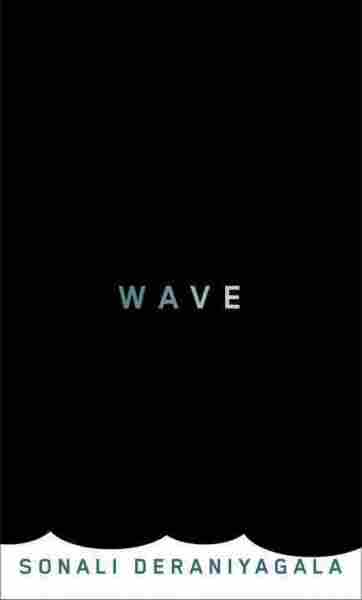 After she started to get a little better, her father-in-law asked her to return to the site of the disaster with him. At one point, while they were looking through the rubble, he asked to be left alone for a moment. Deraniyagala remembers the scene:

"He stood there and he spoke out aloud to Steve and the boys and said, 'I hope you can hear me wherever you are.' And at that moment something fluttered — it seems very unreal to me — at his foot, and it was a piece of paper. He picked it up eventually. And [then] he put his glasses on and he read it, and it was the back of a report which was written by Steve. And that kind of really struck me. And since I found that, I went back obsessively looking for anything that belonged to us. Because until that point I didn't — I was really terrified of even seeing something of ours. But then I started going back, digging around looking for one of my boys' toys maybe we took there or something.

"Eventually, four years later, I went back to our home in London. And that was something I was convinced for four years that I'd never do. But at the same time I'd told my friends who were looking after the house not to change anything, to leave it. So there it was, just as we'd left it. My first reaction was, gosh, it's like we've just stepped out. You know, it's all contained within these walls, all the traces of our life and all the debris of our life."

Gradually, Deraniyagala came to understand that pushing away the memories and the physical reminders of her family would not help her overcome her grief. Instead, she has learned to embrace those memories, to draw light and spark from the life she and her family once shared.

Deraniyagala ends her book in a park at the end of her street, bordered on one side by a busy highway and on the other by the Hudson River. Going there sometimes transports her to another time, along another river, the Thames in London, with her husband and sons: The boys would be running by the river, and it would be drizzling, much like it is on this New York day.

Deraniyagala says there is no resolution to the grief she feels. But in writing about her family she feels she has memorialized them, and in a way that has brought them back to life again.