Accessibility links
Interview: Jeb Bush, Co-Author Of 'Immigration Wars' Former Florida Gov. Jeb Bush says the United States should overhaul its laws to make immigration easier and to give illegal immigrants a way to legal residence, not citizenship. He says granting citizenship would provide an incentive for others to come to the U.S. illegally. 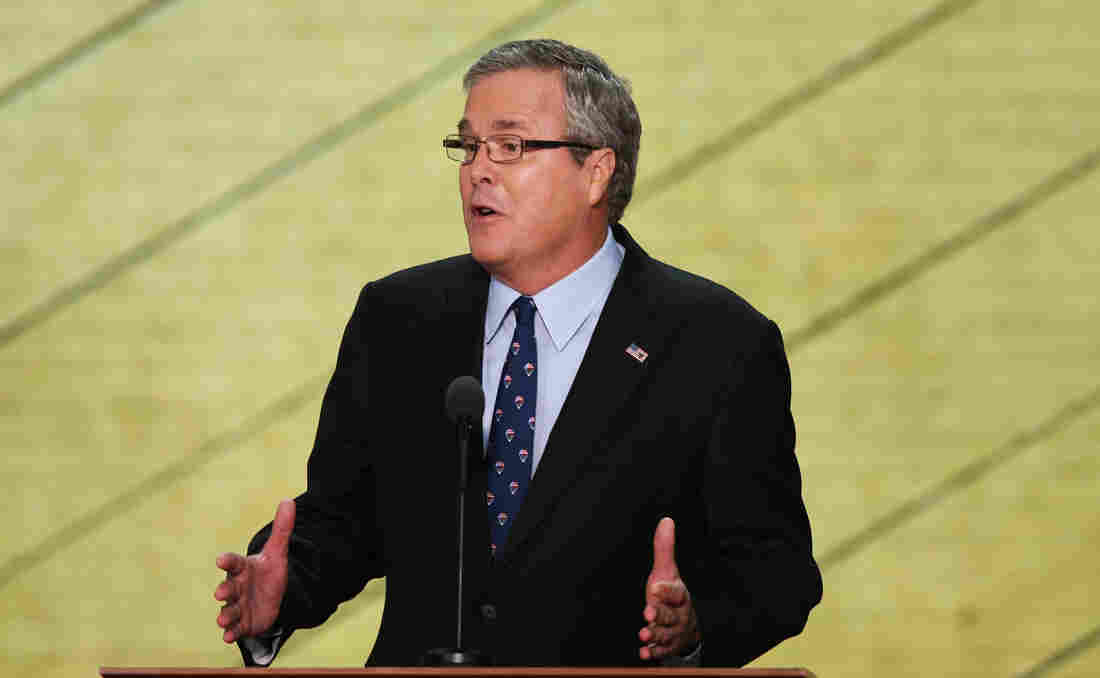 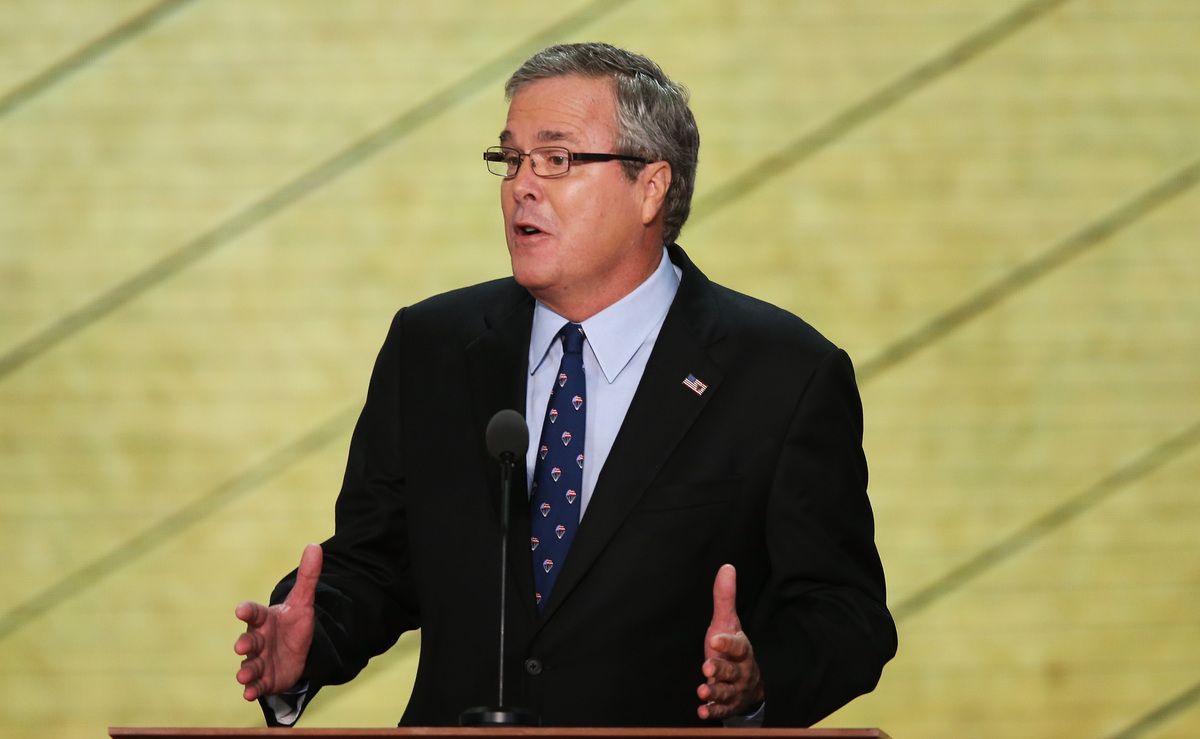 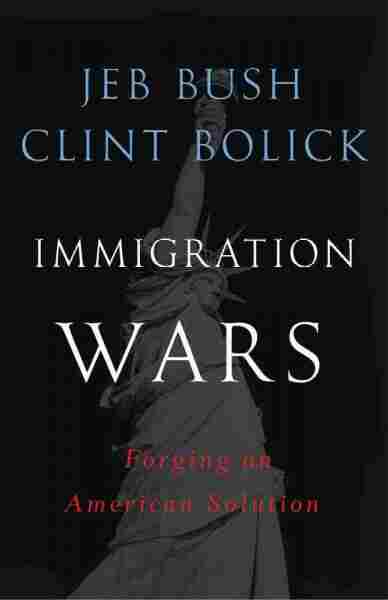 by Jeb Bush and Clint Bolick 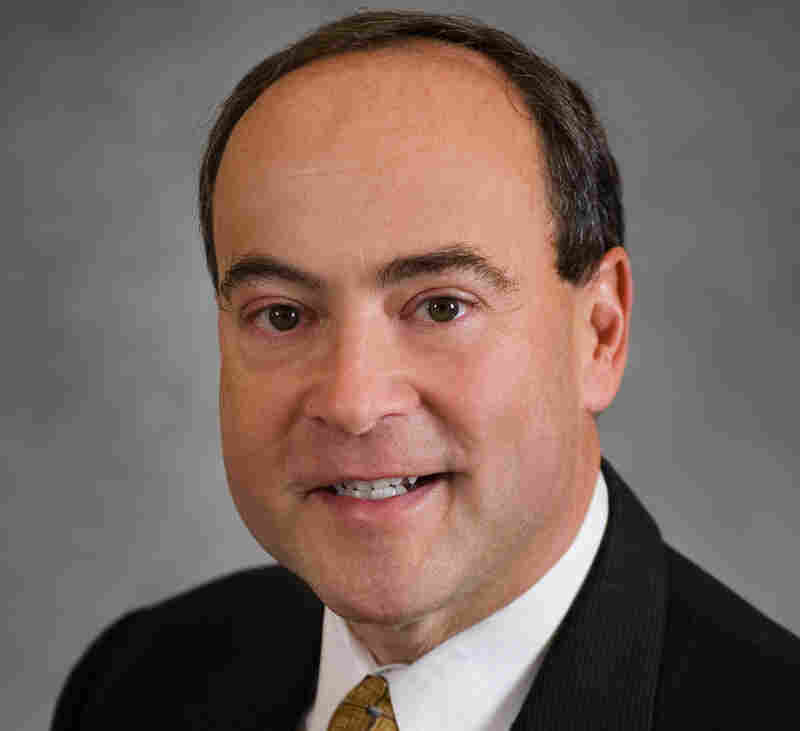 Clint Bolick is a lawyer and the director of the Goldwater Institute's Scharf-Norton Center for Constitutional Litigation. Courtesy Clint Bolick hide caption

Former Florida Gov. Jeb Bush, the son and brother of presidents, says the United States should overhaul its laws to make immigration easier and to give illegal immigrants a way to legal residence, not citizenship.

Bush lays out his plan with co-author Clint Bolick in the new book Immigration Wars. Bush tells NPR's Steve Inskeep that they propose legalizing undocumented immigrants "after there is a recognition that if people come here illegally, they have to pay a fine or do community service [and] make sure they don't commit any serious crimes."

"Over a period of time, they can have a legalized status that allows them to live a life of dignity," Bush says, "but not necessarily a path to citizenship, so as to not create incentives for future people that aspire to come to our country to do so illegally when they could come legally."

Those who want to become citizens, Bush says, could go back to their country of origin and apply. "And unlike the current conditions, if you change the ... immigration laws, actually people that could come here legally would be able to do so," he says. "Right now, in effect, we tell people to get in the back of the line, but the line is either so long or it doesn't exist — I mean, we don't really have that option. Our proposal ... would allow for that option to exist."

Bolick, a lawyer and director of the Goldwater Institute's Scharf-Norton Center for Constitutional Litigation in Phoenix, says their proposal would increase the number of people who can immigrate to the United States for work.

"We're the only country in the entire world that places such a low premium on people coming here to work. Two-thirds of our immigrants come as a result of family preferences, which are not just for spouses and minor children, which we think ought to remain, but also siblings and parents, and they, in turn, have a preference to bring in their relatives as well," Bolick says. "We think that we ought to dramatically increase the number of people who can come for low-skilled jobs, for high-skilled jobs, for education or just because they want to become American citizens."

Bush, often cited as a potential presidential candidate, says he's not running yet. "I'll let you know if I ever decide to do that," he says.

On why Republicans need to sign on to an immigration overhaul

Bush: "Being against other people's policies eventually puts you in a downward spiral. It's fine to be principled and oppose views that you don't agree with, but you also have to have an alternative. And so Clint and I believe that what we've proposed is a good, conservative, economically driven, respect-for-the-rule-of-law set of policies that would work, and it's something that the Republicans could embrace."

On whether Republicans are fighting too many budget battles

Bush: "No, I think it's correct to say that we have a spending problem that's going to overwhelm all the priorities that people in public life would want, so advocating spending restraint is important. But I think it also ought to be combined with an advocacy of reform ... of our entitlement system and engage the president to get him to be public about what his plan is."

Bush: "If the president is for increasing the eligibility rate, which I think makes sense, given the changing demographic nature of our country, if he's for whatever substantive changes he's for, he should be public about it. This is not a radical idea. This is how it has been done in American history — presidents have led, and they have used all the skills at their disposal to convince and persuade and to find common ground. My brother did it, Bill Clinton did it, my dad did it, Ronald Reagan did it, Lyndon Johnson did it. Why is it such a hard thing for us now to expect presidents to lead?"

On deciding whether to run for president

Bush: "We just had an election, and a lot will happen between now and the time that I would even begin to consider something like that. So, time would be the leading indicator."

Read an excerpt of Immigration Wars