Accessibility links
Movie Review - 'Beyond The Hills': Romanian Life, Sketched In Bleak Tones Director Cristian Mungiu's Beyond the Hills has echoes of his earlier (and best-known) drama, 4 Months, 3 Weeks and 2 Days. Here he's telling a tale of autocratic religion in a bleak Romanian backwater. 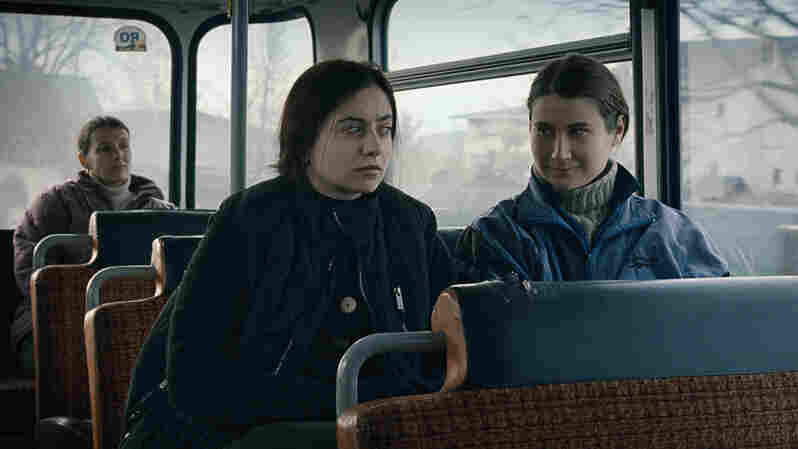 As Voichita (Cosmina Stratan) settles into life as a Romanian Orthodox nun, her childhood friend Alina (Cristina Flutur) returns to try to draw her out of a life of deep religious piety. Sundance Selects hide caption

The opening shot of Cristian Mungiu's Beyond the Hills may look somewhat familiar. As in the Romanian writer-director's previous film, 4 Months, 3 Weeks and 2 Days, a young woman strides purposefully while a handheld camera follows mere inches behind. She's on a mission to help a close friend, her resolve demonstrated by the way she marches against two lines of travelers who've just disembarked from a train.

But the setup turns out to be a sly one; the woman who moves against the flow is not a maverick at all. Voichita (Cosmina Stratan) is just there to meet her lifelong cohort, Alina (Cristina Flutur). It's needy, headstrong Alina who will disrupt everything, including her own ardently desired plan.

Both now in their mid-20s, Voichita and Alina grew up together in an orphanage. (It's been noted that they were likely born around 1987, the year 4 Months' protagonist went looking for an illegal abortionist.) Alina has moved to Germany, where life is better, at least marginally. She has returned only to rescue Voichita.

Since the two parted, however, Voichita has become a nun. This seems primarily an economic decision, as will become more clear when Mungiu introduces other characters whose brightest prospect is a cell at a rustic monastery that lacks heat, electricity and running water. But Voichita keeps her end of the bargain, which means obedience to the dogmatic unnamed monk she calls Father (Valeriu Andriuta), and to the baroque strictures of the Romanian Orthodox Church. (When Alina is quizzed on her sins, it's from a list of nearly 500 possible wrongs.)

With her goal in doubt, Alina becomes hysterical. She's taken to a hospital, then back to the convent and once again to the hospital. She has a lung infection, says an indifferent doctor, and perhaps schizophrenia. (He prescribes medicine whose cost is detailed in another of the film's many discussions of money.) Epilepsy is another possibility. And, of course, Satanic possession.

Inspired by the true case of a disastrous 2005 exorcism at a Romanian monastery, Beyond the Hills is deliberately open-ended. It can be seen as an indictment of autocratic religion, or an allegory of life under Romanian communism. Certainly it speaks to the limited autonomy of women within both systems, yet without presenting the two friends as entirely blameless. Alina, in particular, is the sort of willful character that all systems find difficult to accommodate. 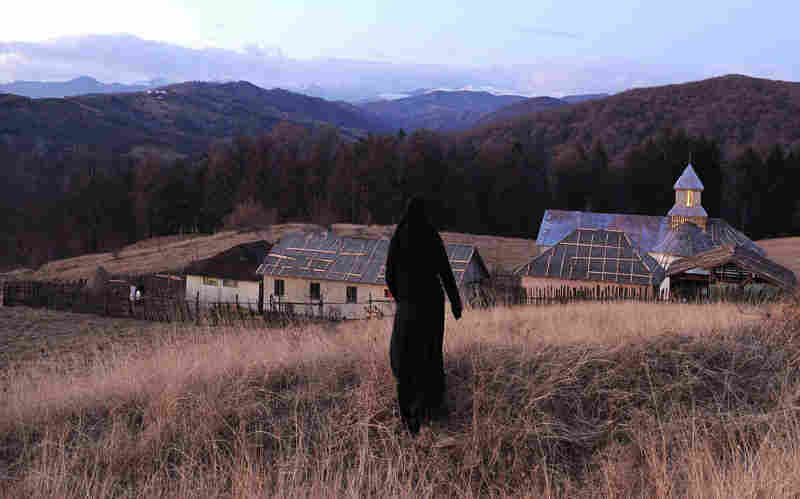 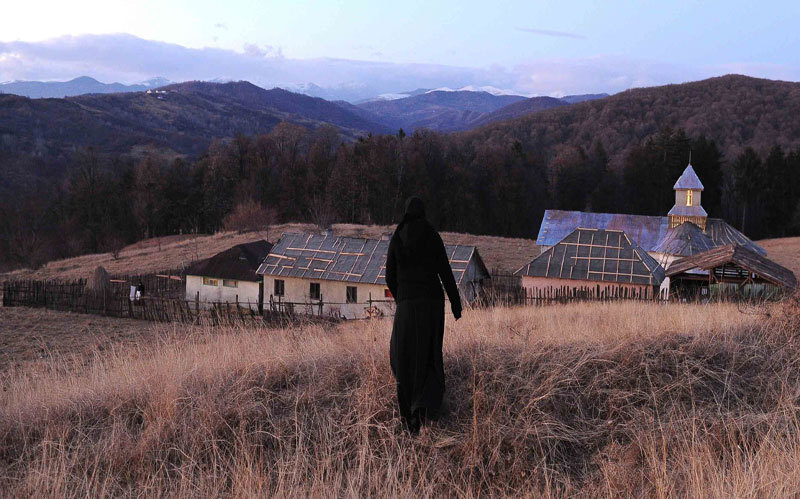 Appropriately, Beyond the Hills is both intense and austere. The wintry terrain and cash-strapped convent are painted in black, gray and white; Alina's blue Reebok running suit is so exotic it might as well be fuchsia. The sound design is intricate, but devoid of added music until the final credits.

Mungiu again proves himself a master of naturalistic choreography, directing long takes of seamless action, often with a half-dozen or more players in such confined spaces as a chapel, kitchen or hospital room. Whether showing everyday rituals or their frantic upendings, the film is utterly believable.

What's less successful is the narrative structure, which lacks 4 Months' propulsion. Alina's outbursts lose their power as they're repeated, and the story's outcome seems anticlimactic. Ultimately, the bleak universe conjured by Beyond the Hills is more compelling than what happens in it.