Accessibility links
Venezuelans Mourn The Fiery Leader They Had Deep Connections To Thousands of Venezuelans have been lining the streets of Caracas, grieving the death of their larger-than-life leader, Hugo Chavez. The outpouring of emotion reflects the huge impact that "El Comandante" had on Venezuelans — and gives a sense of the void he leaves behind. 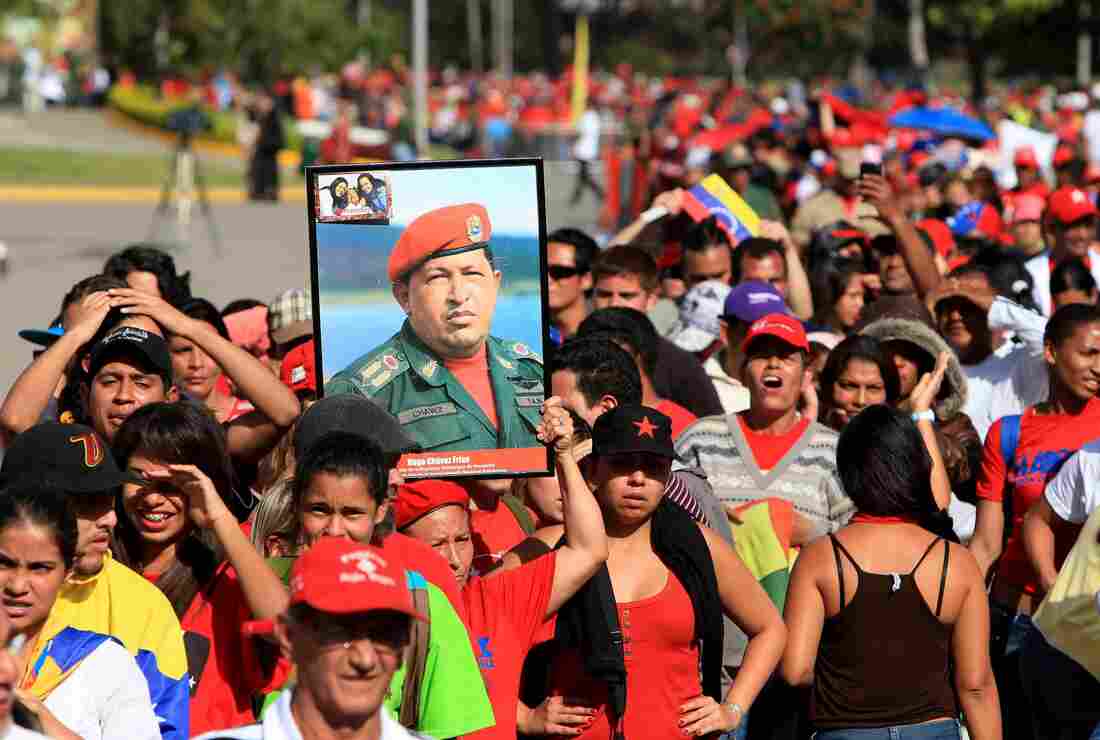 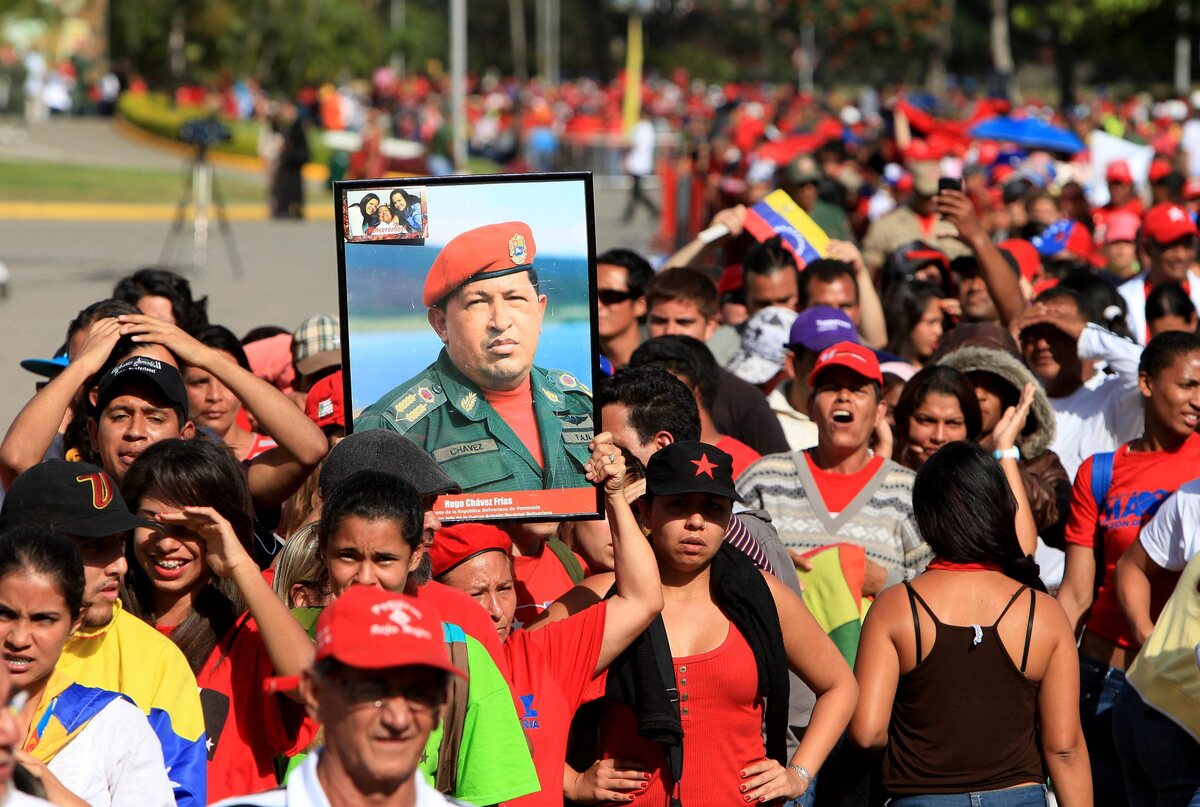 Supporters of late Venezuelan President Hugo Chavez wait in line to see his body lying in state Thursday outside the Military Academy in Caracas, Venezuela. The state funeral will be held Friday.

In Venezuela, thousands of mourners are paying their last respects to their larger-than-life leader, Hugo Chavez. The man who ruled Venezuela for 14 years died Tuesday, and his body is now lying in state in Caracas, the capital, as presidents and dignitaries fly in for the funeral Friday.

The outpouring of emotion reflects the huge impact that "El Comandate" had on Venezuelans — and also gives a sense of the void he leaves behind.

The mood was solemn Thursday as throngs of people, devoted to the late president, walked through the streets of Caracas. Some gently cried; many wore the red of Chavez's leftist, populist movement, which overturned the old economic and political order in this country.

They filed in to see his body lying in an open casket, half of it draped with the Venezuelan flag, as it lay in state.

This was at a poignant place: the military academy where the president had been a young cadet, training to become the officer who would later lead a failed coup that made Chavez a household name.

"I feel very sad because he was our leader — the president of the poor, who worried about the poor," says Vanessa Contreras, a young lawyer who works for the state. "We'll never have a leader like that again in our country."

Chavez died in a military hospital in Caracas after fighting cancer for about two years. He leaves behind a deeply polarized nation, with a dysfunctional economy, rampant violent crime and high inflation. He also used his high-flying diplomacy to try to build a worldwide alliance against the United States — one that included countries like Iran and Syria.

Today, though, Chavez was remembered for the deeply personal connection he forged with people like Maritza La Fratta, who is 49.

"He had so much charisma with people," she says. "When he got on that stage, he connected. The people cried, screamed, they didn't know what to do."

Chavez, of course, also used the country's oil wealth to shower his followers with social programs. That improved lives, and people remember that to this day. That's why Jesus Ramirez, 50, wanted to say goodbye in person.

"I'm here," says Ramirez, "because I belonged to one of the missions that our president left behind."

By missions, he means a hodgepodge of programs to bring education and health care to poor slums. Ramirez earned his GED.

"He lives in our hearts, he lives in the Venezuelan people — for the bounty that he left us," Ramirez says.

Some of the mourners did ponder what the future will hold. Venezuelans know there will be an election. And that Chavez's vice president, Nicolas Maduro, will be the government's candidate. Chavez told the country as much back on Dec. 8, when he made his last public comments before undergoing complex surgery from which he never recovered.