Accessibility links
Departing Obama Speechwriter: 'I Leave This Job Actually More Hopeful' In 2009, at age 27, Jon Favreau became the second-youngest chief presidential speechwriter in White House history. Despite his youth, he seemed to have the utter trust of President Obama, who called him his "mind reader." He left his post earlier this month and now has his sights set on Hollywood.

Behind most politicians is a speechwriter, typing rapidly somewhere in a small office and trying to channel the boss's voice.

The man who has held perhaps the most prominent speechwriting job of the new millennium is Jon Favreau, a 31-year-old from Massachusetts who was President Obama's chief speechwriter until this month. He started writing for Obama when the president was just a senator in 2005.

He tells Audie Cornish, host of All Things Considered, that writing for the president means walking a line between two worlds.

"You're trying to balance what the president would want to say with what people are looking to hear," he says. "But you need to strike the right balance, because if it's all what people want to hear, that's not true to who he is." 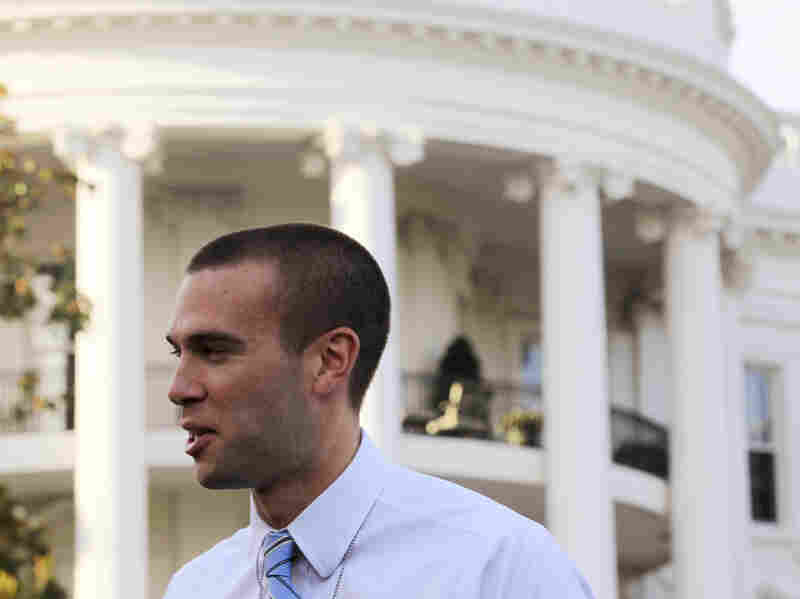 Favreau says his next stop after the White House is starting a communications consulting firm; he plans to write a screenplay based on his experiences.

"We'll see how long it takes for me to find my own voice again," he says.

On the writing process

"My challenge is to make sure that whatever he's thinking, whatever thoughts he has, we can get them down on paper, and we can shape the words to basically what he really wants to say. So our process is, I will sit down with him, we'll talk for 20 or 30 minutes, and he'll have lots of thoughts on the specific speech that he's going to give. And then I will go back, and I'll work with my team, and we will put together a draft that reflects the conversation that the president and I had.

"And then we'll start going back and forth. Sometimes he will just make line edits himself and send the draft back. Or sometimes he will want to take the speech in an entirely different direction, and he will write six or seven pages of scrawled handwriting on a yellow legal pad, and we'll go back at it that way."

On the editing process

"There have been times where I'll have a phrase in there and he'll take it out — and then I'll explain to him, 'Well, I put it in here because if we do it this way, maybe it'll be a sound bite or maybe we'll get a quote that way or, rhythmic-wise, it'll be better.' And ... once in a while he'll say, 'Oh, I think you're right, let's do it this way.' And sometimes he'll say, 'No, I think the way I had it was better.' And that's just how we work. We have a very honest relationship."

"When I talk about the speech, I always say, you know, the stuff in the speech that you could hear almost any other politician say is mostly the stuff that I contributed. ... Before he gave it, he called me after a long day of campaigning, and he spoke for an hour about what he wanted in that speech. He told me it was going to be random thoughts off the top of his head, and they were not random at all. He had the entire logical argument all ready. ... He laid out the whole thing."

On his departing thoughts

"I leave this job actually more hopeful than when I first got there, and that is because I think that the president went into this more realistically than many people thought that he did. I've been working on these speeches since 2005, and so I know that almost every speech, he makes sure we have the caveat that, 'This is going to be hard.' ... He's not mistaken about how difficult some of this stuff is."