Accessibility links
Movie Review: 'Oz The Great And Powerful': Prequels And Kansas And FX, Oh My Director Sam Raimi and star James Franco can't provide enough pizzazz to carry Oz the Great and Powerful aloft. Their effects-heavy prequel to 1939's Wizard of Oz serves up a long-winded answer to a question most probably weren't asking.

Theodora (Mila Kunis) is the first person the young conjuror Oscar (James Franco) meets when he lands in the mystical, magical Land of Oz.

Oz The Great And Powerful

'He Is The Wizard'

Watch A Clip From 'Oz The Great And Powerful' - 'How Hard Can It Be To Kill A Wicked Witch?'

'How Hard Can It Be To Kill A Wicked Witch?'

'I Wanna Go With You'

Oz the Great and Powerful tells the story of how the Wizard came to Oz, answering a question I suspect no one was asking, but with considerable digital wizardry.

The prequel begins in black and white, just the way you hope it will, with old-fashioned theatrical credits dissolving into a square-screened Kansas circa 1905. A carnival huckster (James Franco), accompanied by a grumpily loyal assistant (Zach Braff), is doing magic tricks for dwindling audiences in a circus tent and, after the show, telling marriage-minded farm girls they should stick with their prairie boyfriends because he's dreaming of bigger things.

"Kansas is full of good men," he tells one sweet young thing (Michelle Williams), then adds, "I don't want to be a good man. I want to be a great one"

Besides that friendly sorceress, the huckster is soon teaming up with a talkative flying monkey (voiced by Braff) and a wounded but surprisingly fierce ceramic doll (Joey King), and heading off on a quest to thwart a wicked witch.

You'll note that the screenplay (by Mitchell Kapner and David Lindsay-Abaire, using characters and situations loosely based on L. Frank Baum's Oz stories) mimics the 1939 movie's structure and style pretty closely here. Monkeys and witches and dolls, oh my. But director Sam Raimi, the guy behind the Spider-Man trilogy, has modern digital effects at his disposal, so rather than just one, there's a whole pasture full of those horses of a different color you've heard so much tell about. And when it's time to conjure up a witch in a bubble — a whole bunch of folks in bubbles, actually — well ... someday maybe that'll be one of those effects of a different magnitude you'll hear so much tell about.

Besides being roughly as gorgeous as it should be in a $200 million digital world, everything's bigger in Raimi's Oz — and real-er, which isn't necessarily a good thing. When the screenplay calls for a noncowardly lion to leap out of the forest, what leaps is a lion, not a vaudevillian in a lion outfit. And that talkative flying monkey is, to all appearances, a real monkey. The little guy has his moments, but with only a voice to work with, Braff seems hamstrung; the character ends up lacking the physicality and musicality Ray Bolger and Bert Lahr brought to their parts in the original. 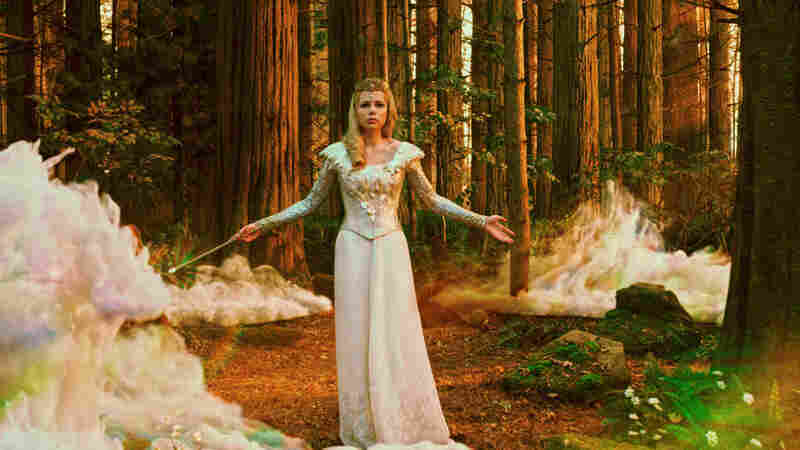 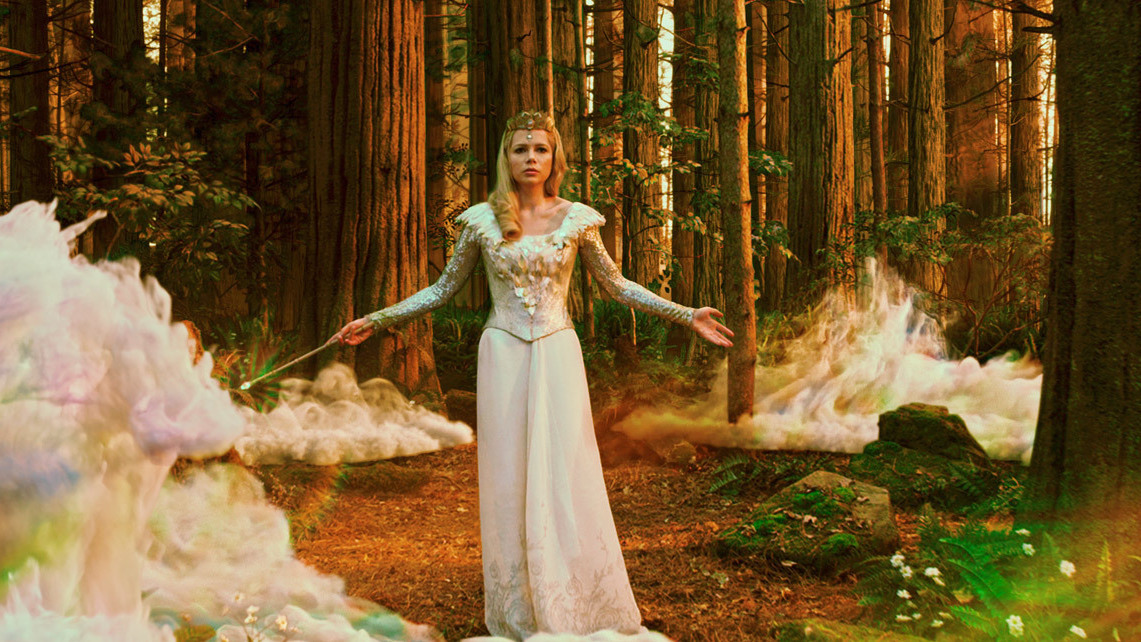 Ditto the witches — there are three this time, the other two played by Williams and Rachel Weisz — and even James Franco. He's pleasant enough as the man-who-would-be-Wizard, but not someone you'll miss when he's not on screen.

Maybe that's the point — that he's nothing without his magic tricks — but a little pizzazz in the title role would still have been nice. Imagine the part played by Robert Downey Jr., who dropped out before filming started, and you'll get a sense of what's missing.

And without wizardly flair, this deliberately retro movie feels a lot more old-fashioned, at least in one respect, than was probably intended. You know how in most children's fare, boys get to have adventures, and girls just get to get rescued? Well, I hate to think what it says about progress on that front when, unlike the 1939 Wizard of Oz, in which everybody turned to Dorothy to fix things, in Oz the Great and Powerful, three strong women — witches with magical powers, no less — get overcome by this entirely unimpressive guy. Maybe what it says is that chivalry (or perhaps feminism) of the sort that Judy Garland could count on is not only merely dead, it's really most sincerely dead.