Accessibility links
Past Century's Global Temperature Change Is Fastest On Record In the past 100 years, average temperatures on Earth have changed by 1.3 degrees. Previously, that large of a swing took 5,000 years. That's the word from researchers who pored over temperature data going back to the end of the last ice age. 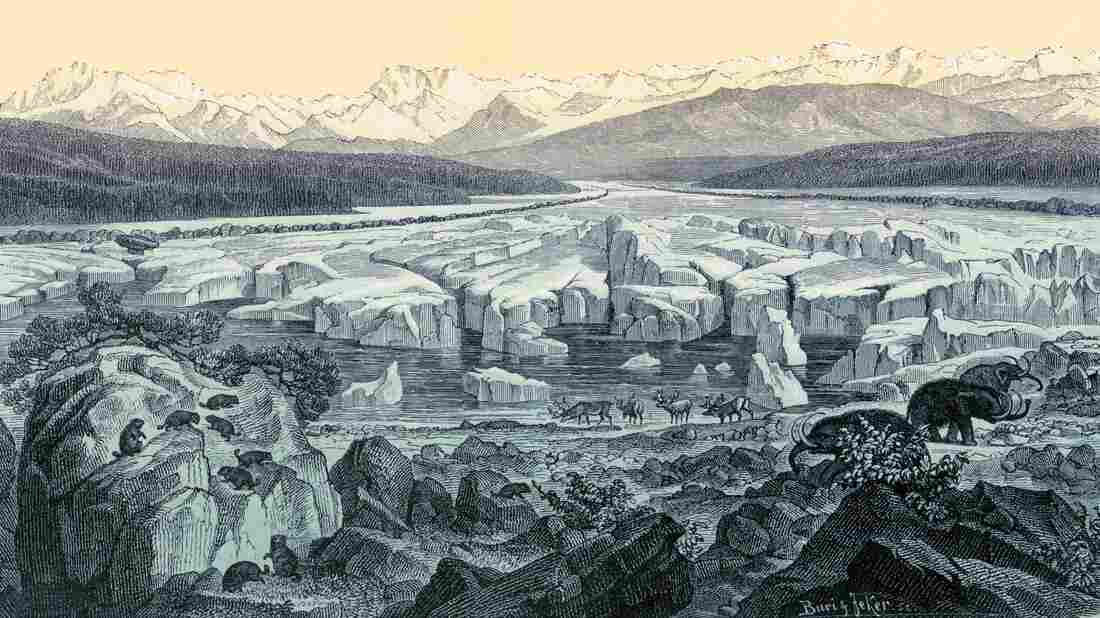 There's plenty of evidence that the climate has warmed up over the past century, and climate scientists know this has happened throughout the history of the planet. But they want to know more about how this warming is different.

Now a research team says it has some new answers. It has put together a record of global temperatures going back to the end of the last ice age — about 11,000 years ago — when mammoths and saber-tooth cats roamed the planet. The study confirms that what we're seeing now is unprecedented.

What the researchers did is peer into the past. They read ice cores from polar regions that show what temperatures were like over hundreds of thousands of years. But those only reveal changes in those specific regions; cores aren't so good at depicting what happened to the whole planet. Tree rings give a more global record of temperatures, but only back about 2,000 years.

Shaun Marcott, a geologist at Oregon State University, says "global temperatures are warmer than about 75 percent of anything we've seen over the last 11,000 years or so." The other way to look at that is, 25 percent of the time since the last ice age, it's been warmer than now.

You might think, so what's to worry about? But Marcott says the record shows just how unusual our current warming is. "It's really the rates of change here that's amazing and atypical," he says. Essentially, it's warming up superfast.

Here's what happened. After the end of the ice age, the planet got warmer. Then, 5,000 years ago, it started to get cooler — but really slowly. In all, it cooled 1.3 degrees Fahrenheit, up until the last century or so. Then it flipped again — global average temperature shot up.

"Temperatures now have gone from that cold period to the warm period in just 100 years," Marcott says.

So it's taken just 100 years for the average temperature to change by 1.3 degrees, when it took 5,000 years to do that before.

The research team tracked temperature by studying chemicals in the shells of tiny, fossilized sea creatures called foraminifera. Their temperature record matches other techniques that look back 2,000 years, which supports the validity of their much longer record.

Climate scientists predict that the current warming will continue, given the amount of greenhouse gases going up into the atmosphere.

"The climate changes to come are going to be larger than anything that human civilization and agriculture has seen in its entire existence," says Gavin Schmidt, a climate researcher at NASA's Goddard Institute for Space Studies. "And that is quite a sobering thought."