Accessibility links
Death Cafes Breathe Life Into Conversations About Dying Jon Underwood, a British Web designer and self-named "death entrepreneur," helps people talk about the taboo topic over tea and cake. "When we acknowledge that we're going to die, it falls back on ourselves to ask the question, 'Well, in this limited time that I've got, what's important for me to do?' " Underwood says.

We live knowing that everything dies. Like the sun, it's a fact of life. And like the sun, we tend not to look right at it. Unless you've experienced a recent death, it's probably not something you discuss. But a new movement is trying to change that, with a serving of tea and cake.

The fear of death haunts us like nothing else. And it makes sense. All other fears — such as public speaking, centipedes and heights — pale in comparison. So we don't really talk about it. 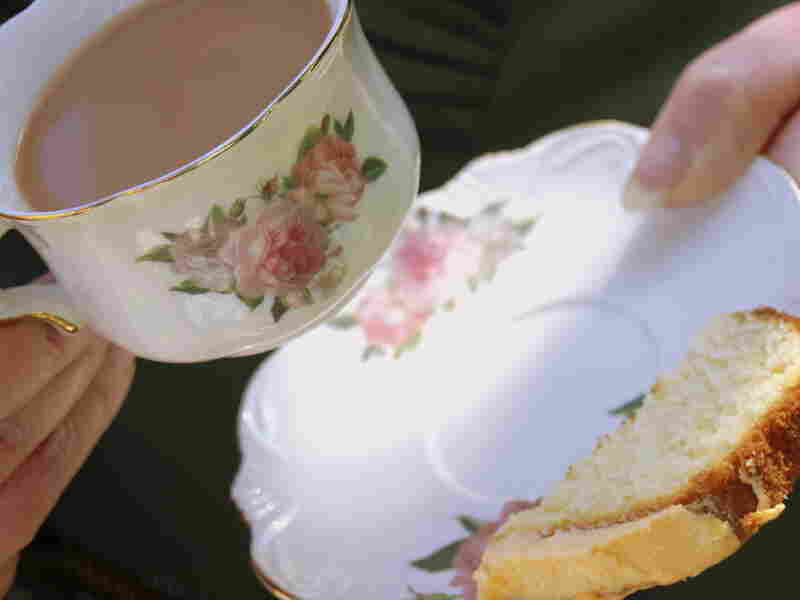 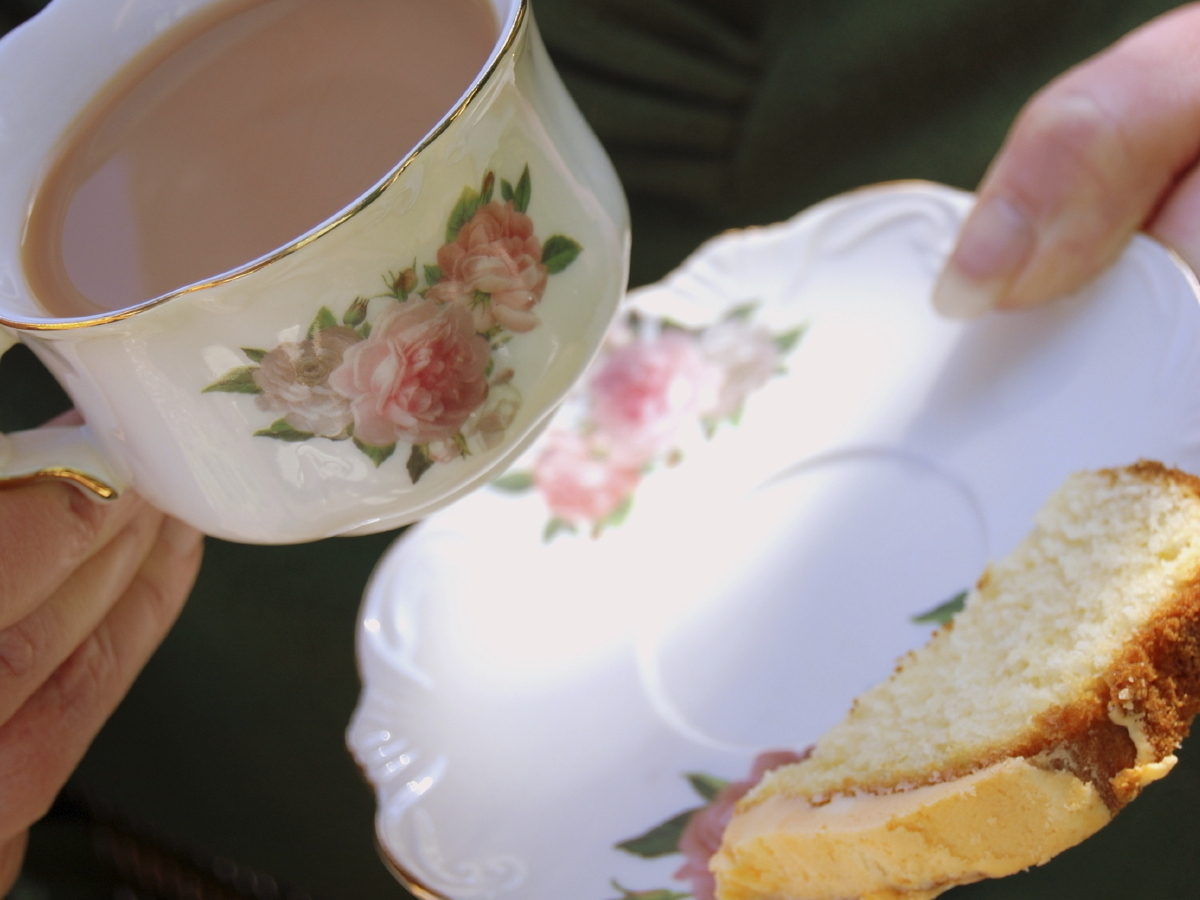 But Jon Underwood, a British Web designer and self-named "death entrepreneur," is trying to thread the taboo topic into the conversation.

"In continental Europe, there's a tradition of meeting in a public place to talk about important and interesting subjects," he says. "So there's a café philo, which is a philosophical cafe, and a café scientifique. And Bernard Crettaz, he's a Swiss sociologist, [who] set up a café mortel, or death cafe."

A death cafe isn't a physical cafe — it's more like a temporary event. Underwood held his first death cafe a year and a half ago in his own basement. He set tea and cake, and his mother, who happens to be a psychotherapist, helped facilitate. Since then, he's been working to launch the idea as a worldwide movement.

"When people sit down to talk about death, the pretense kind of falls away, and people talk very openly and authentically," Underwood says. "And they say things in front of strangers which are really profound and beautiful. And for English people to do that, with our traditional stiff upper lip, is very rare."

Underwood set up a few very loose guidelines for death cafes and launched a website to serve as a clearinghouse. Now, more than 60 death cafes have been held across the world, from Columbus, Ohio, to Eastern Australia.

On a recent Saturday in Sebastopol, Calif., an hour north of San Francisco, about 40 people have showed up to take part of the conversation.

It's mostly aging boomers, but not entirely. There's a couple on a date. And Angela Hennessy brought her 7-year-old son to talk about the death of his great-grandmother.

"In the long run, my hope is that that eases the fear and the strain for him in his understanding of what it means when someone dies," she says.

At another table, Corrina McFarlane discusses the generational flip side — talking about funeral details with your parents.

"If we attempt to broach the subject with my mom, she'll just go, 'Are you trying to get rid of me?' And that's really her response — she doesn't want to have the conversation," McFarlane says. "So we're having the conversation. And it is changing how we're dealing with the dead in our family."

Linda Siniard is facilitating this death cafe — it's the third she has hosted. Siniard grew up in Alabama, with home funerals where the dead were laid out right on the table. But when her son died six years ago, it was a different landscape.

"A lot of us had sort of put dying and death — and definitely grief — into these very secretive closets, because we weren't welcomed into the conversation," Siniard says.

She thinks the death cafes have been so popular because there's a need among people to open that closet. And when they do, death cafe advocate Jon Underwood says, it transcends to a bigger conversation.

"When we acknowledge that we're going to die, it falls back on ourselves to ask the question, 'Well, in this limited time that I've got, what's important for me to do?' " Underwood says.

And as the death cafe movement expands — talking about everything from advanced care directives to grieving rituals — it ends up being about not so much how we die but how we live.