Accessibility links
First Listen: Kacey Musgraves, 'Same Trailer Different Park' Musgraves writes about and for people who've learned to fit their dreams into recession-sized moving boxes; who gain comfort from their family traditions but sometimes feel them cutting off breath like the top button on a stiff collar. 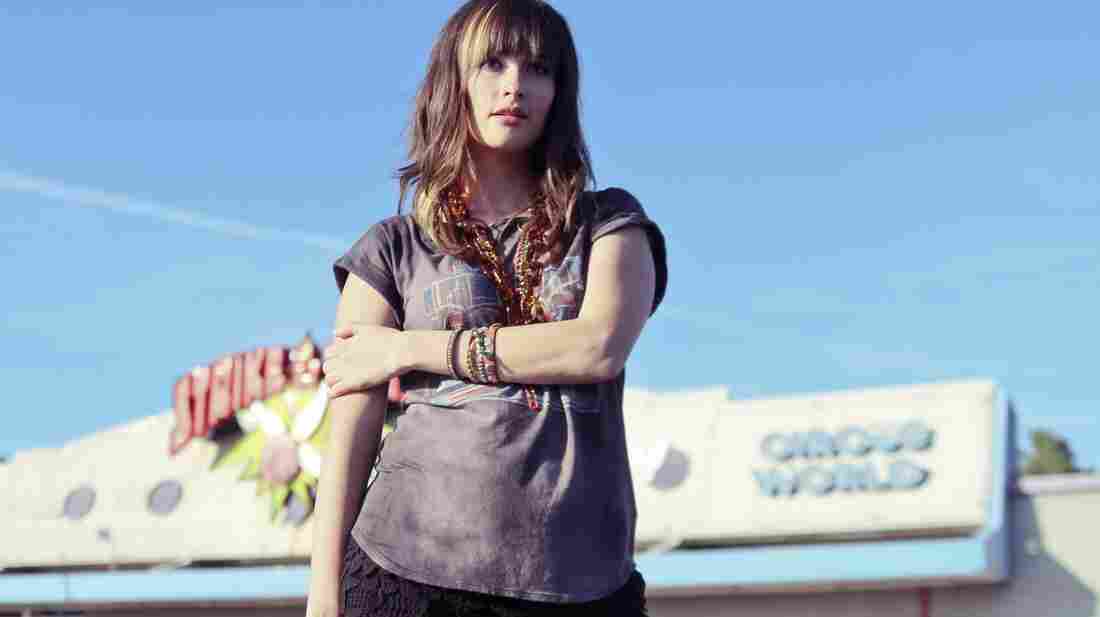 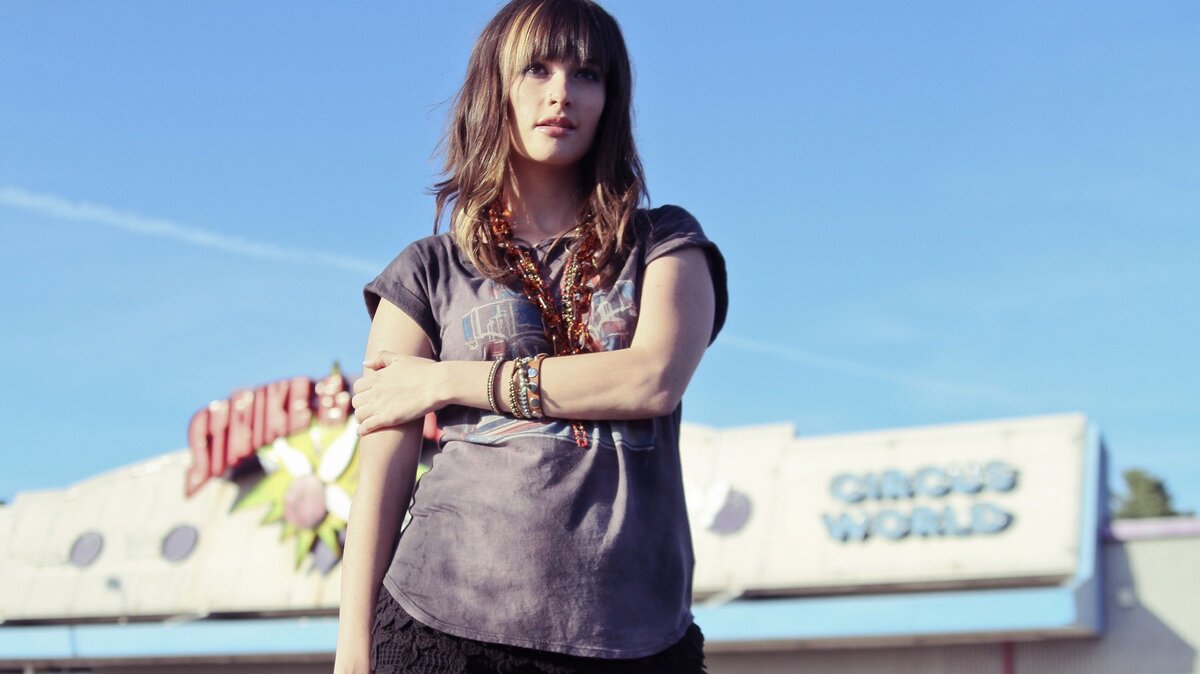 Kelly Christine Musgraves/Courtesy of the artist

A month before she graduated from high school in her small hometown of Mineola, Texas, Kacey Musgraves reached up high and stuck a piece of paper on a hallway wall. The school principal, Ricky Stephens, just let it sit there, in case the singer-songwriter got famous one day. We don't know too much about that memento of Musgraves' senioritis — whether the edges are yellowing, whether it contains a sketch for one of the portraits of heroes like Willie Nelson that Musgraves used to paint in art class, or whether Musgraves scrawled something wry and rebellious on it; something Stephens didn't want to tell the reporter for the local network news. We'll have to wait for Nashville's most exciting rising artist to write a song about it. Then, because Musgraves can make little things like a torn sheet of notebook paper speak full realities, that song will help us feel it crumpled in our hands.

Same Trailer Different Park is a collection of such scraps made whole. The album moves like a novel — specifically like one of those luscious, slow-unfolding revelations of people's daily lives by Ellen Gilchrist or Marilynne Robinson, or an indie-film classic like Ruby in Paradise, about the quiet fireworks that set a young woman off on her path. Musgraves understands that life's journey is often circular — the song that's pushed her into prominence, "Merry Go 'Round," makes an obvious metaphor for small-town self-entrapment into something unique and mesmerizing — but she remains optimistic. Whether singing about the grind of a service-industry job in "Blowin' Smoke," dreaming of escape in a Class B motorhome in "My House" or assessing the exact potential of a one-night stand in "It Is What It Is" (and going for it!), she's a reasonable woman bent on making her life better one hard-won lesson at a time.

If the 24-year-old Musgraves were nothing but an excellent songwriter with a winsomely conversational singing style and a catchy way with a chorus — collaborating with two artist-producers (Shane McAnally and Luke Laird) who get that she works more efficiently in jeans than in a sequined Carrie Underwood gown — Same Trailer Different Park would still be an album worth treasuring. Some of what this team has created will sound perfect on country radio, like the stomping kiss-off song "Stupid," or "I Miss You," a remarkably nuanced account of happiness momentarily interrupted by regret. But there are also songs like "Back on the Map," a desolate cry from a lonely, lost place that shows how Musgraves fits in with more esoteric favorites like Kathleen Edwards and Aimee Mann. Any fan of literary turns taken in front of a top-notch band will be delighted at Musgraves' ascendancy.

But because of her timing, Same Trailer Different Park is a bigger gift. Pop desperately needs women artists like Musgraves — women who can tell the stories of their regular sisters and nieces and aunts and uncles and boyfriends in optimistic but realistic terms. Musgraves writes about and for people who've learned to fit their dreams into recession-sized moving boxes; who gain comfort from their family traditions but sometimes feel them cutting off breath like the top button on a stiff collar; who find their pleasures and pains not in the excesses promoted by Hollywood or Nashvegas, but in jokes shared during a work break at the Waffle House, or nights of glory at the local karaoke bar. Pop needs this dose of the everyday again, and Musgraves, with her unpretentious voice — which makes you utterly trust her and her commitment to bringing complicated emotions into the light — is bringing it. She's aiming for the top, even higher than the spot where she stuck that piece of paper back in high school; let's follow her arrow wherever it goes.