Accessibility links
'The Last Five Years' Returns To New York A cult-favorite musical, The Last Five Years is a semi-autobiographical look at one couple's failed marriage. A revival hits off-Broadway this week, and the show's creator Jason Robert Brown joins host Jacki Lyden to talk about the last 11 years of the little show that could.

The Last Five Years originally ran off-Broadway in 2002. Cited as one of Time magazine's "Ten Best of 2001," it won Drama Desk awards for Best Music and Best Lyrics.

There are only two characters in the musical, Jamie and Cathy. Jamie is a young novelist and Cathy is a struggling actress. Told in reverse chronological order, the drama shows what happens when an artistic couple's romance fizzles out.

"Structurally, the piece works so that Cathy is always moving backwards through time, whereas Jamie is always moving forward and then they do meet in the middle at their wedding," says Jason Robert Brown, the show's composer and lyricist.

Brown spoke with Jacki Lyden, host of weekends on All Things Considered, about the current off-Broadway revival of his cult-hit musical, and what has changed in his life in the almost 11 years since The Last Five Years first came to the stage. 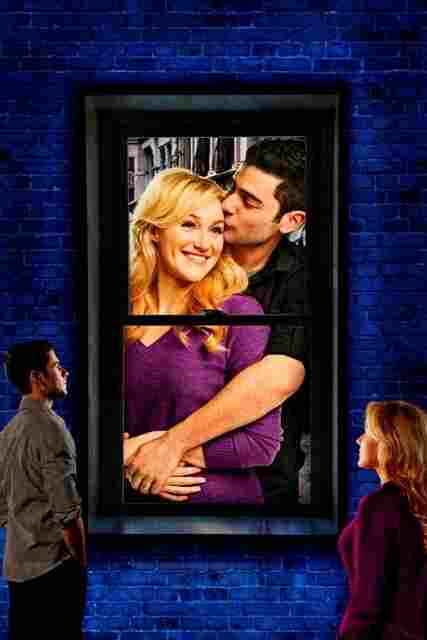 On what "The Last Five Years" is about

"It's really an exploration of two people who meet in New York City and fall in love, and get married and then fall out of love, so it just examines their relationship over the course of five years."

"Once I came up with the idea that it should be a love story just between two people, I thought that if it went in chronological order — if she sings a song and he sings a song — I thought that we would always sort of be ahead of them. You know, I didn't know quite where that was going to end up. And then it came to me on a subway platform that if she were going backwards and he were going forwards, that we'd know what the end of the story was, but we would always be a little bit struggling with them. You know, we would just be in the middle of their struggle to get together and to figure out what went wrong. And I thought that psychologically made sense to me, that felt like what it was to be at the end of a marriage, is you just sort of, everyone was in a different time."

"I felt at home in the theater in that way that you know, you're supposed to if that's the kind of person you are. I just, you know, I showed up in one of those places where you could smell the sawdust, and, you know, there's the ghost-lights, all the dancers auditioning and I just thought, 'Oh right, this is home, I get this.' And I've never lost that."

On why the show has yet to go to Broadway