Accessibility links
At The Vatican, A Social Media Blackout Keeps Cardinals Pure Preparations at the site of Tuesday's papal conclave include a high-tech scrubbing of the chapel for bugs and electronic monitoring equipment. Wi-Fi will be blocked throughout Vatican City, and cardinals with Twitter and Facebook accounts have been warned. 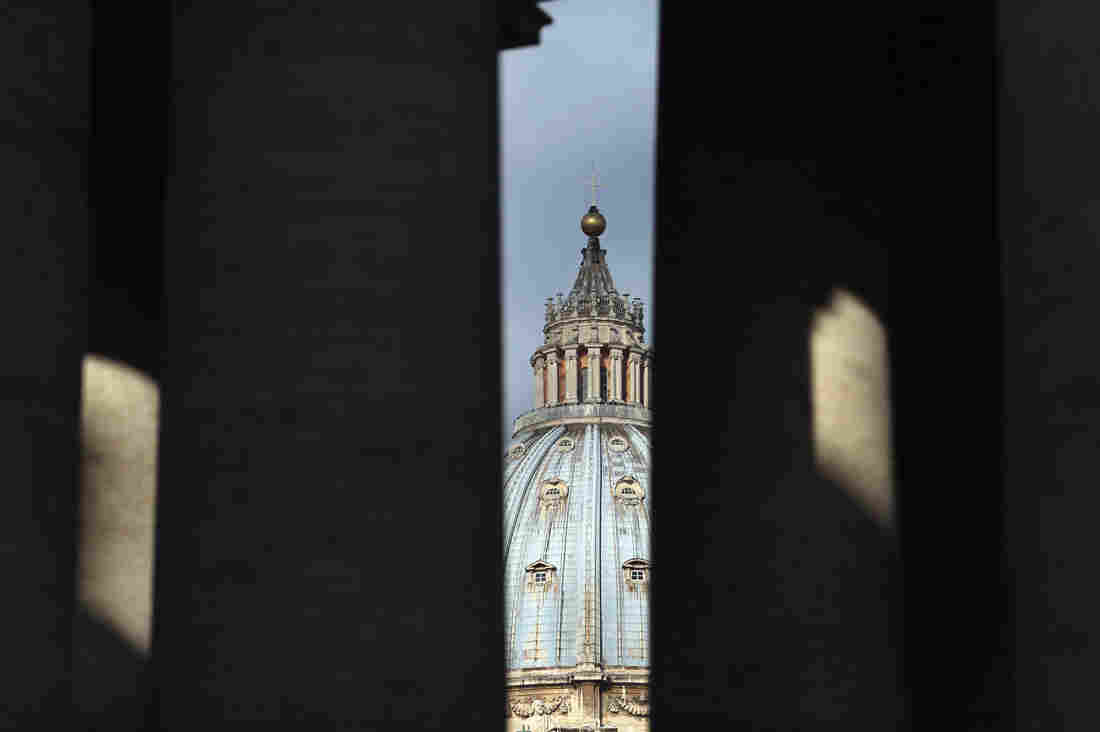 Wi-Fi will be blocked throughout Vatican City during the conclave, and cardinals with Twitter and Facebook accounts have been warned. Joe Raedle/Getty Images hide caption 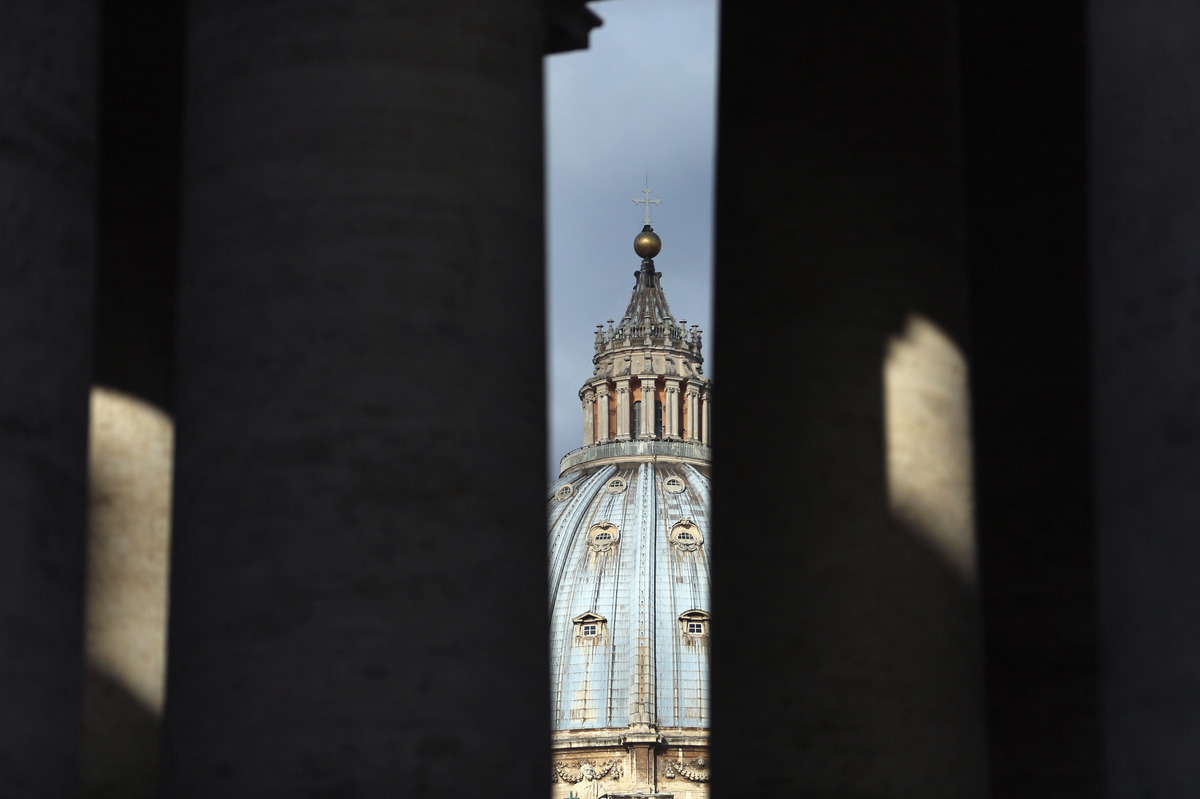 Wi-Fi will be blocked throughout Vatican City during the conclave, and cardinals with Twitter and Facebook accounts have been warned.

Last-minute preparations are under way at the Vatican where the conclave to elect the new pope begins Tuesday.

The 115 cardinal electors will remain at the Sistine Chapel incommunicado from the rest of the world as they vote. In the era of social media, however, Vatican officials are taking every precaution to prevent cardinals from yielding to the temptation to tweet and text.

In one corner of the chapel, workers have already installed a century-old cast-iron stove, where the voting ballots are to be burned after being tallied. A copper pipe snakes along the wall all the way up to the chimney on the roof. The dates of many previous conclaves are engraved on its top.

The color of the smoke will signal the results of the balloting: black for "No pope elected," white for "We have a new pope."

At a recent junket for reporters, organized to give them a glimpse of how the chapel will look Tuesday, the main question reporters ask is how will the Vatican ensure that only the Holy Spirit whispers in cardinals' ears? According to strict, centuries-old rules, the princes of the church must make their papal choice without any outside influence. 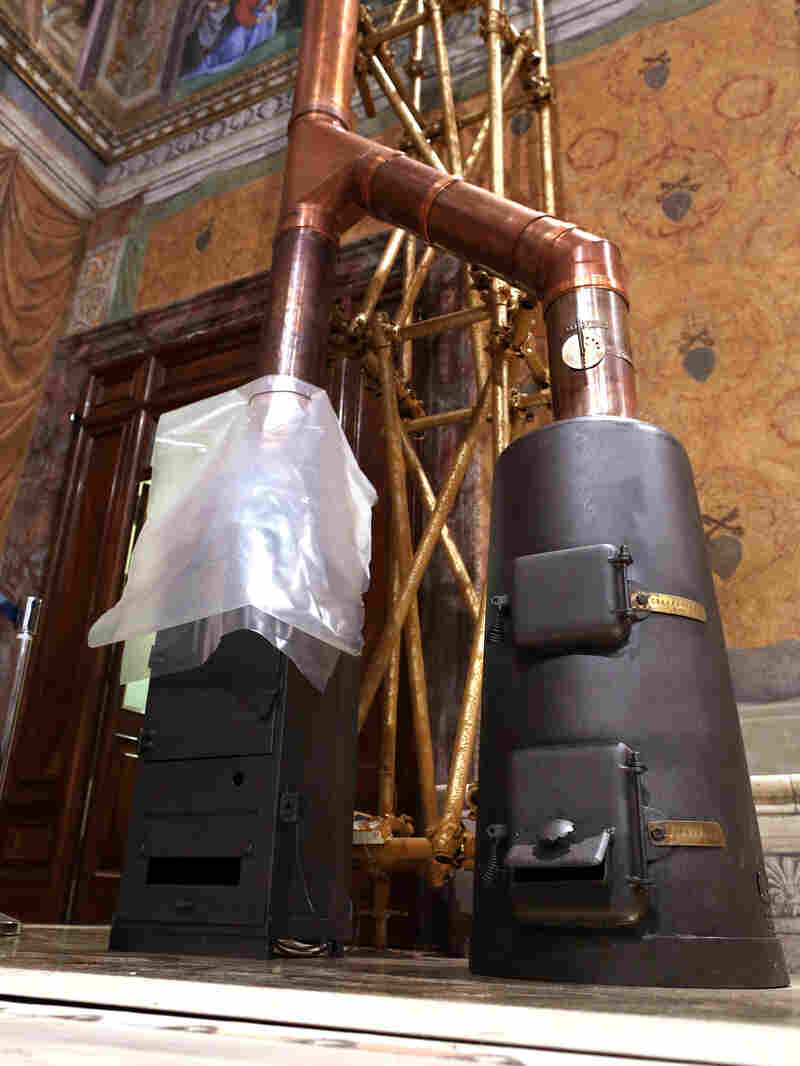 The stoves installed inside the Sistine Chapel will be used to burn ballots after they are tallied as well as signal to outside world, via black or white smoke, whether or not a new pope has been elected. Franco Origlia/Getty Images hide caption 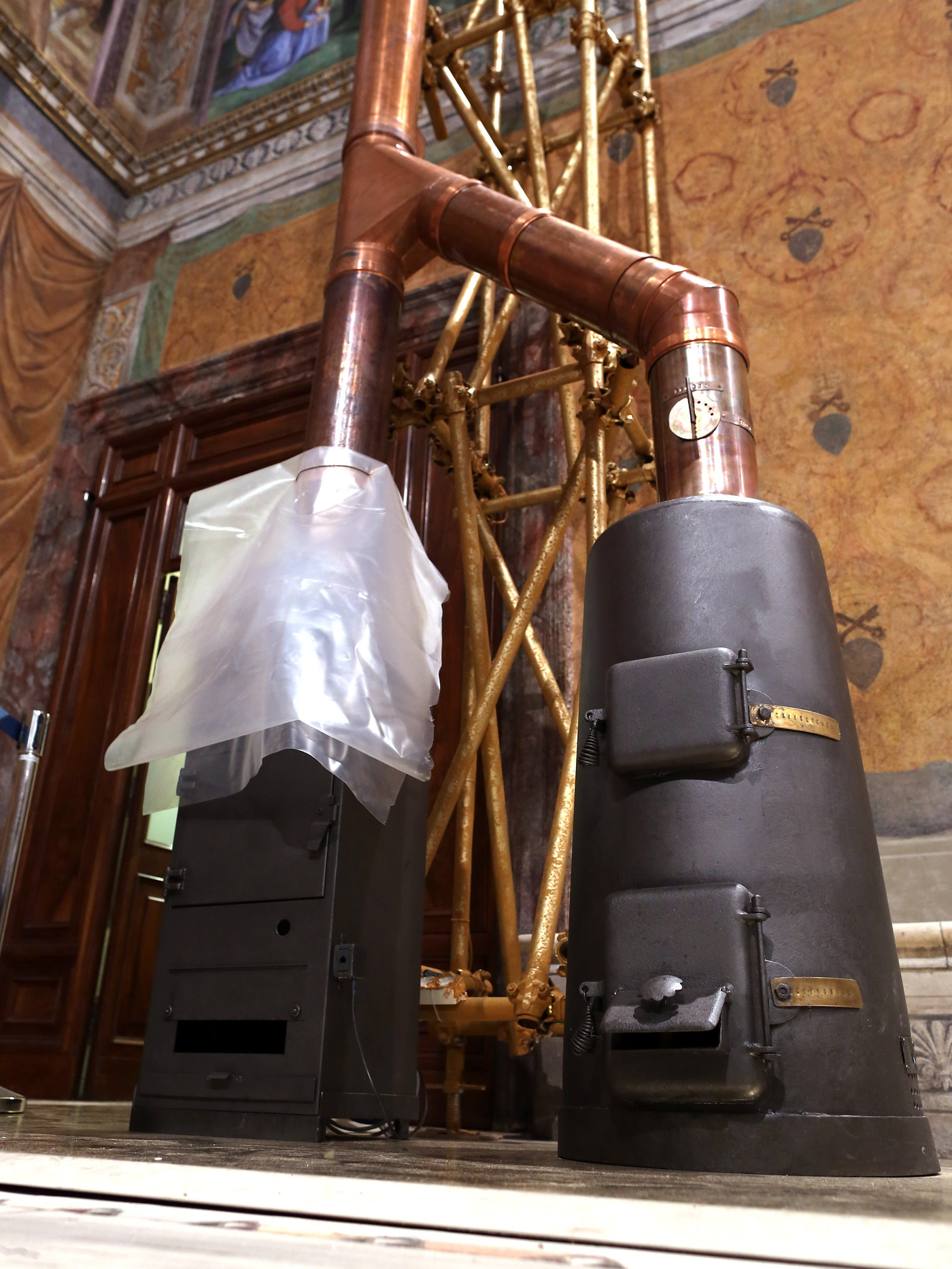 The stoves installed inside the Sistine Chapel will be used to burn ballots after they are tallied as well as signal to outside world, via black or white smoke, whether or not a new pope has been elected.

The several cardinals with Twitter and Facebook accounts have been warned about using social media, and Wi-Fi will be blocked throughout Vatican City for the duration of the conclave.

In addition, there will be no TV, no radio, no newspapers and no phones, both land lines or mobile.

John Thavis, a longtime Vatican correspondent and author, says Vatican security forces will sweep the chapel for any hidden microphones or other listening devices.

"What we're not seeing is how they are jamming the electronic communication, and they have been very coy about that," Thavis says.

Thavis says that at the last conclave, eight years ago, he was told by a Swiss Guard that it was under the flooring of the Sistine Chapel.

"Now apparently they are saying it may not be there," he says.

If The Catholic Church Were A Business, How Would You Fix It?

Secrecy has always been an obsession at conclaves. The word itself derives from the Latin "with key," implying a locked door. Violating the oath of secrecy is punished by excommunication.

When not inside the Sistine Chapel, the cardinals will be housed in a special residence on Vatican grounds. The Vatican says they won't be frisked.

"The articles in the newspapers that say the cardinals will be searched all along the way are false," says the Rev. Tom Rosica, a Vatican spokesman.

In all their movements to and from the Sistine Chapel, the cardinals will be escorted by Vatican gendarmes, Rosica says.

"There is an article here in the Apostolic Constitution that says nobody should really approach the cardinals during that time," he says. "That was probably put in to allow cardinals who wish to walk over to the Sistine Chapel rather than take the minibus."

Ensuring a complete electronic blackout has been made more complicated by the fallout from last year's Vatileaks scandal. Private papal documents made public by deep-throats revealed a dysfunctional administration rife with corruption and infighting.

Asked about Italian media reports that Vatican authorities had authorized a covert surveillance operation to uncover those leakers — tapping phones and intercepting emails of prelates in the curia, the Holy See administration — the Rev. Federico Lombardi, a Vatican spokesman, did not issue a denial.

"In the context of Vatileaks, some intercepts and checks may have been authorized by Vatican investigating magistrates," Lombardi said.

It may well be that the Vatican is riddled with bugs, making the sweeping operation for electronic devices this time much more difficult.