Accessibility links
Solitary Confinement: Punishment Or Cruelty? An estimated 80,000 American prisoners spend 23 hours a day in closed isolation units for 10, 20 or even more than 30 years. Now, amid growing evidence that it causes mental breakdown, the Federal Bureau of Prisons has decided to review its policies on solitary confinement. 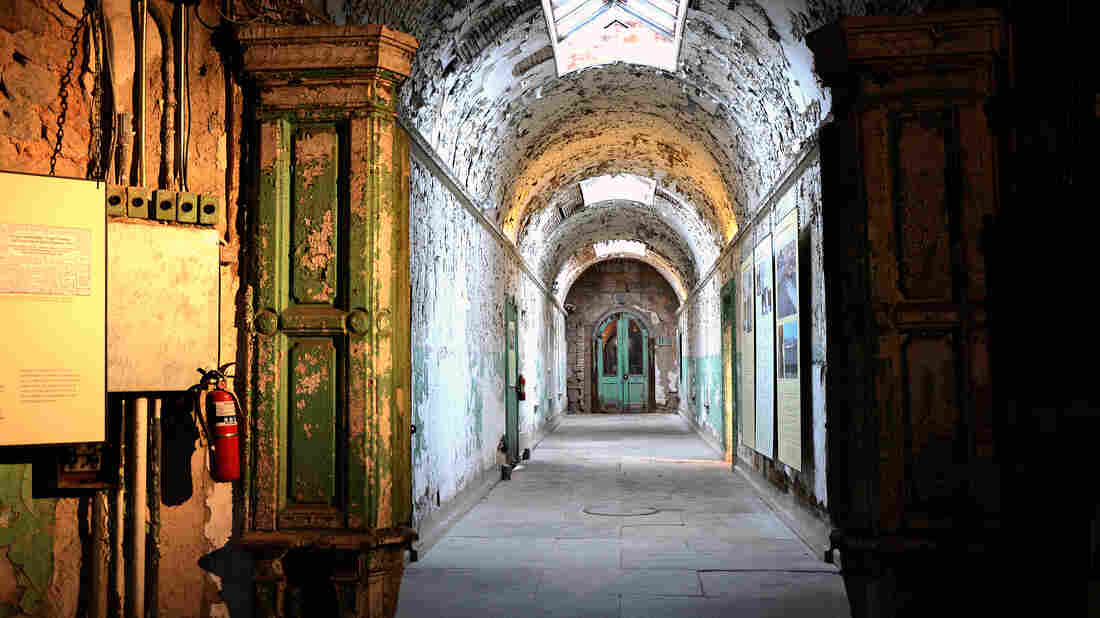 A hallway at Eastern State Penitentiary in Philadelphia. The prison, opened in 1829 and closed in 1970, pioneered the use of solitary confinement. Jacki Lyden /NPR hide caption 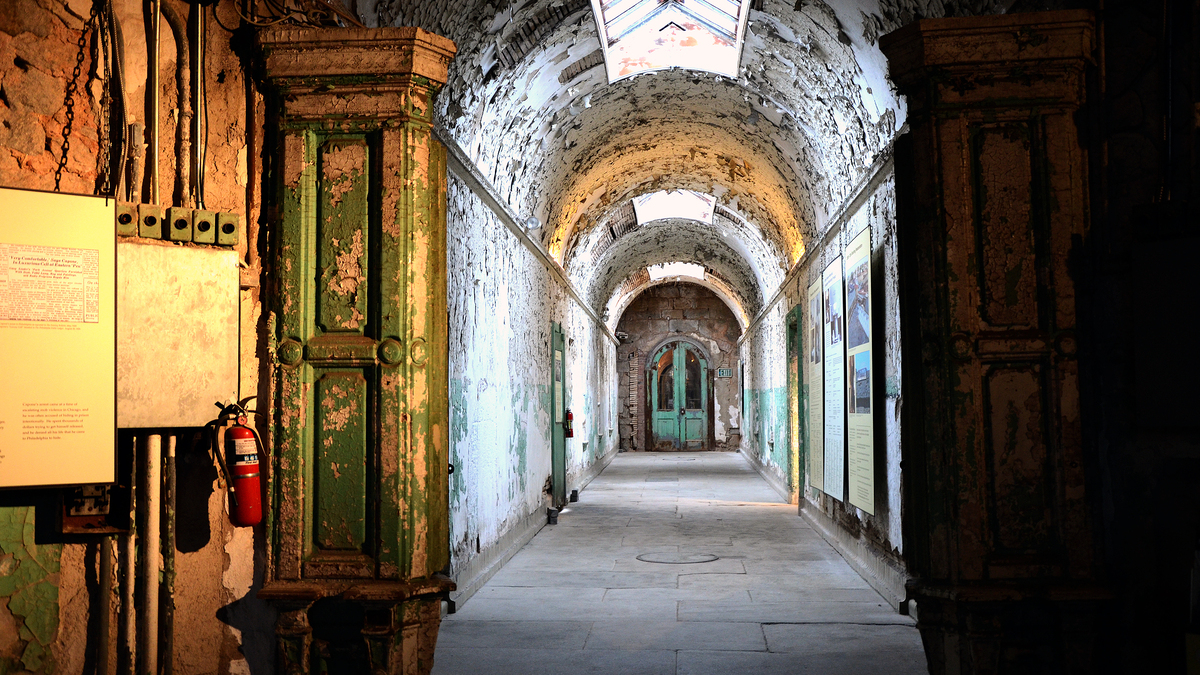 A hallway at Eastern State Penitentiary in Philadelphia. The prison, opened in 1829 and closed in 1970, pioneered the use of solitary confinement.

Now, amid growing evidence that it causes mental breakdown, the Federal Bureau of Prisons has decided for the first time to review its policies on solitary confinement.

Eastern State Penitentiary in Philadelphia, which pioneered solitary confinement, is a castle of a prison that was meant to reform incarceration itself when it opened in 1829. The idea behind the prison's solitary confinement areas was to use sensory deprivation to reform inmates. The thought was that the isolation and quiet would free the innately good soul.

"They believed that isolation here was going to bring about the best of these inmates. Change them for life. Make them penitent," says Sean Kelley, director of public programming at the historic site. "There is a lot of evidence that that is not what happened."

For many reasons that sound familiar today – including cost and questionable effectiveness — Eastern State dropped the practice in 1913, but by then the blueprint of this penitentiary had been copied more than 300 times across the Western world. The prison, once a state-of-the-art facility, closed its doors in 1970, and is now a museum. 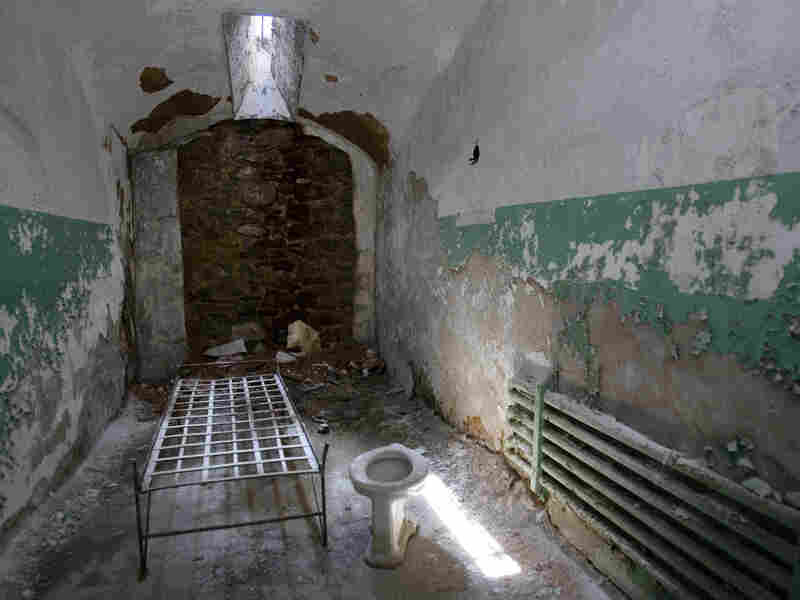 One of the cells at Eastern State Penitentiary in Philadelphia. Matt Rourke/AP hide caption 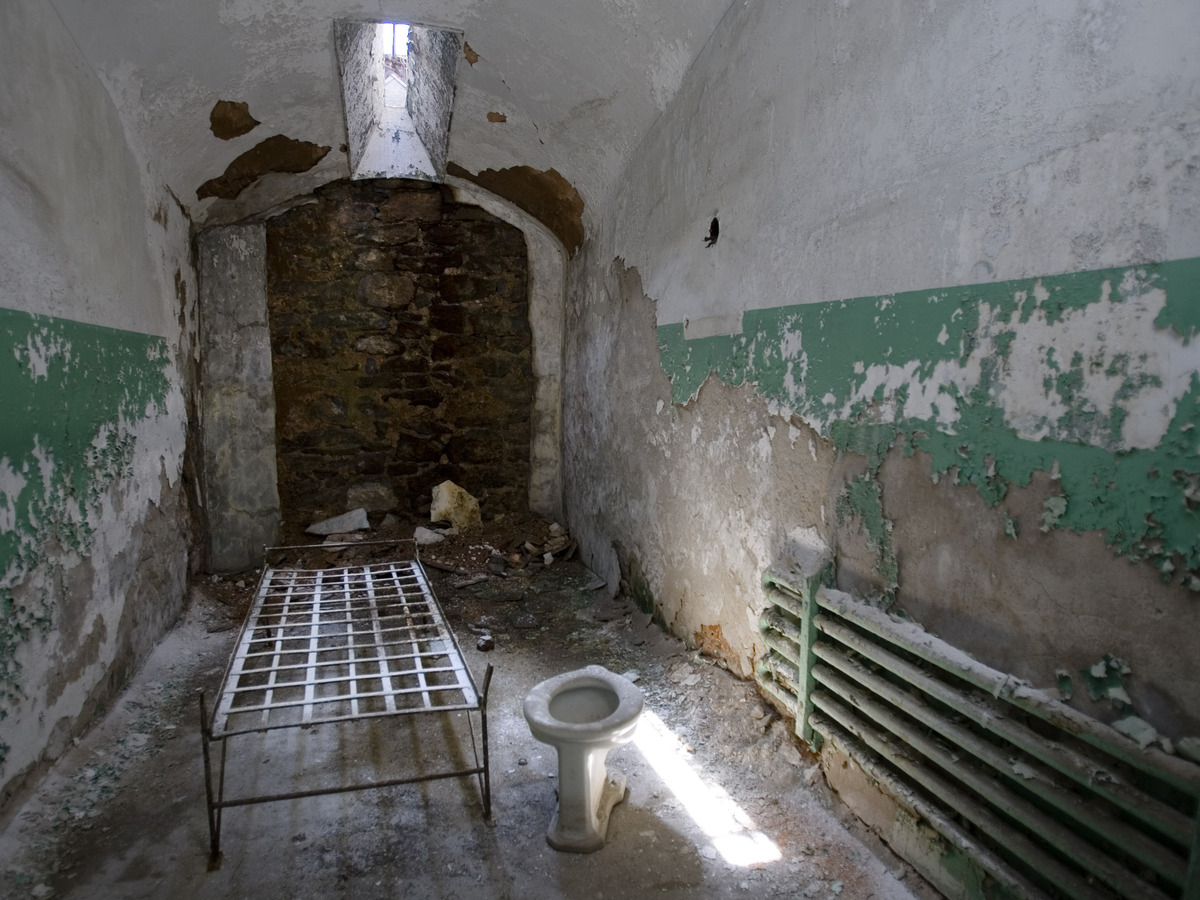 One of the cells at Eastern State Penitentiary in Philadelphia.

Solitary confinement exploded with the law-and-order policies of the 1980s, when almost every state built what's called a "supermax" for the so-called "worst of the worst." But since then, more questions have been raised about the mental health of prisoners held this way.

"I read it, and I couldn't forget it," Durbin tells Jacki Lyden, host of weekends on All Things Considered. "It was all about the impact of segregation and isolation on prisoners, and I started thinking about it as part of my agenda for my subcommittee on human rights."

Testifying in front of the committee was Charles Samuels, director of the Federal Bureau of Prisons. Samuels explained the necessity of the solitary confinement to keep violent inmates apart from guards and other prisoners.

"The use of any form of restricted housing, however limited, remains a critical management tool that helps us maintain safety, security and effective reentry programming for all federal inmates," Samuels said.

The BOP wouldn't grant an interview for this story, but provided a comment saying the bureau is confident the review "will highlight both the strengths that the Bureau brings to corrections management, as well as innovative ideas from the states."

Solitary confinement already doubles to triples the costs of incarceration, up to $60,000 a year per inmate. But wardens who've seen its wide use now in the last 30 years have their own evaluation of whether it does more harm than good.

"I really believed when I got close to the situation at the supermax in Wisconsin that one of the things that I was seeing was mentally ill people who didn't come in mentally ill," says Walter Dickey, formerly the secretary of corrections for Wisconsin.

Dickey tells NPR's Lyden that the level of security and the overcrowding he saw were detrimental to a prisoner's mental health, even when they didn't start out in isolation. He doesn't, however, think the practice should be dropped.

"[The feds] had experiences in which they had inmates kill multiple staff members and multiple inmates," he says. "People like that need to be isolated, at least temporarily, if not for a longer period of time until you can release them into the population, the general population, with some confidence that they're not going to do severe damage to other people."

At the hearing, Durbin noted that after Mississippi had done away with solitary confinement, prison violence went down by 50 percent and the cost of incarceration went down as well.

"It was a wake-up call to all of us to take a hard look at it," he says. "Maybe this just isn't the best way to deal with these problems."

As prisoners testify about suicidal depression, self-mutilation, lethargy, hallucinations and other ills, more attention is being paid to inmates who have lived through the extreme, often uncertain isolation.

Robert King is one of the Angola Three — one of the men serving the longest sentences in the country in solitary confinement — in his case at Angola State Penitentiary in Louisiana. King was released in 2001, after serving 29 years in solitary, at times in a 3-by-6 cell that he describes as a "tomb."

During his time in prison, King says he saw the system, and the solitary confinement, change people. He says he saw once open people become more withdrawn as time went on.

"I kind of insulated myself when I saw what happened to them; I think it created a steel resolve in myself to not succumb to that," he says.

After his release, King published a book, and he also speaks internationally, but despite his post-incarceration success, he says the effects of his solitary confinement still lingers.

"I don't think a person could get dipped in waste and not come up smelling," he says. "Even though it may not be totally apparent, the impact and the effects are there."