Accessibility links
Remembering Lillian Cahn, Creator Of The Coach Handbag Cahn's inspiration for the high-end leather totes came from her experience delivering noodles during the Depression. "One of her suggestions early on was: Why can't we make a shopping bag, but out of leather?" recalls her husband, Miles Cahn. Lillian Cahn died March 4 at age 89. 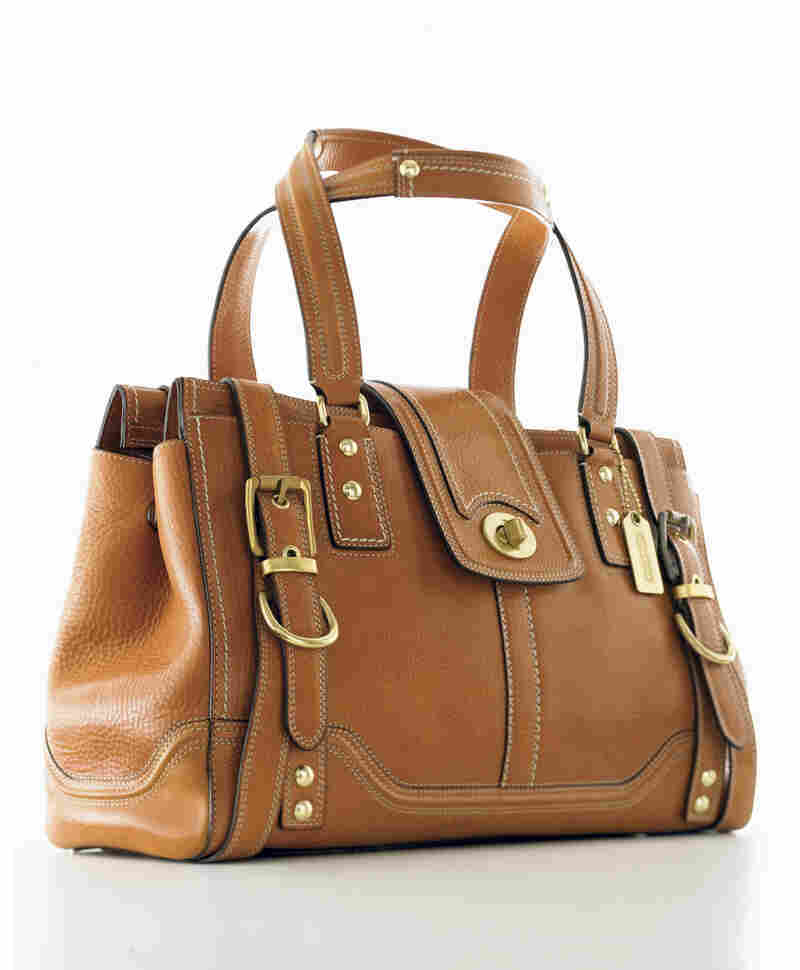 Lillian Cahn was the force behind Coach's leather handbags, which today include this high-end Hamptons Vintage Carryall. AP/Coach hide caption

Lillian Cahn, co-founder of Coach Leatherwear Co., died March 4 at the age of 89. Cahn was the force behind today's high-end leather handbags.

Back in the 1960s, she and her husband, Miles Cahn, were running a leather goods business in Manhattan. They produced men's wallets and billfolds but wanted to expand.

"My wife had a great sense of style, and she made the suggestions that we men maybe were a little thoughtless about," Miles Cahn says with a laugh. "Among her many suggestions was: 'Why don't we make pocketbooks?' I like to tell people I scoffed at the suggestion."

But how wrong he was. Lillian Cahn persisted, and the first Coach handbags went on the market.

"They were casual bags. ... They weren't dressy bags," Cahn says. "The Coach concept originally was very simple. We chose a very special leather that wasn't being used for making handbags — as a matter of fact, the leather was used to make baseball gloves."

The Cahns pitched the idea of the Coach bag as something that would wear well, season to season, with many outfits — a bag to brag about. "Just like you boast about your jeans that are torn and faded, you could say, 'I've had this Coach bag for three to four years!' " Cahn recalls.

Cahn says there were a couple of "break-even" years, and then Coach started taking off, thanks to customer loyalty — and a large tote bag inspired by Lillian's childhood.

"When her family came over from Hungary, it was during the Depression," Cahn explains. "They were struggling and her mother was making noodles at home, and the kids would fill the shopping bags and would deliver these noodles, and so one of her suggestions early on was: Why can't we make a shopping bag but out of leather?"

The Cahns eventually sold Coach in 1985. They went on to operate a goat farm and cheese-making business in Pine Plains, N.Y. They recently celebrated their 66th anniversary. Lillian Cahn was buried in Pine Plains on Saturday.