Accessibility links
The Reclusive Spanish Billionaire Behind Zara's Fast Fashion Empire Amancio Ortega has just bumped Warren Buffett off his No. 3 spot on Forbes' list of billionaires. The Spanish entrepreneur's clothing chain has become highly popular around the world, but do you know the man behind the label? 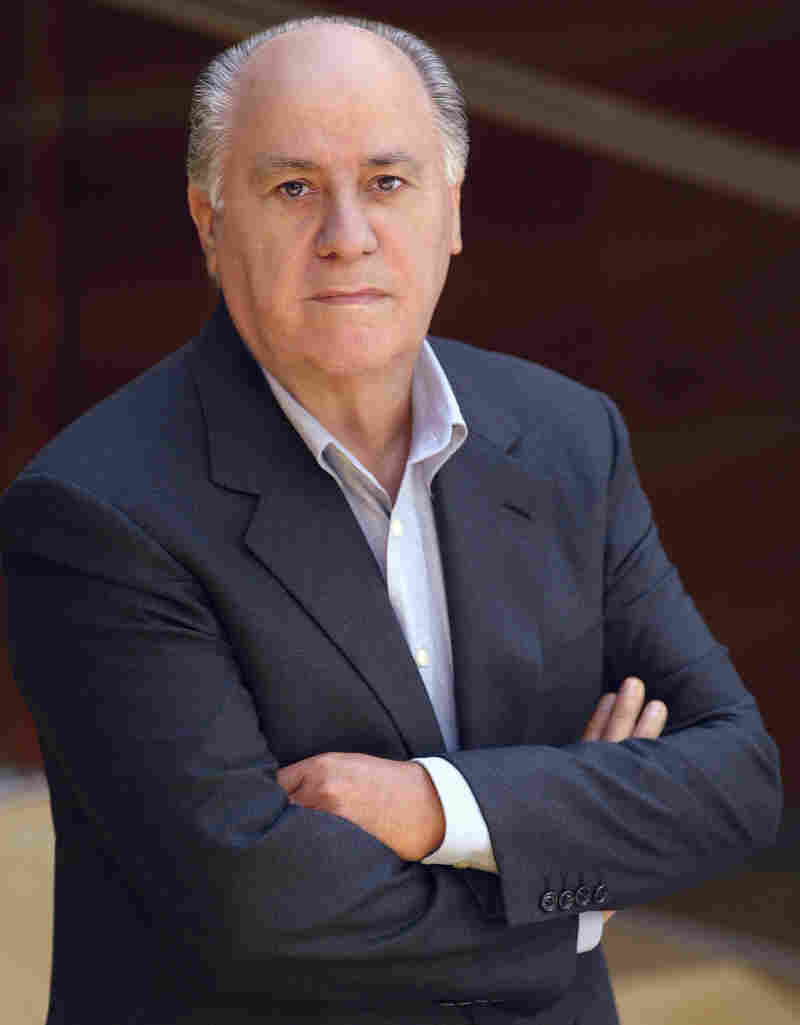 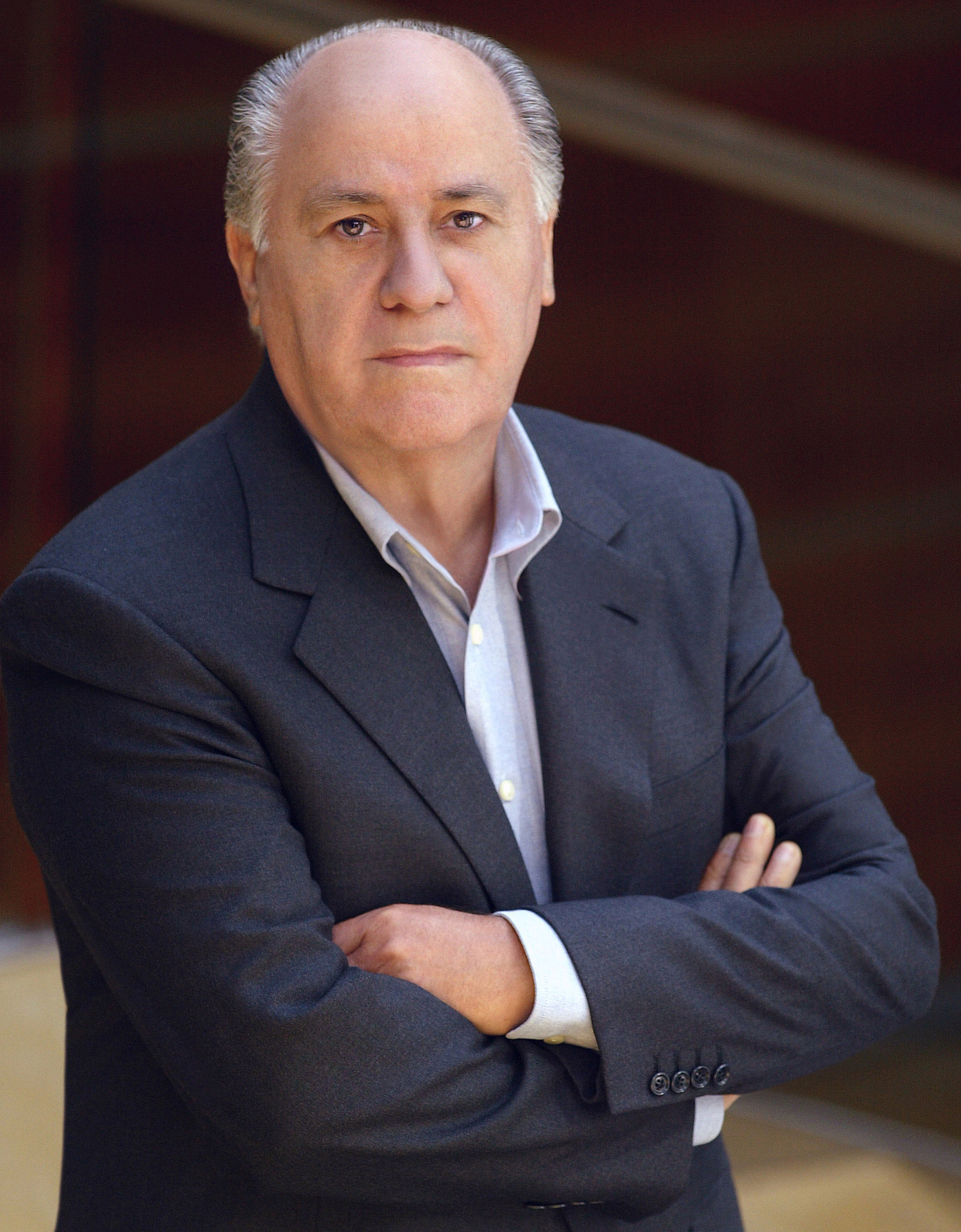 A notorious recluse, Amancio Ortega founded the Zara clothing chain and is No. 3 on Forbes magazine's billionaire list.

He's the richest man you've never heard of: Amancio Ortega, founder of the Spanish clothing chain Zara. He's a notorious recluse who is rumored to wear the same plain shirt every day, but his Zara empire has come to define the concept of fast fashion.

Ortega's rags-to-riches tale mirrors the fast growth of southern Europe in the past 30 years. But the difference in this story is that Zara shows no sign of crashing.

Ortega built the world's biggest fashion company in a rainy, impoverished corner of northwest Spain — Galicia — where the 76-year-old has lived since he was a kid.

The son of a railway worker, Ortega went to work in a local shirt maker's shop at age 14 to help feed his family. Jose Martinez was Ortega's first colleague. He's 77 now and still works at that same shop called Gala.

"He may be the third-richest man in the world, but for me, he's just a good guy," Martinez says. "He came to work in my father's shop in 1951, so we became friends, Amancio and me."

More than 60 years later, Gala employees still sew shirts upstairs from where they're sold. That's a model Ortega took with him when he opened his first Zara store two blocks from Gala in 1975.

As the company grew, he kept production close to home — in Spain and Portugal — at a time when other chains were moving factories to Asia for cheap labor.

A Look Inside Ortega's Empire 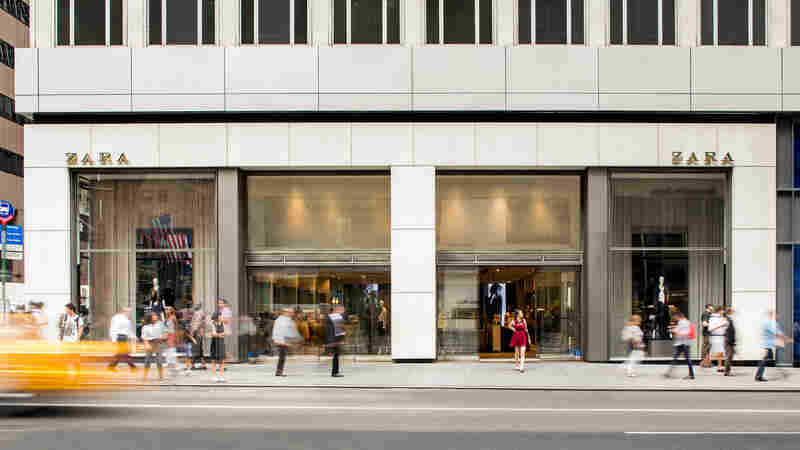 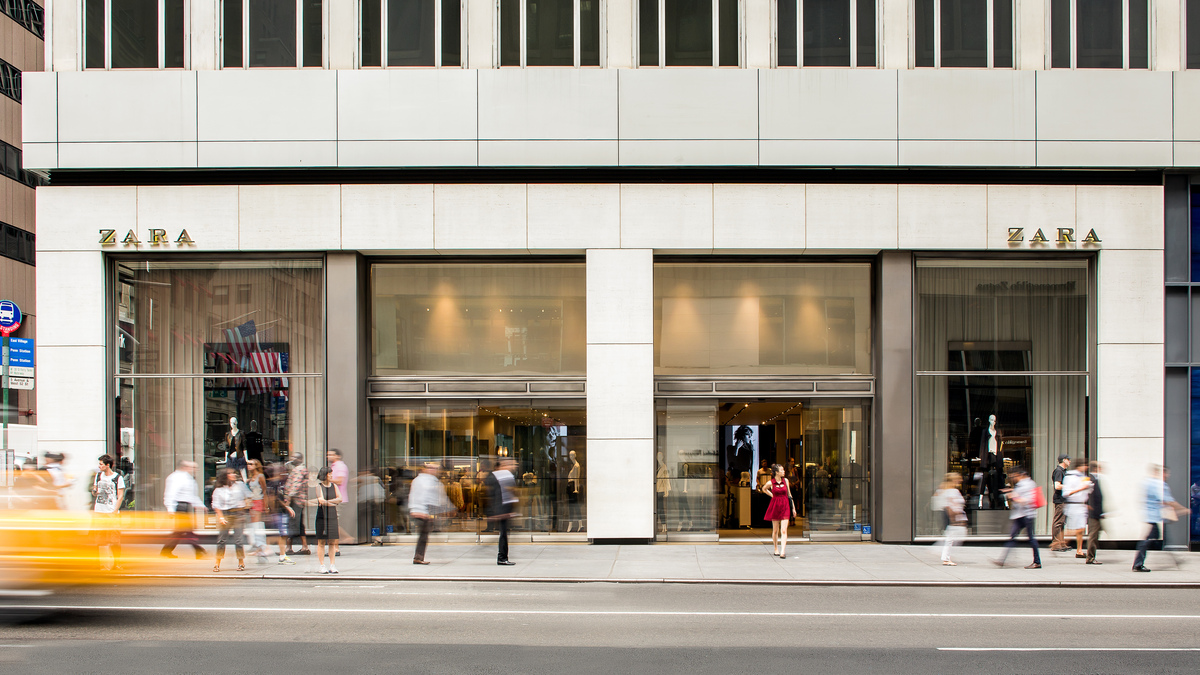 Every single garment passes through Spain. And more than half of production is done locally. That allows Zara to be quick: 15 days from design to retail rack — compared with the old industry standard of six months.

"They look at whatever is new," fashion expert Jose Luis Nueno says. "They see what the celebrities and so on are wearing, and put it in their windows very fast."

Nueno studied the clothing company at Harvard Business School and now teaches at Spain's IESE Business School. He says the key to fast fashion — and to Zara's success — is owning the whole supply chain from factory to retail and dealing in small batches that sell quickly.

"If I change the merchandise very frequently, then I give you an excuse to come to the store more frequently," Nueno says.

He has asked his students how many times they frequent the clothing store, and he says the responses have been "absolutely pathological." Sometimes they shop there once or twice a week, he says.

And Zara entices shoppers just like that, with zero advertising. Instead it has invested in flagship stores in historic buildings — a converted convent, an art deco cinema — and a $324 million store on New York's Fifth Avenue. This year, it will open 500 new stores. 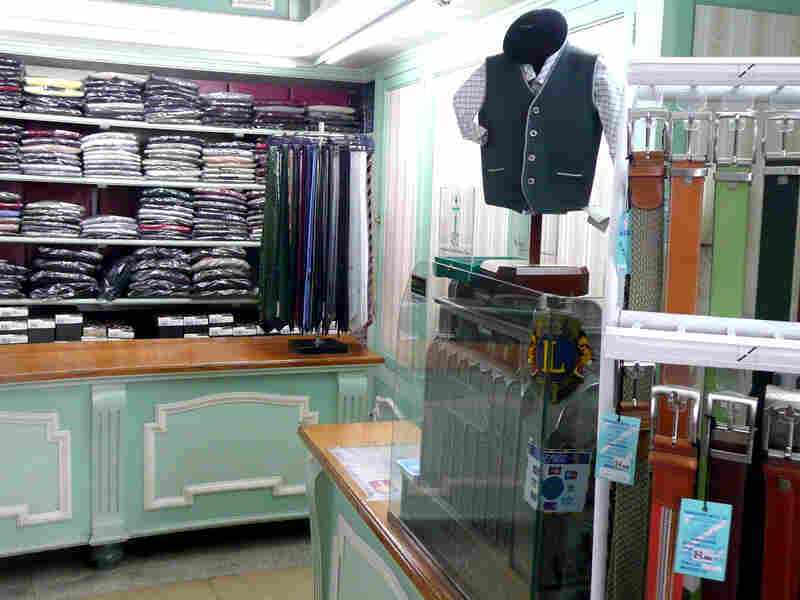 Amancio Ortega went to work at Gala, a men's clothing store, when he was 14. Gala opened in 1931 in La Coruna, Spain, and is still operating today. Lauren Frayer/NPR hide caption 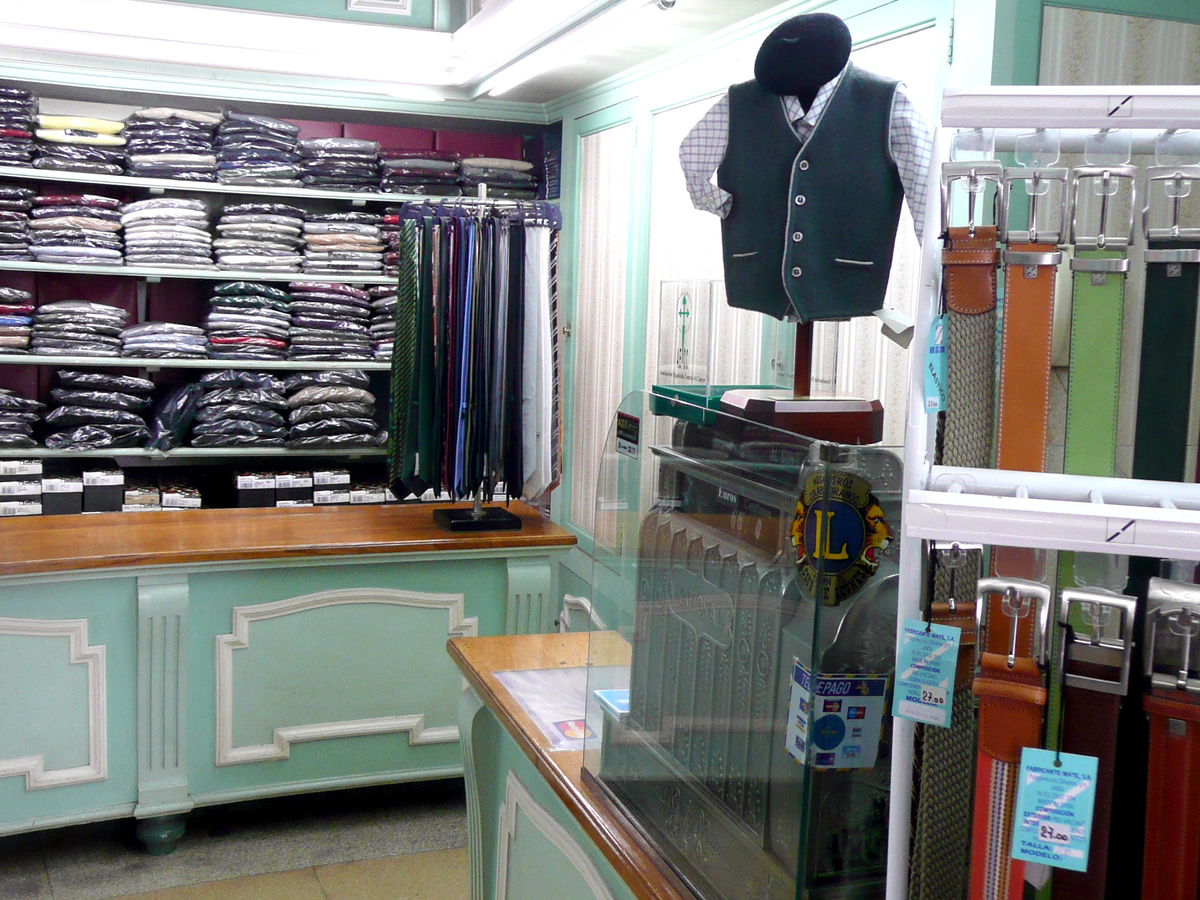 Amancio Ortega went to work at Gala, a men's clothing store, when he was 14. Gala opened in 1931 in La Coruna, Spain, and is still operating today.

Like Ortega, his company, Inditex, which manages Zara and seven other brands, is notoriously secretive. It took nearly two months to get clearance to visit its office, and Ortega declined our request for an interview.

"Well, our philosophy is that the customer is the one to describe if we do good or bad things," says Jesus Echevarria, Inditex's spokesman. "It is not ourselves, to explain how good or how bad we are."

At Zara's flagship store in Madrid, customers are doing just that.

"I like it because it's not so expensive," a shopper says.

Another customer says she likes the quality of the clothes, but the only problem is the lack of bigger sizes.

Yet Zara is famous for adapting. Sales clerks report back to headquarters daily on what customers are saying.

For example, if they're asking for a particular blue jacket in green, that green jacket might just land on a rack. If enough shoppers request that green color, "I'm positive that [jacket] would turn into green," Echevarria says.

Back in Ortega's hometown, the shirt maker, Jose Martinez, says he has no regrets about staying put and not joining his friend at Zara when the company took off.

"It never appealed to me, to leave and start a bigger business. This is my shop, and everything I love is right here. I've made it!" Martinez says.

He says Ortega drops by with a bottle of wine each Christmas. Ortega is now worth more than $56 billion. And Inditex has about 6,000 stores in 85 countries — and counting. Another one is likely to open today.