Accessibility links
'Lean In': Not Much Of A Manifesto, But Still A Win For Women Facebook COO Sheryl Sandberg has drawn a lot of attention with her "sort of a feminist manifesto" Lean In. Critic Maureen Corrigan finds that much of the book is bland, but toward the end, Sandberg's intellectual charisma breaks through. 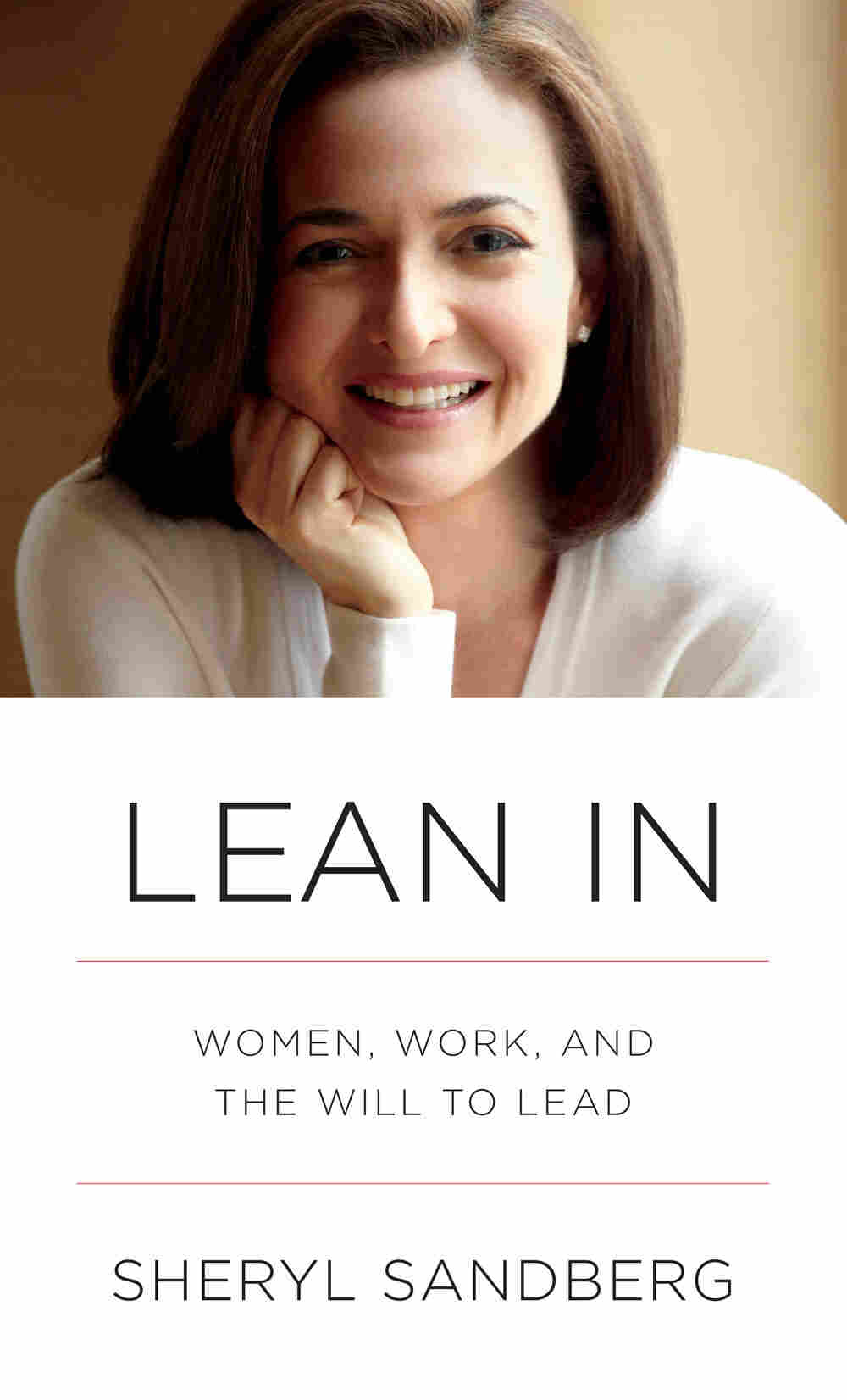 Women, Work, and the Will to Lead

Title
Lean In
Subtitle
Women, Work, and the Will to Lead
Author
Sheryl Sandberg

Sheryl Sandberg tells an anecdote in her new book, Lean In, about sitting down with her boss, Mark Zuckerberg, for her first performance review as chief operating officer at Facebook. Zuckerberg told her that her "desire to be liked by everybody would hold [her] back." I hope she's worked on that problem because over the past few weeks, there sure have been a lot of people hating on Sheryl Sandberg.

Lean In, which Sandberg describes as "sort of a feminist manifesto," has been slammed by Maureen Dowd, Jodi Kantor, Judith Shulevitz and others for its elitism, for being hard on women and soft on institutional sexism and for making an unfair exemplar of the 43-year-old Sandberg's own Amazonian accomplishments. (She has two Harvard degrees and a personal worth just shy of $1 billion. Sandberg was named the fifth most powerful woman in the world by Forbes magazine — all this, in addition to raising two young children in concert with a totally supportive spouse.)

Her critics, some of them without first reading her book, have belittled Lean In as a "vanity project." The wittiest takedown I've read is a piece by Noreen Malone in The New Republic, which focuses on Sandberg's name-dropping: As Malone notes, the "acknowledgements" section of Lean In runs to seven and a half pages and lists 140 people, among them: Oprah Winfrey, Gloria Steinem, Arianna Huffington and Sandberg's old treasury secretary boss and undergraduate mentor, Larry Summers.

Given all those heavy-hitters pitching in and considering the pre-publication feminist firestorm, you would think Sandberg's book would be a riveting read, but lean in and I'll tell you something: I dozed off twice while reading it. Most of the book is kind of blah, composed of platitudinous-corporate-speak-intermixed-with-pallid-anecdotes. Sandberg bolsters her argument about the need for women to "lean in," or assert themselves at work and at home, with truisms such as: "equality between partners leads to happier relationships." Even though, Oprah-esque, Sandberg resolves to speak her "truth," mostly mild confessions follow. We hear about how Sandberg vomited her way through her two pregnancies at work; not something juicier like, say, that she drunkenly vomited all over Mark Zuckerberg at the last Facebook holiday party. Sandberg wrote Lean In with the help of a professional co-writer, Nell Scovell, and the book has that ironed-out quality of a collaborative project. If Mary Wollstonecraft had written this tepidly, the first women's movement might have wilted before it ever took root.

But, but, but ... there are still some compelling reasons why, echoing some of Sandberg's supporters, I'd optimistically slide Lean In into my teenage daughter's bookshelf. First of all, the final two chapters of the book are more hard-hitting, riskier, less worried about alienating those readers, like stay-at-home moms, who may not share Sandberg's vision. Sandberg kicks off her final chapter by saying:

"For decades, we have focused on giving women the choice to work inside or outside the home. ... But we have to ask ourselves if we have become so focused on supporting personal choices that we're failing to encourage women to aspire to leadership."

'Lean In' may not be the most impassioned or entertaining feminist manifesto ever written and, sure, Sandberg is somewhat blinkered by her big bucks and privilege and inhibited by corporate caution. Yet, it's great to have a woman with such a platform speak up about sexism.

In her famous 2010 TED Talk on the dearth of female leadership, Sandberg sounds more like that: opinionated and challenging. I notice, by the way, that some of the feminists who've weighed in positively on Lean In — thinkers I respect like Rebecca Traister and Katha Pollitt — have acknowledged that they've attended invitation-only events hosted by Sandberg. I'm not suggesting that Sandberg slipped them a spare million or two to influence their reviews; rather, it's obvious that she's dynamic and funny in person and, toward the end of Lean In, some of her intellectual charisma breaks through the blandness.

Lean In is worth reading because, even though many of its observations about internalized sexism may be old hat to us older feminists, they're, sadly, still true. Women do denigrate themselves to be liked; they phrase assertions like questions and politely raise their hands while men grab the floor. I see it all the time in my classrooms; I still see that behavior in myself.

Lean In may not be the most impassioned or entertaining feminist manifesto ever written and, sure, Sandberg is somewhat blinkered by her big bucks and privilege and inhibited by corporate caution. Yet, it's great to have a woman with such a platform speak up about sexism. In a world full of crude, sometimes violent misogyny, Sandberg is following the first axiom of political organizing: Start where you live.