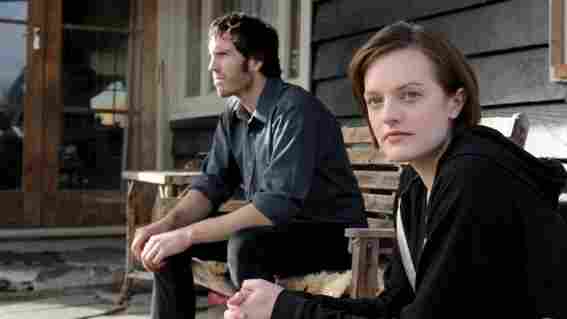 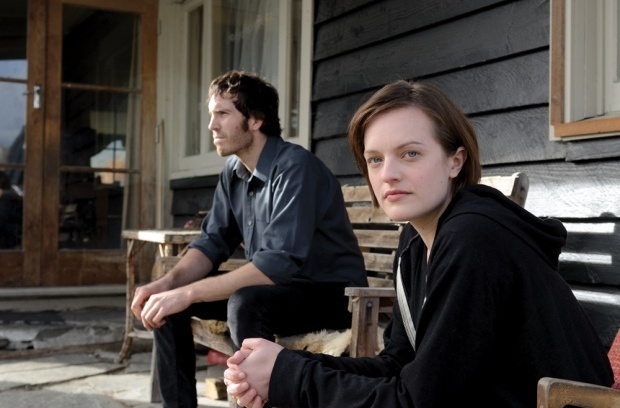 Top of the Lake, a new seven-part miniseries premiering tonight on the Sundance Channel, was co-created and co-directed by Jane Campion, who teamed with Holly Hunter 20 years ago on the movie The Piano. Hunter is back for this new project, playing a mysterious New Agey guru of sorts. She's started a small commune for emotionally damaged women, on a remote strip of land in New Zealand.

That story could have been at the center of Top of the Lake, but it isn't. It's more like a running subplot, just like the story that opens the drama — the tale of a 12-year-old girl named Tui who is found walking into a frigid lake, presumably to take her own life.

She's taken to the authorities, who can't get any details out of her. So they call in a visiting detective who used to be a local. And Top of the Lake, especially after the young girl vanishes, turns out to be mostly about that detective.

And that's a good thing, because the detective, Robin, is played by Elisabeth Moss, who plays Peggy on Mad Men. No matter how good you think she is on Mad Men, I suspect you'll be unprepared for her complicated performance here — and not only because she sports an effective New Zealand accent, but because her character is so rough, so raw and so constantly conflicted.

The pace of Top of the Lake is so deliberate and the atmosphere so oppressive, that its overall tone is close to the moodiness of the AMC series The Killing. The beautiful but foreboding setting is a strong character here — but the strongest, in addition to the determined women played by Hunter and Moss, is Tui's father, Matt Mitcham, a local backwoods drug lord played by Peter Mullan.

Matt Mitcham is like a Kiwi version of Al Swearengen from Deadwood — charismatic and deadly all at the same time. Robin gets a taste of this when she first meets Mitcham. She's looking into the death of a local real estate agent named Bob Platt, and visits Mitcham's fortress-like property. He's around back with a dog that's tied to a post and a shotgun within reach. Within a minute of her arrival, he fires the gun — killing the dog, and freaking Robin thoroughly out.

Mitcham frightens Robin, but he doesn't stop her. The biggest mystery in Top of the Lake, it turns out, is what drives Robin — her own demons and hidden secrets, and why she connects so strongly with the missing girl. It's less a mystery than a character study — and despite the show's title, Top of the Lake, all the rewards in this miniseries lie way beneath the surface.

Well, At Least Her Name's Not Medea

Another TV drama premiering tonight, A&E's Bates Motel, is primarily a character study as well — but this time we already know the character. He's Norman Bates, the creepy killer from Psycho with a fixation on his late mother. Well, Bates Motel is a prequel to Psycho, showing Norman in his formative high school years. His mother is very much alive — and her name is Norma. 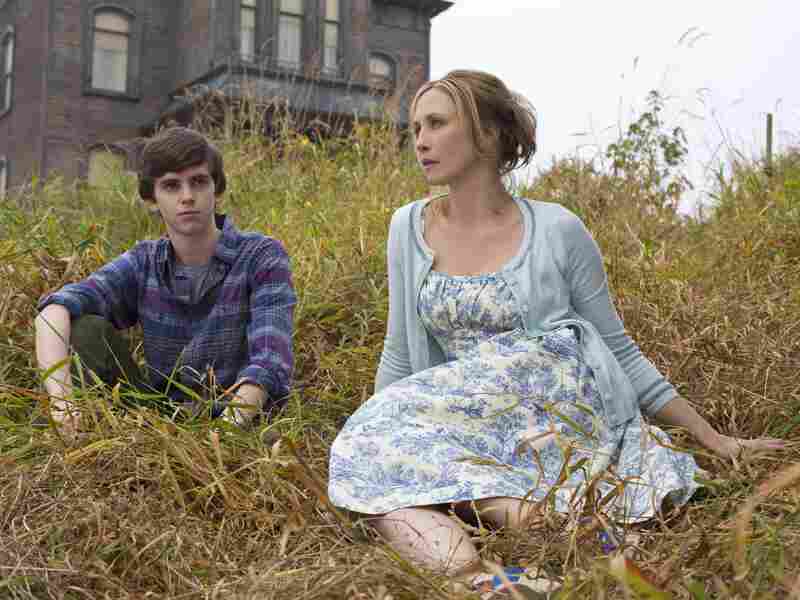 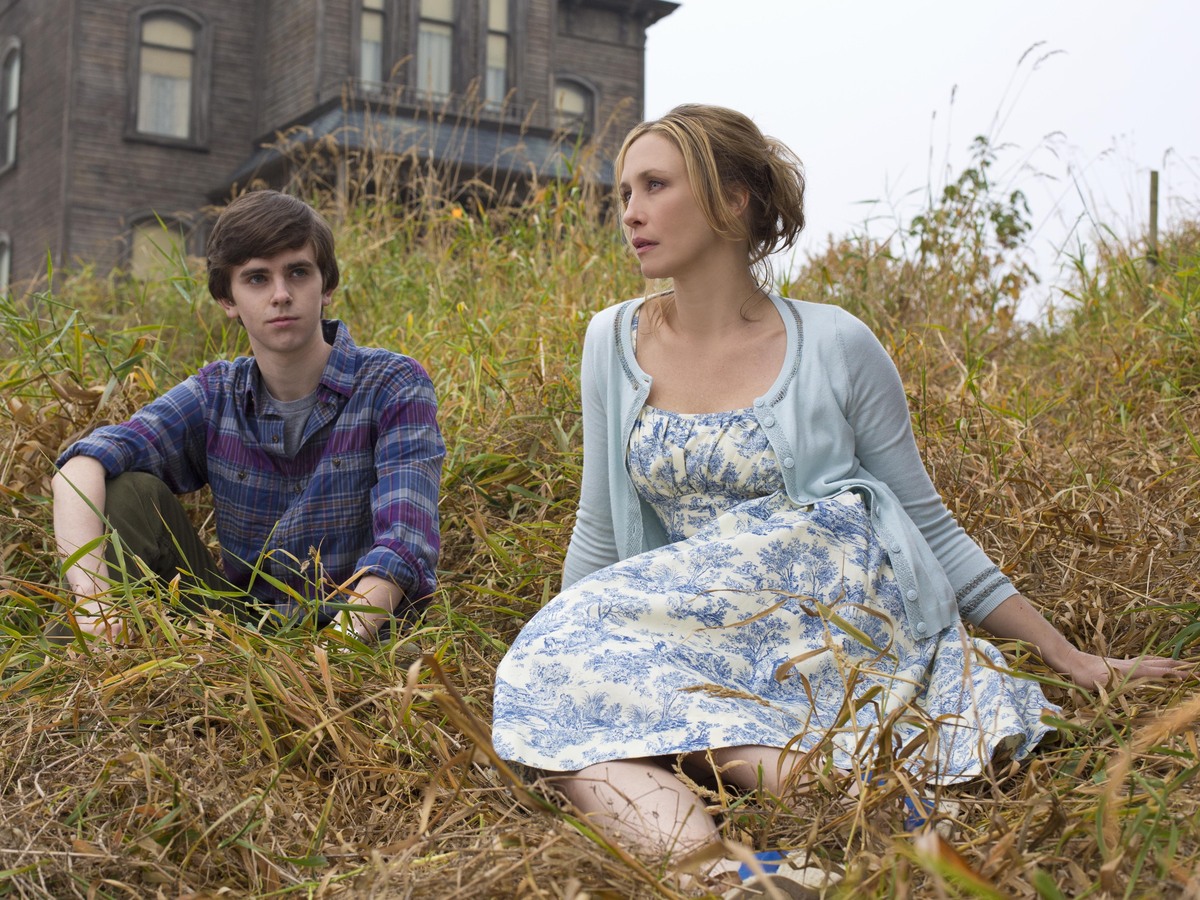 This new look at Psycho comes from two very respected TV executive producers: Carlton Cuse from Lost, and Kerry Ehrin, a writer-producer on Boston Legal, Friday Night Lights and Parenthood. Given that pedigree, you hope Bates Motel will work.

But it begins clumsily, with a creative choice that could have doomed it from the start: Even though it's a prequel to the 1960 movie, Bates Motel ignores that timeline and is set in the present. Logically, that doesn't make any sense. But dramatically, it allows the writers to surround young Norman with all sorts of confusing and conflicting stimuli, from iPods to flirtatious young coeds. Imagine young Norman Bates let loose on one of those CW teen dramas ... and that's pretty much what you've got here.

Except in the two lead actors, you've got something better. Freddie Highmore from Finding Neverland plays Norman, and Vera Farmiga, who starred opposite George Clooney in Up in the Air, is Norma. In one scene from the pilot, they're out rowing on the local lake, and the way they're talking, it could almost be a date. But they're mother and son — oh, and they're out there in the middle of the night, about to dump a body into the water.

What finally won me over about Bates Motel was when it started showing us life from Norman's point of view, including brief glimpses of his often disturbing fantasies. Everywhere he turns, Norman seems to be surrounded by tempting women and threatening men; for escape, and release, he turns inward. It's not a happy place — but in a medium that's already given us a serial killer as protagonist in Dexter, it's a natural progression.