Accessibility links
Six Words: Ask Who I Am, Not What Where are you from? Jessica Hong, a Korean-American, is constantly asked about her heritage, often before people learn anything else about her. Charley Sullivan found himself on the wrong side of the same question when he was 12 years old. 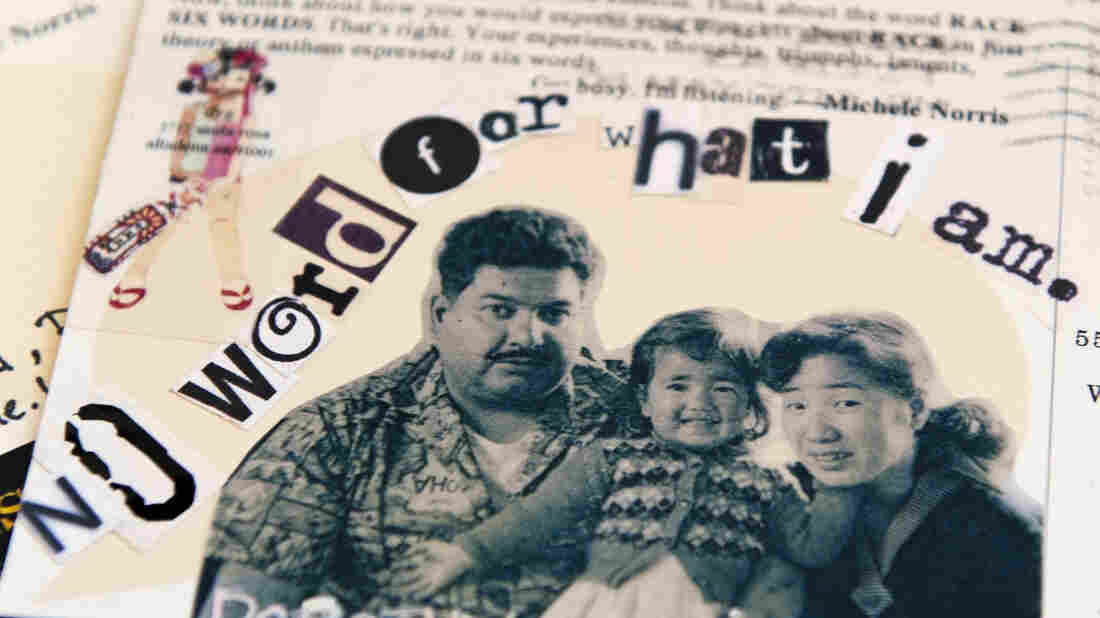 A submission to the Race Card Project, which asks people to describe their experience with race in six words. Cliff Owen/AP hide caption 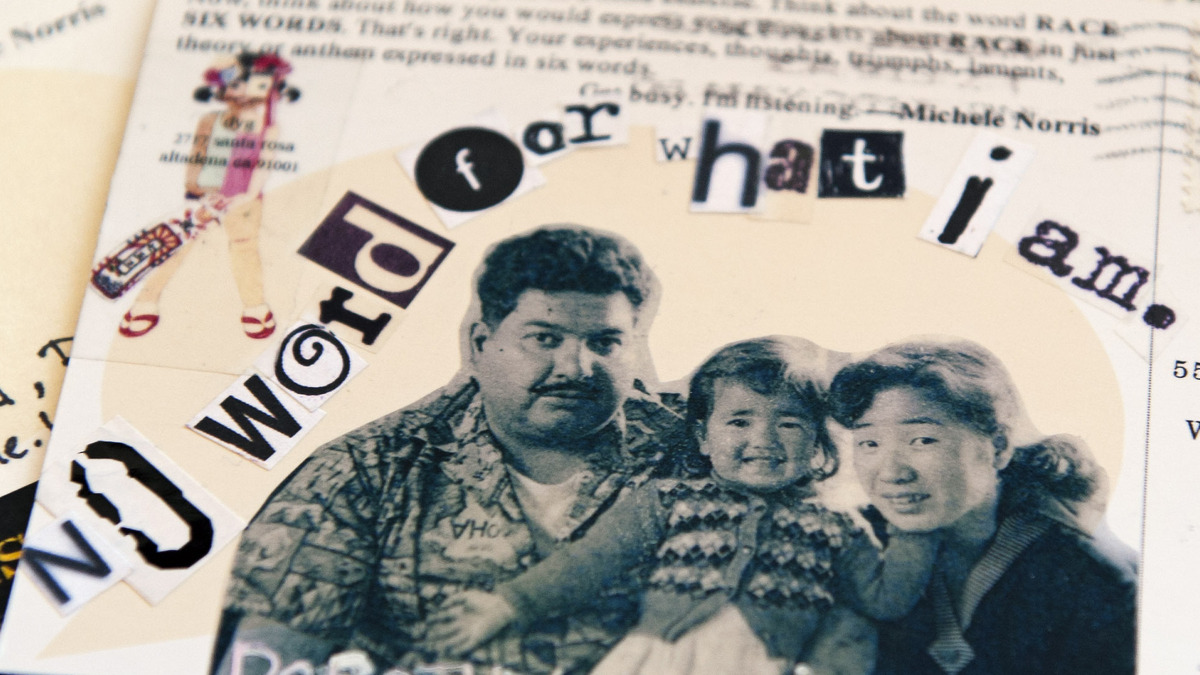 A submission to the Race Card Project, which asks people to describe their experience with race in six words.

This month NPR begins a series of occasional conversations about The Race Card Project, where people can submit their thoughts on race and cultural identity in six words. Thousands of people have shared their six-word stories and every so often NPR Host/Special Correspondent Michele Norris will dip into the trove of six-word stories to explore issues surrounding race and cultural identity for Morning Edition. You can find hundreds of six-word submissions and submit your own at www.theracecardproject.com. 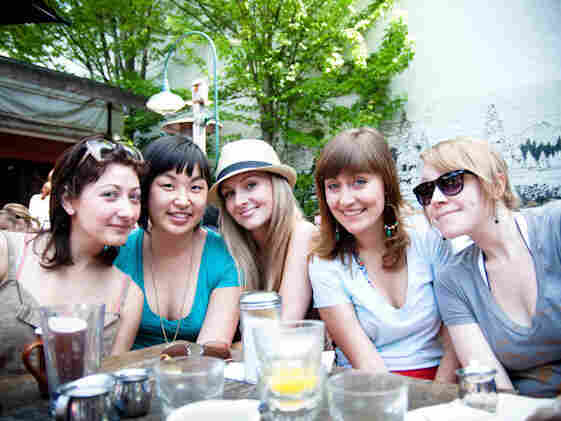 Jessica Hong, second from left, at brunch with friends. "Though I am clearly the lone Asian person, I don't think I've ever felt like the 'Asian friend' amongst these girls," she says. Courtesy of Eleanor LoNardo hide caption

Sometimes the themes that surface in The Race Card Project involve deep philosophical differences and seismic divides over fairness, opportunity, equal treatment and festering historic wounds. And then sometimes the six-word essays reveal personal memories or smaller moments in everyday life. For example, dozens of people have submitted Race Cards that touch upon a simple, seemingly innocuous encounter revolving around a question that goes something like this: Where do you really come from?

On paper it looks like a straightforward expression of curiosity or perhaps a social icebreaker. But dozens of people have said that their heart breaks a little when they hear that inquiry.

Jessica Hong is a 29-year-old reservationist living in New Orleans. She is originally from Seattle and she heard about The Race Card Project via comedian W. Kamau Bell on Twitter. As a Korean-American, Hong is constantly asked about her heritage and those queries became the basis for her six words: "Ask who I am, not what." 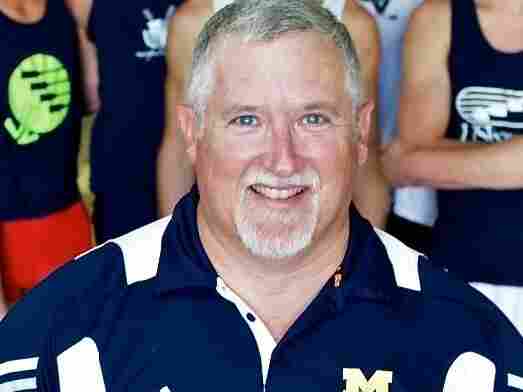 Charley Sullivan is the associate head coach of men's rowing and a doctoral candidate in Southeast Asian History at the University of Michigan. Courtesy of Charley Sullivan hide caption

The Other Side Of The Question

The lesson Hong is trying to teach is one that Charley Sullivan, a historian and rowing coach at the University of Michigan, learned after an encounter when he was in the seventh grade. His six words: "Where are you from? No answers."

He describes the day he asked that question, what led to it and what he gleaned from the response:

The "Where are you from?" conversation has come up a few times in The Race Card Project. Follow the links to find out the stories behind each of these six-word essays.

No, where are you actually from? — Aliza Hirani, Ann Arbor, Mich.

What are you? The ubiquitous question. — Laura Mariko Cheifetz, Atlanta

It was 1976. I was 12 and just moved back to the D.C. suburbs after growing up in Southeast Asia and West Africa. The first question to me in seventh-grade English class was "Did you see Tarzan?" This is how much my new classmates knew about the world. To say I didn't really feel welcome or understood would be an understatement. Then again, who does feel understood at 12? But 12 and just moved back from someplace weird compounds your weirdness.

There were very few students of color in the school at that point — maybe about 30 black students — only one of whom was not in the "special ed" track — and a few Asian students. There were a pair of Arab twins, the sons of a Saudi prince, whose [private parts] were the endless talk of after-gym-class showers. We'd already learned to connect race with bodies and with sex and with the exotic.

But, as a white boy having grown up in brown and black worlds, for the first time in my life, I was NOT on display as the other. For the first time, I sort of was just sinking into the background. No one had any clue what my life had been like or why I liked mangoes — or even what mangoes tasted like, much less a rambutan.

They knew that I had asked a kid whether the Miami Dolphins were a swim team, and that I knew ridiculous amounts of vocabulary and grammar — which had been drilled into me at my West African elite prep school — and that I already spoke French, which no one got to take until eighth grade, but I was doing it in seventh with special permission. And they knew that I could read music because the first day in chorus, I made the mistake of picking up the sheet music and just reading the thing through to the delight of the music teacher, who spent no small amount of time telling the others that reading music wasn't hard, see? Charley just did it right off.

They didn't know, at least not in any official way, that I was gay. But kids sense that stuff. And they knew I hadn't grown up with them since kindergarten. So, I was, or at least felt like I was, an outsider. 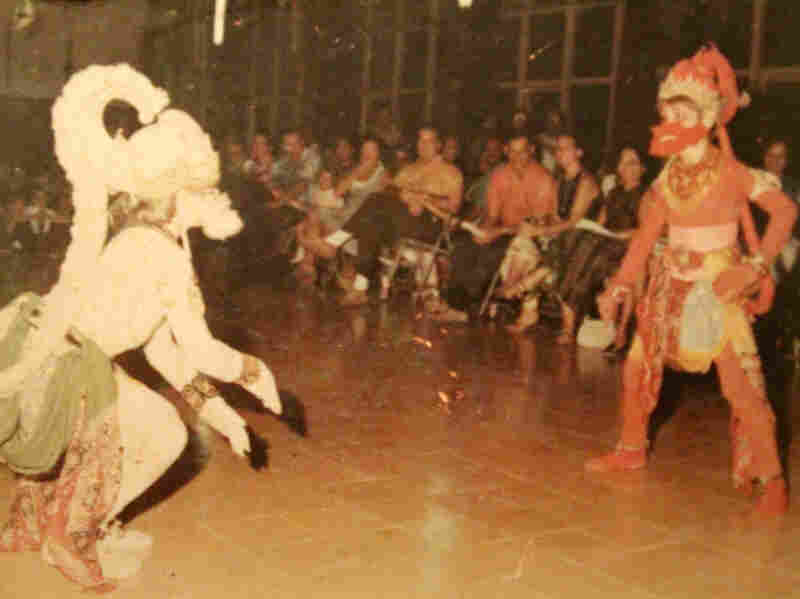 Sullivan (left) dancing Hanuman, the white monkey role in a Javanese dance performance in Jakarta in about 1970. Courtesy of Margaret Sullivan hide caption

On about the third week of school, I saw two Southeast Asian kids together, clearly Vietnamese, I now know, but closer to the Filipino and Indonesian kids I grew up with as friends than anyone else at the school. So I went up and asked my simple question, "Where are you from?"

They didn't answer. There was no conversation. They ignored me and walked away. I wondered if they spoke enough English to understand the question, since everyone in the school knew these kids didn't speak very good English.

The next week, I was walking down the hall during class time for some reason, and the two of them were coming the other direction. Looking at me with barely disguised contempt, they threw Army salutes my way as they strode by in lock step.

The light bulb went off in my head instantly. Not just the "a-ha" moment about race, but the "oh shit" moment, too. For me, I read race and saw connection; they read race and saw a challenge to their very presence.

I wanted to go running and say, "But wait, you don't understand ... we're the three kids in this school who know that part of the world. We should be friends." But it never happened.