Accessibility links
School Bands Should Not Be Entertainment Adjunct For Sports For commentator Frank Deford, it seems unfair that students who pursue other extracurricular talents — like music — should be placed in a subsidiary position to their classmates who happen to play sports. 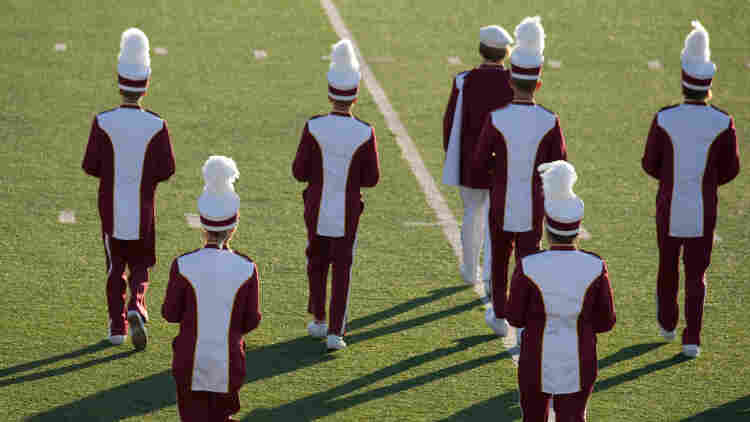 A marching band performs at halftime on the field during a high school football game. Jani Bryson/iStockphoto.com hide caption 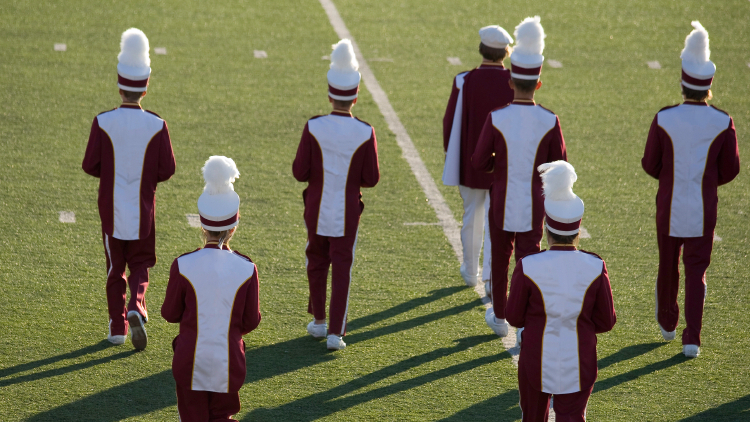 A marching band performs at halftime on the field during a high school football game.

Several years ago I gave a speech in which I mentioned that athletes tended to be the only college students who were awarded scholarships for what is an extracurricular activity.

Afterward, Myles Brand, the late president of the NCAA, told me I was wrong, that many music extracurricular scholarships were awarded at colleges.

Brand and I seldom agreed on much of anything, but I've always found him to be a gentleman. So, I expressed surprise at this claim.

Oh, no, Brand said, many colleges award music scholarships to members of the band who march during halftime at football games. I resisted the urge to quote John McEnroe: You can't be serious. I only replied, politely, that it seemed to me that those students, however hardworking they may be at high-stepping, were not primarily getting aid for their musical education, but for being an entertainment adjunct to the football team. Brand shook his head at me; we disagreed once again.

It turns out, though, that because there is also an overemphasis on football down a step, at the high-school level, that may well affect secondary school music programs throughout the country.

Lisa Chismire, the parent of a student in the Unionville-Chadds Ford District in Pennsylvania, discovered that it was district policy — as it is elsewhere — to force serious music students to attend band camp in the summer and then march in the band at football games. If music students who had no interest in the marching band did not go along and assist the football program, the young musicians would not be allowed to play in the concert band, the symphonic band, the jazz band or the orchestra.

Chismire, who is a retired lawyer, was appalled. She called this "extortion" and "institutional bullying" — coercing students in one discipline to serve as spear carriers for those in another.

In response to her charges of discrimination, there were protests that if music students who didn't want to march in the band were excused, then those who did would be disappointed because the band would be smaller and make less of an impression at halftimes. Chismire was called "threatening, aggressive, unkind and disrespectful" by one school board member.

But she obviously had the law on her side and was able, ultimately, to cause reform of the program in the whole school district. But, although the numbers aren't known, policies of this sort do exist in school districts throughout the country.

We all know that athletes, in high school and college alike, are awarded special privileges, but somehow it seems even more unfair that students who pursue other extracurricular talents, should, anywhere in America, be placed in a subsidiary position to their classmates who happen to play sports.