Accessibility links
Two Awards In One Day For 'Battleborn' Author Claire Vaye Watkins On Wednesday, it was announced that the 28-year-old fiction writer had won the Story Prize as well as the Rosenthal Family Foundation Award from the American Academy of Arts and Letters. Her debut story collection explores the landscape, people and history of the American West. 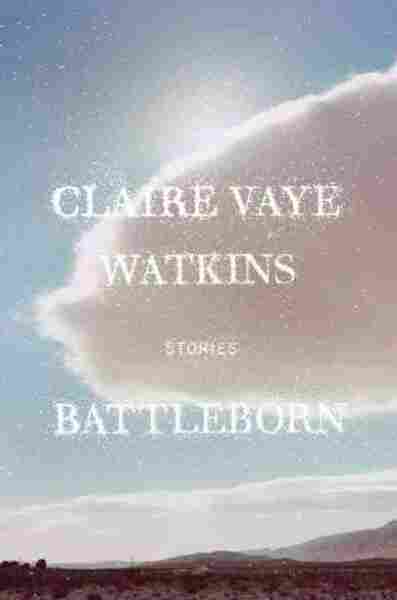 The 10 stories in Claire Vaye Watkins' debut collection — Battleborn — explore the past and present of the American West, specifically Nevada, where Watkins spent much of her childhood and adolescence. On Wednesday, it was announced that the 28-year-old author had won two major literary prizes for Battleborn: the $10,000 Rosenthal Family Foundation Award from the American Academy of Arts and Letters, and the $20,000 Story Prize. Pulitzer Prize-winner Junot Diaz (This Is How You Lose Her) and Dan Chaon (Stay Awake) were the other finalists for The Story Prize, which is the most significant award for short fiction in the U.S.

Watkins' mother and stepfather settled in Pahrump, Nev., when Watkins was 6, and, she tells Fresh Air's Dave Davies, she and her sister "spent a lot of time traipsing around naked through the desert, wandering and playing with our dogs and finding creatures and rocks. ... [My parents] taught us a lot about rocks and the desert and the natural world, and it was really sort of our playground."

Pahrump is about an hour west of Las Vegas, and Watkins was aware of the juxtaposition of the city and the desert landscape of her town.

"If you looked east at night, you'd look, you'd see a dark mountain range and then the glow of the city of Las Vegas behind it," she says. "You could see the lights of the city every single night."

As a teenager, Watkins began exploring Las Vegas and its temptations with her girlfriends. Her mother had grown up there. Even so, Las Vegas did not provide any sense of ancestral history, which she says is an aspect of the Las Vegas story.

"It never felt like, 'This is my parents' city,' Watkins says. "It was like, 'This is my city.' Partially — probably — because my parents were always talking about how different it was, you know, than when they were around. They would talk about how the Strip looked nothing like when they had worked [there]. My grandma was a change girl at Caesars Palace basically her whole life, and her Las Vegas looked nothing like my mother's Las Vegas, and mine, it was very much my own. ... [Y]ou [are] absolutely untethered by any convention of legacy, I guess — or history. You have no obligation to anyone in that kind of context — or so it seems when you're 17." 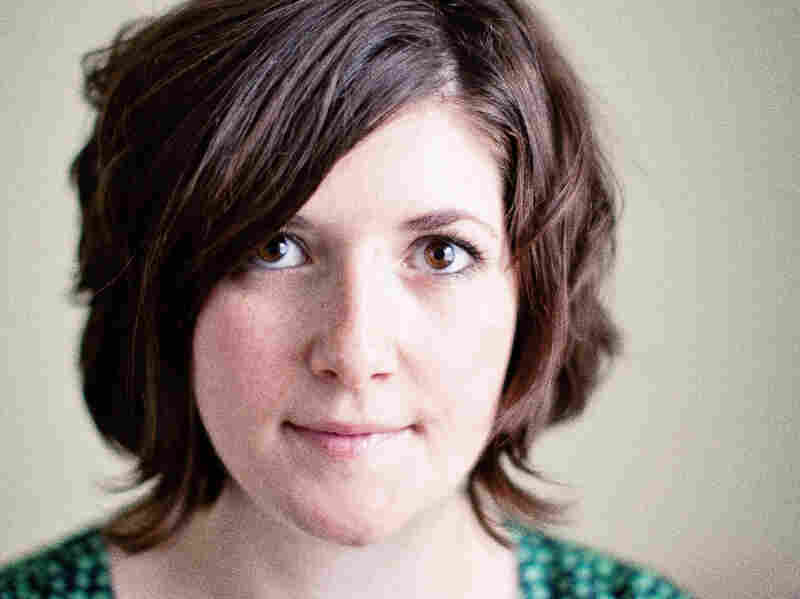 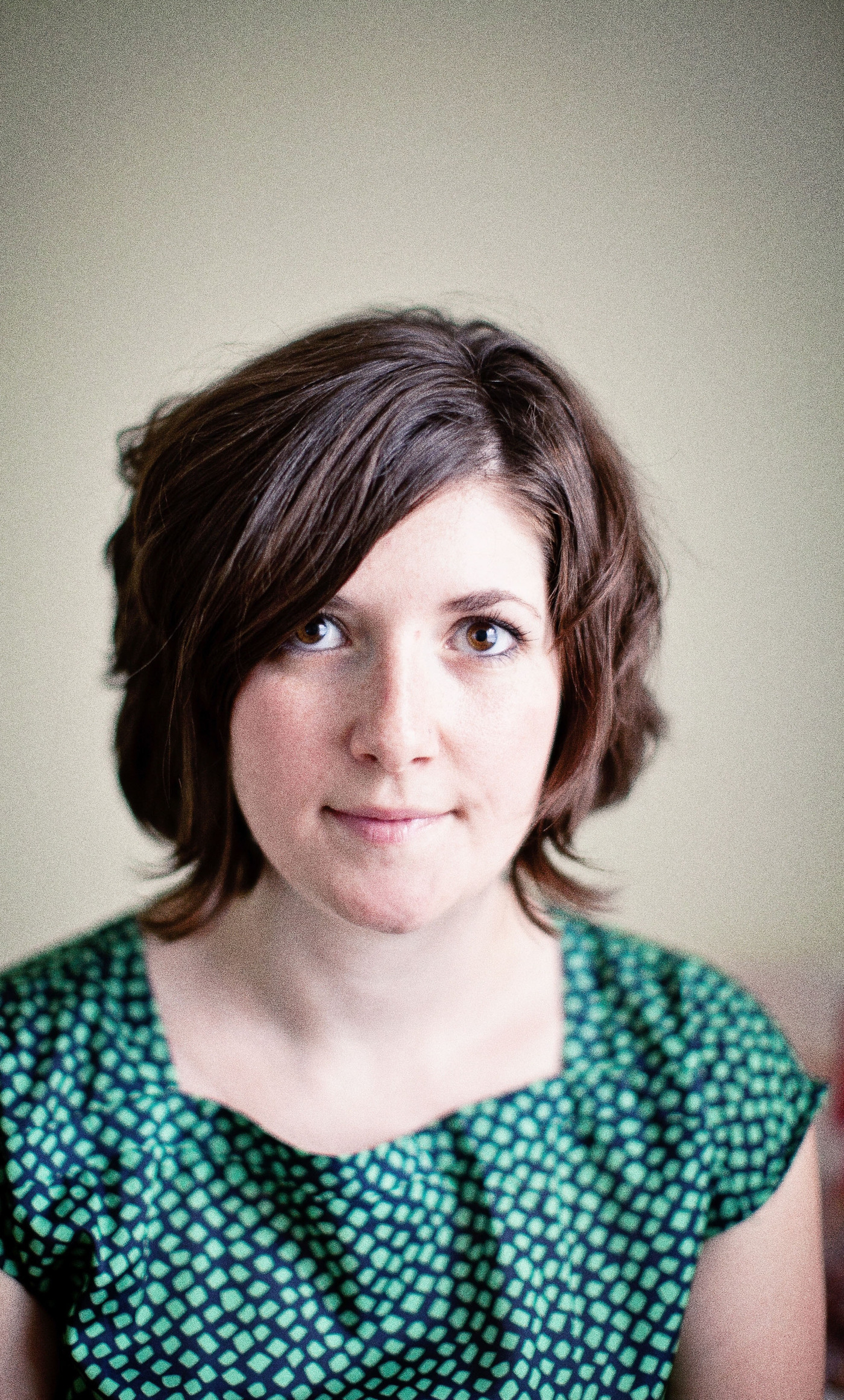 Claire Vaye Watkins is the author of the short story collection Battleborn.

"My mom especially was a terrific BS-er. She told tons of stories, especially because where we lived was so remote, was so far away. We [had] to drive — when I was really young, before southern Nevada kind of exploded in population — we had to drive for maybe two-and-a-half hours to go to the grocery store. Really we had to drive ... to Las Vegas and back to get groceries or hardware or really anything you needed, so my mom would often, she would talk the entire trip, and what she would tell us were stories about what we were seeing. She was sort of an amateur geologist and natural historian, and she would tell us all about how a certain mountain range was formed or how everything we were seeing was once under the ocean ... and so there were her stories.

"And then there were also — my mom and my dad and then later my stepdad, they were in recovery, they were recovering alcoholics — and so AA was a big part of our lives, and on these trips we would either be talking to each other and telling stories or listening to these tapes, these AA tapes, these speaker tapes where people tell their stories about how they hit rock bottom and how they got sober and sort of what they've learned, and you can imagine those are pretty gritty stories."

On her father, Paul Watkins, and his 1979 memoir My Life with Charles Manson

"For me, having not really known my dad at all — he died when I was so young — that I had never really had access to an entire dimension to him. ... I'd never really had access to his flaws or his mistakes. You know, no one really says to a kid, 'Your dad was a decent man, but he did some shady stuff. He lured young girls to the Manson family, where they were tremendously exploited.' That wasn't a narrative that was available to me from my family members, and rightfully so. I don't resent them that. But the book and the Manson materials gave me this whole other dimension to him, and it made him more real than he'd ever been."

On fitting the prospecting history of the West into her stories

"You can't really write a book about ... the West without the gold rush, because without the gold rush you wouldn't have had the silver rush, and without the silver rush we would probably just still have a Nevada-shaped hole in our country, because Nevada would be of no interest to anyone, likely. Maybe we would start blowing up nuclear weapons in it eventually, but it would have taken a lot longer. ... In a way, we haven't really gotten over the gold rush, which was a lie even when it was happening, and that kind of instability of history is something that has always really fascinated me. A lot of the characters are, you know, kind of internalizing this John Wayne masculinity, this mythic, rugged individual, and really suffering for it."

I don't want to romanticize the experiences of people who are living in rural communities or poor communities — which Pahrump is — or the desert. Our dominant cultural narrative totally devalues all three of those things: rural, poor and desert.

"I always say I exist in a constant state of homesickness, and that's really the context in which I wrote this book, too. You know, I wrote it five months after my mom committed suicide and about three months after leaving the West for the first time to go study [at graduate school] in Ohio, and there was this landscape of grief and homesickness. I'd never written a word about Nevada until then, and I think suddenly being removed from my home and missing, you know, the mountains and the stars and the dry air and the rocks and the spiny plants, just this tremendous, overwhelming homesickness, which surely had to do with my mom's dying, I guess I kind of felt the need to conjure up Nevada and bring it back to me that way."

"I have such tremendous affection for the West that I would want anyone I loved to experience it and to see it and to spend as much time there as possible. I think I would definitely want that experience for my family, but it's also not entirely a romantic [place] to grow up. I don't want to romanticize the experiences of people who are living in rural communities or poor communities — which Pahrump is — or the desert. Our dominant cultural narrative totally devalues all three of those things: rural, poor and desert. There was the sense when I was there, you're often told that where you are is not valuable or important. Just think about the way we talk about the desert as a 'wasteland' or 'the middle of nowhere' or it's 'barren.' That's a really bizarre phenomenon when you've spent your whole life in a place and then the culture tells you it actually doesn't even exist, and if it does exist it's worthless. That's a bit of a heady place to be, and that's partly what I was looking for with this book, was getting a portrait of the place that had never before been presented to me."

Read an excerpt of Battleborn