Accessibility links
Movie Review - 'The Incredible Burt Wonderstone': Vegas, When The Magic Stops There's a clever premise and some promising performances buried in this comedy-magic misfire. But those winning aspects are ultimately ruined by a mean-spirited movie that's too cruel for kids and too dull for most adults. 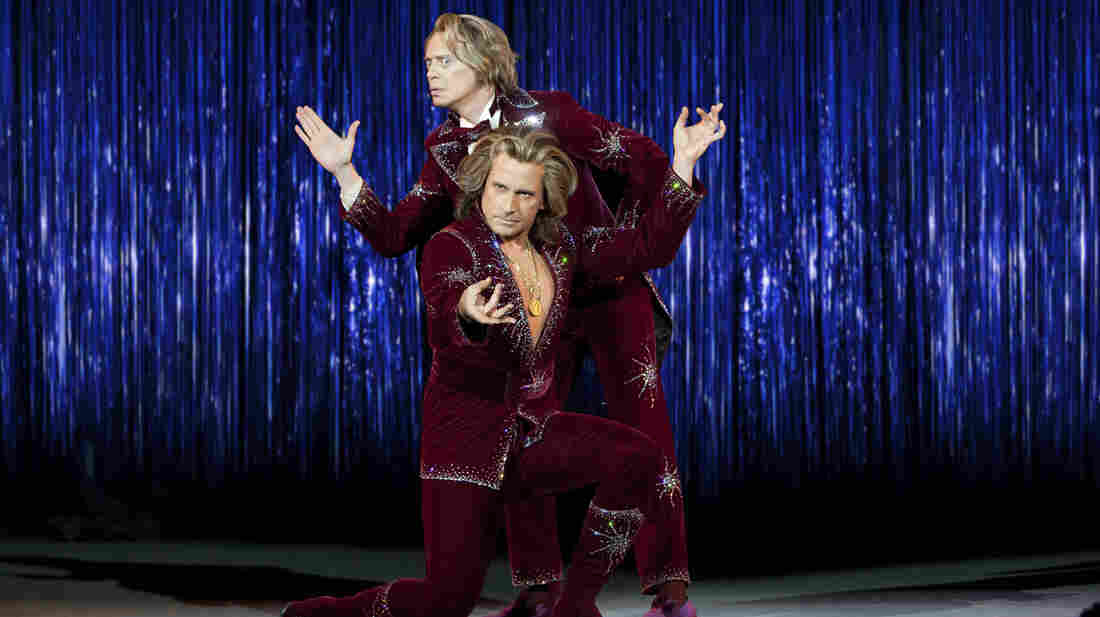 'It Was Funny In My Head'

'I Take People's Nightmares And Turn Them Into Dream Realities'

'See You In The Morning'

There are some funny bits and characters around the edges of The Incredible Burt Wonderstone, but its core is empty of humor. In fact, this purported satire of Las Vegas magicians is a three-void circus: the script, the central character and the main performance.

The committee-written screenplay begins with the premise that, 20 years after the illusion-busting Penn and Teller set up in Vegas, there could still be a market for a pair of old-school tricksters who call themselves Burt Wonderstone and Anton Marvelton.

Friends since childhood, Burt (Steve Carell) and Anton (Steve Buscemi) have become offstage enemies. Both's biggest nemesis is Burt himself, a preening show-biz phony who refuses to update the duo's act. He's more interested in plundering the show's young female fans, one of whom is selected every night to check out Burt's bed, "the biggest in Vegas."

Suddenly, the magical twosome's complacency is challenged by street performer Steve Gray (Jim Carrey), a cross between Criss Angel and Sid Vicious. Grey's act involves cutting and burning himself, but he does more extreme damage to the careers of Burt and Anton. They lose their longtime gig at the casino hotel run by the jovially soulless Doug Munny (James Gandolfini), whose surname rhymes with — oh, you got that one, huh?

After bungling a desperate attempt at turning edgier, Burt and Anton embark on separate voyages of self-discovery. The story concentrates on Burt, who alienates — again and again and again — the duo's former stage manager, Jane. Played by Olivia Wilde, loves-him/loves-him-not Jane is an engaging presence, but one with a character arc shaped like a Slinky.

Reduced to working the activity room of a show-biz rest home, Burt encounters Rance Holloway (Alan Arkin), the magician who inspired his childhood self to pull rabbits out of hats. As the crabby retiree who no longer considers magic to be, well, magic, Arkin is as winning as Wilde. But he, too, is given a personality that bends whichever way the plot requires. 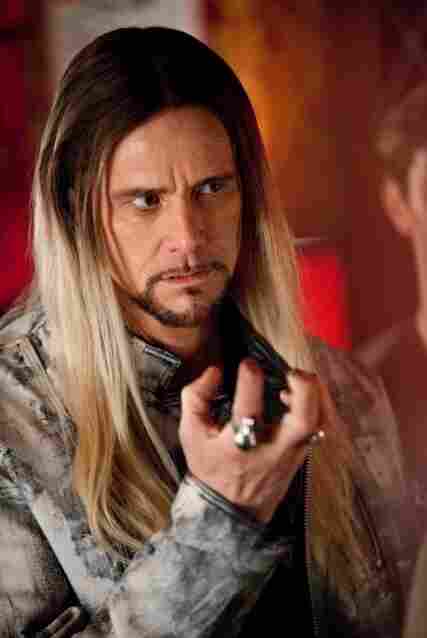 Least plausible of all is Burt, a formerly bullied little boy who grows up without any apparent self-understanding. He holds opinions that are as archaic as his act — such as the notion that Jane can't be a magician because she's a "girl" — and are poisonous not only to his spirit but also to his gig. What kind of show-biz pro doesn't recognize the value of novelty?

Because of the zigs between his intolerable and sympathetic aspects, Burt is an unplayable part. But Carrey, whose Steve Gray seems disturbingly almost plausible, would have been a better choice than Carell. Zealous self-delusion is Carrey's speciality, while Carell usually plays the sort of guy who's burdened with rueful self-awareness.

The movie opens with Burt's dire childhood, redeemed only by a magic set and his meeting Anton. There are also repeated appearances by Munny's son, a Wonderstone fan who gets Dad to book the magician for his 10th birthday party. These episodes suggest that director Don Scardino (a TV sitcom veteran) and his cohorts hope their PG-13 movie will draw a significant younger-than-13 crowd.

But The Incredible Burt Wonderstone is just too mean for young kids. In addition to Gray's gory stunts, there are a significant number of gags that turn on animal cruelty. These play out mostly off-camera, and the nastiest one of them is resolved — inexplicably — with no apparent harm to the critter, a cute puppy. It turns out that the dog, like the movie's human performers, has suffered injury only to its reputation.