Accessibility links
Movie Review - 'The Call' - Not The Best Connection A bizarre mashup of different types of cinematic excess, The Call largely wastes its taut and tensely paced middle section with its stuffed and overtly explicit bookends. Already stretching disbelief, this film's sloppy storytelling wears thin long before the end.

'The Call': Not The Best Connection

'The Call': Not The Best Connection 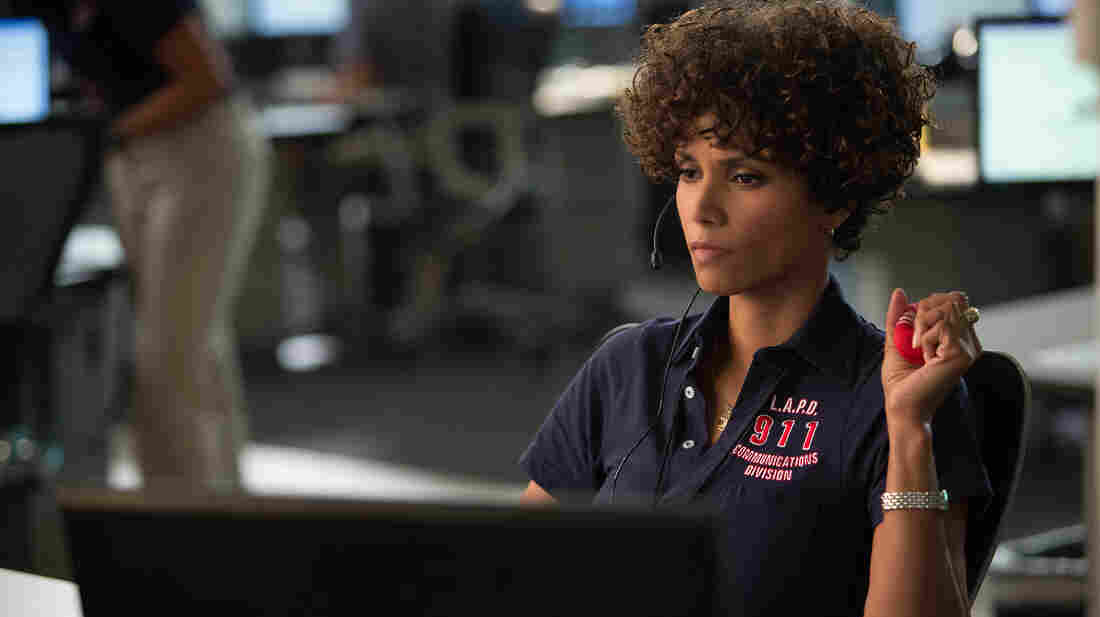 Rated R for violence, disturbing content and some language

'A Man Is Trying To Break Into My House'

In the buildup to the climax of Brad Anderson's The Call, a character discovers what the film's villain has been doing with all the teenage girls he's been kidnapping and killing. It's a grisly revelation, and it's played for shock value — both for the audience and for the character making the discovery.

There's only one problem: Early in the film, the body of one of these girls is recovered. So the details of the killer's M.O. shouldn't come as any shock whatsoever to the character that discovers his lair.

It's careless storytelling — and unfortunately, it's typical of the bizarre choices and the lazy, sloppy structure that inform the last 20 minutes of the film.

Those oddities include the moment when the film's protagonist — a 911 operator named Jordan (Halle Berry) — undergoes a sudden personality shift. There's also a hilariously ham-handed attempt at what I can only assume is meant to be a metaphor for American attitudes toward crime, punishment and vengeance, signaled by the conspicuous framing of an American flag behind Jordan in a key moment before the proceedings start going completely bonkers.

Even the props department drops the ball, providing canisters marked "nitric oxide" (rather than nitrous) to be used as anesthetic for an impromptu medical procedure.

The shoddy attention to character, plausibility and detail is particularly surprising coming from Anderson, a director of smart indie thrillers like The Machinist, Session 9 and Transsiberian. He's been a gifted filmmaker with a talent for creating chilling tension through meticulous control of just these elements.

While The Call never feels quite up to par with those earlier films, for the bulk of its running time it at least seems like a passable entertainment, with a handful of moments that do showcase Anderson's usual flair for manufacturing an atmosphere of dread.

The film opens with a nicely constructed set piece detailing the fast pace and pressure of 911 operators' work, transitioning into the call that will alter Jordan's life: a home invasion in which that serial killer's latest target dials 911 while he's breaking into her house — forcing Jordan to try helping her escape capture, over the phone, while waiting for the police to arrive.

Six months after that harrowing call, Jordan is a post-traumatic mess, popping diazepam, removed from the "hive" of the call floor and training new recruits. The training sequence is the first that doesn't work, as Richard D'Ovidio's script uses it as a blatant opportunity to present expository information on the difficulties of the job — difficulties that have already been shown, rather than summarized, in the preceding sequence. 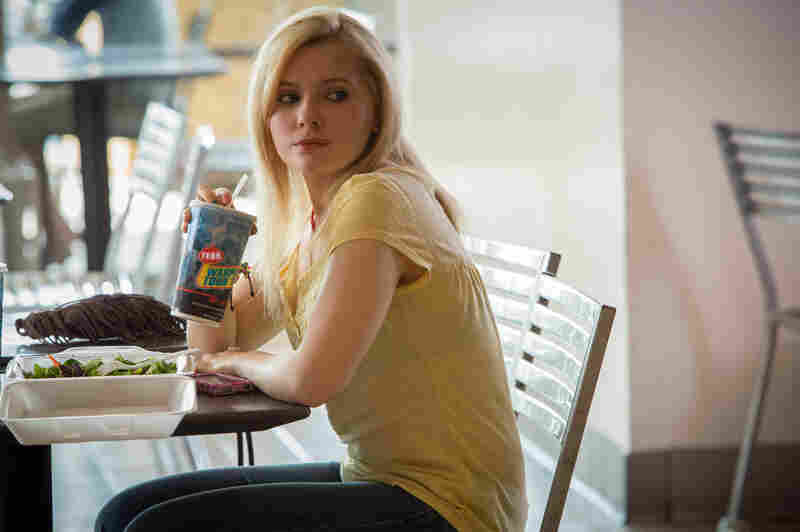 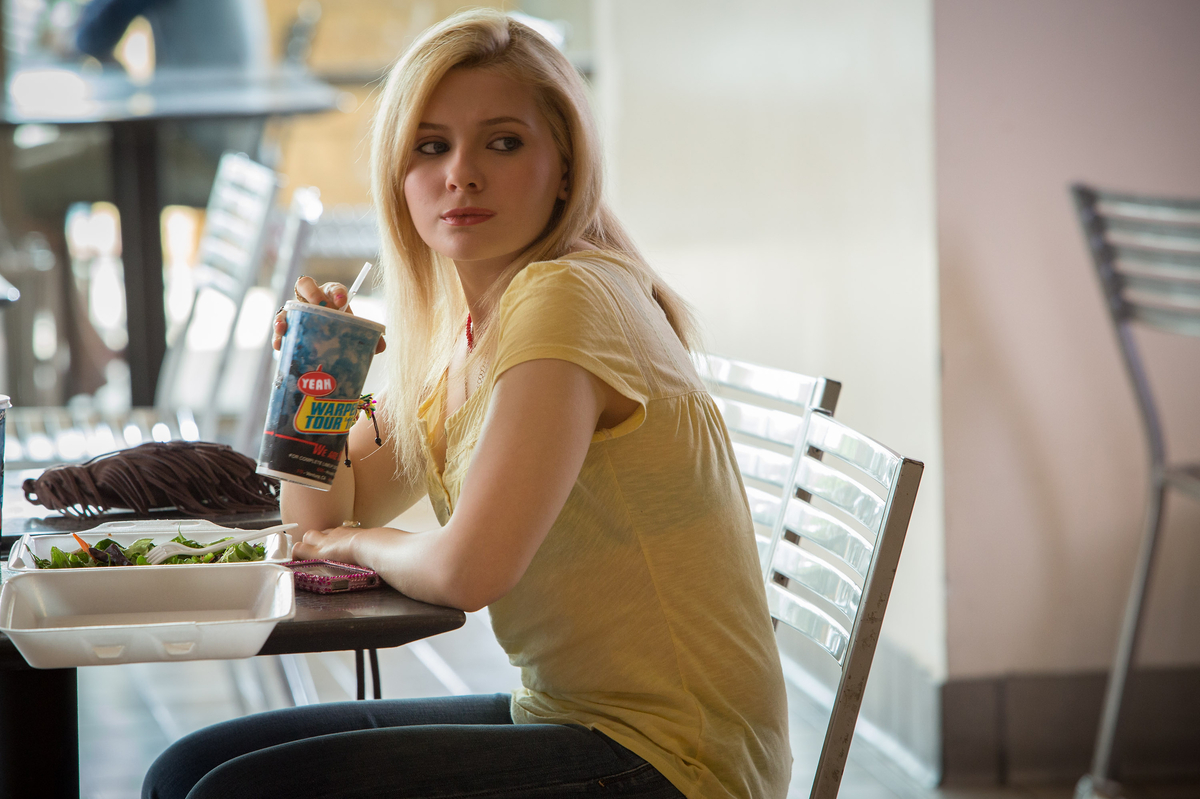 Casey Welson (Abigail Breslin) is the kidnap-and-kill target in The Call.

While taking the recruits on a tour of the call center, an operator gets a call from Casey (Abigail Breslin), a girl who has just been kidnapped from a mall parking garage and stuffed in a trunk, her captor not realizing she had a second cellphone on her. When the operator freezes while trying to calm the panicking Casey, Jordan takes over the call.

The near-real-time cat-and-mouse that follows is the film's strongest portion, as police try to track down the moving target of Casey and her captor while Jordan feeds Casey instructions designed to get other cars to notice that she's trapped in the trunk.

But at the point when Casey finally loses contact with the call center, the film seems at a complete loss as to where to go next. A mostly taut if overly slick thriller gives way to something else entirely; it's part Saw/Hostel-influenced horror, part revenge-themed exploitation.

It's such a jarring shift that it feels as if an entirely different crew of filmmakers invaded the production and took over with the ending for a different movie. Common sense goes out the window as the movie is left to limp to its bizarre finish, without anyone to call for rescue.