Accessibility links
Crime Lab Scandal Leaves Mass. Legal System In Turmoil Lawyers, prosecutors and judges across Massachusetts are sorting through thousands of cases that may now unravel. With a former chemist accused of falsifying as many as 34,000 test results, hundreds of former defendants have already been released and police are bracing for an uptick in crime. 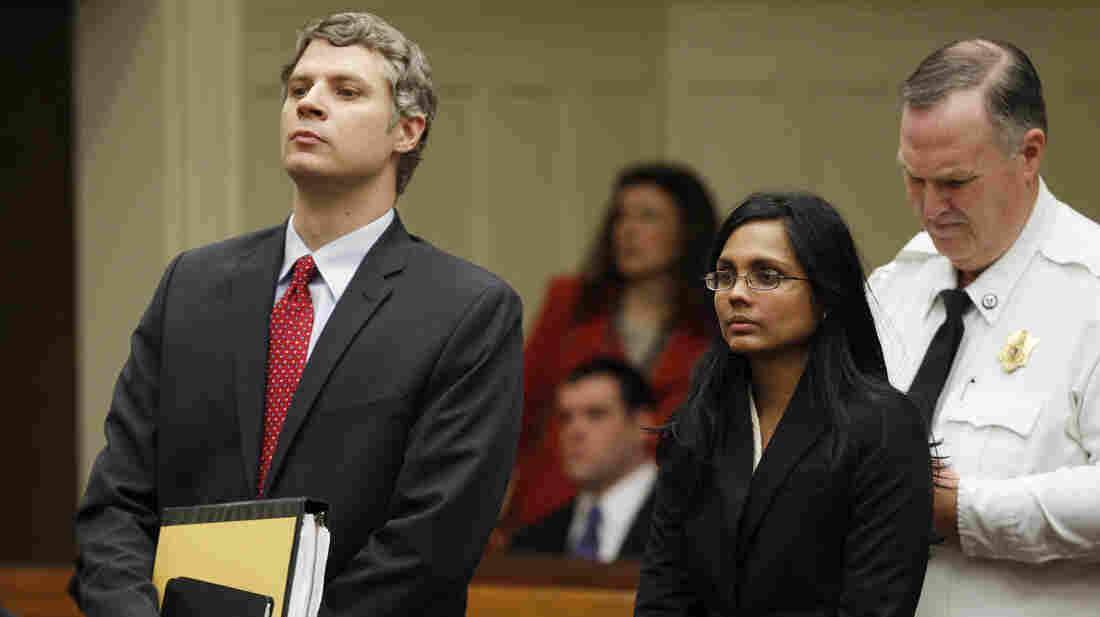 Annie Dookan, a former Massachusetts crime lab chemist, is accused of falsifying evidence in as many as 34,000 cases. The state's criminal justice system is now reeling as former defendants are challenging their convictions and hundreds have already been released. Jessica Rinaldi/Reuters/Landov hide caption 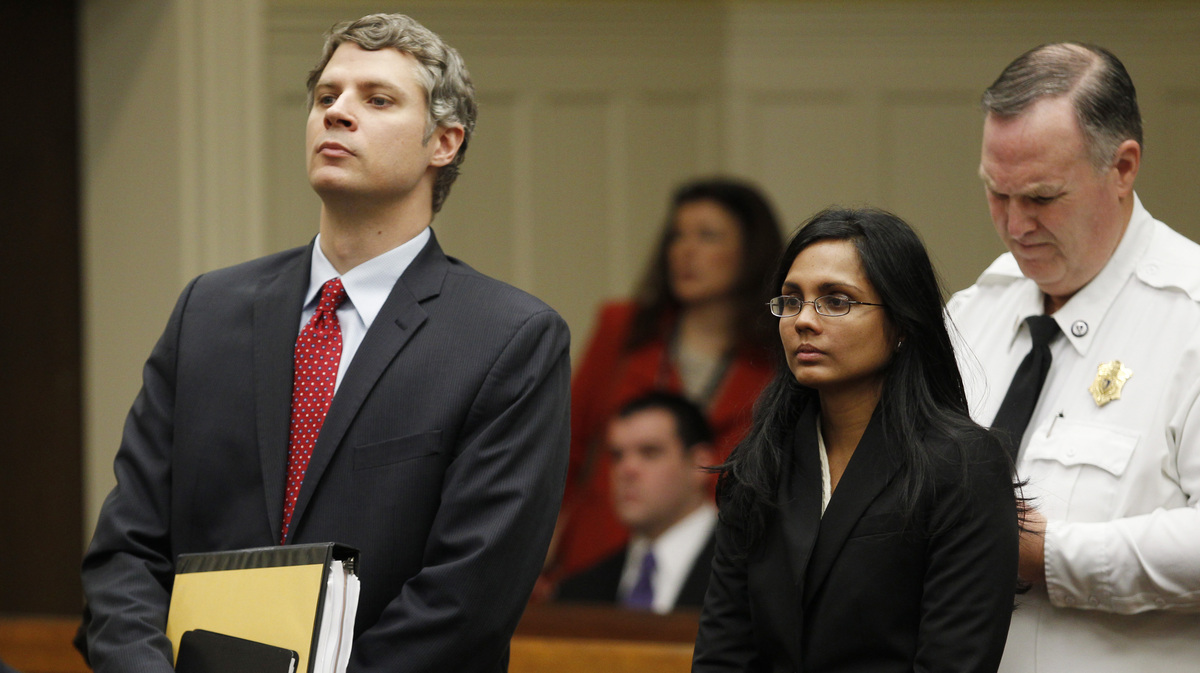 Annie Dookan, a former Massachusetts crime lab chemist, is accused of falsifying evidence in as many as 34,000 cases. The state's criminal justice system is now reeling as former defendants are challenging their convictions and hundreds have already been released.

A scandal in a Massachusetts crime lab continues to reverberate throughout the state's legal system. Several months ago, Annie Dookhan, a former chemist in a state crime lab, told police that she messed up big time. Dookhan now stands accused of falsifying test results in as many as 34,000 cases.

As a result, lawyers, prosecutors and judges used to operating in a world of "beyond a reasonable doubt" now have nothing but doubt.

Already, hundreds of convicts and defendants have been released because of the scandal. Now, the state's highest court may weigh in on how these cases should be handled.

"I don't think anyone ever perceived that one person was capable of causing this much chaos," says Norfolk County District Attorney Michael Morrissey, one of many DAs now digging through old drug cases, trying to sort out how many should now be considered tainted.

"You can see the entire walls full of boxes," Morrissey says, gesturing at dusty files piled six feet high in a conference room near his office. "In one of these cardboard boxes, there could be hundreds of cases ... in each box."

The cases represent nearly a decade's worth of work that could take years and tens of millions of dollars to review.

For Prosecutors, 'Unsettling And Maddening'

In Massachusetts, special courts have already heard hundreds of cases of convicts and defendants arguing they were denied due process. Their evidence, they argue, was handled — or mishandled — by Annie Dookhan.

In a recent hearing, public defender Julieann Hernon argued for the release of a man charged with selling cocaine and heroin in a school zone to an undercover officer. Hernon recited a list of alleged misconduct by Dookhan.

"It was, we now know, mis-testing evidence, dry-labbing evidence, saying she had conducted tests when she had not, deliberately tainting drugs," she said.

Hernon's client had pleaded guilty, but now, Hernon said, he should be allowed to take it back. 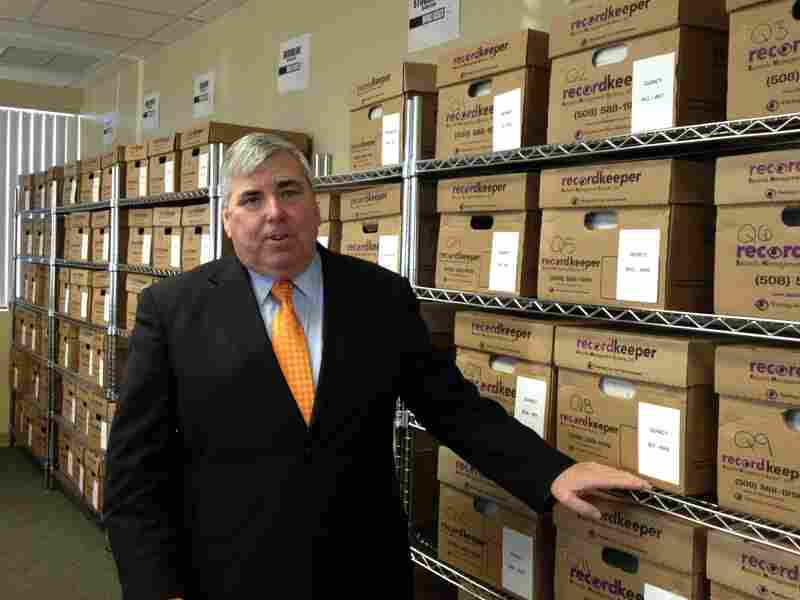 Norfolk County District Attorney Michael Morrissey is reviewing thousands of files to determine which cases must be thrown out or retried because of potentially tainted evidence. Tovia Smith/NPR hide caption 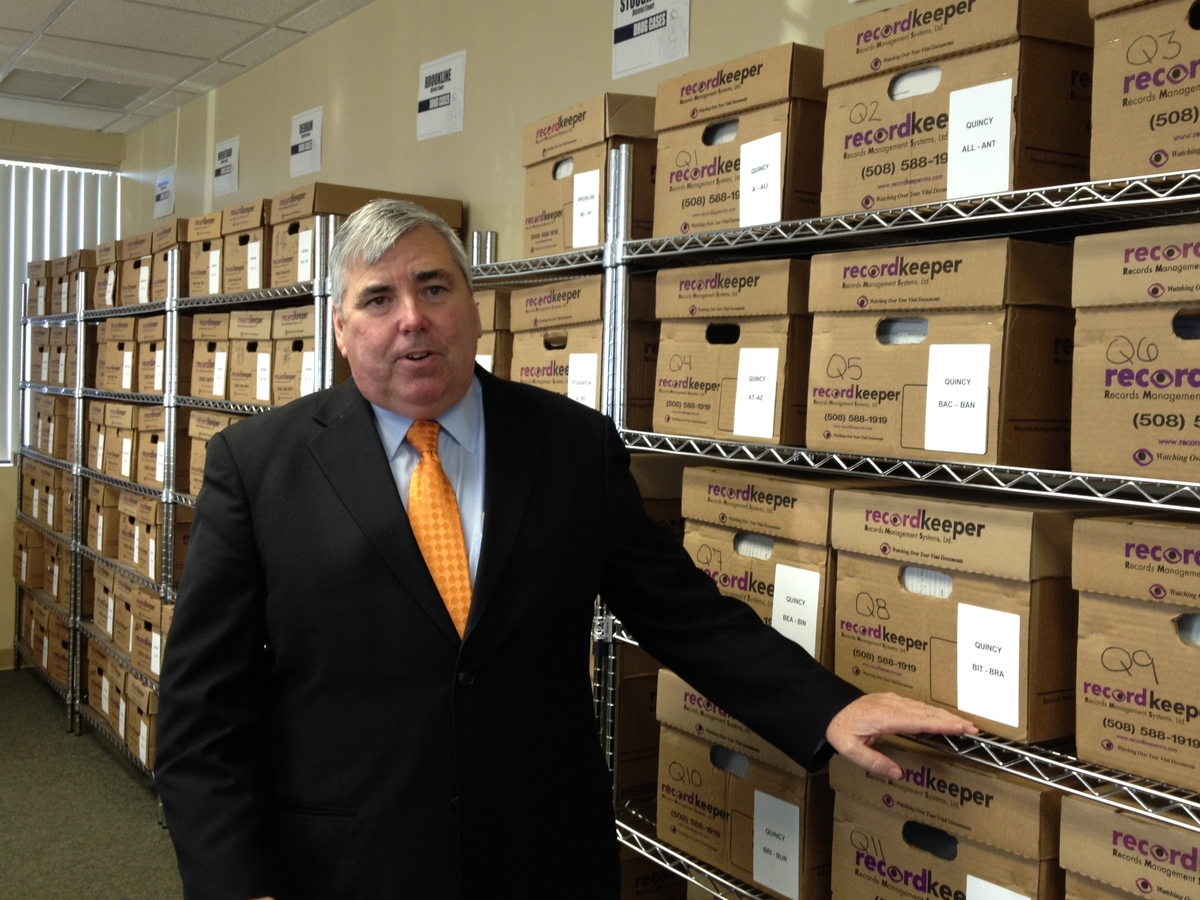 Norfolk County District Attorney Michael Morrissey is reviewing thousands of files to determine which cases must be thrown out or retried because of potentially tainted evidence.

"Certainly, I think, we have to presume a taint here when Annie Dookhan was the chemist in the case," Hernon told the judge.

The whole dynamic in court has now flipped in Massachusetts. Defendants tend to smile while prosecutors watch their cases crumble. Today, Norfolk County Assistant District Attorney Tom Finigan tells the court that the Commonwealth will not oppose Hernon's motion.

"It's unsettling and maddening, because you're now going to have a lot of people get released to the street prematurely," says Middlesex County District attorney Gerry Leone, one of many hoping the state supreme court will curb the releases.

While some defendants could still be on the hook for gun or assault charges, for example, he says most drug cases where Dookhan was the primary chemist will be impossible to re-prove beyond a reasonable doubt.

But Leone says it's unclear where to draw the line. Some offenders, he says, are just trying to jump on the bandwagon, arguing that every test from that lab should be considered tainted.

"If someone's in jail, they're doing downtime," Leone says. "So there's no reason to try to file something that gets you back before the court."

In another recent case, defense attorney William Sullivan successfully argued to withdraw a client's guilty plea in a case where Dookhan was a secondary chemist.

"This is a lab that was pretty much wholly and fully contaminated by Ms. Annie Dookhan," Sullivan told the judge. "She had full access to everyone's drugs."

While the judge decided in his client's favor, Sullivan is quick to add that clients like his also have plenty of reason to be bitter.

"The tragedy is that he's already did four years on this," Sullivan says. "I mean, that is disturbing in itself."

Other defendants have lost jobs, driver's licenses, kids and marriages, and many have been deported. And in federal court, many defendants received stiffer sentences, because of prior state convictions based on evidence from Annie Dookhan.

Defense attorneys say it's taking too long to handle these cases individually. They want the state's highest court to order that Dookhan cases should be presumed to be tainted and automatically put on hold.

It may look like defendants are getting a "get out of jail free" card, Sullivan says, but the focus must be on whether they got a fair trial.

"I think we put on blinders when we're doing these cases," Sullivan says. "You try to do the right thing for your client to make sure that they get proper representation. And if that means it gets them off, it gets them off."

With hundreds of former defendants already off and out on city streets, police remain on high alert.

"These people are not first-time offenders or small-time drug dealers," says Boston Police Sgt. James Machado. "I know there will be consequence[s] of this. And unfortunately, innocent people will be killed."

Already, about 20 of those released have been re-arrested for new crimes. Boston police commissioner Edward Davis says Boston hasn't seen the surge in violence that some feared, but he — and his officers — worry it's yet to come.

"They shake their heads. You know, they're disgusted by what's happened," Davis says. "We have to start from zero again."

Davis says he's been sending an officer to meet with each defendant or convict just before release to offer services like job training — and to issue a warning.

"We tell them, 'Listen, we know what you were doing before and we're watching you. And if you go back into the life, that Dookhan's not there anymore. So when you go [back] in on this charge, it's gonna stick,'" Davis says.

Annie Dookhan is currently facing charges of her own: 27 counts of perjury, tampering with evidence and obstructing justice.

At the same time, civil suits are also starting to pile up, as those accused of crimes based on Dookhan's evidence now accuse Dookhan of violating their right to a fair trial.