Accessibility links
In Argentina, The New Pope Has Many Supporters, And A Few Critics Pope Francis is widely revered for his many years of work with the poor. But he has not been immune from criticism in a country that has gone through tumultuous times.

In Argentina, The New Pope Has Many Supporters, And A Few Critics

In Argentina, The New Pope Has Many Supporters, And A Few Critics 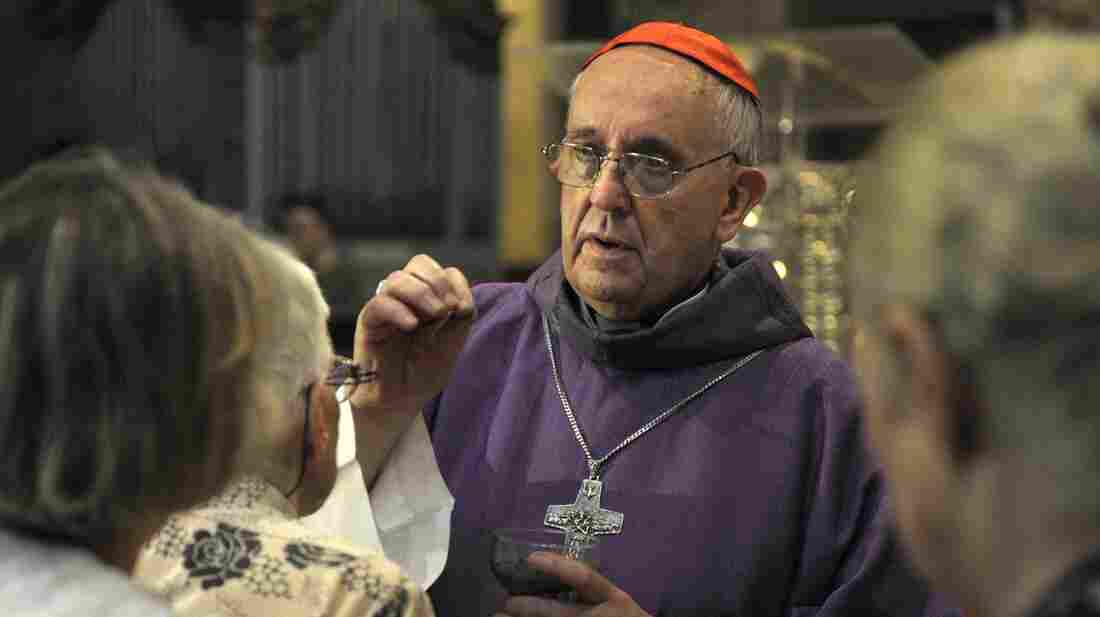 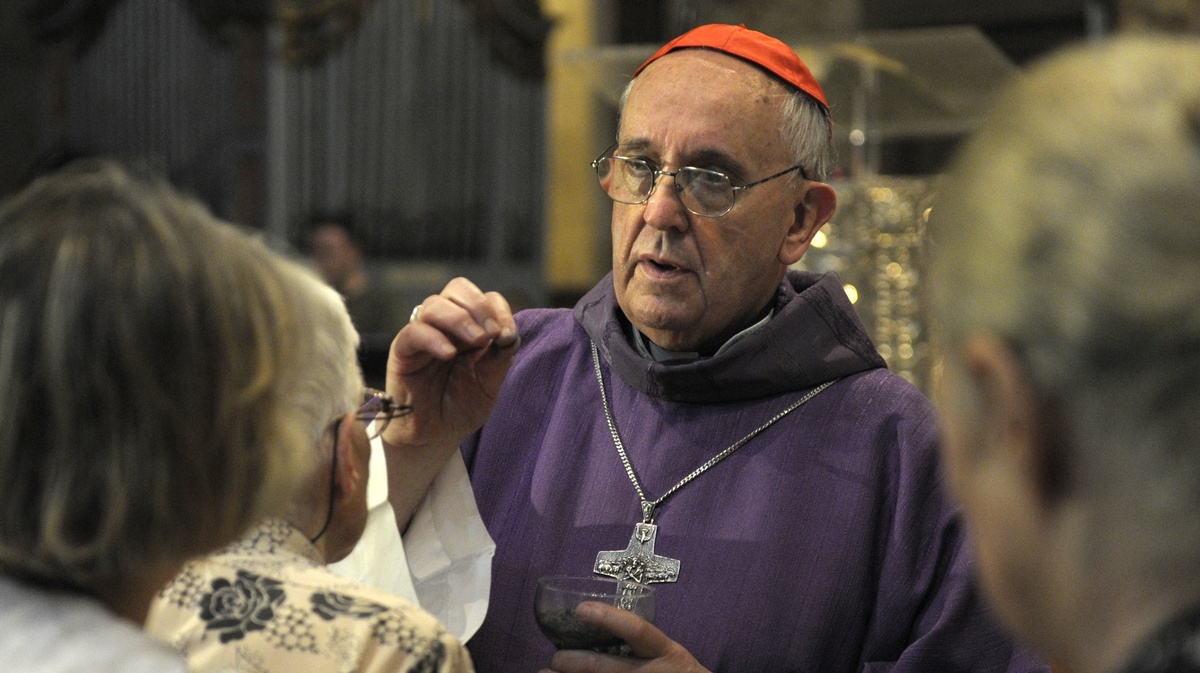 The 266th pope, and the first ever from Latin America, has one lung, rides the subway, reads Dostoevsky and has been described as both a moral compass and a silent accomplice to Argentina's former Dirty War leaders.

Cardinal Jorge Mario Bergoglio, 76, the archbishop of Buenos Aires who took the name Francis, appeals to both the conservative wing of the Roman Catholic Church for his orthodox views on social issues and to more progressive forces for his longstanding advocacy for the poor.

As an Argentine, Bergoglio could help the church win back the faithful in Latin America. The region is home to more than 40 percent of the world's 1.2 billion Catholics, but many people have gravitated toward evangelical Christianity and other faiths.

"Bergoglio is a simple man and humble man," said Bishop Eugenio Lira, secretary-general of the Mexican Episcopal Conference. "He is the first pope from Latin America, which fills us with happiness, emotion and hope."

Many Argentines celebrated. In a speech Wednesday, President Cristina Fernandez de Kirchner, never a big fan of Bergoglio, urged the new pope to try to unite people of different religions. "We wish him all the luck in the world," she said.

There was joy all across the continent.

In Colombia, the Bogota daily El Tiempo printed an extra edition. In Ecuador, President Rafael Correa declared on his Twitter account: "We are living in unprecedented times. Viva Francisco!"

Then there was Venezuela, where interim President Nicolas Maduro suggested — with a straight face — that Hugo Chavez, his predecessor who died last week, may have influenced the decision from the great beyond.

Bergoglio was born on Dec. 17, 1936, in Buenos Aires to Italian immigrants. His father was a railroad worker, and his mother was a homemaker. He lost a lung to an infection when he was in his early 20s, and to this day he speaks in a soft voice.

He initially studied chemical engineering but later entered the Society of Jesus and was ordained in 1969. In the seminary, he taught literature, psychology and philosophy and soon took over as head of the Jesuit order in Argentina.

By the 1980s, many Jesuits were gravitating toward liberation theology, which holds that religious faith is expressed through helping the poor and by working for political and social change. But Bergoglio believed Jesuits should stick to their traditional roles as parish leaders and chaplains and steer clear of community activism.

At the time, Argentina was in the grip of a military dictatorship that carried out a "Dirty War" in which 10,000 to 30,000 Argentines — including a handful of priests — were killed or disappeared. The Catholic Church was widely condemned for supporting the regime, which ruled from 1976 to 1983.

"Even the execution of other men of the cloth did nothing to shake the support [for the dictatorship] of senior clerics, including representatives of the Holy See," Hugh O'Shaughnessy wrote in The Guardian in a column about the Argentine church and the Dirty War.

In fact, an Argentine lawyer in 2005 filed a complaint charging Bergoglio with involvement in the 1976 kidnapping of two liberal Jesuit priests, an episode recounted in the book El Silencio, or "The Silence," by Argentine investigative journalist Horacio Verbitsky.

Bergoglio has long denied any involvement in that case.

After he was appointed archbishop of Buenos Aires in 1998, he did take the symbolic step of insisting that Catholic officials in Argentina wear garments symbolizing penance for sins committed by clergy during the dictatorship.

During Argentina's financial crisis in 2001 and 2002, Bergoglio delivered homilies that denounced the country's corrupt politicians who played a major role in fomenting the economic meltdown. He also mediated talks among politicians, union leaders and citizens groups, helping to keep a lid on violent street protests.

More recently, he has become a fierce advocate for the downtrodden in Latin America — a region with one of the largest gaps between rich and poor — and for the victims of HIV/AIDS.

Argentines are often stereotyped as arrogant, but Bergoglio eschews the perks of his lofty position. He often takes the bus or the subway to work.

"He never dresses like a cardinal," Gregory James Venables, a close friend of Bergoglio's and head of the Anglican Church in southern South America, said in a 2005 interview with this reporter. "It's not to be scruffy. But that's his character. He is very, very, very humble."

Still, Bergoglio's socially conservative side could prevent the Catholic Church from moving away from unpopular positions that have driven many away from the faith. He opposes abortion, same-sex marriage and contraception and has called adoption by gay people a form of discrimination against children.

Unlike John Paul II, who was famous for his globetrotting, Bergoglio is said to dislike travel. And some Argentines complain that his weak voice makes his sermons hard to hear.

John Otis, who is based in Bogota, Colombia, covers Latin America for GlobalPost.