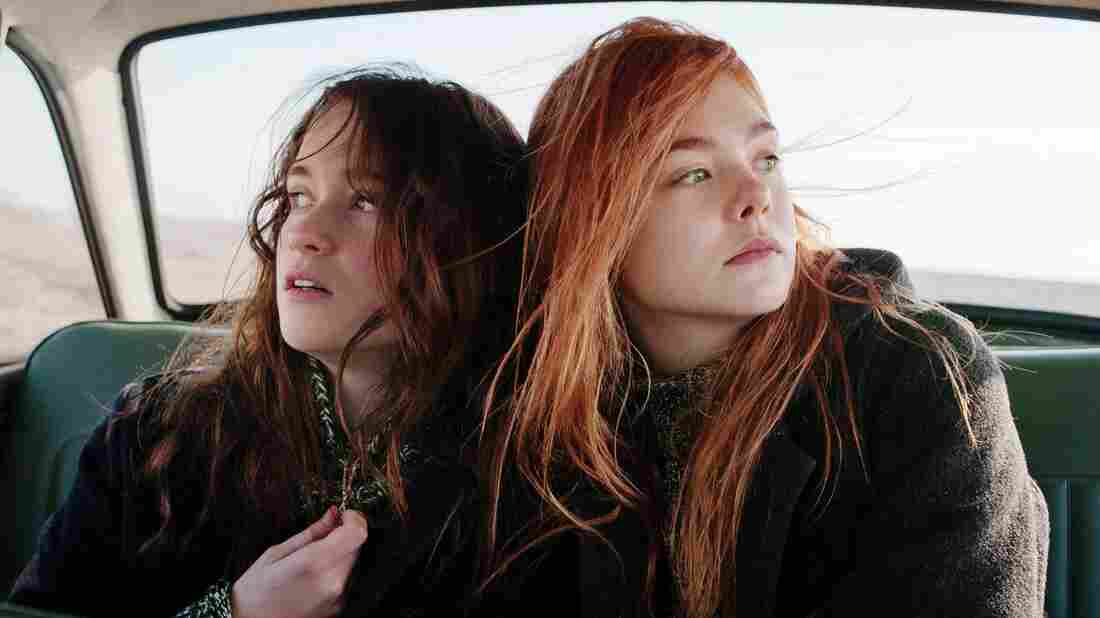 'A Girl's Most Important Possession Is A Bubbly Personality' 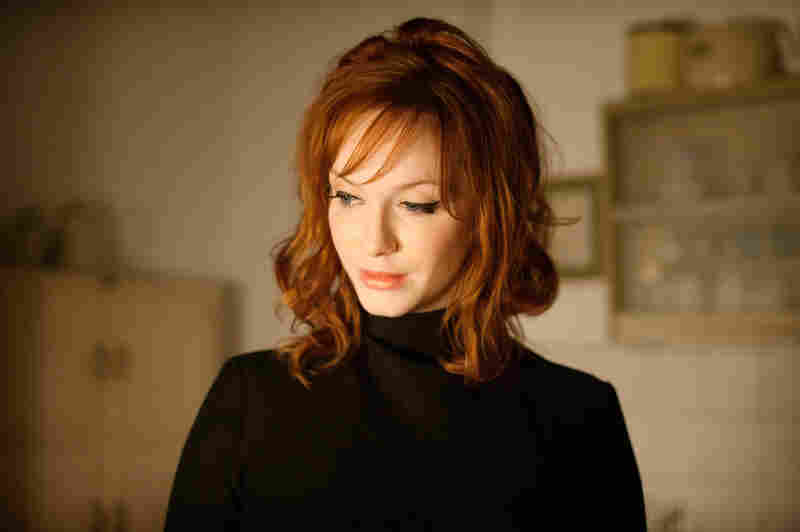 Ginger's artist mother, Natalie (Christina Hendricks), is too focused on her ex-lover to properly parent her angst-ridden teenage daughter. A24 hide caption

Two young actresses with substantial Hollywood pedigrees have the title roles in the new film Ginger & Rosa. Ginger is played by Dakota Fanning's sister, Elle, who at 14 already has more than 30 movie credits. Rosa is played by Alice Englert, daughter of Oscar-winning writer-director Jane Campion and star of last month's Beautiful Creatures. Both actresses get a chance to stretch in Ginger & Rosa.

Ella Taylor: 'Whatever Happened To The Real Gingers And Rosas?'

The film starts with an atomic blast — Hiroshima in 1945 — accompanied by shrieks half a world away as two women in a British maternity ward give birth. Their little girls, Ginger and Rosa, will be inseparable by the time we catch up with them a decade and a half later: young teens in a London that has yet to discover the Beatles — ironing each other's hair, dissolving in giggles while practicing how to kiss, and playing patty-cake like the children they still are ... just barely. Children who are starting to register the larger world around them, and fretting at the beach about Cold War nuclear-risk reports they're hearing on the radio.

But although these two are close, they're beginning to grow apart. Fanning's flame-haired Ginger is following the lead of her activist father. Englert's darker Rosa is following her instincts — especially when it comes to guys.

The hormones driving these two and the tumult driving '60s social change are somehow exactly in sync in director Sally Potter's telling. When Cold War constraints meet the sexual revolution, the constraints haven't got a chance — a fact that will come to separate these girls from each other, and also from their parents.

Mothers left behind in kitchens as traditions change, fathers who betray families either with a wandering eye or simply by wandering off. Small wonder Ginger and Rosa seek comfort where they can — Rosa in the arms of an inappropriate partner, Ginger with political allies who know her grief is personal, even though she's expressing it in broader terms.

The director has steeped the film in '60s jazz, shot it through with earthy color, and filled it with ideas that are just out of its heroines' reach — the realization, say, that there can be a distance between goodness and good thoughts, passions and passionate beliefs.

A hard lesson to learn, and equally hard to dramatize — but Potter manages in Ginger & Rosa, an intriguingly complex portrait of both of its characters and of the time of flux they live in.