Accessibility links
Three New Films Examine What It Means When Girls Act Out Harmony Korine's Spring Breakers, Sally Potter's Ginger & Rosa and Cristian Mungiu's Beyond the Hills are wildly different films, yet they share a common impulse: to demonstrate indelibly how for girls, behaving outrageously is still a political act. 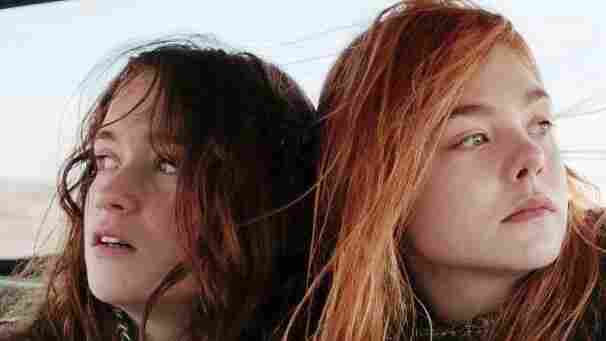 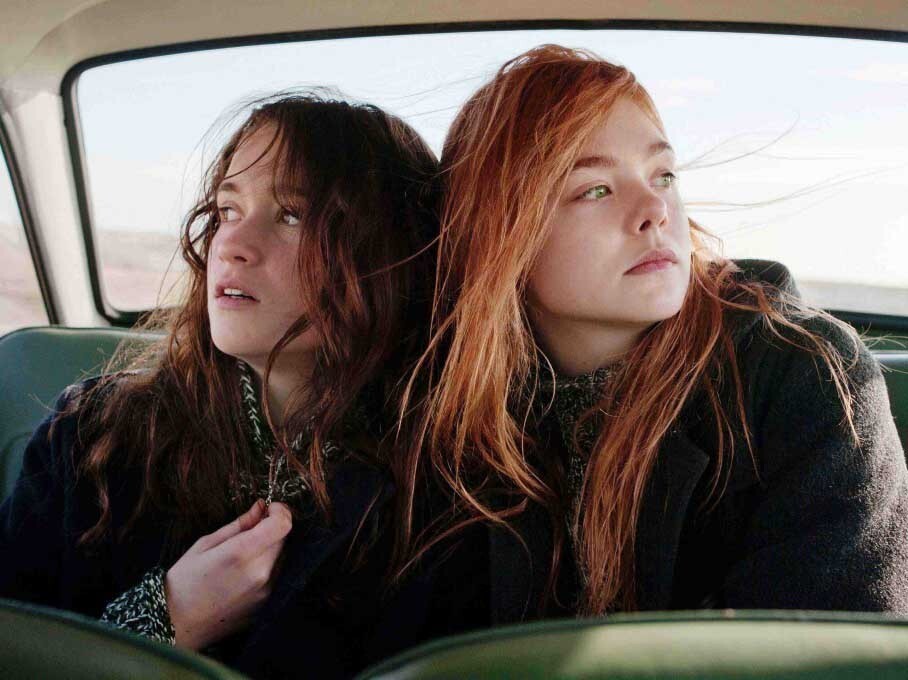 Ginger & Rosa (starring Alice Englert and Elle Fanning) was directed by Sally Potter, who is perhaps best known for her 1992 film Orlando.

In the '60s, some fervent rock groupies formed a band called the GTOs — short for "Girls Together Outrageously" — and while it didn't last, the name captures the impulse behind stories in which women chafe against the male-centric society that pulls their strings. This week you can see a girls-together-outrageously triple bill: Spring Breakers, Ginger & Rosa and Beyond the Hills.

The most obviously outrageous is Harmony Korine's Spring Breakers, an R-rated beach-party picture with three starlets from the Disney megaverse: Vanessa Hudgens, Ashley Benson and Selena Gomez — plus Korine's wife, Rachel. They're college girls who long to be liberated from school — to head to Florida, have sex and do drugs.

They rob a diner, jump on a bus and, after assorted sordid escapades, end up in the clutches of James Franco as a silver-toothed drug dealer — who exploits them until he recognizes in them a subversiveness similar to his own.

Korine is an art-house darling and doubtless thinks he's parodying girls-gone-wild pictures while delivering one that's like Where the Boys Are on acid. It's among the skeeviest films I've ever seen: The camera glides up, down and around these women's bodies like a giant tongue.

Hudgens, Benson and Gomez are good actresses and manage to convey genuine emotion — especially Gomez as the hitherto obedient Catholic girl. But what's clearly their attempt to free themselves from the shackles of corporate teen celebrity backfires. Korine exploits them more than their Disney overlords ever did.

Sally Potter's Ginger & Rosa is an arty feminist answer to Spring Breakers, insofar as it shows how counterculture males preaching liberation from patriarchal strictures still take advantage of young girls. The film is a mite heavy-handed, opening with the A-bomb blast at Hiroshima, while its bulk takes place during the 1962 Cuban missile crisis.

Ginger's central bond isn't with her mother but with her intimate friend, Rosa, played by Alice Englert. They soak together in a tub — they're actually shrinking their blue jeans — and read magazines. Ginger is the existentialist and activist, while Rosa follows the dictates of men and believes in obedience to God.

The friendship is already splintering when Rosa gravitates to Ginger's dad, who takes up with her with enthusiasm. "This is the way the world ends," reads Ginger out loud in bed while her father and her friend make love next door.

"Not with a bang but a ... " — and here Rosa whimpers. So Ginger's fear of global annihilation becomes tangled up in grief at the loss of her best friend.

I don't like Potter's self-consciously claustrophobic framing, but Fanning is stunning. Under flaming red hair, she has porcelain skin and soft, sensual eyes. She makes a transfixing portrait of girlish alienation.

Read More On 'Ginger & Rosa' And 'Beyond The Hills'

Beyond the Hills is from Romanian director Cristian Mungiu, who made the creepy-crawly and enraging abortion drama 4 Months, 3 Weeks and 2 Days. This is his creepy-crawly, enraging exorcism drama.

Like Ginger & Rosa, it centers on two friends: Alina, played by Cristina Flutur, is a damaged free spirit; Voichita, played by Cosmina Stratan, a novice Orthodox nun. They had an emotional and probably a sexual connection growing up in an orphanage, but Voichita is now under the rule of a priest called "Papa" — and the more Voichita refuses her friend's entreaties to run away, the more distraught Alina, who's visiting the convent, becomes. Finally Papa and the nuns tie her down, starve her and try to exorcise her so-called "demon."

Mungiu based Beyond the Hills on a true story, though he soft-pedals the degree of sexual abuse the girl based on Alina suffered in the orphanage. But there's no ambiguity: The more she acts out, the more outraged Papa becomes. It's a long and grueling film with a haunting wide-screen palette, stark and oppressive but teeming with veiled women who come and go like puppets.

These are wildly different films, yet they share a common impulse: to demonstrate indelibly how for girls, behaving outrageously is still a political act.