Accessibility links
50 Years After Key Case, Problems Defending The Poor Persist Next week marks the anniversary of a landmark Supreme Court decision that says defendants facing substantial jail time deserve legal representation in state courts, even if they can't afford it. Now, many lawyers say the system for providing defense attorneys for the poor is in crisis. 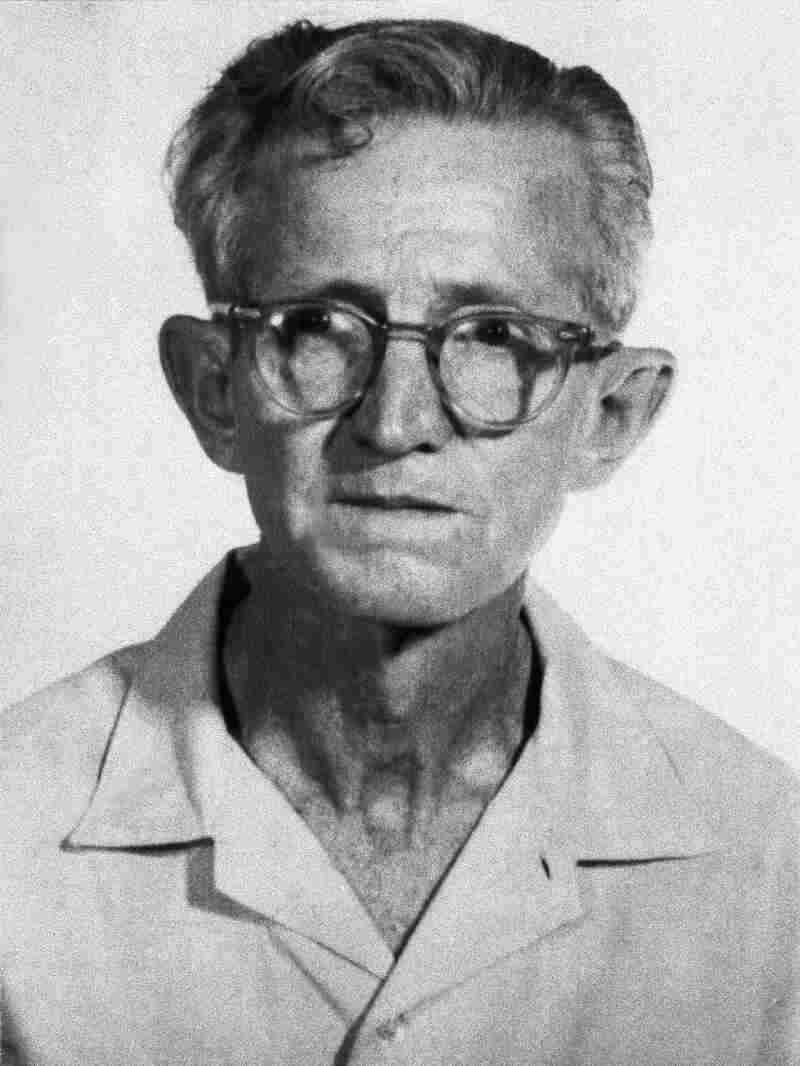 Clarence Earl Gideon's appeal to the U.S. Supreme Court led to a decision that became a rallying cry for the idea of equal justice. Bettmann/Corbis/AP hide caption 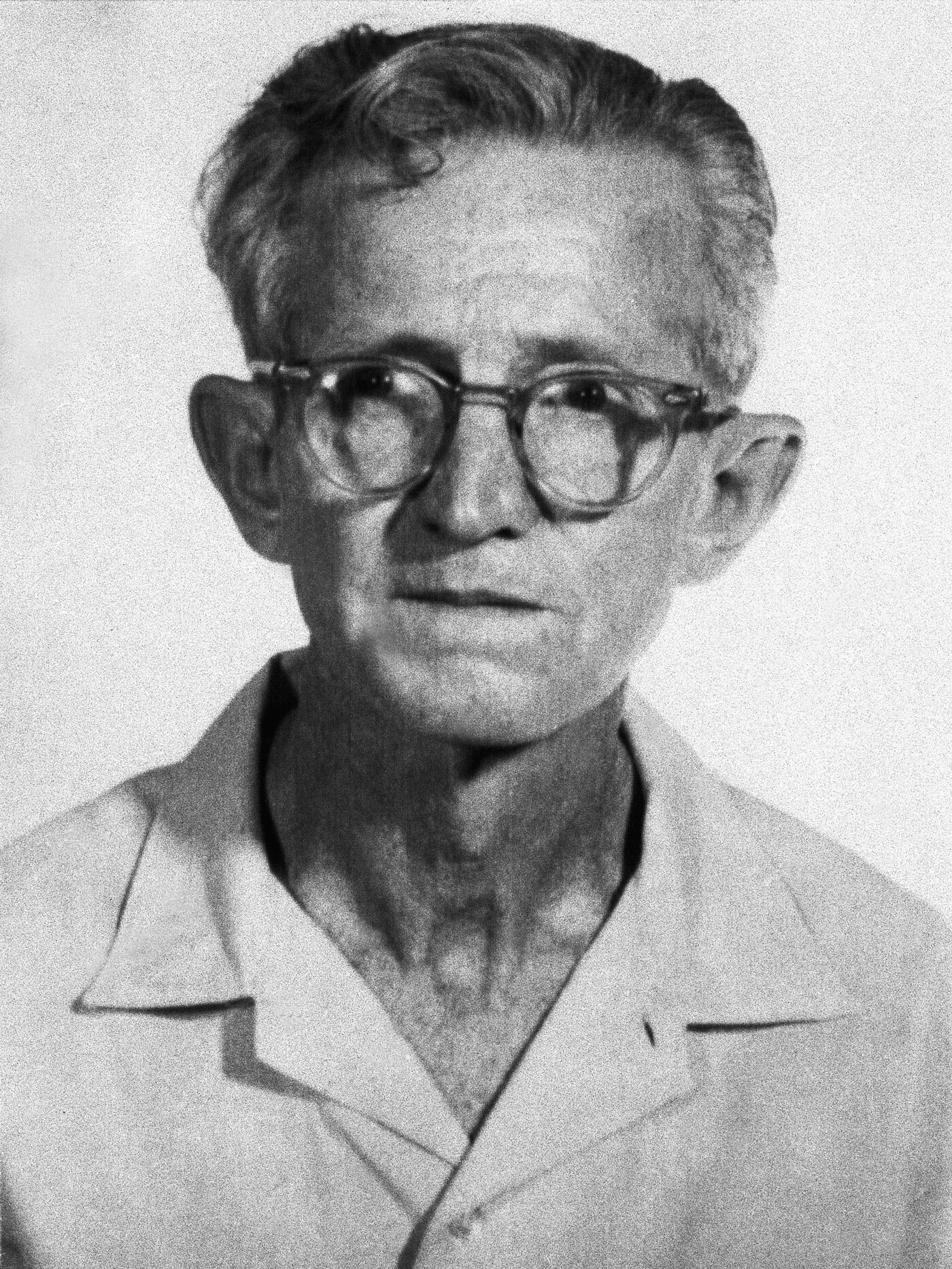 Clarence Earl Gideon's appeal to the U.S. Supreme Court led to a decision that became a rallying cry for the idea of equal justice.

Next week marks the 50th anniversary of the landmark Supreme Court decision in which the justices unanimously ruled that defendants facing substantial jail time deserved legal representation in state courts, even if they couldn't afford to pay for it.

The ruling came in the case of Clarence Earl Gideon, a drifter convicted of breaking and entering after he was forced to defend himself. His handwritten appeal made it to the high court, and the decision in his favor became a rallying cry for the idea of equal justice.

But a half-century after Gideon v. Wainwright, many lawyers say the system for providing defense attorneys for the poor is in crisis.

One of those lawyers is Norman Lefstein, who started working for poor criminal defendants in Washington, D.C., a few months after the Gideon ruling on March 18, 1963.

"It is a vital constitutional right," Lefstein says. "It distinguishes us as a country. I happen to believe that the quality of justice in our courts says a lot about the kind of society we are."

Lefstein devoted his career to the idea that people facing jail or prison time need lawyers. But he's troubled by what he sees and hears today, like a call he got from a defense lawyer for poor people in a Northeastern state.

"In my judgment, his caseload was absurd," says Lefstein, who's written widely on indigent defense issues. "I mean, just try to imagine simultaneously representing competently over 300 clients. And he was in an impossible situation."

Those caseloads can have some pretty bad consequences, says University of Georgia law professor Erica Hashimoto.

"There are a lot of stories of what are called meet 'em and plead 'em lawyers — lawyers who show up at the courthouse and represent the defendant for about five minutes, where they tell the client, 'You have to plead guilty,' " Hashimoto says.

Before Hashimoto became a law professor, she was a federal public defender. Those programs — designed for the federal courts and paid for with federal money — generally work much better than the patchwork of state defense systems. But now, with across-the-board federal budget cuts and a $38 million shortfall, even those federal public defenders are taking a beating. Some are facing furloughs of up to a month or more.

Would It Happen Today?

Scott Burns, who speaks for thousands of prosecutors at the National District Attorneys Association, says the situation is not as bad as defense lawyers make it seem.

"I think it's a case to celebrate," Burns says. "I too have heard, you know, the defense bar and others hanging black crepe over this and trying to use it for purposes of saying we have a long way to go. But you know, Gideon in 1962 was denied counsel by a judge in a felony case and was sentenced to five years in prison. That would not happen today."

Hashimoto, who studies state defense systems, says she's not so sure. When the Supreme Court ruled for Gideon, it didn't say anything about who would pay for lawyers for the poor, and those programs usually rest at the top of the chopping block for state lawmakers during times of belt-tightening.

Nobody collects that information, so, Hashimoto says, nobody can say whether thousands of defendants are getting their rights under Gideon.

"If a criminal defendant does not have a lawyer, every single other right guaranteed by the Constitution is at risk of being violated," she adds.

News reports confirm evidence is piling up that the criminal justice system can make tragic mistakes. More than 300 people in the U.S. have been exonerated after their convictions because of DNA analysis.

Lawyers for the poor say something needs to change. And in central Texas this year, they're trying a new experiment. It would let poor defendants choose from a slate of lawyers paid for by the government. Jim Bethke, who leads that state's indigent defense commission, talked about the idea at the Heritage Foundation in Washington this week.

"Allow the person who has the most at stake to go ahead and choose his or her lawyer," Bethke says. "Let's see if the free market can help improve the delivery of indigent defense services."

It could take some time to figure out whether that experiment works.

In the meantime, lawyers say, something needs to be done to help balance those scales of justice.