Accessibility links
From Police Chief To Political Office, Jobs Are For Sale In China China's new president has vowed to crack down on corruption. One widespread practice involves paying bribes to get high-level positions in politics or the bureaucracy. 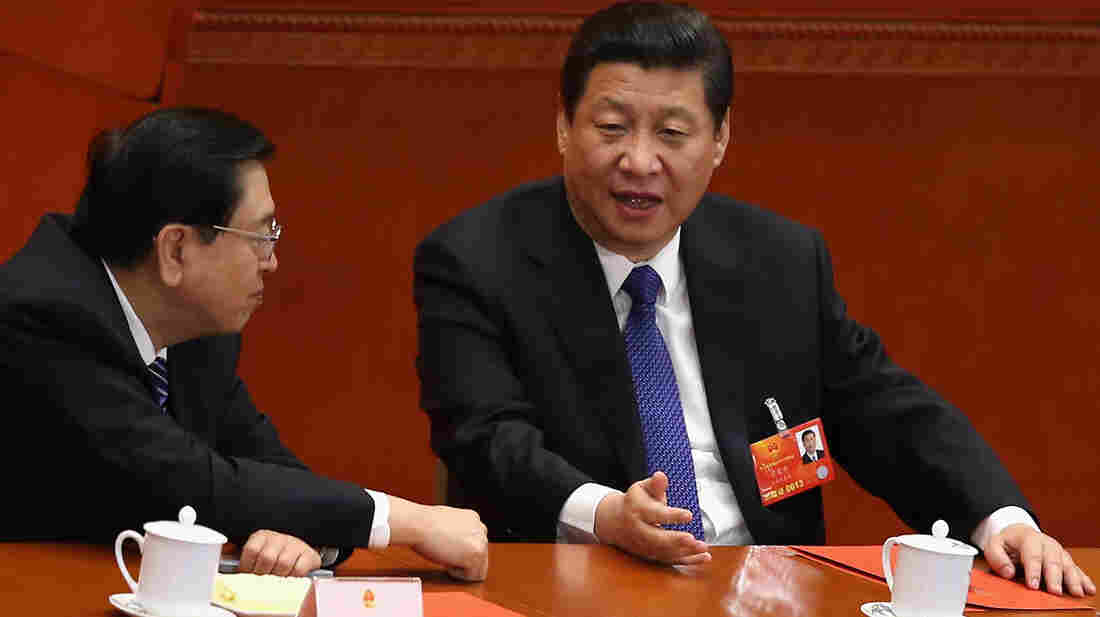 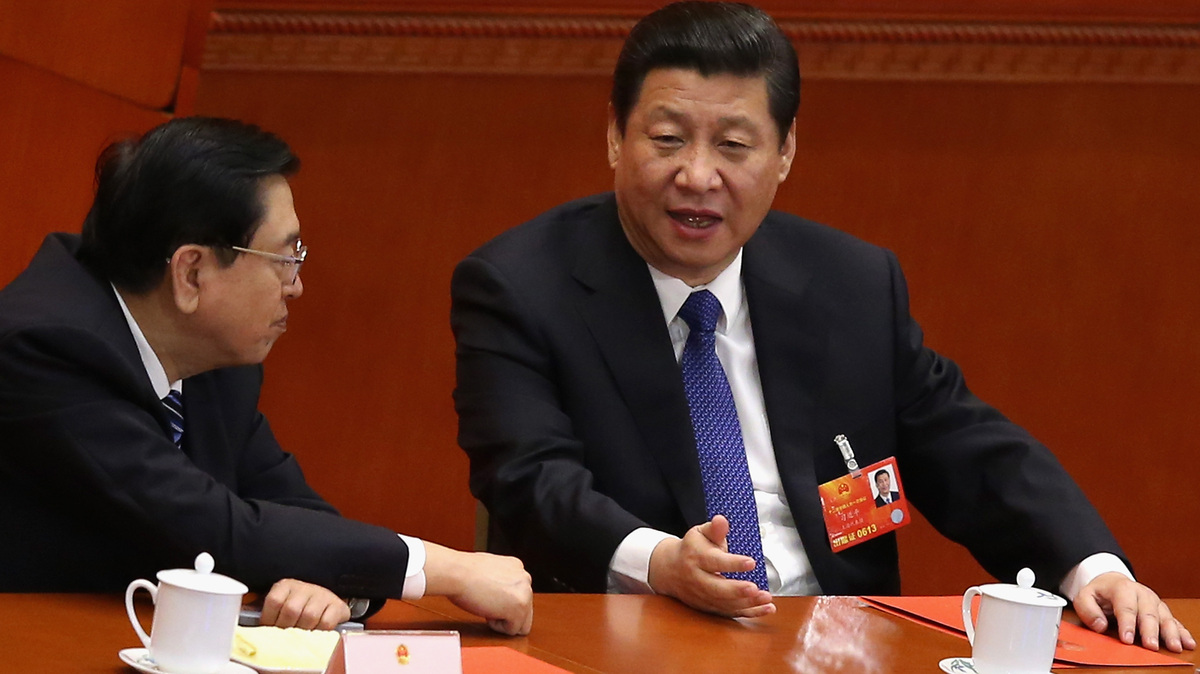 China's new president, Xi Jinping, who was formally elected Thursday, is already engaged in his own anti-corruption campaign, threatening to go after the key players — the tigers as well as the flies.

Confronting the issue is a matter of political self-interest and survival for China's new leaders. The problem is how to root out corrupt officials when so many are quite literally invested in the system.

Consider the case of Huang Yubiao, a Chinese real estate millionaire with a charitable streak. He was seen on local television promising poverty-stricken villagers, "I'll give you whatever you need."

But his failed attempt to buy a seat on the Hunan Province People's Congress turned him into a whistle-blower. Online, he went public, admitting that he'd given out approximately $50,000 worth of bribes to about 320 members of the Shaoyang City People's Congress in his bid to become a provincial delegate.

"Everyone was doing it," he told NPR in a telephone interview. "My bribes were the lowest, so I wasn't elected. They asked me to add money, but I didn't. They told me I couldn't be elected as I only paid $160 a head. It needed to be higher, maybe even triple that."

He even accused an official, the Shaoyang Congress standing committee's deputy head, of encouraging him to bribe. He told Xinhua news agency that he'd originally intended to give money to all 470 electors, but stopped handing out the bribes when he realized how "meaningless" the process was. He failed to get elected by 26 votes. Now, a corruption investigation is under way.

Political patronage and the use of familial connections are deeply ingrained in the Chinese Communist Party's hierarchy, where job-buying comes in many forms, both overt and hidden.

"Everything's for sale," says historian Zhang Lifan, noting that China has a 2,000-year history of buying and selling posts in the bureaucracy. "Some people don't even use cash. I know that people who want to be legislators can just give an antique or a voucher to whoever is in charge, or even help their family members to go overseas to study. There are all kinds of transactions."

Anti-corruption experts agree that being a People's Congress member, while good for the reputation, lacks profitable money-making opportunities, such as the power to approve land deals or dismiss police cases.

China's Citizens Hide As Much As $2.34 Trillion In Income, Researcher Says

"Being a congress member isn't the main aim when it comes to buying jobs," says Ren Jianming, who has studied ways to tackle corruption for the past decade. "It tends to happen most in posts that are high value, like party secretary, city mayor or police chief. They carry many benefits."

It's impossible to measure the prevalence of job-buying, though past cases indicate that in some places a pyramid of graft has infected the bureaucracy from top to bottom. In a high-profile case in 2005, 260 officials were believed to have been implicated over almost a decade.

As China's new leadership takes power, personnel changes are happening at every level of the system, opening up extra opportunities for post-buying. The party's central organization commission introduced new policies to combat this phenomenon in 2010, when headed by Li Yuanchao, China's new vice president.

Li then pledged, "We want those who sell offices to be utterly discredited, and those who buy offices to suffer a double loss," according to The Associated Press.

One case that recently made headlines was the former Shanxi Province Deputy Party Secretary Hou Wujie, who's been nicknamed "the secretary for official-buying."

The very day he was dismissed from his post for corruption, he promoted more than 100 officials, according to Chinese state-run press reports. He was sentenced to 11 years in jail, but Chinese Internet users were outraged after he was released from prison after serving just five years.

Everyone Knows, Even 6-Year-Olds

Netizens have even posted information listing how much it cost to buy certain posts in one city, Chenzhou. In 2006, $300,000 could get you county party secretary; for $250,000, you could be county police chief.

Anti-corruption expert Ren believes the figures to be reliable, but says it would cost more today. Anecdotal evidence indicates that the security of a job with a state-affiliated institution means there's a price for lower-level jobs, too. A doctor's job in a northeastern hospital goes for around $30,000, while even a staff job on the subway can be bought.

"It's not just corruption of the bureaucracy, there's corruption in every field," Ren says. "In medicine, there are kickbacks and packets of money passing from patients to doctors. Even in education, parents know how to cement relationships with teachers by giving gifts. These things pollute kids when they're very young."

Poignant proof of it is in a video shot by the Southern Metropolis Daily newspaper. Six-year-olds are asked what they'd like to be when they grow up. The kids run through the normal gamut of pilots, firefighters and artists.

Then one small boy confidently says, "I want to be an official."

"What sort of official?" he's asked.

"A corrupt official," replies the little boy, "because they have lots of things."

One of China's most famous playwrights, Sha Yexin, has written a series of articles about the art of corruption. Now he warns the system is in danger.

"If it continues like this," he says, "if China doesn't carry out political reforms, or constitutionalism, then it's not far from collapse."