Accessibility links
Interview: Joyce Carol Oates, Author Of 'The Accursed' In Joyce Carol Oates' latest novel, apparitions haunt the streets of sleepy 1905 Princeton, N.J. Oates says she wanted to explore the hypocrisy of wealthy white America in that era with her portrayal of a town where the denial of social and racial injustice produces monsters. 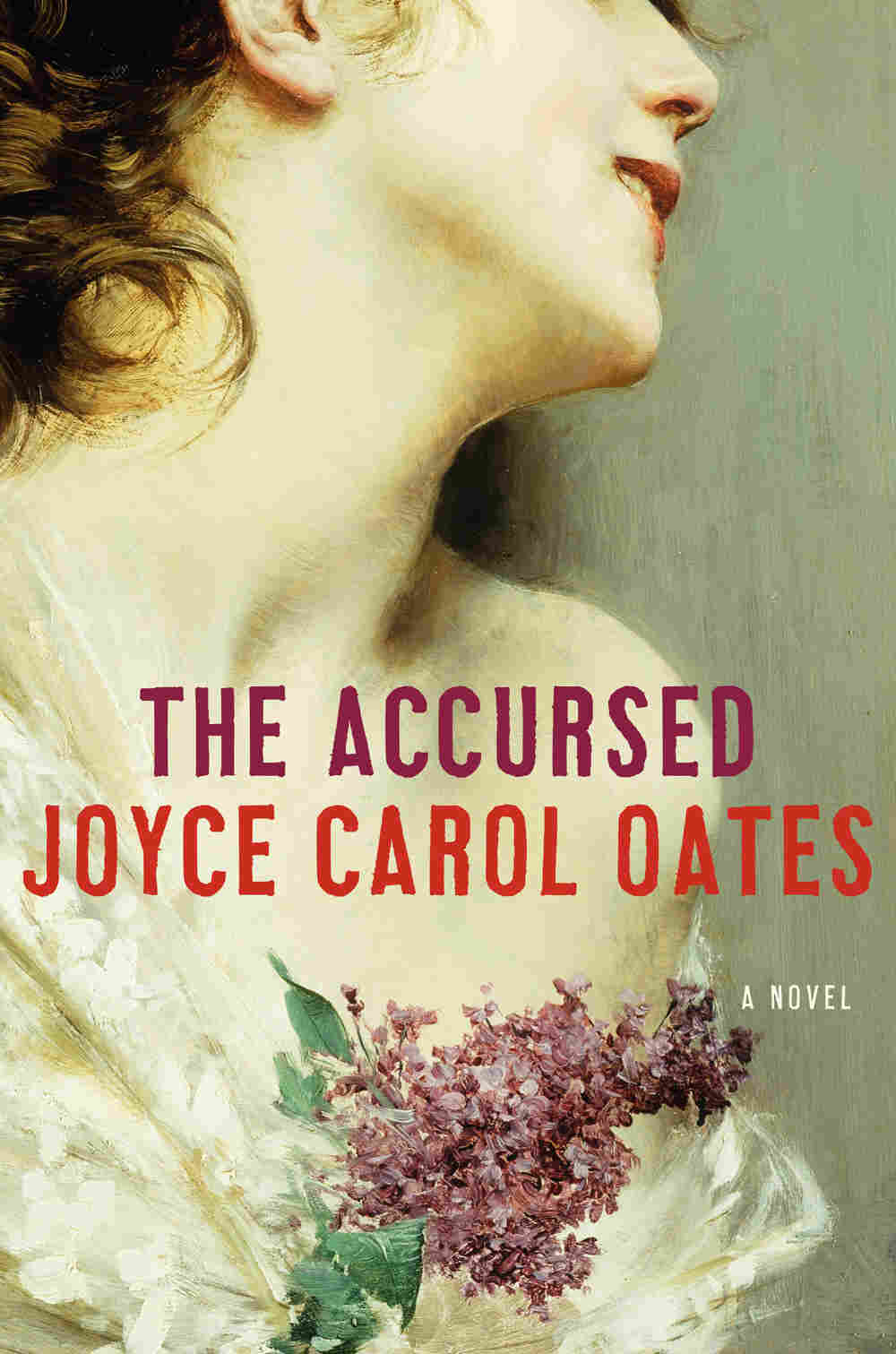 Something suspicious is going on in Princeton, N.J., in the otherwise sleepy year of 1905. Children turn into stone. Spouses disappear into horse-drawn carriages. Snakes squirm up and down walls. Is it some kind of curse? What could the good people of Princeton have possibly done to bring a curse on themselves?

Joyce Carol Oates takes this question for her new novel, The Accursed, in which character meets karma. It's her latest in a string of more than 50 (there's really no room here to list them all!). The book opens with a scene in which Woodrow Wilson, then the president of Princeton University, refuses to speak out against a local lynching.

Oates tells NPR's Scott Simon that the scene is a metaphorical dramatization of many things that were happening at the time. "The indifference and unconscionable blindness of the white ruling class, the so-called 'good Christians' of the era, and people like Woodrow Wilson particularly, toward the plight of African-Americans who were the object of racial violence is basically the subject of the novel."

Wilson is one of a parade of historical figures who appear in The Accursed — Theodore Roosevelt, Jack London and Mark Twain also appear — and Oates says the standard view of Wilson as a high-minded internationalist and scholar is incomplete.

Joyce Carol Oates: Love And Loss in 'The Falls'

Beyond The 'Blonde': A Look At Marilyn's Inner Life

"I'm looking at something different, I'm looking at the failure to respond to these pressing issues of social injustice," she says. Wilson, born in segregated Virginia, retained a more Southern attitude toward race relations as an adult. "And also, his attitudes toward women. He was always very jocular and negative about women's suffrage ... and people asked him, 'Well, why do you feel that way?' And he said, 'I have no reason.' "

In Woodrow Wilson's tranquil and upscale Princeton, that denial of social injustice results in what Oates calls "incursions from the unconscious, or incursions from, let's say, the other side. That which is denied is emerging. So I thought of this in terms of vampires and demons, and these forces from the unconscious, so to speak, erupting in this placid community," where people are seeing hallucinations — or are the visions real? "In Gothic fiction," Oates adds, "the border between reality and surrealism is quite porous, as in our own dreams."

The Accursed is full of conscientious people who can't seem to find their own consciences. "It's the sort of inextricable presence of evil in good people," Oates says, "which they don't acknowledge and which they try to hide." But there was one moral leader at the time, she adds, and it was Mark Twain. "But he's a minor character in the novel, and I've written about him elsewhere ... there were people who spoke out about lynchings and racism, there just were not very many. And there were people who spoke out in favor of women's rights, just not very many."

The diverse Princeton of today is nothing like the turn-of-the-20th-century town Oates is writing about, she says. "We're in a completely new era, we have a wonderful woman president named Shirley Tilghman, which, in the time of Woodrow Wilson, that would have been so extraordinary — I think Woodrow Wilson would have fainted!"

Read an excerpt of The Accursed