Accessibility links
Duane Allman: Guitar Playing That 'Gets Inside Of You' Although he died at the young age of 24, Allman produced a legendary breadth of work. A new box set compiled by his daughter chronicles his career. 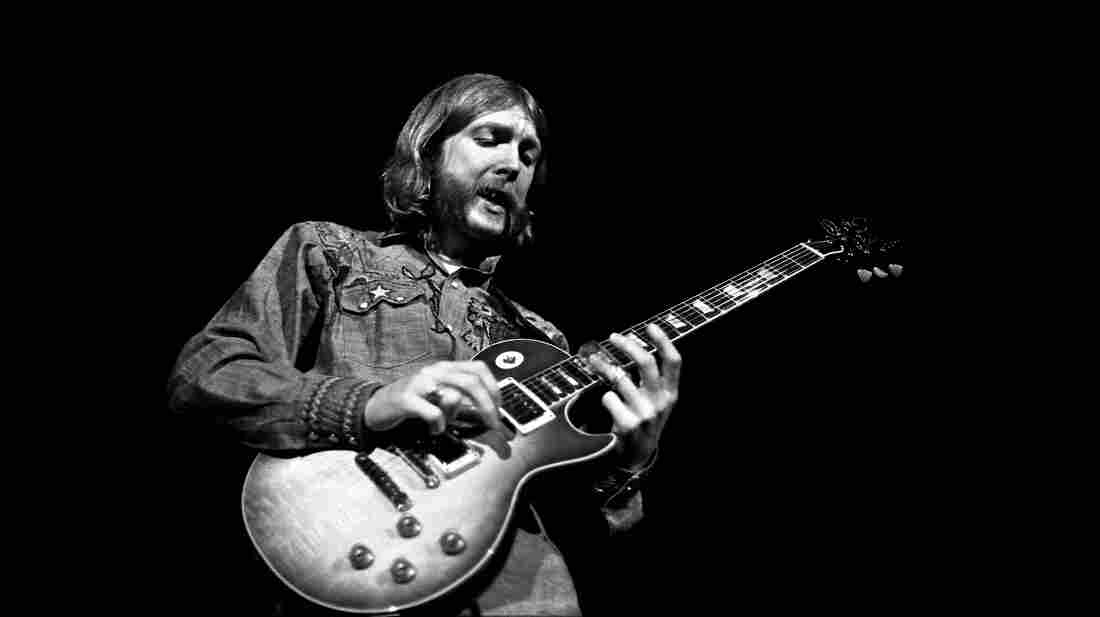 Duane Allman of The Allman Brothers Band lived to play music. A new box set, Skydog, collects the legendary body of work he produced before his death in 1971. John Gellman/Courtesy of the artist hide caption 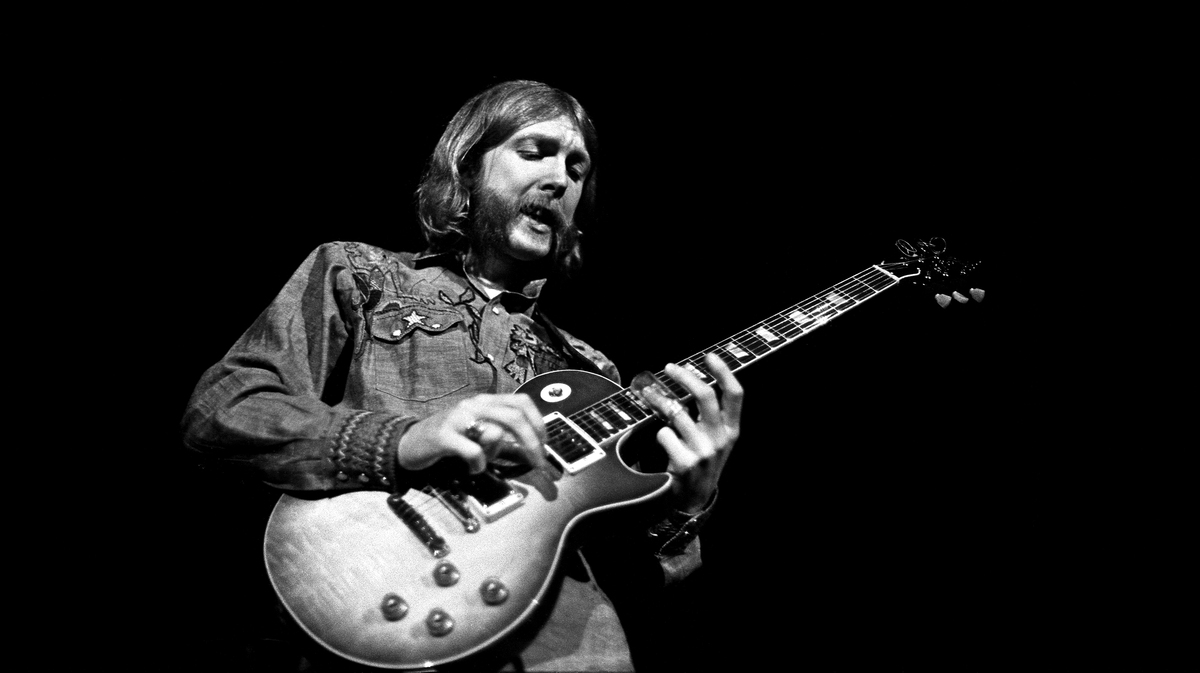 Duane Allman of The Allman Brothers Band lived to play music. A new box set, Skydog, collects the legendary body of work he produced before his death in 1971.

John Gellman/Courtesy of the artist

The Allman Brothers Band produced the sound at the heart of Southern rock. At Fillmore East, the live double album that launched Duane and Gregg Allman into the rock stratosphere, was recorded 42 years ago this month. But on Oct. 29, 1971, just days after the record was certified gold, 24-year-old Duane was killed in a motorcycle accident. He left behind a wife and a 2-year-old daughter, Galadrielle.

Now, Galadrielle Allman has helped produce a compendium of her father's work. Skydog, titled after his nickname, is a seven-CD box set tracing his slide guitar virtuosity from his earliest days to his last.

"He's unique, you know. He's a slide player who took it into a rock venue, which really hadn't happened before," she says. "He really had a special touch with that and I think people really respond to that sound. It's got sort of a vocal quality — it almost sounds like a horn. And I think it conveys emotion particularly well. ... It just kind of gets inside of you."

Here, Galadrielle Allman speaks with NPR's Scott Simon about the role that music played in her father's life — and her own.

On learning about her father growing up

"I think the music has always been my primary source for knowing about him. I always was taken to see the bands play and of course had relationships with my Uncle Gregg and my grandmother. But in terms of really knowing him — what he was like as a person, or his personality — you know, his stature kind of eclipses that. So his music is really the most personal way to sort of know what his values were and what he loved to do."

On the famous opening riff of "Layla"

"What can you say about that one? He walked in the door with that one in his mind. I don't know where it came from. I think that song had a really different energy. ... He was on the road with The Allman Brothers and he knew Eric Clapton was recording in town and asked if he could meet him. And they really had a truly intense relationship with their guitars. I don't even think they spent that much time talking it through or anything; I think they could just communicate with each other. The story my mom loves to tell about that song is that when I was 3 and the album came out, when she played it for the first time sitting around with friends, as soon as it started, I started dancing and I danced for the whole song. And it's a long song."