Accessibility links
Arhoolie Records: 50 Years Of Digging For Down-Home Music Founded by Chris Strachwitz, the California label has been recording and distributing hard-to-find blues, Cajun and Mexican-American music since the early 1960s. 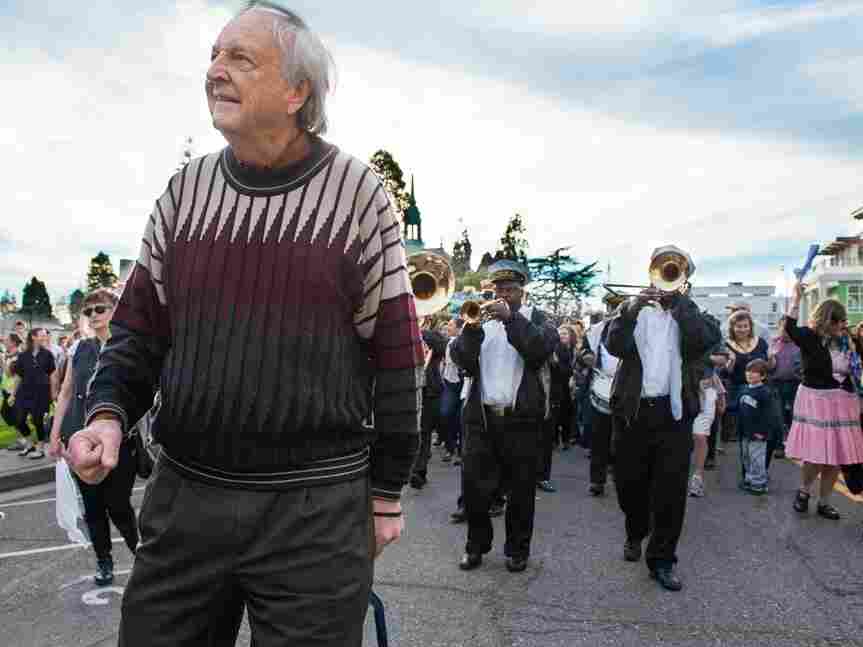 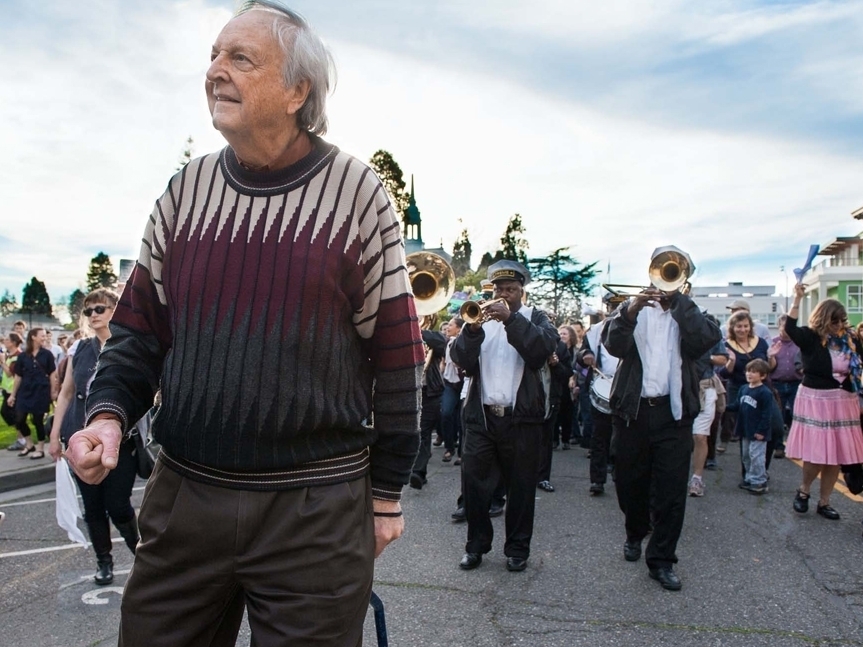 Chris Strachwitz leads the Treme Brass Band parade through the streets of Berkeley, Calif., in 2011, in honor of Arhoolie Records' 50th anniversary.

For the past 37 years, Down Home Music Store has sat on a lonely block in El Cerrito, Calif. For all that time, Chris Strachwitz has stocked the store with a treasure trove of American roots music. He produced many of the records filling Down Home's bins.

"As they walked out he asked me, 'Chris, what do I owe you for the tape you just made?' " Strachwitz says. "I said, 'Well, you don't owe me nothing, but can I be the publisher?' And he said OK. And then, all of a sudden, he went to Woodstock and sang that song out there. And it got on that record, and it got into the movie, and the first check we got was for $70,000."

But the truth is, Strachwitz hasn't made a whole lot more money from the music he has devoted his life to. He got into American roots music in high school after his family immigrated to the U.S. from postwar Germany in 1947. He was 16 and didn't really dig American pop.

"I was subjected to what my classmates were listening to," he says. "All this sappy, 'How Much Is That Doggie in the Window' barf, barf."

But he did discover some small local radio stations that played blues, New Orleans jazz and what was called "hillbilly music."

"I felt it all had this kind of earthiness to it that I didn't hear in any other kind of music. They sang about how lonesome you are, and how you miss your girlfriend and all this other thing," Strachwitz says. "Those songs really spoke to me."

Strachwitz decided he wanted to record some of this music himself. In 1960, he set off for East Texas. He'd heard a song about "Tom Moore's farm," and he found it — and Moore himself — in Navasota. He asked Moore who played for his workers.

"Tom Moore said, 'Well, there's this fellow they seem to like here in town; he plays for them. I don't know his name. You can go to the railroad station and ask for Peg Leg.' Well, it wasn't hard to find Peg Leg, and that's how we found out his name was Mance Lipscomb," he says.

Strachwitz found Lipscomb and founded Arhoolie Records to release a recording he made. The album became a hit in folk circles, and Lipscomb became a regular at festivals all over the country. Guitarist Ry Cooder first heard Lipscomb on an Arhoolie disc he found in a shop near his boyhood home in Los Angeles. He still remembers another Arhoolie record he found there, Mississippi's Big Joe Williams and His Nine-String Guitar.

"It just jumped out of the speaker on this little school record player," Cooder says. After listening to the record he decided "once and for all" to become a musician. "I'm gonna do this, too. I'm gonna get good on guitar, and I'm gonna play it like that, and I'm gonna make records, and that's what I'm gonna do with my life."

Cooder became a star in his own right, and Strachwitz continued to sleuth for music in Louisiana and Texas. 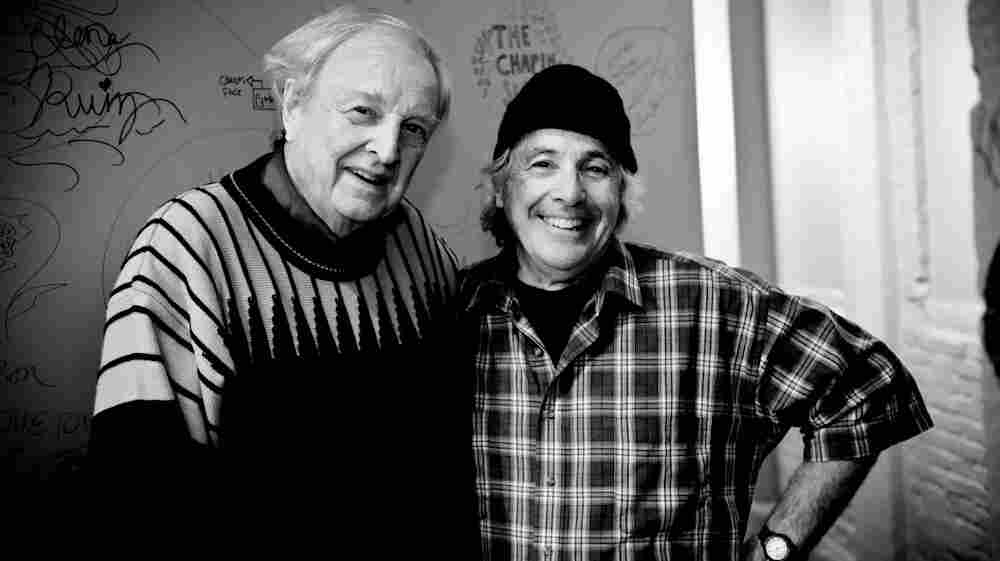 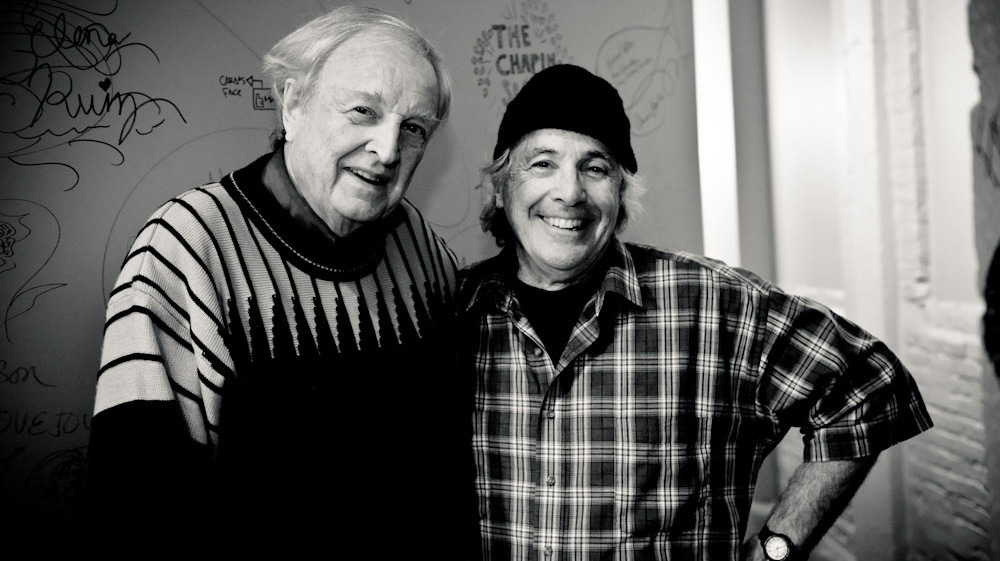 In the 1970s, Strachwitz began to record Mexican-American musicians — and that drew the attention of academics at UCLA. The school created the Strachwitz Frontera Collection of Mexican and Mexican American Recordings. The Grammy-winning band Los Tigres del Norte donated $250,000 to support the collection. On tour in El Paso, Texas, lead singer Jorge Hernandez says the archive is an important cultural document.

"It will help a lot to have real live people say the truth and say exactly how they live, how they survive, how they got here," Hernandez says. "I think it's very important to have this music alive and to have the history of the people."

Guitarist and singer Taj Mahal is also a fan — especially because Strachwitz has stuck with his musicians even when there was no money to be made.

"He's never abandoned the music," Mahal says. "For that, I mean ... he gets my praises for eternity."

Mahal recently sang Strachwitz's praises at the 50th anniversary celebration of Arhoolie records in Berkeley. It helped raise money for a foundation that Strachwitz started to archive his entire collection, and a CD and essay collection document the event.

The 81-year-old Strachwitz says he's amazed at the influence his hobby has had.

"I never recorded things I don't like," hesays. "I just loved to make records and did all that. But to see all of this being rewarded by people is really quite extraordinary."