Accessibility links
Female Soldiers Face Tough Switch From Front Lines To Homefront For many female veterans of combat in Iraq and Afghanistan, new battles await when they return home. They need help, just like men — with jobs, PTSD and reconnecting with family. But these issues can be harder for women. And the darkest side of women's military service persists: sexual assault. 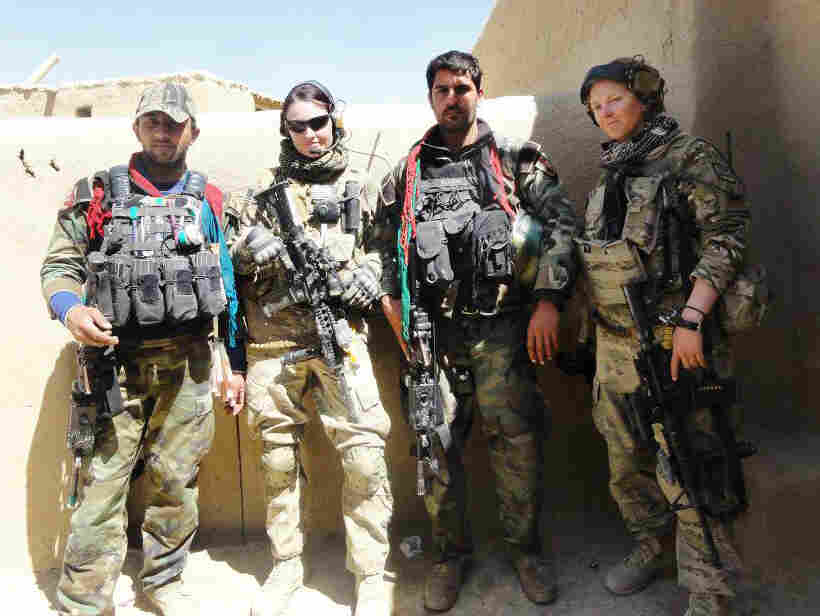 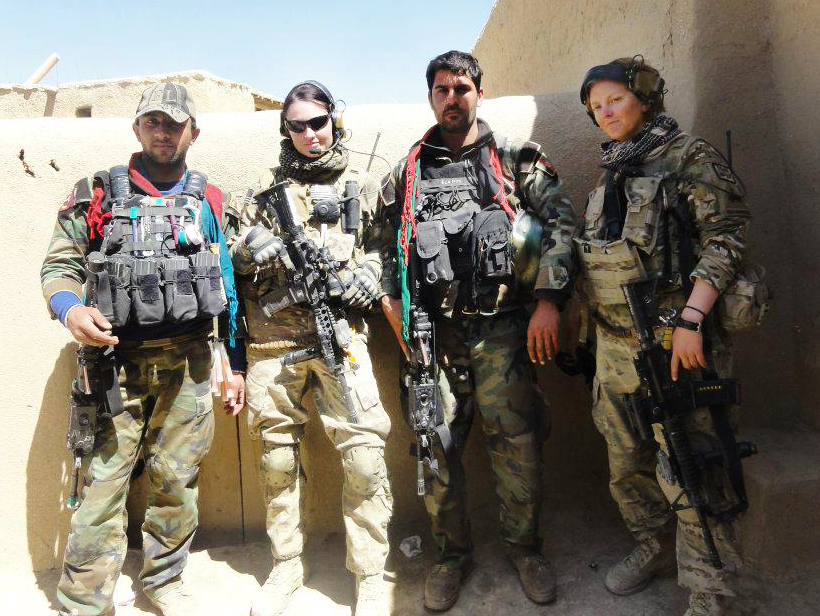 In a series of reports this week, NPR's Quil Lawrence looks at some of the most pressing challenges facing America's nearly 2 million female veterans. Like men, they often need assistance in finding jobs, dealing with PTSD and reintegrating into their families. And all too often, women say their military experience included sexual harassment or sexual assault.

Alyssa Corcoran experienced combat on her first patrol in Afghanistan. After she walked seven miles through the hills with 70 pounds of gear on her back, Corcoran and her platoon arrived in a mud-brick village in Logar province.

But they stayed too long in one place. Leaving the village, Corcoran heard for the first time the noise of bullets passing way too close.

"We were pinned down for about 20 minutes. We didn't exactly know where the gunfire was coming from," she says. "It actually sounded like firecrackers above your head." 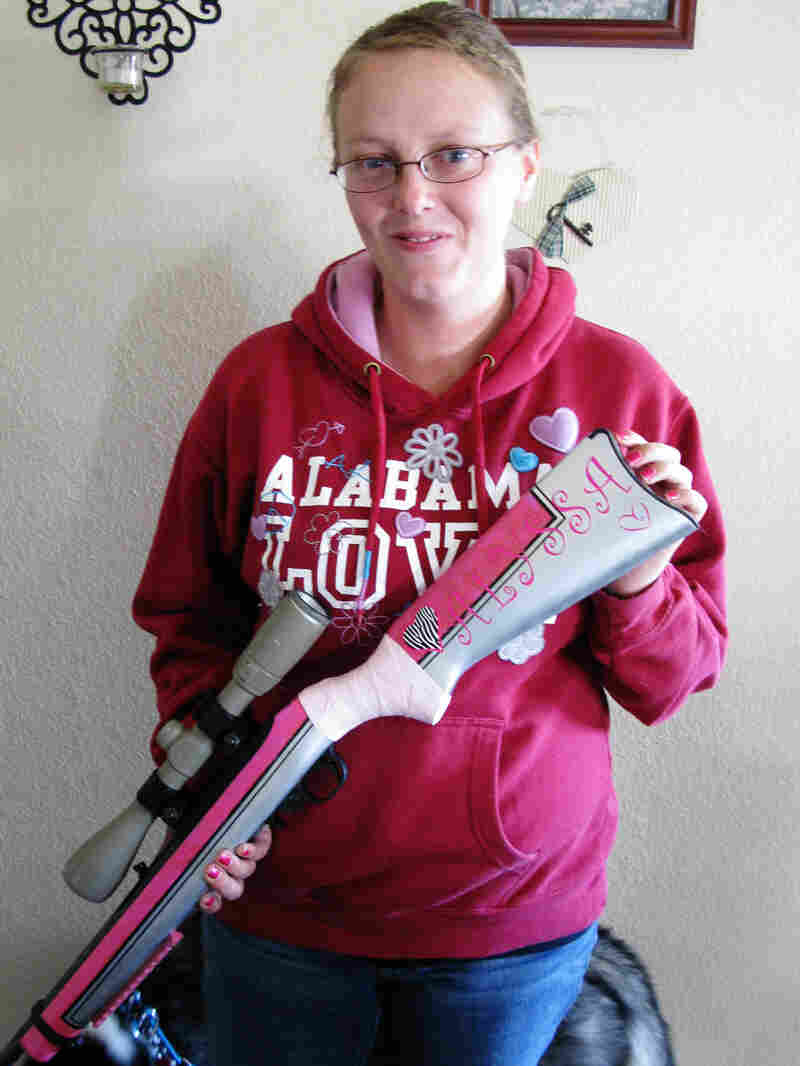 Corcoran holds a Ruger 10/22 rifle that she and her husband outfitted. The Army sergeant encountered combat on her first patrol during a yearlong deployment in Afghanistan. Quil Lawrence/NPR hide caption 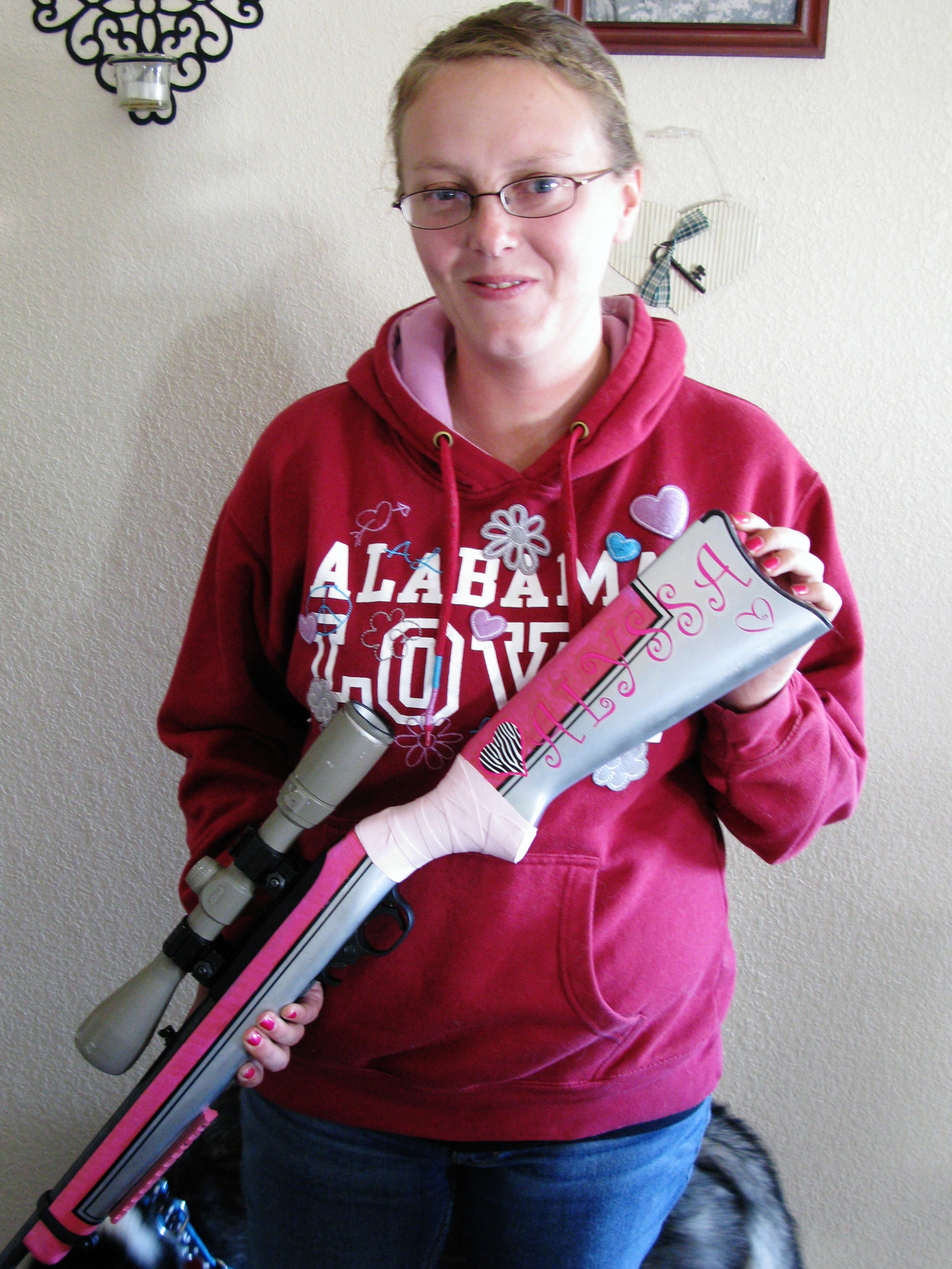 Corcoran holds a Ruger 10/22 rifle that she and her husband outfitted. The Army sergeant encountered combat on her first patrol during a yearlong deployment in Afghanistan.

Over the yearlong deployment, she stopped counting the number of times she was shot at — and the number of rounds she fired back.

Women like Corcoran just laugh at the mention of a Pentagon rule against female troops in combat that was recently lifted.

The Pentagon spent 10 years bending that rule in Iraq and Afghanistan. Infantry patrols and Special Forces units have learned the value of having women on their missions, as they started picking up a trove of intelligence from female soldiers' interaction with Afghan women.

"I think that we quickly realized how effective these women were," says Mike Hall, who served as the command sergeant major of U.S. forces in Afghanistan from 2009 to 2010.

Women make up nearly 15 percent of the U.S. military's 1.4 million active-duty personnel and 18 percent of guard and reserve forces. In the last decade, wars with no clear front lines blurred the distinctions between combat and supporting jobs, which put women under fire as often as most servicemen.

The Department of Veterans Affairs estimates there are 1.8 million female vets currently and an estimated 50,000 more will join the group in the next five years. Women have also expanded into the ranks of the fallen: 152 female soldiers have died in Iraq and Afghanistan so far.

Acknowledging they've been fighting these recent wars may be the first step toward aiding female veterans through the transition back to civilian life. But veterans' advocates say they're hard to find — and, therefore, harder to help. It's easy to spot a male veteran at a college campus or at the mall — they often keep the same crew cut and boots.

But female vets don't wear it on their sleeves as much. When they get out, many vets say they're eager to drop the masculine clothes and tight ponytails, and return to looking more feminine.

Just like men they need help: getting jobs in a tough economy, dealing with post-traumatic stress and reconnecting with family members left behind on deployment. That can be harder for women, who feel the guilt of having left their husbands or children behind, says Jane Grimes, a U.S. Army reservist.

"It's not acceptable for a woman to go," she says. "It's acceptable for men to go because they are men. 'My mom is not supposed to go do this stuff.' "

Divorce is higher among female veterans than male, and many complain that deployment has caused them to lose child-custody battles. Despite a push to build women's health clinics, the VA still looks like a men's club; many facilities lack everything from female doctors to women's bathrooms.

That lack of care, or reluctance to seek it out, hits female veterans hard: They're the fastest growing group among homeless veterans. Even for the women who don't make it back from war, things are different: Grieving families say women are often forgotten when Americans talk about fallen soldiers.

Betrayal From Within The Ranks

For all their success at new, higher-level jobs, the darkest side of women's military service persists. The Pentagon estimates that 1 in 5 women is sexually assaulted during her military career.

A Brief History Of Women In Combat

WASP: Women With Wings In WWII

Women in the military are at an increased risk of rape compared to the general female population, and a high number are raped more than once. Sexual assault is the leading cause of PTSD among women.

Many servicewomen describe a workplace atmosphere of constant sexual harassment, and a culture that sees women as weak and subservient.

Sabina Rangel is a Navy veteran who left a successful career behind after her commanding officers refused to investigate her rape by a senior non-commissioned officer.

"We were seen as providers — medical providers, food providers. We're also seen as sexual providers," she says. "It hasn't changed."

Reporting the crime brings on an ordeal nearly as bad as the sexual assault, according to dozens of women interviewed for this series. While the accused rapist is rarely detained, the victim faces the threat of retaliation by a chain of command that prosecutes only a small fraction of complaints.

Less than 10 percent of rape cases result in jail time — more often, the charges are downgraded to a misdemeanor like adultery, with both the victim and the rapist punished. The Pentagon has pledged, not for the first time, to tackle the problem.

"Sexual assault has no place in my Army, and no place in my military," says Maj. Gen. Gary Patton, who directs the Pentagon's Sexual Assault Prevention and Response Office. "It is an affront to the values that we defend and it erodes the cohesion that our units demand."

But a case just last month cast the Pentagon's most recent promise in doubt.

In November, a military jury handed down a rare jail sentence to an Air Force pilot for sexually assaulting a sleeping houseguest.

But last month, exercising a power allowed under the military code of justice, his commanding officer simply dismissed all the charges against the pilot. Female veterans say they doubt they will ever see real equality in the service with the military code and culture stacked against them.