Accessibility links
Mormons Change References To Blacks, Polygamy The changes are the first since 1981, and deal specifically with the church's original ban on black priesthood ordination and polygamy. One expert says these additions to Mormon scripture show signs of a more modern Mormon Church. 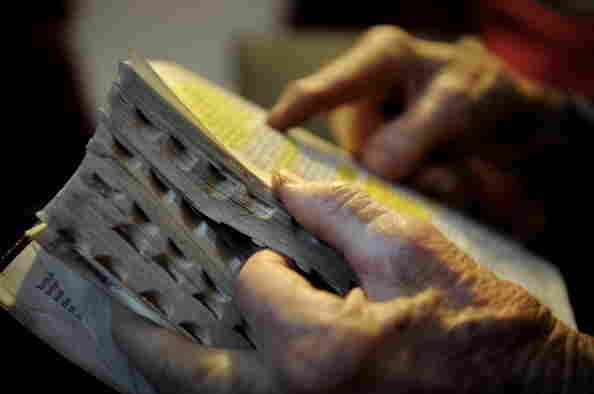 The Four Standard Works, which contains the Holy Bible, the Book of Mormon, Doctrine and Covenants and the Pearl of Great Price, are the holy scriptures of the Mormon Church. Craig F. Walker/Denver Post via Getty Images hide caption 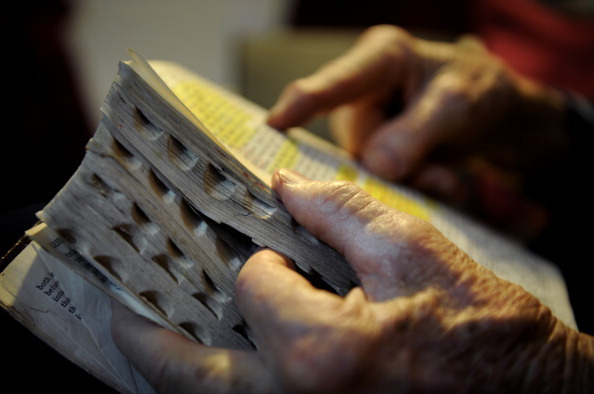 The Four Standard Works, which contains the Holy Bible, the Book of Mormon, Doctrine and Covenants and the Pearl of Great Price, are the holy scriptures of the Mormon Church.

The Church of Jesus Christ of Latter-day Saints released this week the most significant changes to its scripture since 1981.

The Mormon scriptures comprise four books: the Holy Bible, the Book of Mormon, Doctrine and Covenants and Pearl of Great Price.

Although there are grammatical revisions that will be contained in the 2013 edition of Mormon scriptures — available online now and in print format in August — the substantive changes come in terms of the introductions to the actual scriptural material.

"Those are what are really catching the attention of members of the church," Mormon scholar Terryl Givens tells Jacki Lyden, host of weekends on All Things Considered.

The two biggest additions to the new edition of Mormon scripture can be found in the book of Doctrine and Covenants, says Givens, a professor of literature and religion at the University of Richmond, and they deal specifically with the church's original ban on black priesthood ordination and polygamy.

Givens says Joseph Smith himself ordained black members of the church to the priesthood. But after Smith's death, beginning in the late 1840s, Brigham Young apparently charted a new direction in terms, and began what became known as "the ban," under which people of African-American ancestry were not permitted to hold the priesthood or to participate in temple ordinances.

"That was a policy that remained in place until 1978. It's really the albatross around the neck of the church, and it was for many, many years," says Givens, co-author of The God Who Weeps: How Mormonism Makes Sense of Life.

"I think that this new introduction to the revelation ending the priesthood ban is a major step forward in many ways because it acknowledges that the practice may have originated — it seems to me, this is how I'm reading it anyhow — as a matter of error or cultural and historical conditioning rather than as the will of God," he says. "And that's a fairly significant statement for the church to make."

The changes also deal with polygamy. A new introduction included in Doctrine and Covenants, Givens says, declares that "monogamy is God's standard for marriage unless he declares otherwise."

"I think that one could read that almost as an inversion of many Mormons' historical understanding of plural marriage," Givens says.

"In many ways, what we're seeing with these changes is the privileging of history over theology in some ways," he says. "It's a kind of acknowledgement that the Mormon Church is rooted in a past that is replete with historical claims. And it's a magnificent thing for a church to allow professional historians to have a lead role in the way that scripture is presented and its story is told."